Della Oake is immortalised in hundreds of dramatic photographs taken by the best in the business: Cecil Beaton has her in dramatic butterfly sleeved Schiaparelli in 1951, and the same year Norman Parkinson snapped her clutching her ballgown outside a stately home, looking like Cinderella pausing while running from the ball.Lee Miller showed her haloed in steam and immaculately glamorous at a train station for a story about fashion for travelling for Vogue.

These photographs are in the collection of the National Gallery, amongst others. Della, who was the first British model to be featured on the cover of American Vogue, is the quintessential porcelain skinned beauty of the 1950s, fine boned with blonde hair and large, icy blue eyes and as poised as a princess.

Della Oake, who was born in 1929, started her career as a supporting artiste for the movies. She was discovered backstage at Shepperton Studios by Cecil Beaton, who describes her in his customarily unkind fashion: “I noticed a picture of misery sitting on a packing case. She was wearing tawdry finery supplied by wardrobe and a tired cotton camellia on her partly dyed head. I realised that this extra had something extra.” He went on to recall that Della “Gave a refinement and delicacy to everything she wore, until she was claimed in marriage by an American tycoon.” He was exceedingly proud of his discovery and she was one of his very favourite models. 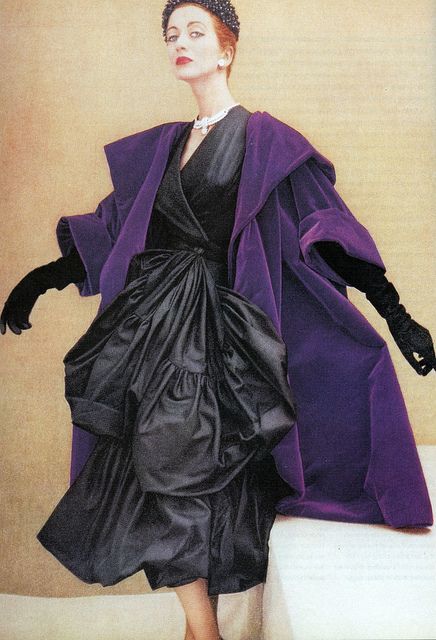 Della Oake in Balenciaga, photographed by Henry Clark in 1952. Image via Pinterest. 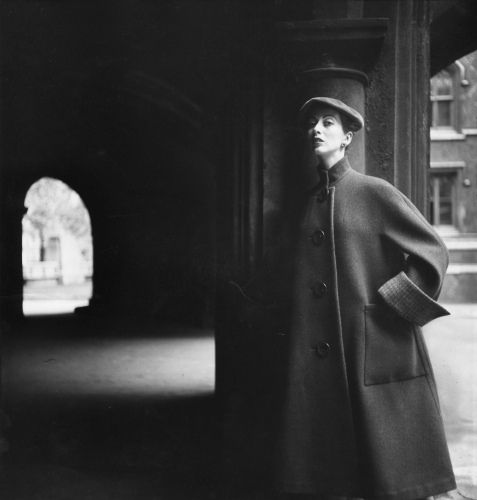 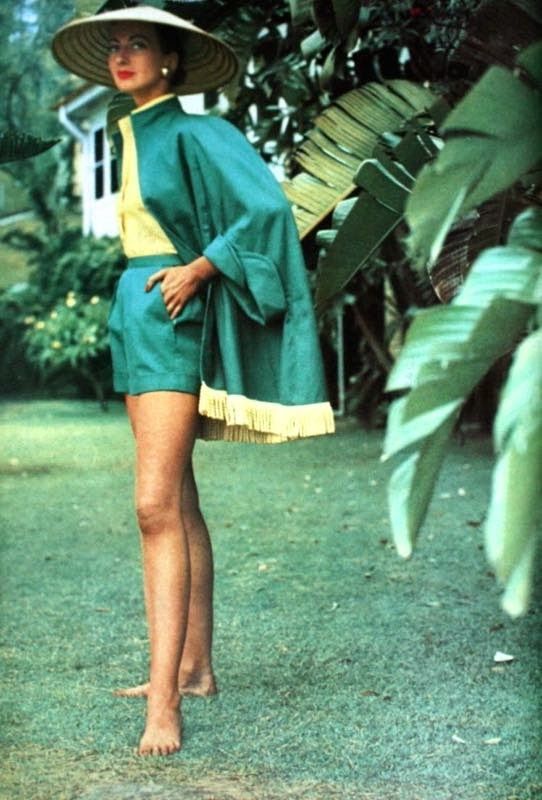 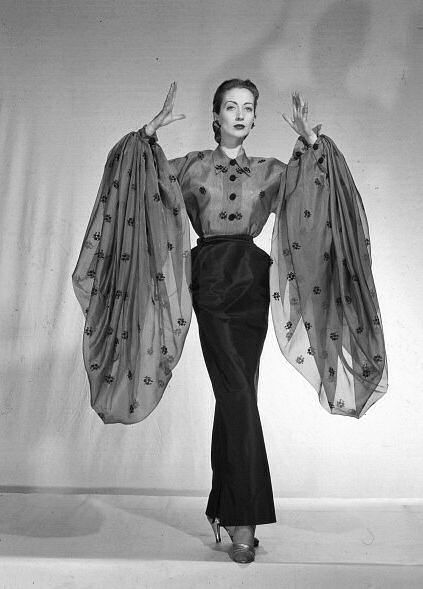 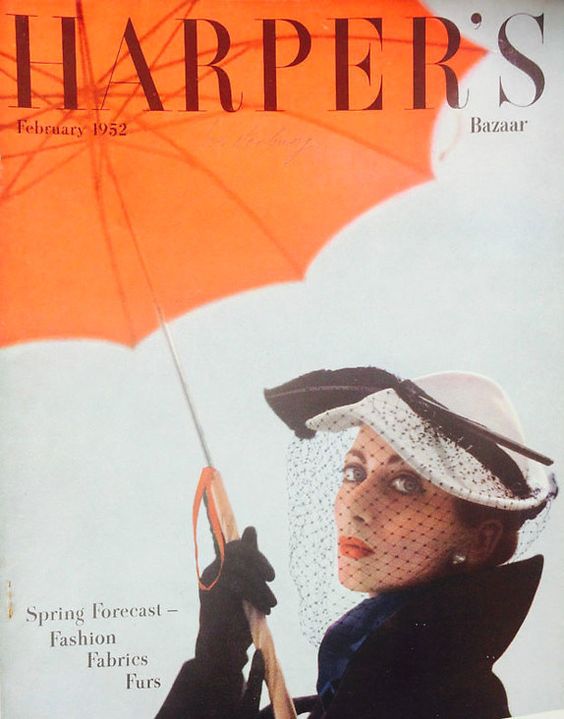 On the cover of Harper’s Bazaar, 1952. Photo by Richard Dormer, Image via Pinterest. 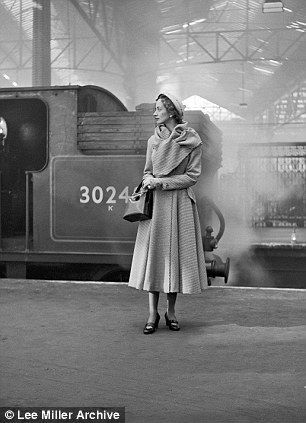 By Lee Miller. Image via Pinterest/ the Lee Miller Archive.

Della Oake, all wrapped in a Christmas Bow

He photographed her in London, Paris and New York, in the studio and on location. For Christmas 1951 he wrapped her in a giant red bow for the cover of Vogue. Any other model, however sparrow-like, would have appeared camp as, well, Christmas. Della came out of it looking ethereal. She was also perfect for his “chamber pieces” and featured in several. These were like still lives with models: several aristocratic looking beauties would be arranged around an aristocratic looking drawing room, looking perfectly sculptured and entirely without a thought in their heads.

She was a very popular model not only for her looks but her acting skills. Although they all revolved around a kind of frosty hauteur, she had a flexible range of women she could embody on request: soignee, demure, elegant woman about town. She got first pick of which of the Paris collections she wished to model and didn’t always choose the most obvious. A Balenciaga suit with a nipped waist but huge puffed sleeves would be challenging for anyone but again Della pulled it off.

Delighted all the Photographers

Henry Clark and Clifford Coffin, who didn’t like anyone, both loved her. Clark photographed her in the Paris collections in the studio but Coffin had the idea of taking her to Stonehenge. He was disgusted to find the stones far smaller than he expected and entirely the wrong colour, so the shoot was called off- but not before Coffin had been spotted taking his feelings out on the monument by kicking the stones.

Della Oake had a tinkling laugh and seemed very prim but it all hid a mischievous sense of humour. Remembering shooting that “Cinderella” scene with Norman Parkinson she secretly raised an eyebrow at his snobbery: “I loved going on location with him. He made such funny remarks while driving. He thought” Stockbroker Tudor” was rather declasse as we passed it by, forgetting we were in a rather ostentatious 1939 Cadillac from the United States…”

Della travelled the world modelling, being commissioned to appear in catwalk fashion shows as well as photographs. One behind the scenes shot sees her getting ready to travel to Amsterdam with the famous actress Katie Boyle.

There is not much record of Della beyond the very early 1950s. Presumably she, as Beaton said, married and disappeared from public view. There also isn’t that much information on her life before modelling. But for those few years in her early 20s, it seems she had a great time. I hope she had many more joyful moments after that, enchanting many more people and travelling the world even further.