Simone d’Aillencourt was the absolute epitome of everything you think of when you think of a chic Frenchwoman, and as well as that, just what you imagine a beautiful model of the Sixties would look like. She also stars in a series of classic fashion photography images.

In fact, she had never intended to be a model but when she came to London to improve her English so many people assumed that she was it somehow seemed rude not to be. It turned out to be a skill she possessed: “I don’t think I’m pretty or beautiful, but I do love fashion and I could transform myself very quickly to suit whatever I was wearing,” she said.

She starred in photos by William Klein, Melvin Sokolsky and Irving Penn and was published hundreds of times in Vogue and Harper Bazaar.

Arriving on the modelling scene in 1954 she had the perfect lady-like look for that decade, which she successfully morphed into – not a Swinging Sixties chick but a distinctly elegant Sixties lady. Her career, like many models, was quite short – only fifteen years long – but during that time her body of work was iconic. 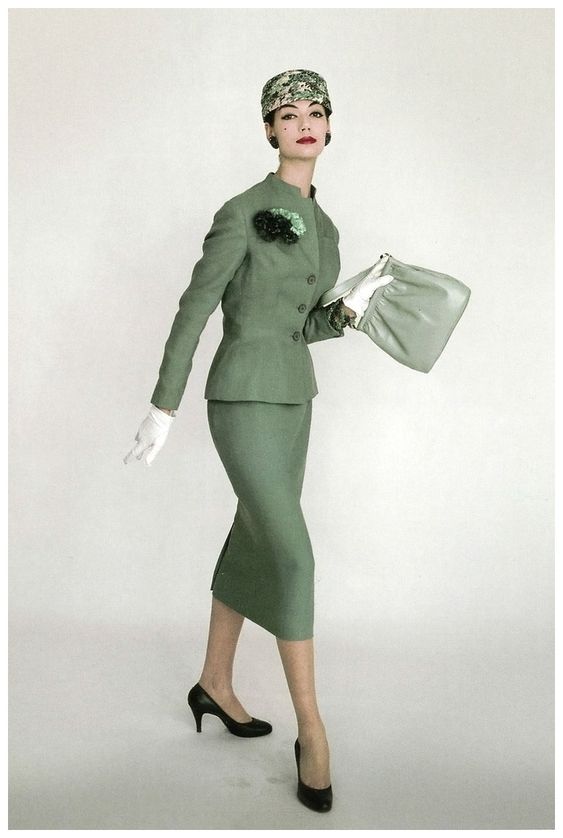 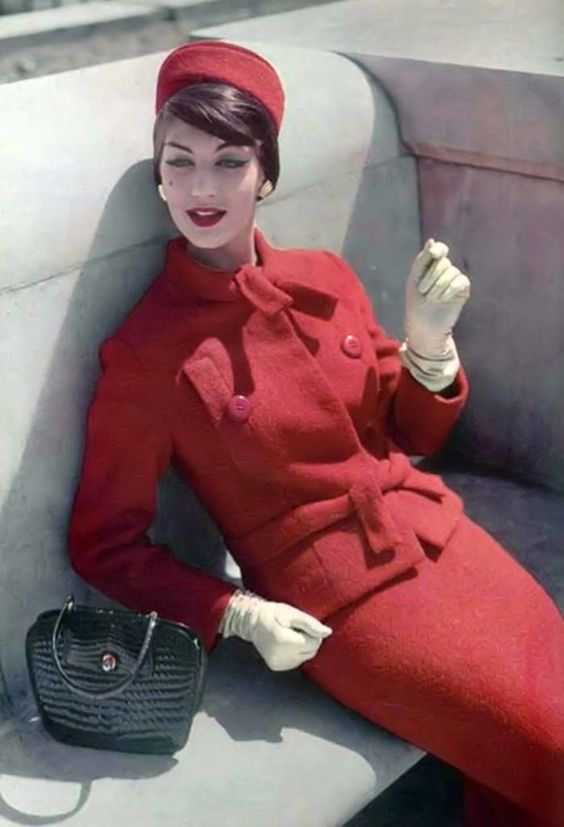 This photo is so similar to the one before, yet somehow the elongated cat eye and slightly different hair let us know that we’ve arrived in the 1960s. Simone d’Aillencourt, 1961. Image via Pinterest. 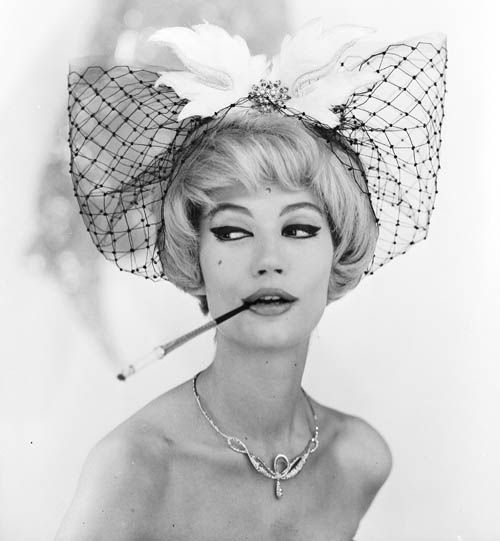 This image is very playful. Here, D’Aillencourt looks like an actress, what with the wig and props. Image via Pinterest. Simone d’Aillencourt, Arachne magazine, 1959, by Georges Dambier. 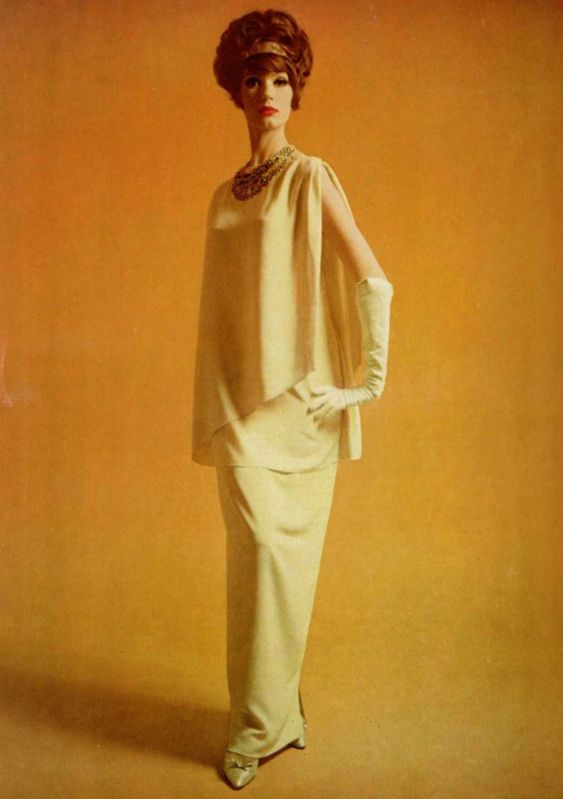 Simone D’Aillencourt photographed for L’Officiel Magazine in 1961. This is what I mean by quintessentially 60s but very, very ladylike. She looks like a Grecian queen. Image via Pinterest. 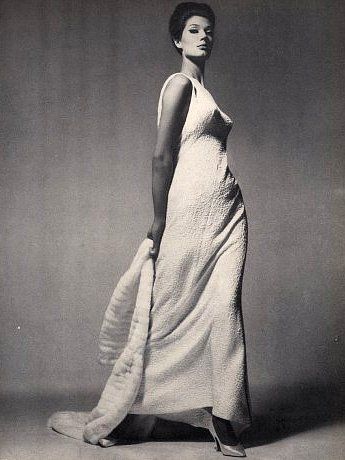 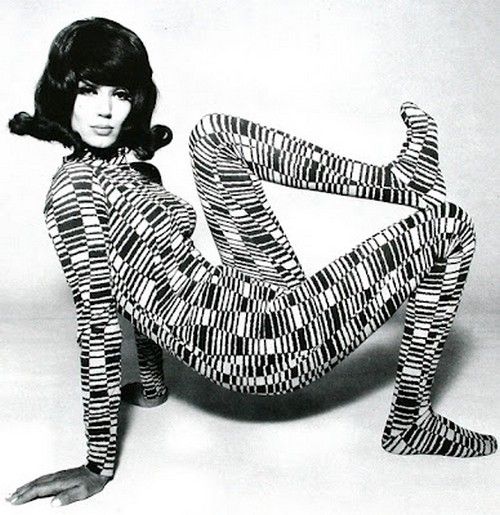 Now this is a classic vintage fashion Swinging Sixties look and pose. Image via Pinterest. 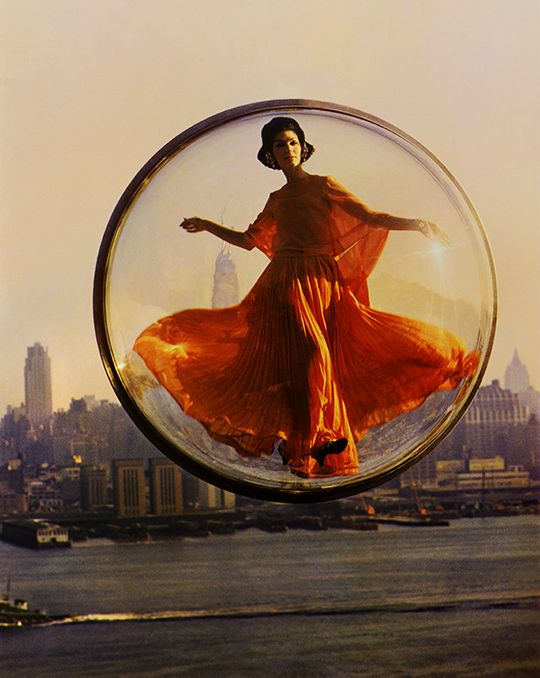 One of those famous images. Simone D’Aillencourt captured by Melvin Sokolsky. Image via Pinterest.

Simone D’Aillencourt was born on 22 September 1930 in Vizille, France. Her parents were Leon and Anna Daillencourt.

In 1954, she came to London to improve her English. On a visit to Edinburgh, she went to see Lucie Clayton, the modeling agency. She signed with the agency and was immediately booked for several shoots. She appeared first in British Vogue, and then French. Pierre Cardin loved her looks and requested her often to model his work. Jacques Heim also often asked for her, too. Irving Penn, John French, Henry Clark and Richard Avedon took many photographs of her, along with French photographers Georges Dambier and Jeanloup Sieff. She wore all the French couture: Balenciaga, Dior, and Hermès amongst others. The photoshoots featured in Elle, L’Officiel, and Le Jardin des Modes as well as British and French Vogue and Harper’s Bazaar.

Eileen Ford, the model agent who was capable of making little-known mannequins into world-famous supermodels, saw her face in the magazines and invited her to New York. She signed her for Ford Models in the US. D’Aillencourt met and started modelling for Diana Vreeland which gave her the kind of profile in the US which she already had in the UK and France.

Simone d’Aillencourt was stunningly beautiful. She was slender and tall and her posture was very upright. At the time, hair, makeup and even accessories like shoes and tights were provided by the model. It is likely that she brought the wigs you often see her wearing herself. It’s quite unusual to see midcentury model in wigs, especially with so many different colours and styles.

Her Most Famous Photos

In 1963, Simone d’Aillencourt did some test shots for a Harper’s Bazaar commission with the photographer Melvin Sokolsky. Sokolsky was really interested in Surrealist effects. “I was walking past a department store in New York, it was coming up to Christmas and they had these two bubbles in the window, and I remembered this painting by Hieronymus Bosch in which it looked like a bubble was coming out of the ground,” he explained.

Sokolsky wanted to put models in bubbles and make them look like they were floating down rivers or across Parisian rooftops. In actual fact, the “Bubble” was made of strong perspex, dangled from a crane by a sturdy steel cable. The cable was later airbrushed out of some of the pictures to give the floating effect. The strength of the ensemble was tested by hanging a small car from the crane using the same wire. It held up. But it was still a strange and risky suggestion for the models.

D’Aillencourt was not only up for it, but unfazed by the strange set up. She would climb into the hinged perspex bubble, it was closed and swung into place. Sometimes the crane operator misjudged things – once her expensive shoes were ruined as she was dipped half way into the Seine River. The photoshoot was so successful that it was repeated in cities across the world.

Simone D’Aillencourt officially retired from modelling in 1969 with a series of photographs in India with Henry Clarke but she has done occasional shoots over the years. The last one was for the cover of JOYCE in 1996, when she was aged 66 and looking really fabulous. Diane Pernet, the editor who made the decision to book her for that shoot, said that she was told that had she been working for Conde Nast she would have been fired for that. We are glad she wasn’t, and as a side note, many older models have appeared on magazine covers lately.

After Simone d’Aillencourt’s official retirement from modelling, she opened an agency, Models International, in Paris. Her daughter, Béatrice Bénazéraf came to work with her. The agency was responsible for spotting Vibeke Knudson and Apolllonia van Ravenstein, who both became favourites of photographer Helmut Newton. It was very successful, and a second agency was opened in Milan, which was called World. However, World was firebombed. Fortunately no-one was hurt. The reasons and perpetrators were never discovered. It never re-opened after the attack.

In 2008 Simone D’Aillencourt appeared at a photography festival in Hyères with Melvin Sokolsky to celebrate his work. She died in 2012, at the age of 84.