The most famous photo of Wenda Parkinson is of her pale and unsmiling, wearing a Rahvis ballgown in the ruins of a grand house which has been shattered by bombs. When the photo was taken by Clifford Coffin, she was Wenda Rogerson. But when Norman Parkinson discovered her, he claimed her as his favourite model.

They created some amazing fashion photographs together. But other photographers didn’t like him monopolizing her beauty and there was a fierce rivalry in the corridors of Vogue. A year after their first assignment together, Wenda and Norman got married.

Wenda Parkinson – One of the 20th century’s top models

But, to the credit of her skills and stunning beauty, Wenda Parkinson is not known as Norman Parkinson’s wife, but as one of the 20th century’s top models. She was also an actress and an author. She worked for British Vogue, Harper’s Bazaar, and American Vogue. Wenda featured in hundreds of photos for those magazines and others,  modelling all the top designers of the day including Christian Dior, Molyneux and Hardie Amies. 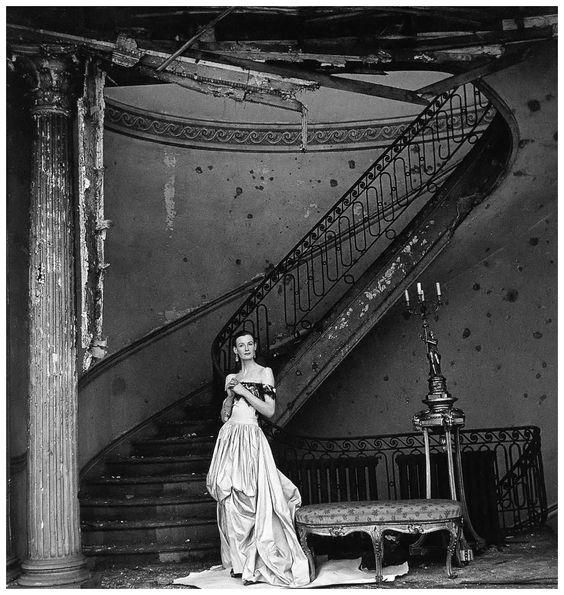 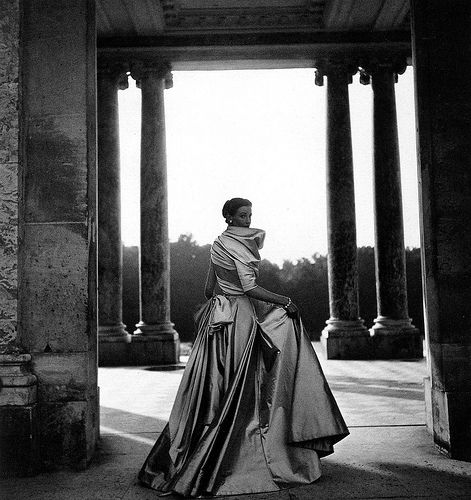 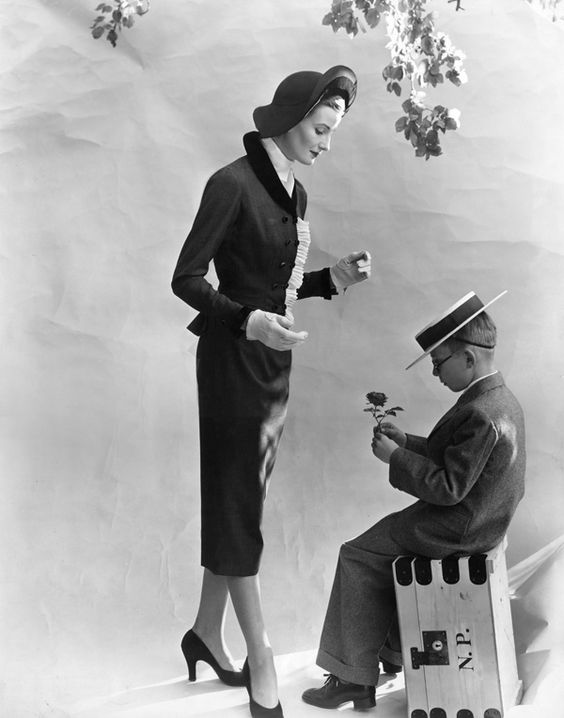 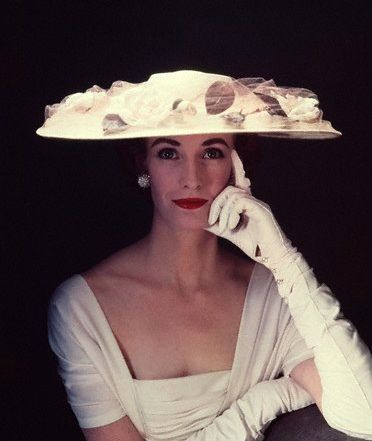 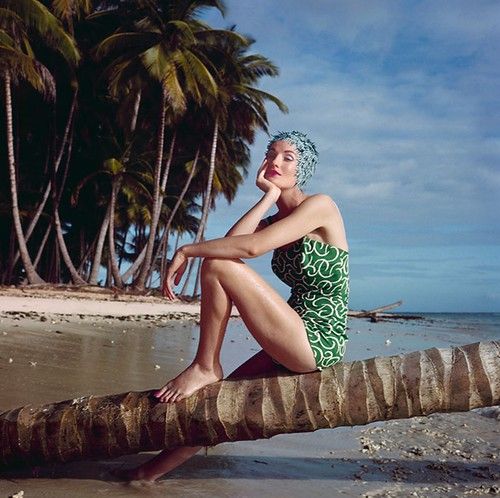 Wenda Rogerson was born in 1923. She trained at the Royal Academy of Dramatic Art (RADA) in her teens. In 1946, she was appearing in a play at The Arts Theatre Club when she was spotted by Cecil Beaton. Beaton, along with the other Vogue photographers, always kept his eyes open for young, beautiful women who could possibly be models. Now it is very rare and a bit of a myth to be spotted on the street, but back then the photographers went out scouting for themselves, hanging around outside schools in some instances. In any case, Wenda was not a schoolgirl but an actress, which was Beaton’s other happy hunting ground. Actresses often made a bit of money on the side by modelling too, and Wenda was happy to oblige.

Wenda Parkinson had a striking widow’s peak and a perfectly symmetrical rectangular face. She also had the fashionably slender body of the times. Beaton’s photos of her were considered rather pedestrian, but they worked together quite a lot. When Norman Parkinson saw them, he was convinced he could do better. They first met at Vogue Studios. She was posing in a huge hat.”So what’s under that?” asked Parkinson. Wenda looked up at him. “Oh, it’s you,” he said. He booked her as much as he could. In the photographs by Parkinson, she comes alive. Her face, more often than not, softens in a gentle smile. She said that she saw her role as a “witty underplay” to the scenes he set her in. “The pictures I took, all of Wenda when we were first married, offered to my camera a quiet beauty that does not look so out of date today,” he commented, many years later.

In 1947, she married Norman Parkinson. It was her first marriage, and his third. They bought a beautiful house together in Twickenham, near London. After the marriage, unlike many models who immediately retired, she continued working: primarily for Parkinson, it has to be said. They created a striking and original body of work together, often on locations abroad. Parkinson also took charming family portraits featuring his wife, including a humorous one now in the collection of the National Portrait Gallery where Wenda and their children Simon and Sue push a heavy lawn roller while Parkinson himself relaxes with his feet up and a cup of tea.

Wenda had a few roles on stage. In 1949 she featured in the film  The Passionate Friends.

“I got this zest, this renaissance after the war” said Norman Parkinson of his work. Much of it was down to Wenda Parkinson, who posed for hundreds of pictures for him around this time. Her elegance was seen as quintessential English beauty. Parkinson said that her beauty was “frozen, permanent, it does not age”. He put her in scenarios like sitting next to old men in Yorkshire pubs, or with her erect back to the camera, or draped across the bonnet of a Rolls Royce. She stands at the bottom of waterfalls or sits in cars, waiting to be helped out. In all of these, it’s true that her beautiful face does not change, but her hair colour and style do surprisingly often: it is glossy and black, fluffy and brown, screen siren blonde. In part, you can see these changes so clearly because Parkinson liked to shoot in colour, way ahead of his contemporaries and had a great sense of how to make different hues stand out.

Moving to the Caribbean

In 1963, the Parkinsons moved to the Carribean island of Tobago. Wenda Parkinson continued to model occasionally for her husband. She was known as a fantastic hostess, and the couple had many visitors. Lots of them were from the world of celebrities that Norman photographed. When she was not in front of the lens, Wenda often went with Norman on his photography trips. Jerry Hall, the 70s and 80s model, remembers Wenda’s charm and how solicitous Norman was of her, making sure she was warm and comfortable out on location.

In 1978, Wenda Parkinson’s book This Gilded African: Toussaint L’Ouverture was published. It was a biography of the Haitian general and best-known leader of the Haitian Revolution. She had been researching it, often from original source material, for several years with visits to Haiti and libraries and archives all over the world. It came to be known as definitive with many original discoveries and was reprinted several times

Wenda Parkinson died at age 60 in London on Oct. 24, 1987. Shortly after that, the house they had shared in Tobago was destroyed by a fire. Norman died in 1990. They live on together in the archives of hundreds of wonderful photographs, with Wenda in front of the camera and Norman behind.