Ailsa Garland was the editor of Vogue from 1960-1964. She was also the first female editor at the Mirror Newspapers, heading up the new Women’s Pages, and worked as a journalist on many other publications as well as broadcasting on TV and radio, including a regular program on Women’s Hour. She covered fashion but also many other subjects of interest to women.

As a Vogue Editor, Ailsa Garland’s reign was short, but interesting.

Ailsa Garland was born in 1917. She was educated at the La Retraite Convent, London, and Heathneld House, Cardiff, as well as several other places due to her family moving fairly often.

Her first job, at the age of 17, was for the Bank of England. She took it although she was bad at adding up because she wanted to join the excellent Dramatic Society there. She enjoyed performing but wasn’t a huge success. After that, during the war, she worked as a Wren showing educational films to sailors. She was one of only a handful of women among hundreds of men. When her father died and her mother, who had always been ill, became more so, she had to leave the Service, and (regretfully) move back home to be with her. She took another job in a bank, and after that as an assistant at two export firms, one dealing in cosmetics where she ended up writing leaflets and instruction labels.

From 1947 – 1950 Garland was hired to work on The Vogue Book of British Exports as the Fashion Editor.  At the time, Britain was trying to stimulate export, and this was Vogue’s contribution. This was a yearly magazine supplement aimed at the buyers for stores in other countries. “Please circulate to buyers of all fashion departments” was printed in large text at the bottom of each cover. It contained images from Vogue photographers like Lee Miller. Garland arranged photoshoots, and selected wardrobes for British celebrities to wear during important trips abroad.

From 1950-2  Ailsa Garland edited Shopping magazine. It was a small startup with a tiny budget, but, partly thanks to her contacts from Vogue, she attracted top models, photographers and writers. She was very happy in those years, and good at her job, but due to that small budget, there were cutbacks and she had to go. After that was a short stint as a marketing manager for a fashion firm. Garland had a strong work ethic, initially because she needed to make a living to support her mother.

Later on, when she had a much-wanted child in 1957, she did not stop work in order to become a housewife and mother. Her bosses at the Mirror supported her in this decision, which was actually rather controversial at the time. She adored her child, Timothy, and didn’t send him away to boarding school. She made sure that she finished work at 6pm as often as possible to be home in time to have bedtimes with him. But she never sacrificed her career for him, or for her husband when she first married. She also had full household help with a full time nanny and a daily cleaner.

A First for the Daily Mirror

In 1953 Ailsa Garland took the role as women’s editor at the Daily Mirror. This was a newly created role for a newly created section. The publishers wanted the paper to appeal to everyone, not just men. When she joined, the only reason to print a picture of a haute couture dress was to laugh at it. By 1959, Garland was awarded the Penna d’Oro, Italy’s Golden Pen Award, for journalistic services to Italian fashion.

The approach was to cover the collections, but to take an angle on it that would appeal to the average women. They considered which shape suited which body type, and showed innovations in fabric by stuffing dresses in chocolate boxes and pulling them out – with no wrinkles – to show how practical new man made fabrics were for packing. They also had problem pages, fitness crazes, bridal competitions, and other features similar to that which you find today.

While working at the Mirror, she also had spots on the radio programme Women’s Hour, and when she travelled to America for the paper was interviewed by the press there as an authority on Britain and British women. 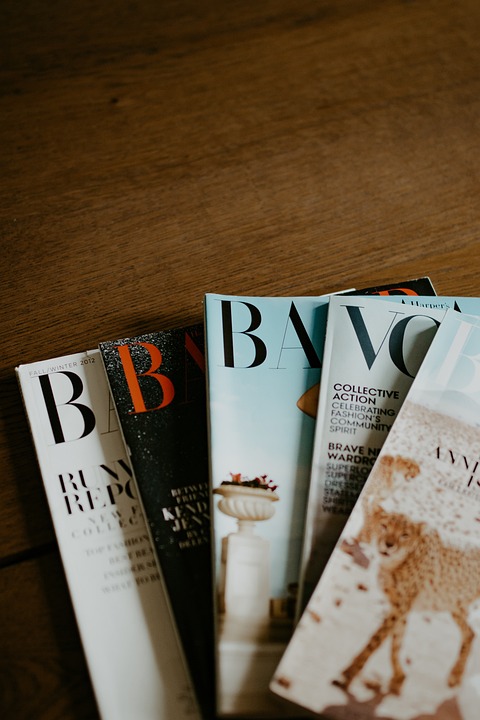 In January 1960 Ailsa Garland took the top job at Vogue. But Garland was not the Vogue team’s first choice. The current editor, Audrey Withers, had been suffering excruciating back pain for some time and, having taken measure like putting a sofa in her office to work from whilst lying down and taking the waters at Baden-Baden, eventually accepted she must retire. She wanted to help find the right person to succeed her.

The process took eighteen months. Having first asked Pat Cunningham, the fashion editor, who turned the offer down, the Vogue management approached several others in the fashion world before turning to Ailsa. The team knew her, having worked with her on The Vogue Export Book some years earlier. Rather ominously, Harry Yoxall, the managing director, wrote in his diary in August 1959: “Ailsa Garland, for better or worse, has accepted our offer of the editorship, to join us early next year.”

Audrey Withers stayed on for a year at Vogue after her official retirement, to guide Garland in her new role. “But she never in a whole year asked me a single question. I think so often people’s behaviour indicates insecurity”. The rumour was that they did not get on.

Garland definitely did not like the brand new office that she had inherited at Vogue’s new Hanover Square premises. “This office was a square, glass box, the walls of which did not reach the ceiling, and was part of the open plan adopted by the Company. […] I hated it. I could not pull up my stocking or powder my nose except in full view of anyone passing by.

Ailsa Garland’s appointment at Vogue lasted four years. She never really settled into the role and despite discovering many enduring talents like David Bailey, her relationship with both staff and management was argumentative. She felt that management interfered with what should have been purely editorial decisions. An argument with Pat Cunningham lead to the Fashion Editor walking out. There were an explosive few weeks and then Garland, too, left.

Editor in Chief at Women’s Journal

Ailsa Garland went straight into an even more prestigious job, which was the Editor-in-Chief of Woman’s Journal. At the time, this was the women’s magazine with the largest circulation in Britain. She was so successful in the role that in 1965 she launched Man’s Journal, a rather literal-sounding attempt to replicate its success for male readers from the same publisher. Hardy Amies was its first guest editor. Again, she stayed with Woman’s Journal for four years. Man’s Journal lasted only four issues, perhaps being ahead of its time. Garland also launched and was the editor for Fashion, a luxury glossy which was also short-lived, from 1967-68.

In 1970, Garland was at the height of her fame when she published her autobiography, Lion’s Share.  She was asked to become the Fashion Coordinator for the whole of the IPC Magazine Group in 1975.

For more Vogue Editors through the prestigious magazine’s history, have a look at our entertaining series of biographies listed here.