Dorothy Todd was British Vogue’s second editor, taking over from Elspeth Champcommunal in 1924. She was openly lesbian, with many lovers including the magazine’s fashion editor, Madge Garland. Together they made a revolutionary magazine which was flamboyantly highbrow, cultural, artistic and queer. Todd was a cultured and vital woman, who dressed with élan and was linked with everything fashionably avant-garde, sexual and commercial in London and Paris.

Todd worked with photographers and illustrators like Man Ray and Jean Cocteau, and the vast majority of the Bloomsbury Set, including Duncan Grant, the husband of Virginia Woolf, Woolf herself, and Vita Sackville-West, Woolf’s lover. She also invited and encouraged many young unknowns into the fold, including photographer Cecil Beaton, whose work she was among the very first to publish.

Dorothy Todd is a queer icon, and as Vogue Editor in Chief, changed publishing radically.

Dorothy Todd, born in 1883, was always known as Dody. Her parents were Ruthella and Christopher Todd, and she had an older brother named Alfred, known by his middle name, Eric. Christopher Todd was a wealthy property developer, and they owned a great deal of Chelsea. The couple were members of high society. When Christopher died, he left Ruthella, who was his much younger second wife, £33,000. She quickly squandered much of it on alcohol and gambling, despite the fact that it was meant to have been held in trust for Dorothy and her brother.

Todd spent most of her childhood accompanying her mother on trips to the casinos of the South of France. She was home educated, including lessons in Latin and Greek.

Todd had an illegitimate daughter, born when she was 22. Her name was Helen, and Todd brought her up under the pretence that she was her niece. Even Helen believed this until much later in life. The birth was initially registered in Paris by Ruthella and her boyfriend, a man called Harry Luckach. The parents were registered as “unnamed”. When Helen was baptised six months later in London, Dorothy Todd was identified as the mother, but the father was still a blank. Within the family, it is believed that Luckach was Helen’s father. Since Dorothy was never known to have been in a relationship with a man, the conception may have been non-consensual.

In many ways, the existence of an illegitimate daughter seemed more scandalous and was far more hidden than Todd’s sexuality. But Helen was never rejected by Todd, and always looked after materially. But her mother’s treatment of her swung between doting and dislike. 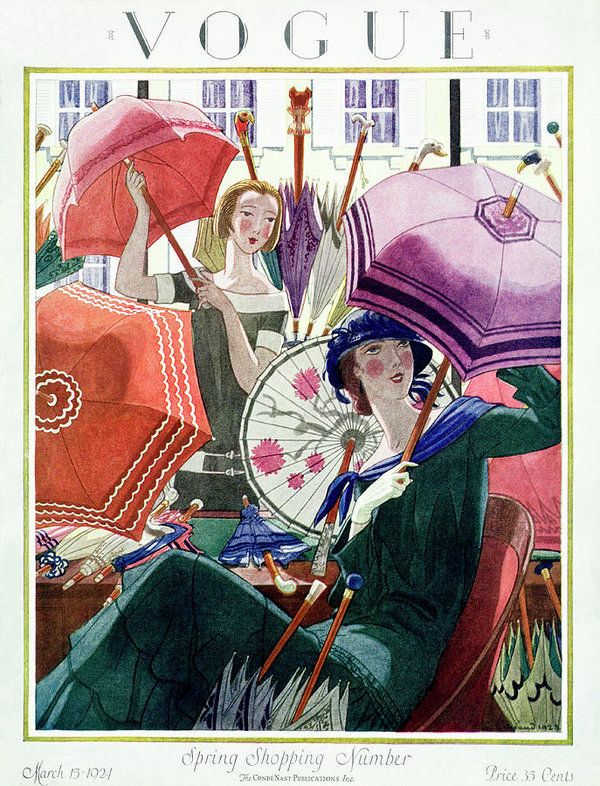 Dorothy Todd spent some time in training at the offices of Condé Nast in New York under Edna Woolman-Chase before being transferred to London to become the editor at Vogue. She was 40 years old at the time. How she had come to know Nast or become involved in journalism is a bit of a mystery. However, she was probably already working for Vogue in some capacity. Editors were usually promoted up the ranks.

Todd’s position in society, what with her wealth and trips to fashionable French resorts, would also have suggested her as an ideal candidate for the top position. Nast liked the idea that as a primarily society paper, its editor could ask her friends, who would ideally be the nobility, to appear in its pages.

Dorothy Todd was very self-assured, described as very quick, very amusing, and also having a forceful personality. She dressed in a suit with a velvet collar and a fashionable skirt, and had short, dark, slicked-back hair. Her accent was plummy, and she always had a fresh flower in her buttonhole and walked in a cloud of expensive perfume.

While at Vogue, Todd met Madge Garland, the 26-year-old fashion editor. They very quickly became a couple. Todd and Garland had a wild social life, and often threw parties at their Chelsea flat. The guests included writers, actors, designers, photographers, painters, dancers, composers, and socialites, both potential and current contributors to Vogue. The couple also took many of these people to lunch and dinner, often on Vogue’s expense account. Their life together was celebrated by Frederick Ashton in a ballet called “The Tragedy of Fashion”, with set and costumes by Sophie Fedorovitch.

The result was a Vogue that was pioneering amongst any magazine of the time. High art and high fashion were presented as equals, conjuring the world of Paris as well as English soil. Picasso, Matisse, Derain, and Proust were discussed, as well as the actors Arletty and Jean Marais. The names Sigmund Freud, Marianne Moore, and Bertrand Russell appeared. Edith Sitwell contributed poems, in addition to the whole cast of Bloomsbury already mentioned.

But when looking for someone who had friends in Society, perhaps the Bloomsbury type of society, who famously “lived in squares, painted in circles and loved in triangles” wasn’t what Nast had in mind. In September 1926, Dorothy Todd was fired. Condé Nast and Edna Woolman Chase accused Todd of not being able to make the magazine turn a profit. This was a little unfair since the magazine had been continually on the verge of folding for years before she came along. That year the General Strike had also paralysed businesses all over England.

Dorothy Todd was known as quite a difficult personality, and her management style wasn’t great, with mood swings and fits of temper being the norm in the office. The Vogue management also complained that she and “the fashion department”, essentially, Madge Garland, were away from the office together for days at a time. But most likely it was Todd’s sexuality which made Nast and Woolman-Chase uneasy.

A few days later Garland was also fired. Dorothy Todd attempted to sue for breach of contract. Nast and his team responded by threatening to attack Todd’s “morals” publicly. She backed off and accepted a payoff of £1,000. It was one thing having friends know you had a girlfriend, and it being an open secret in general, but quite another being hounded for it. Lesbianism wasn’t illegal, but if a scandal was created, neither of them would be likely to survive it. The Vogue staff stood in appalled solidarity with the pair. Several resigned in protest, and freelancers refused to accept commissions.

After they were fired, Dorothy Todd and Garland seemed unperturbed and were seen together at the ballet quite cheerfully a month or so later. They had ambitious plans to put together a magazine of their own. It was to be “Vogue, only quarterly”. Todd was also busy writing a book on Modernist interior decoration. By early 1928 the magazine had plenty of willing contributors, but no funding.

Virginia Woolf went to visit and, typically of that set, contradictorily described the scene cruelly for her friends and quite differently in her diary. To her sister, Vanessa Bell, she wrote: “The Todd ménage is incredibly louche: Todd in sponge bag trousers; Garland in pearls and silk; both rather raddled and on their beam ends.” In her diary it was: “Todd’s room; rather to her credit, workmanlike; Garland pearl hung and silken; Todd as buxom as a badger. […] The whole atmosphere professional; no charm, except the rather excessive charm of Garland.”

It turned out that Dorothy Todd had debts left, right and centre. Many were taken out in Garland’s name without her knowledge. Garland paid them all off. Todd had started drinking a lot, and becoming very cruel to Garland, making her cry for hours. They split up.

The Name That Need Never be Mentioned

Madge Garland had a difficult year following that, but her friends supported her. She managed to make a comeback, becoming the women’s editor at two magazines in 1929, and in 1934 was re-hired at Vogue as the fashion editor, at the wage she had commanded for both the magazines she had been working for put together. Some people still avoided her after the scandal, and others snubbed her as they felt she had used Todd to get ahead.

Dorothy Todd didn’t fare so well. Although the situation had not made the general press, “When Miss Todd came to see us, [she] need never be mentioned ” as Gertrude Stein put it. Not many friends visited. If they did, it was furtively. Her book, The New Interior Decoration, written with Raymond Mortimer, was published in 1929. She ran a gallery for a while in the 1930s. Surprisingly, during the war, she took a job as a social worker, though sh kept trying to get work in magazines.

In 1947, she published a translation of Sur les Quatre Routes by Le Corbusier and in 1953 a translation of a biography about Prince Klemens von Metternich appeared. A “Frail, scruffy old lady” (according to her grandson) by now, she lived with cats in two rooms just off the King’s Rd in clothes held together with pins. Later on, she moved to Cambridge and existed in extreme poverty – but still charmed a young Italian woman who left her husband for her.