When I was small, my mum’s only luxury was a monthly Vogue. As I reached my teens, we would carefully consider each page together, look at all the gowns, read the well-written and interesting articles – Nigella Lawson had a cookery column, amusingly illustrated, which I vividly remember. Condé Nast ‘s Vogue has always been my long time small luxury and comfort – and the job of the Vogue editors is an integral part to the magazine.

Vogue Editors – the Glue that Keeps Vogue Together

I don’t always have a subscription to it, but to me, Vogue fashion magazine is like an occasional box of chocolates from Fortnum’s – prettily packaged, to be consumed slowly, a delicious treat. That’s why, when I was on my way to Spain a few months ago, I picked one up at the airport to read while on the plane. I never got round to it – which turned out to be a good thing, because I was stuck in Spain for four months, two of them on such a strict lockdown I couldn’t leave the holiday apartment.

For a long time I had nothing to read but a book of short stories, quickly demolished, and this copy of Vogue. I scrutinised every page, read the text of every advert, and left it propped on my breakfast table to cheer me up in the mornings. It was as closely read and re-read as any student’s copy of Shakespeare. At home, my girlfriend bought every copy during the lockdown, wanting to post them to me but with no reliable way to get them out. When I finally got home, I wallowed in them.

Lately, I have been looking at the background of British Vogue, and the series of editors, almost entirely women, who have kept it going and brought out the magazine since 1916. I’m writing in a bit more detail about each. This is the timeline. 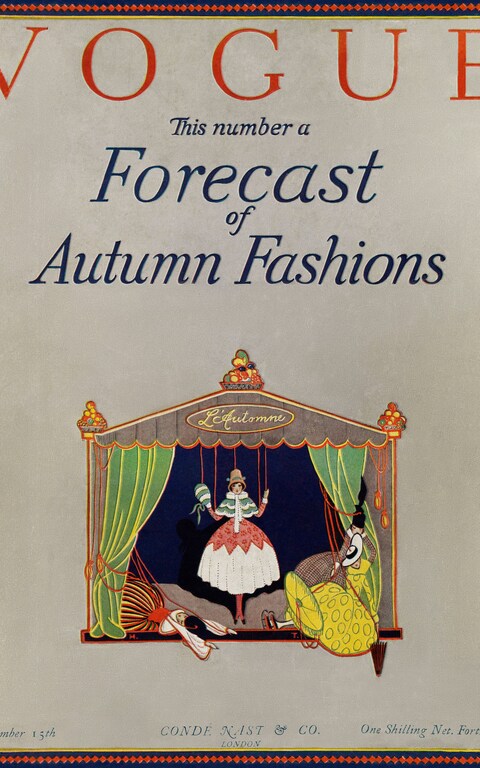 Vogue’s first issue in 1916. Image via The Telegraph.

Elspeth Champcommunal was the first ever editor of British Vogue. She was chosen as she was a member of high society, in fact, of the Bloomsbury set and a very chic dresser. She commissioned her highbrow friends to write about health and beauty, poetry and the state of the world. Vogue became a little bit too high flown, and Elspeth was discreetly fired. She immediately built on her fashion reputation to become a successful couturier. 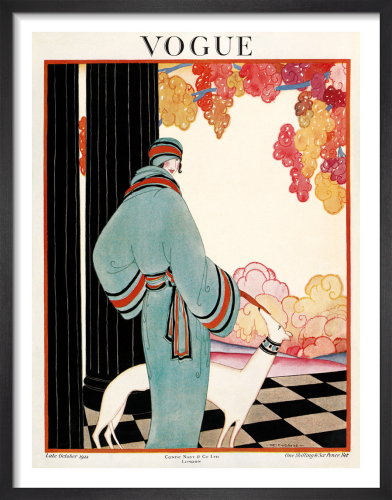 Dorothy Todd, her successor, was equally interested in art and poetry. She was a gay woman and happily commissioned photographs of Gertrude Stein’s lesbian milieu and Cecil Beaton’s Bright Young Things. Her Vogue was exciting and queer, and perhaps even more radical than Champcommunal’s had been.

Alison Settle was appointed at Vogue to finally move it to the mainstream and appeal to the growing middle classes. She had an excellent eye and knew all there was to know about the fashion industry. Her coverage of the fashion shows is legendary. But she could be autocratic and difficult to work with, and the magazine was still losing money. She and the Editor-in-Chief, Edna Woolman Chase, especially did not get on. 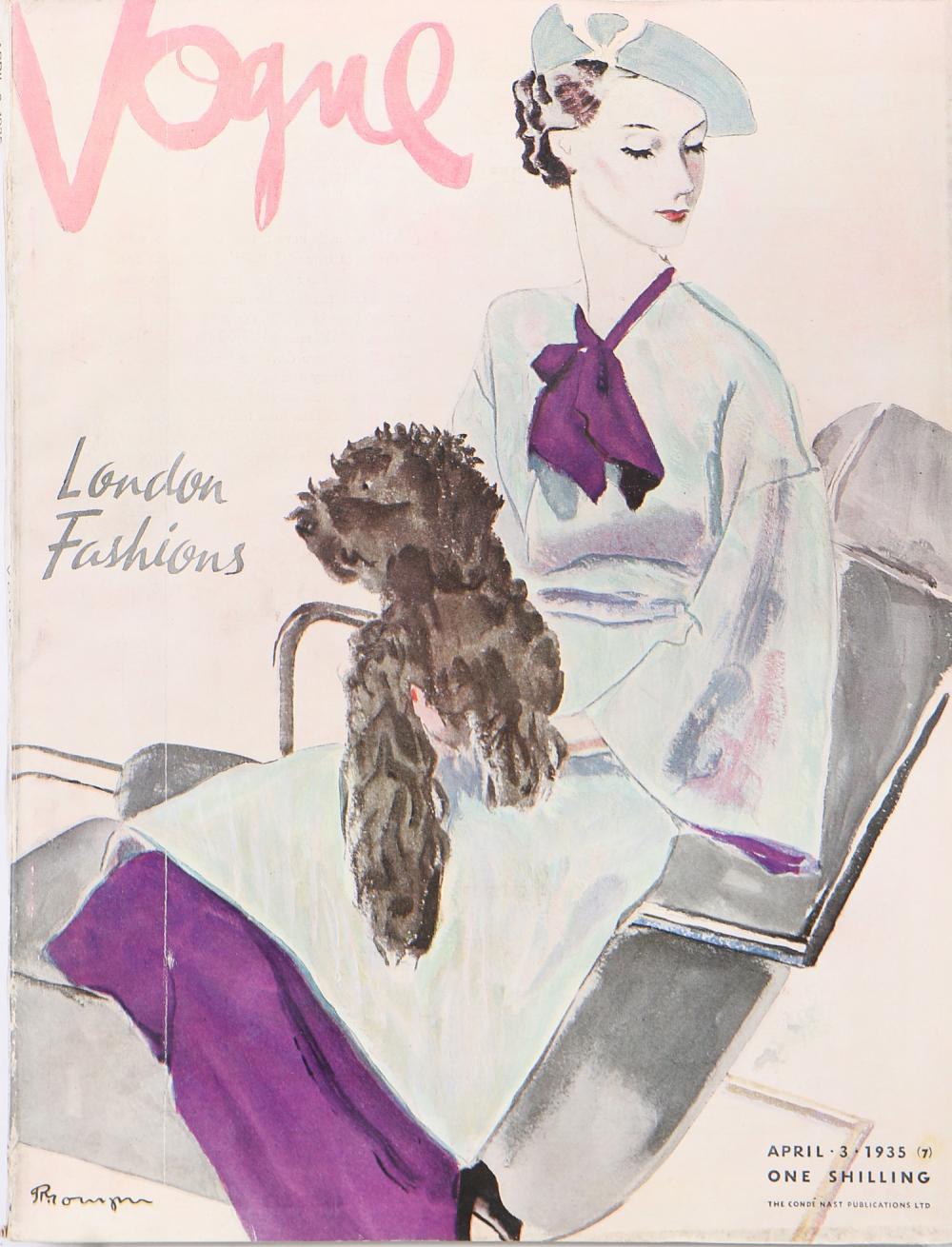 April 1935. The Vogue covers are one of the delights of the magazine. Image via Invaluable.

Vogue was not running as smoothly as it could be. Betty Penrose, an editor at US Vogue, was sent over by Condé Nast to have a look at it, spend some time in the offices, and recommend changes. In the end, the change was that Alison Settle was demoted and Betty put in her place. During the very start of WW2, an uncertain time known as the Phoney War, Betty took the opportunity to visit her elderly mother and sick brother in the USA. Perhaps she realised that it might be the last time she saw them. Suddenly the war began in earnest and it was too dangerous for her to return. She recommended that Audrey Withers was promoted to editor. 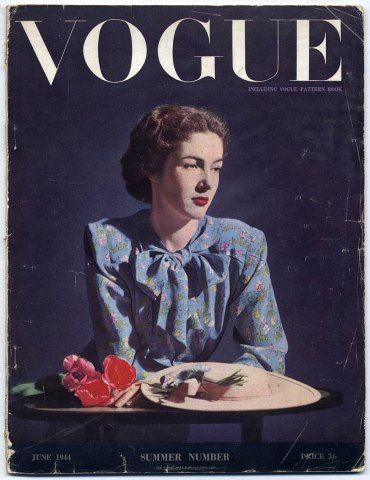 Audrey Withers held the title of Editor of Vogue for twenty years – along with Beatrix Miller, one of the longest-serving editors for the magazine. She was an excellent editor because, perhaps counter-intuitively, she wasn’t interested in fashion. Nor was she passionate about poetry, politics, or animals (like American Vogue’s very first editor, Josephine Redding). She was, however, passionate about the magazine itself, having an excellent eye for detail, a committed work ethic, and an extremely considerate approach to her staff. Audrey left the magazine in 1960 because she sensed the winds of change a blowing. 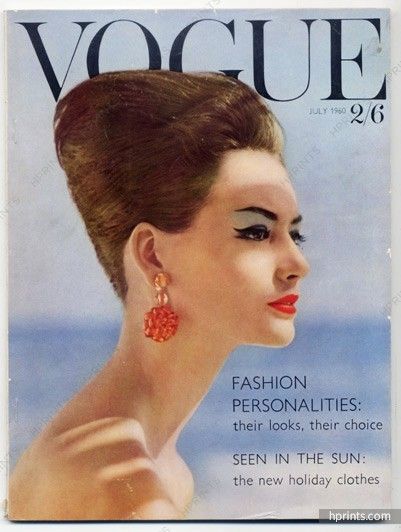 Ailsa Garland was selected by Audrey Withers to succeed her at Vogue. She had spent three years working as Fashion Editor for the Vogue Export Book, so they knew each other. She had also been the Fashion Editor at the Daily Mirror, so it was felt that she’d know how to pick up a populist and young audience. 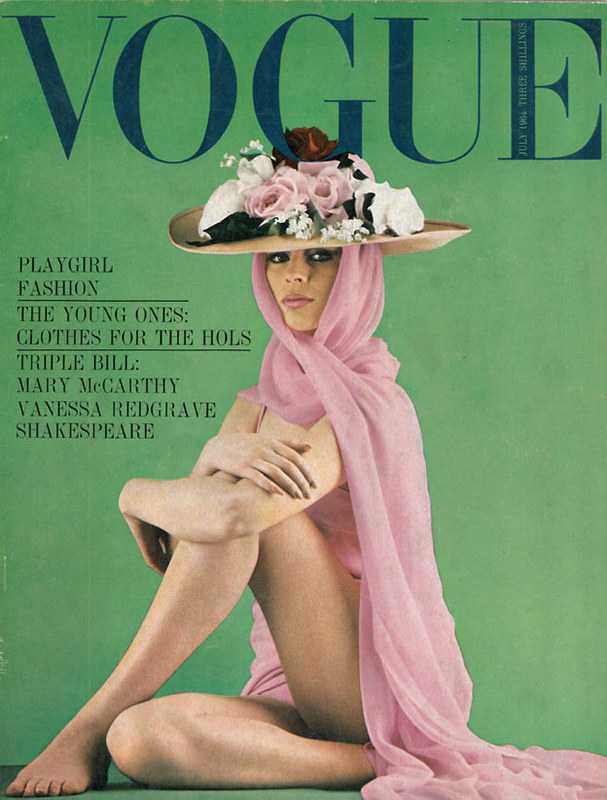 Miss Miller, as she was always known, edited Vogue for twenty years. She captured the Swinging Sixties perfectly and was always witty and curious about the world. She reflected that in Vogue, which became ”the glossy bible to high-fashion”. 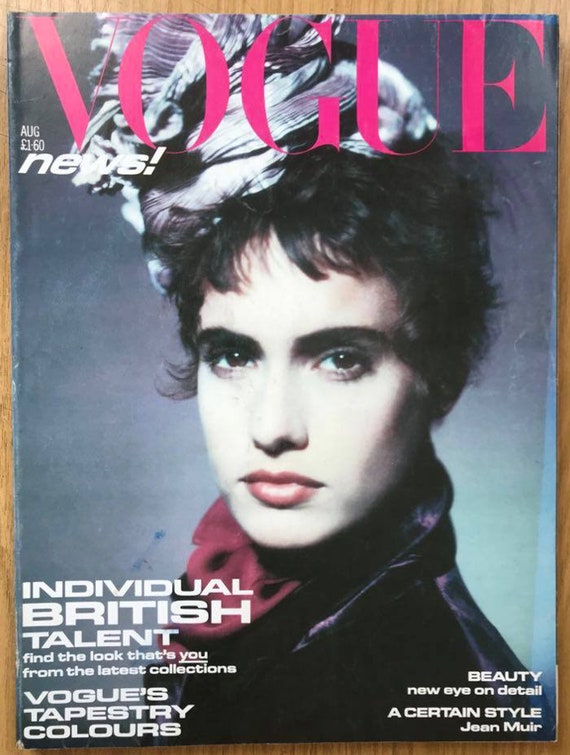 Anna Wintour is one of Vogue’s most famous editors. She was only British Vogue’s editor for a couple of years, but is now American Vogue’s editor. Her bob and oversized sunglasses are instantly recognisable in the fashion industry. Anna Wintour, along with fashion editor Grace Coddington and André Leon Talley, is featured in the wildly popular documentary The September Issue. 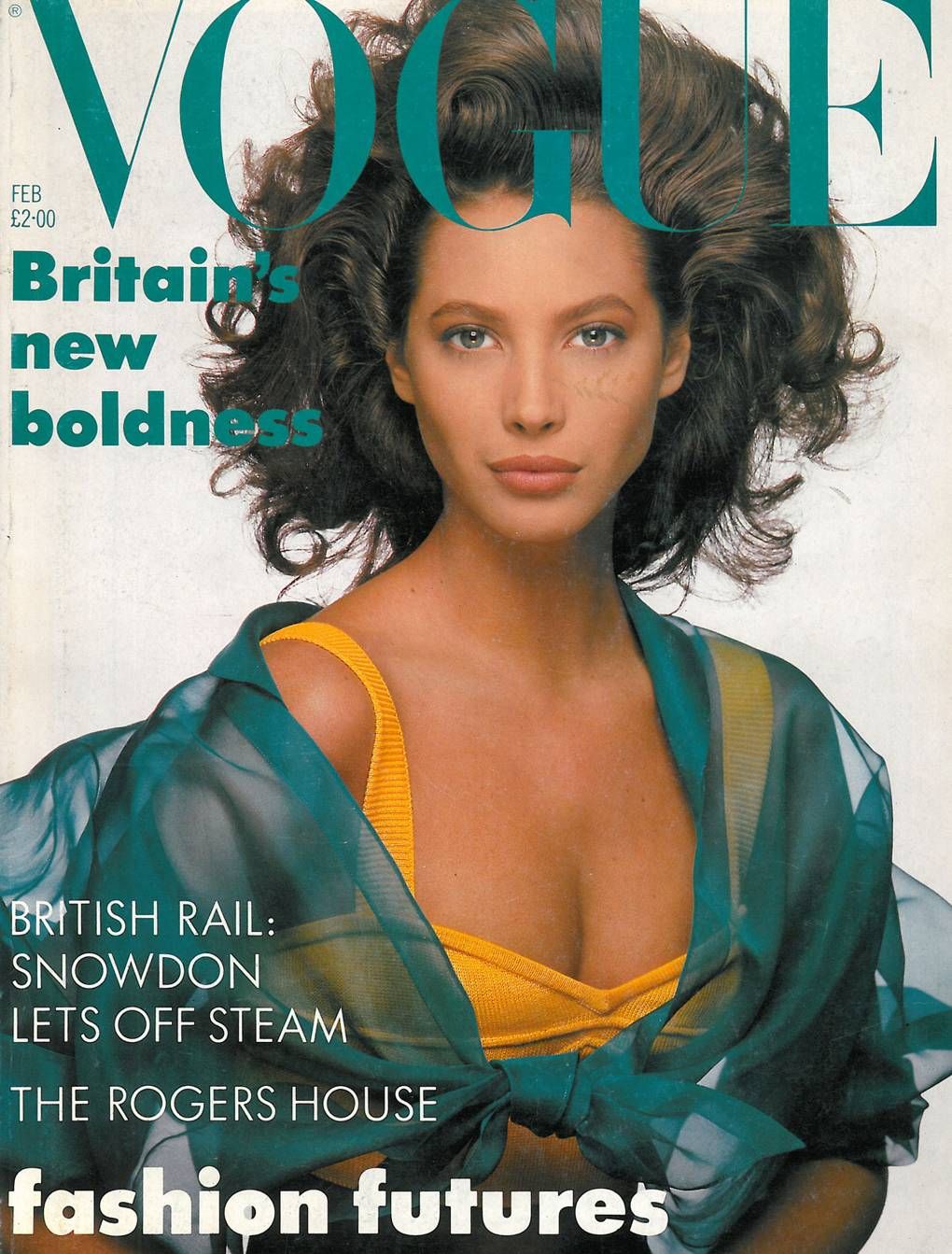 Liz Tiberis began at Vogue as an intern, after winning a competition to do so in 1967. She rose through the ranks over the next twenty years to become editor in chief. She was inordinately glamorous, and her short blonde crop made her a fashion icon. 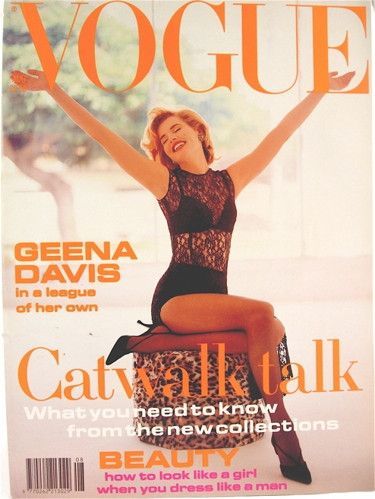 Alexandra Shulman trained as a journalist. Her fifteen-year tenure as British vogue editor was marked by the space given over to articles. Under her guidance, Vogue remained a steady sort of magazine – not groundbreaking, but good. Gradually, it became a bit boring and old fashioned, which is when Edward Enninful stepped in. 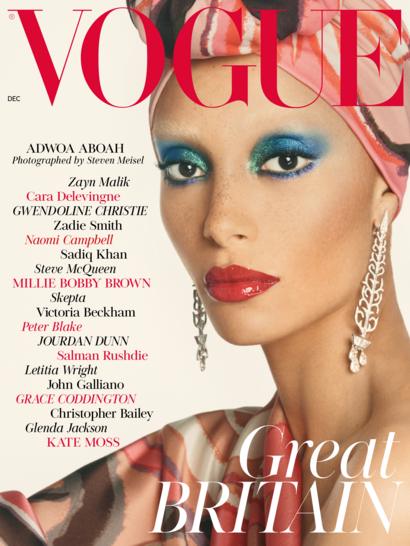 Edward Enninful’s appointment as the new Vogue editor in chief caused a great wave of discussion. He was the first male Vogue editor, and the first Black one. From the outset the issues changed, featuring far more Black and POC models, including in the advertising, and articles around feminism, disability and marginalised groups. His commissioning of Meghan Markle, the Duchess of Sussex, to guest edit the magazine prompted a wave of discussion throughout the country.