Although summer is nearly through there’s always going to be a need for vintage sunglasses.

The sun may be hit and miss, but for those of us with light sensitive eyes, allergies and an aversion to car pollution, there’ll always be a need for a pair of sunnies.

We’re going to take a look at these versatile and functional eyewear and see how you can deck yourself out in a vintage pair from your favourite decade.

Vintage Sunglasses-It all started with the Inuits

Believe it or not the Inuit people wore sunglasses, made of flattened walrus ivory with narrow slits on the front, they provided some protection.

Even Nero the Roman Emperor wore emeralds over his eyes to protect them from the sun when he was watching gladiatorial fights. 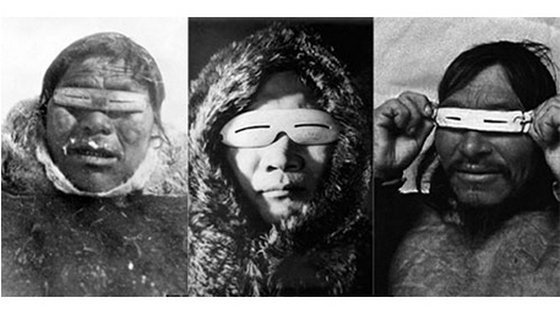 In the 18th century James Ayscough experimented with tinted lenses and in the 19th and early part of the 20th century yellow/amber and brown tinted glasses were prescribed for syphilis sufferers, as light sensitivity was one of the first symptoms.

Later in the 1920s sunglasses became more ubiquitous, a craze started with movie stars, who some believed, wore them to stop themselves from being recognised.

However, another explanation at the time suggested they worn because of red eyes, a sign of the damage from arc lamps that were used due to the slow speed film stocks used in the 20s.

Sam Foster sold sunglasses on the boardwalk in Atlantic City, New Jersey, leading to mass market produced sunglasses.Now everyone wears them, but what’s your favourite decade for sunglasses?

Sunglasses at this time are small and elegant.From tortoiseshell to horn rimmed with green glass and smaller round spectacles, they were lightweight and easy to wear.

Whether they provided the kind of sun protection we need against UV rays is debatable, as standards for UV protection didn’t come into being until the late 90s and early 2000s.

However, keep in mind that sunglasses are often worn indoors and if this is all you’re going to be using them for then that’s fine.

But for the outdoors, wear a more recent pair of sunglasses, a retro 20s designs, but ones that conform to European standards that range from 0 (no protection) to 7 (full protection).


In the thirties, sunglasses don’t really change much, but they’re round or horn rimmed, with black, coloured or tortoiseshell rims.


Here in this decade, round designs are still around, but horn rimmed sunglasses are still popular.

There are more aviator styles appearing and some bigger frames creeping in, but the overall trend in this decade is still the horn rimmed variety.

Now we’re talking bigger is better. The sunglasses in this decade are bigger, bolder and far more colourful.

We’re talking big and round, slightly squarer, or more oval shaped. However, the trend is for big and round with a colourful plastic rim or brilliant white.

There are still some larger framed sunglasses around to match the bohemian theme the 1970s sees around mid-decade.

But what we do have is the dominance of the aviator shape. Although the 60s is still poking its nose through, the loud and proud sunglasses of the 60s and early 70s are giving way to a more sophisticated frame.

There’s a predominance of wraparound sunglasses that have no nose part in the middle, but consist of one large wrap of glass or plastic across the face, matched by a colourful plastic rim.

There are narrow wraparound to large wraparound and there are some unusually shaped sunglasses too.

In the 90s there’s a regress to the 20s and 30s with smaller rounder shapes, some oval shaped and horn rimmed, but rounder shapes are popular.

Aviator sunglasses still have some life in them and there are some more square shapes around as well.

The 2000s have brought us a lot of different shapes as fashion always does, taking us on a trip back in time and then back to the present day.

For 2019 there’s plenty of different shapes, colours, rims and styles, so wear what you like and whichever way you want to.