Somehow, people always think that their age is the most technologically advanced, and imagine that before laptops and the internet life was a kind of barren wasteland without much going on. I mean, sure, when we think about vintage fashion, the first word that comes to mind is definitely not “technology”. And yet, without the technology of a needle we’d still be wrapping bits of fabric around ourselves and hoping for the best. Without looms, that fabric would be animal skins. Vintage clothing is full of fashion tech.

Moving on a couple of thousand years, in the 18th century (1781) the steam engine for cotton mills was invented. This was to be the big one in terms of fashion. The 19th century was full of exciting innovations – it wasn’t known as the age of invention for nothing! Patents popped up all over the place.

The sewing machine was invented in 1830 and the first mass produced jeans were made using it by Levi Strauss in 1850. Factories full of seamstresses already existed, and their wages were cheap. But the process of sewing clothes by hand was slow. With the adoption of machines for this, they could churn them out. Fast fashion, here we come! 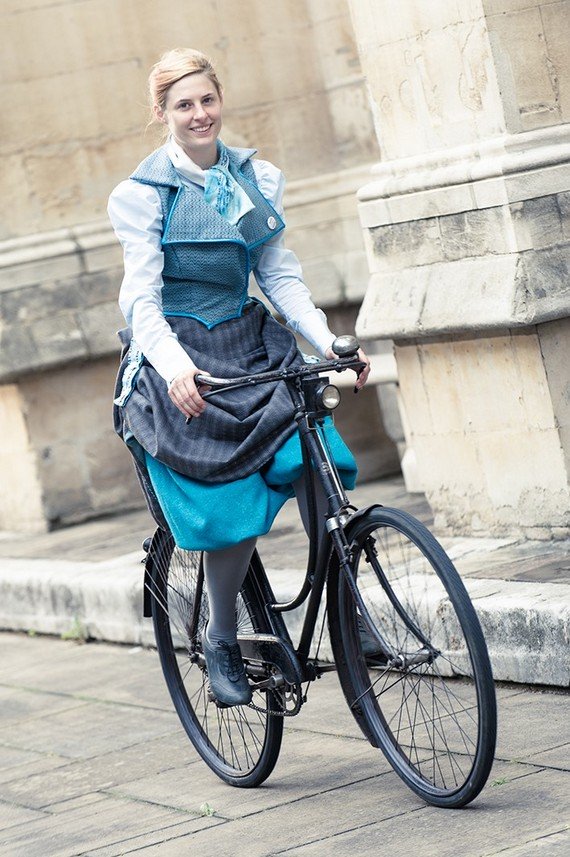 Apart from machinery, there were lots of other fashion patents in Victorian times. Many related to corsets and crinolines. There were clips to hold your skirt out of the mud, and different clasps and fastenings. Because of the cycling craze, there were also many patented cycling outfits. Many of these were convertible, so you could wear a normal-looking skirt in towns and change it into practical bloomers when you hit the open road. 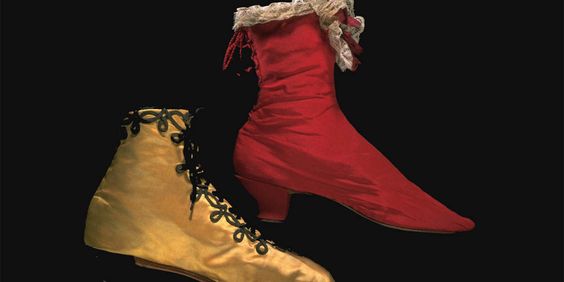 These Victorian boots are dyed with bright synthetic dyes. Image via Pinterest.

Synthetic dyes were first discovered by accident. The first colour was mauve, named mauvine in 1856. Then, the race was on and fuchsine (magenta), safranine (blue or violet), and induline (blue, blue-ish red or black) followed in quick succession. The science of dyes actually lead to chemotherapy and other advances in medicine. When scientists noticed that some fabrics accepted dyes and others did not, they realised that diseased cells in the body could be targeted with chemicals that would not affect healthy ones. Syphilis was treated with medicines arising from this. Methylene blue dye, meanwhile, was used to treat malaria directly.

Looking at fabrics, I think a really big invention which still affects us now was the invention of rayon in 1889. It is made from wood fibres. Rayon was marketed as an alternative to silk and called “Art Silk”, or artificial silk. But there was a huge resistance to it at first, and the silk manufacturers made sure it was unpopular. It only took off after the first world war.

Rayon is still with us, and as well as wood from trees, bamboo is used under names like viscose and Lyocell. Unfortunately, though the base material is natural, the amount of chemicals used to break it down isn’t, and in the past, workers and the environment suffered greatly from them. Now companies are working on “closed loop” processes, to make sure that the chemicals stay in the processing system and not the local rivers or air.

Another big fabric discovery was nylon in 1935, a true synthetic material (made from petroleum oil). Lycra to add stretch followed soon after.

Vintage Fashion Technology – The Designers With the Big Ideas 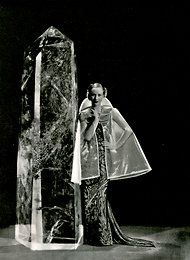 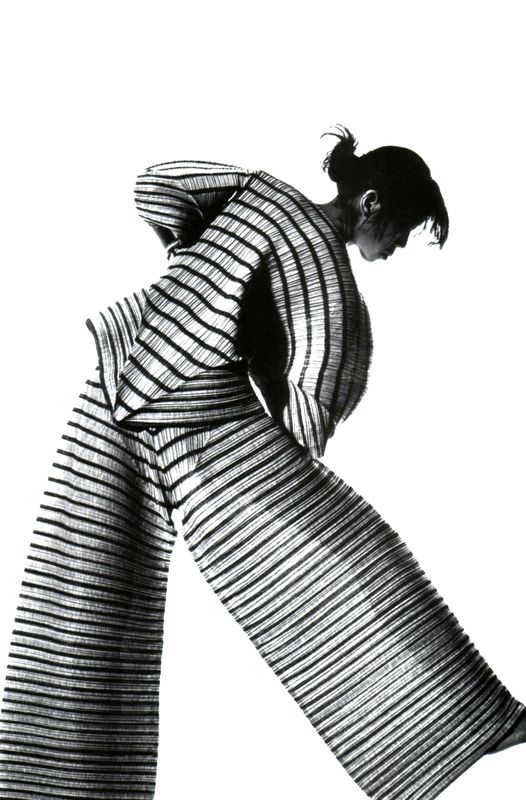 Fabric innovation was not just driven by manufacturers but by fashion designers. Schiaparelli, who loved innovation, not only invented a swimsuit with an inbuilt bra and several convertible dresses, but also a transparent plastic for clothing called Rhodophane. She used it in her collections to dramatic effect. Issey Miyake has worked a lot with fabric technology, creating permanent pleats. Gianni Versace designed a fabric designed to look like liquid metal which he christened Oroton in 1982. These innovations can still be discovered in secondhand clothing stores and vintage retailers.

Nasa and the Space Race 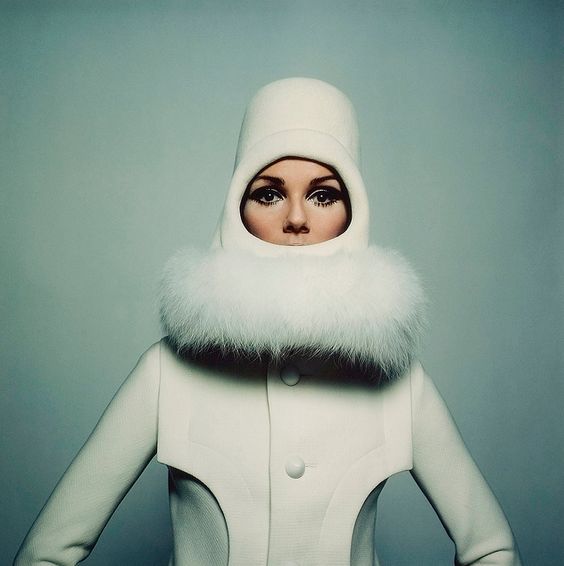 The formation of Nasa in 1958 was a huge driver of innovation. From the beginning they were looking for fabrics suitable for space and the journey there. Lightweight, heat proof and protective materials could save a person’s life.

The space race in the 1960s also inspired designers no end. They started imagining what we might wear on the moon in some fun, unfettered future. In reality, probably the unglamorous but practical clothes developed for activities on earth like hiking would be closer to the mark – waterproof trousers and lightweight, warm jackets in ugly but bright colours would probably be better than mini dresses and helmet hats which obscured the vision. 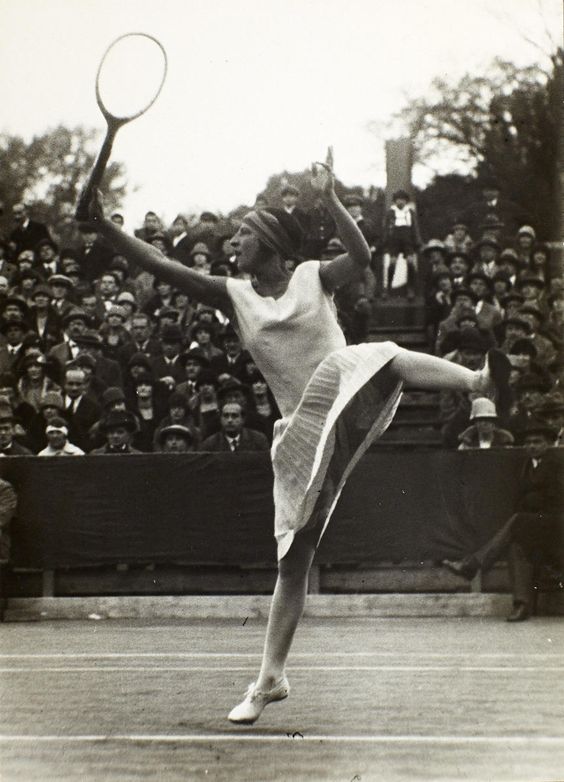 Speaking of which, sports clothing is another driver of fabric and clothing innovation. Sports people need clothes which are functional. The appearance is secondary. Easy to move in, sweat wicking, temperature regulating fabrics are still being perfected. Sports women, in particular, have often caused a scandal for their clothes. Early tennis aces like Suzanne Lenglen were accused of immodesty for wearing shorter skirts that didn’t hamper movement. Even two years ago, Serena Williams was banned from wearing a catsuit on court. 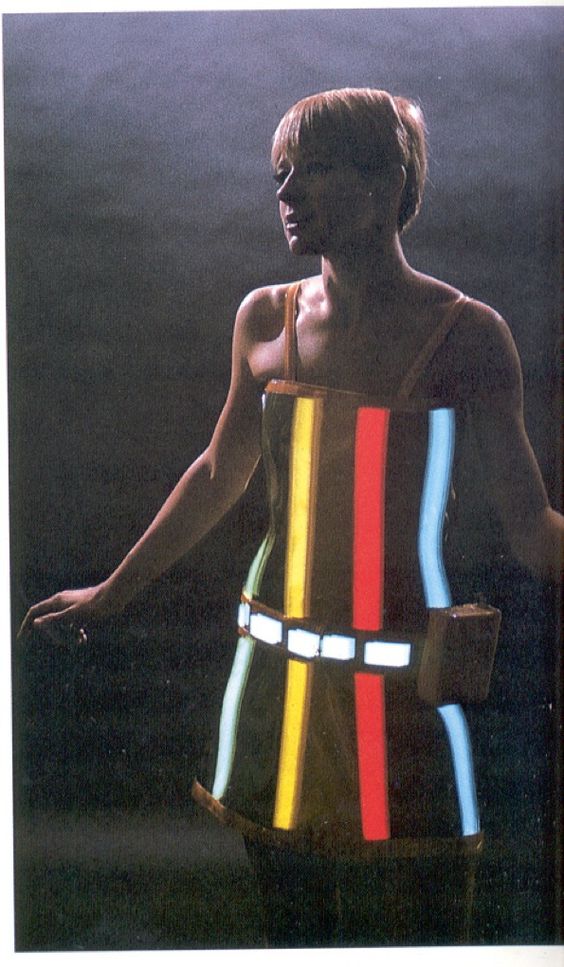 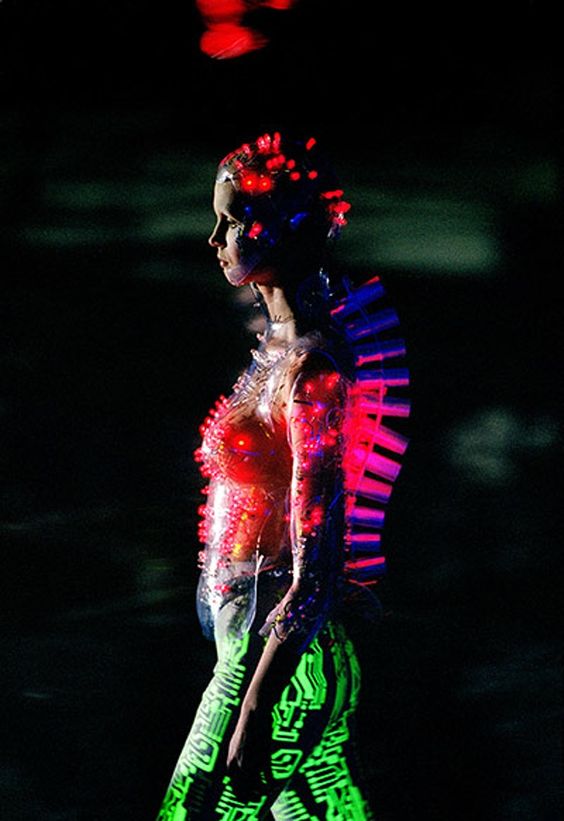 Wearable electronics are a fun side of fashion tech. Luisa Casati wore a dress studded with tiny electric lights in the 1920s. But it wasn’t properly engineered, and ended up giving her an electric shock that caused her to backflip. Later on, the professional provocateur commented that it wasn’t the electricity that caused her to need a little sit-down afterwards, it was the sheer offence of being offered a nice calming cup of tea.

In 1967, Diana Dew wore electroluminescent dresses, which she had designed herself, to fashionable New York hot spots. They were “hyperdelic transsensory experiences,” she explained to the press. They tended to explode from overheating, which probably ruined the trip.

In the 1990s, high street designers seemed to have cracked the danger element. They made t-shirts fitted with LEDs on a circuit board which could spell out messages the user chose – without any harm to anybody. Alexander McQueen sent that couture in 1999, creating a fantastic flashing LED bodice and matching helmet designed to look like a motherboard. In 1995, Walter van Beirendonck made a glow suit, and Hussein Chalayan his Subtle Light jacket. Sarah Taylor made a fibre optic glove that glowed in 1999. The vintage trend for these fun clothes is coming back.

Beyond the year 2000, scientists and designers are still working on fashion tech projects, creating outfits that are useful, fun or mind blowing.