Wool is a versatile fabric, warm in winter and breathable. It can be woven or knitted to many weights, mixed with other fibres such as polyester or cashmere, and given different finishes such as a sheeny effect, tweedy nubbles or curly boucle.Womens vintage wool skirts have as many shapes, colours and finishes as you can imagine, but today I’ll focus on a skirt that’s not technically a skirt: the kilt.

The enduring appeal of tartan wool skirts in fashion

The kilt started out as native dress for Highland Scotsmen and were a garment made out of wool, which could be patterned in tartan or plain.

Kilts were originally worn as a knee length skirt with an upper portion that could be worn as a hood or cloak. That was in the 16th Century and called the Great Kilt.

By the late 17th, or early 18th Century, the small kilt or walking kilt had developed, which was just the bottom half of this garment. They were worn by men.

Originally an item of Highland dress only, with Lowlanders not wearing them, kilts became identified with Scotland as a whole in 1892 when King George IV visited Scotland and in a ” Gathering of the Gael” before he came, it was decided that the kilt would become the national garment.

It was at this time that completely new traditions were invented, such as that different tartans indicated different clans – before that you had tartan patterns coming from different regions, but they weren’t as specific as all that. 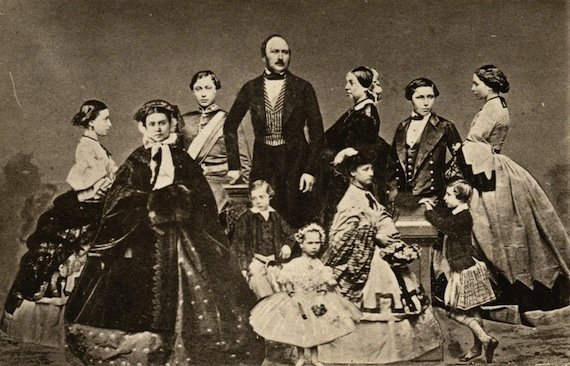 The family of Queen Victoria. Once child wears a kilt and a young woman has a tartan wrap

King George IV had a spectacular kilt made for him, and Queen Victoria, who reigned after him loved the romantic appeal of kilts.

Rumour has it she loved a Scotsman too, John Brown, her groom – but in any case she dressed her boys in the garment.

Anything the royal family did in Victorian times was immensely fashionable, and it’s from here that the kilt became a fashion garment for men and women alike.

This led to the craze of creating new “clan” tartans. Nowadays there are about 5,000 different patterns and colour ways of tartan and about 135 more are added each year.

Many people who are interested in their ancestry, while not being directly Scottish themselves, wear kilts in their clan tartan for special occasions.

This included the designer Alexander McQueen, who made a collection called “Highland Rape” in 1995, reflecting on the history of what he regarded as “his people”.

He often used tartan in his collections after that, and at his friend and muse Isabella Blow’s funeral in 2007 he appeared in full Scottish regalia. 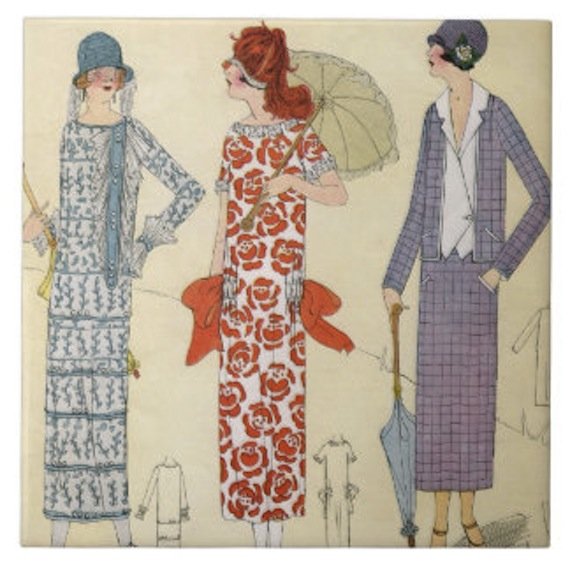 Tartan has appeared over and over again in fashion since Victorian times, as either a straightforward kilt or in using the fabric in different ways. Womens vintage wool skirts can be found in tartan in lots of different versions. 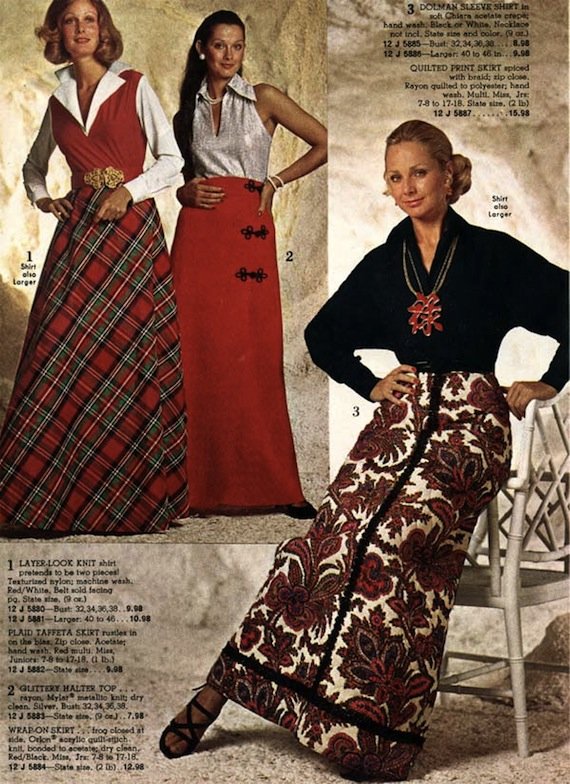 Long kilts were fashionable in the 70s and mini kilts in the 90s, and punks of the early 80s loved tartan trousers with zips.

Henry Holland had Agyness Deyn stride down the catwalk in a mini kilt, matching and fetching eyepatch in 2008 and, to bring the pattern bang up to date Simone Rocha featured it heavily for AW2015.

There are tartan womens vintage wool skirts for every taste!

A Vivienne Westwood interpretation of tartan

From the “Highlander” film

Some of McQueen’s tartan dresses