Madge Garland was a key figure in the British fashion industry. She was a fashion journalist, book writer, editor and broadcaster from the 1920s right up until 1990. Her last book was published in 1990 when she was 94. She pivoted from fashion editor at British Vogue and other magazines to consultant to the wartime Board of Trade to Professor of Fashion and finally to author and TV presenter. Mass market ready to wear clothing would not be what it was today without her. She was the first-ever Professor of Fashion, who set up the first-ever Fashion degree. She claimed to detest fashion and was only working in the field through a lack of other options. Her lifelong dedication to it argues otherwise.

Madge Garland was a huge influence on fashion. She is also celebrated as an LGBT icon, though her well-known relationship with Vogue Editor in Chief, Dorothy Todd.

Madge Garland – from Outsider Australian to the Chicest of the Chic Madge Garland by Cecil Beaton. Image via the NPG.

Madge Garland was born Madge McHarg on June 12th, 1896 in Melbourne. At age two, she moved with her family to London. Her father, Andrew McHarg, was in the wholesale clothing and accessories business. They were very well off, though, being both Australian and Trade, never quite fit in with high society. Her mother, Henrietta (Hettie) McHarg, neé Aitkin, supported her husband both by being an immaculate figure of fashion and by accompanying him on his business trips. Madge had one brother, Gerald.

As a child, she was always unwell, and in fact, illness followed her throughout her life, particularly sciatica. At school, she was obliged to lie flat on a board in between lessons, and tied to the chair so that it was difficult for her to write. She wore special woollen underclothes and orthopaedic boots. As a consequence of this, she was very thin, which, by the time she reached her twenties, became a fashionable shape to be. She was able to cast off the associations with frailty and illness that it had and become ultra-chic instead.

Madge Garland in fancy dress, on the boat to Australia.

As a teen, Madge’s parents offered to send her to Cheltenham Ladies College but, having read typical storybooks about girl’s private schools, didn’t want to go. This was ironic as she was then to resent her parents all her life because she never had a degree. Instead, she went to a finishing school in Paris. Madge also accompanied her father on one of his buying trips to Australia, in 1917, and on the ship there she fell in love with a woman called Olguita Queeny. They maintained a close relationship while in Australia, and returned to England together in 1919.

When her parents decided to move back to Australia, when she was 23, she was living with them and expected to go too. She “ran away from home” as she put it, and decided to work instead. She moved out to a boarding house in Earl’s Court, and, wanting vaguely to write, got a job in the dingy little offices of what turned out to be Vogue in 1919. “I was free, but I was terribly, terribly poor for a long time”. The role was as a dogsbody; making tea for everyone, running errands. She worked all hours, and after two years, collapsed. From her sickbed, she asked her nurse to send a telegram to a man called Ewart Garland, who had previously proposed to her and been turned down. “COME AT ONCE AND MARRY ME”.

The New It Couple – Madge Garland and Dorothy Todd

Ewart did. But two years later, she left him for more glamorous arms. Madge had fallen in love with the new editor of Vogue, Dorothy Todd. Dorothy (known as Dody) and Madge made a striking couple and were a fixture of fashionable society. Madge was thin, blonde and feminine, and Dody was shorter, dark and butch. They lived together in Chelsea. Although she hadn’t taken her husband’s name when she married, now they were separated, she decided that Madge Garland was much prettier than Madge McHarg. She called herself that for the rest of her life.

The Vogue team was still tiny, and Madge became the fashion editor. Everybody courted the pair so as to appear in Vogue, and they were invited to many parties. Virginia Woolf, Gertrude Stein, Vita Sackville West, Cecil Beaton, and Rebecca West were among their circle.

Madge’s wage finally went up, and when she went to Paris to report on the shows, she was able to buy discounted couture samples, into which she could fit. Together, Dody and Madge made an artistic, avant-garde, queer magazine. But in 1926 both were fired, on various excuses but essentially because of their relationship.

Down and Up and Down Again 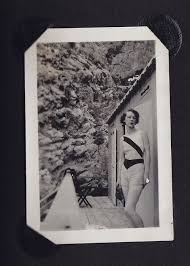 Stylish Madge Garland in the 30s. Image via Tumblr.

Madge sank back down into penury. None of her friends worked, but it was necessary, and she picked up the odd bit of freelance work and lived on vegetables and yoghurt. Madge still looked incredibly chic and moved to fashionable Cannes, although her flat had no furniture. Eventually, in 1929, she found work on two magazines, The Bystander and Britannia and Eve, and the combined income was more than enough to keep her afloat. She moved to Mayfair and wore couture that was made for her, becoming famous and appearing on the BBC as a fashion expert, interviewing fashion designers.

In 1934 Vogue, by then a top fashion magazine, contacted her to ask her to come back. She drove a hard bargain and only accepted on the condition that she received the same salary as she had at both her current magazines together. But, although it was usual for good staff to move up the ranks, Madge could never be in the running for the editor. She was known as good at her job but difficult to work with and an egoist, blaming others when things went wrong. But above all was “the morality issue”. By now she was living with the lawyer Frances (Fay) Blackett Gill, one of the first female solicitors in the UK. They entertained together, much as she had with Dody, and invited Vogue’s management amongst many others. In 1939 she was fired again. 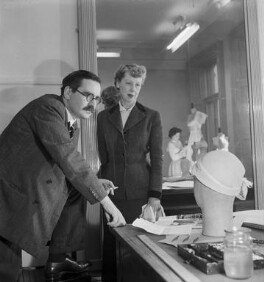 During the war, she got a job as a merchandise manager at a department store, not something she really wanted to do, because she was interested in couture, not mass-market clothes. But she revolutionised their sizing system and was invited to work on the Board of Trade’s idea for Austerity clothing. The scheme was a success. For most of the war, Madge moved from place to place, often homeless and bombed out. She had split up with Fay by then.

In 1945, the Board of Trade agreed to send her to America to look into the new artificial silks and other fabrics, and the fashions there, which were very different from post-war Britain. She was the first post-war visitor from England. Two years later, she was also sent to France to see how British design might be improved with the French model since Paris was very much back on its feet. 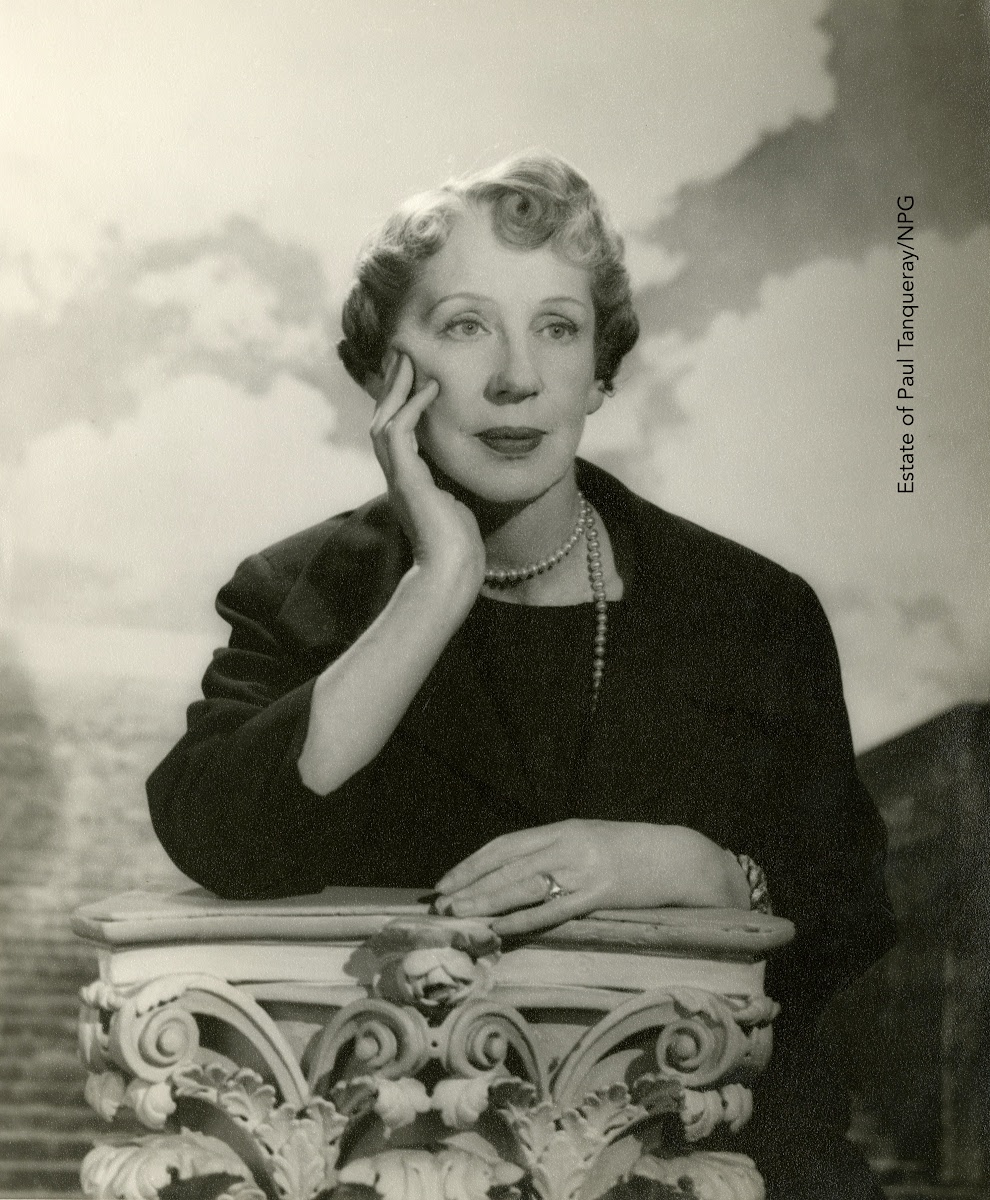 In the 50s by Paul Tanqueray. Image via Google Arts and Culture/NPG. 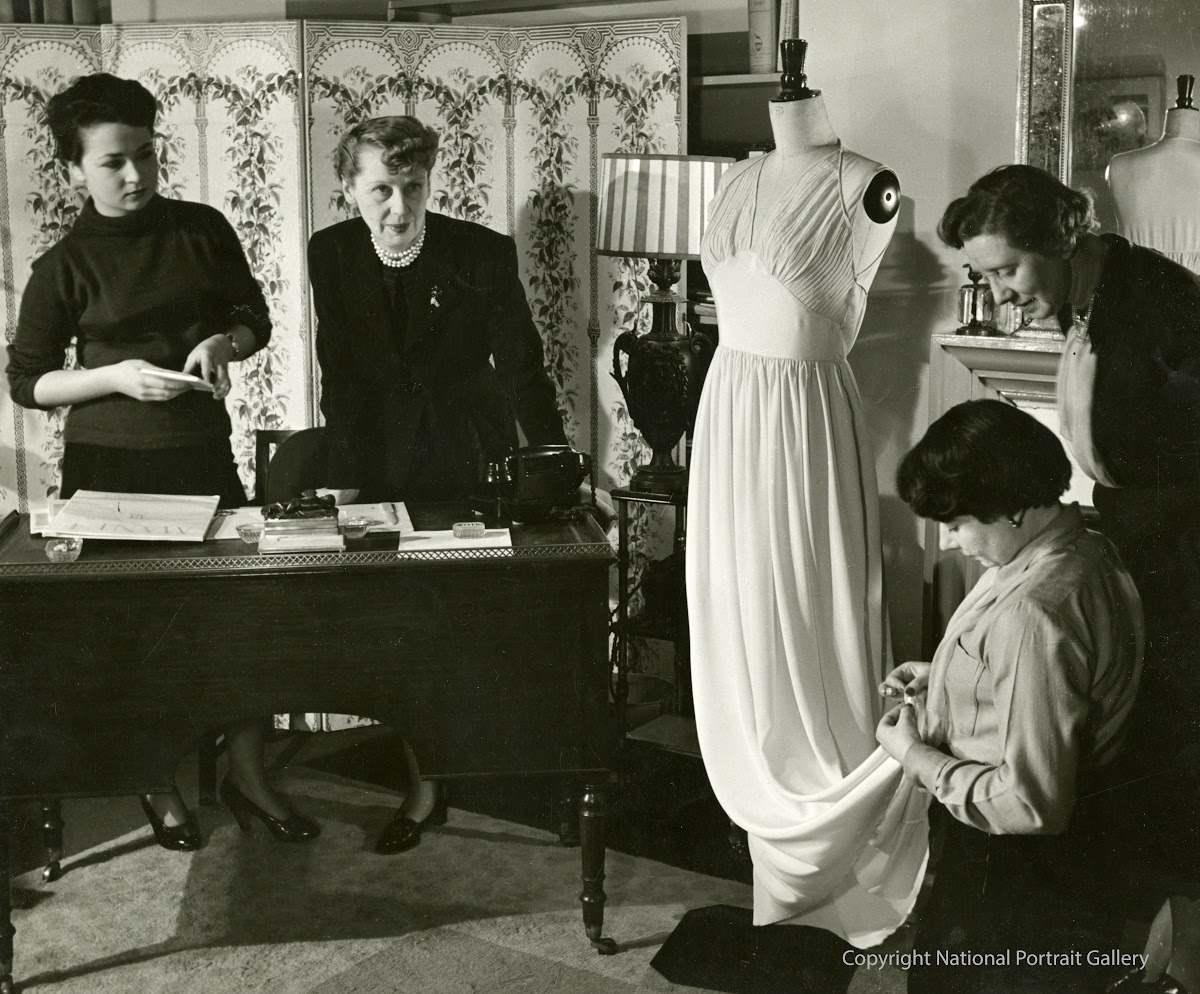 Madge Garland criticises a students work at the RCA. Image via Google Arts and Culture/NPG.

With this experience, she became a freelance consultant for five English textile and fashion firms. She was a TV and Radio star and was a popular lecturer on textiles and fashion for industry associations all over the UK and Ireland.

So, she was a pretty natural hire for the brand new post of Professor of Fashion at the Royal College of Art in 1948. She designed the curriculum for the new Fashion design degree for the training of fashion designers herself, first visiting Parson School of Design in New York to see how they did it. The only similar UK course was at Central St Martin’s, started around the same time. This focussed more on fashion illustration. Garland hired industry experts instead of art teachers to lecture the students, including Jewish refugees who needed to start over in England. 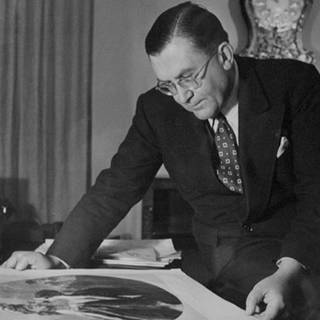 In 1952 she married Lord Leigh Ashton, the director of the V&A museum. At that point, she was aged 56. Ashton was an old friend who was gay. As an attempt to hide both of their sexualities, it was quite late in the game, and it essentially failed. Most people knew of both partner’s sexuality, and if they had never heard, the marriage fanned the flames of gossip. They lived together in separate rooms in Garland’s house and attended parties and openings arm in arm. They imagined a warm platonic companionship. But Ashton, like Todd, was an alcoholic. Remembering what a wretched time she had had then, Garland threw him out after only nine months. 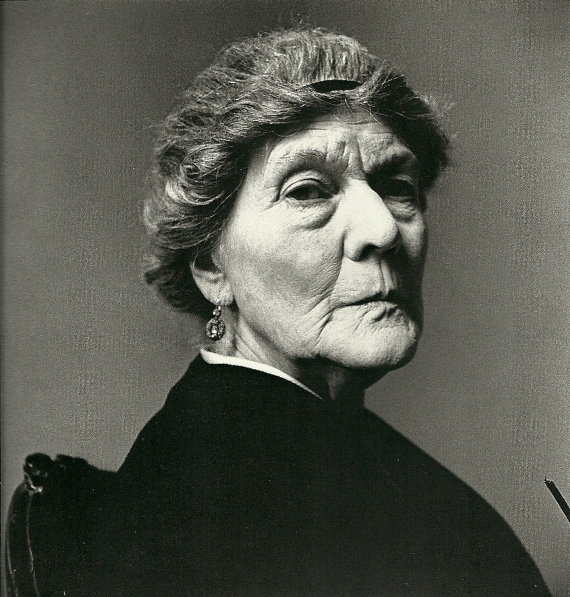 Madge’s last long-term lover (and there were several other probable candidates besides the names mentioned) was Ivy Compton-Burnett. Compton-Burnett was a brilliant, idiosyncratic though under-appreciated writer who dressed very plainly, even dowdily.

A World Traveller and Media Personality to the End 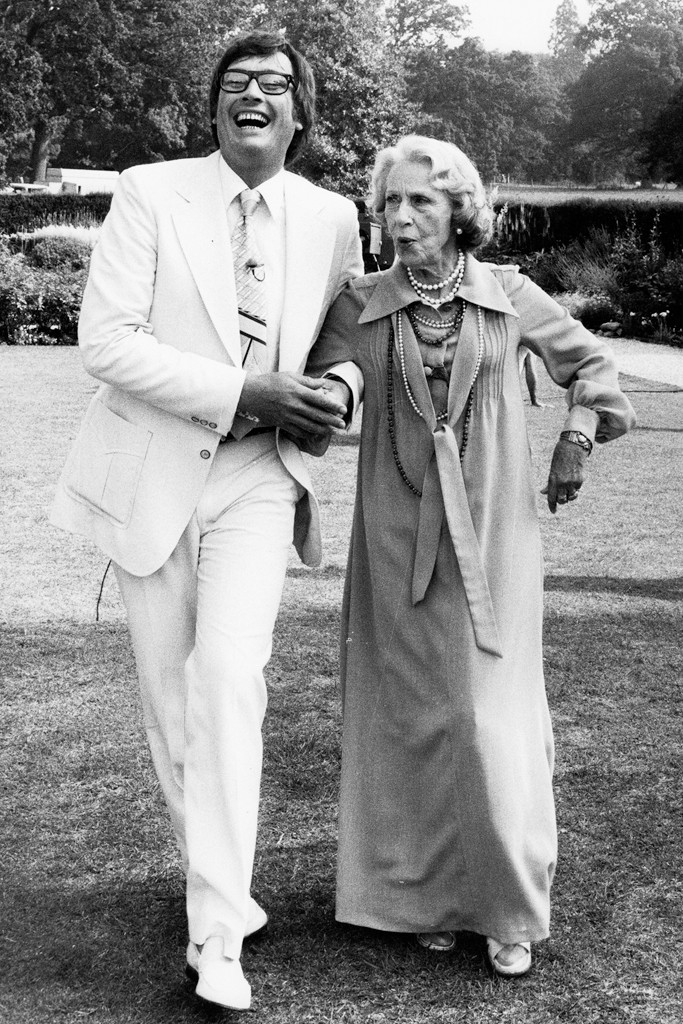 Madge Garland and co-presenter on “The Seven Ages of Fashion”. Image via WWD.

When Compton-Burnett died, Garland travelled the world, writing books and articles as she went. In her eighties, she travelled to India, and fell off an elephant she was riding, breaking several bones. She spent several weeks in a clinic with a dirt floor, and when recovered, continued travelling. Madge did not want to spend much time in England. She did stay long enough to co-write and co-present a TV series, “The Seven Ages of Fashion”, in 1975. To the last she still dressed and made herself up immaculately and attended fashion shows up to the late 1980s. When she could no longer travel, she sat on the floor and studied atlases. Madge Garland died in 1990, aged 94.

Most of the details for this post came from Lisa Cohen’s excellent book, “All We Know”.