Burlesque has a fascinating history, but before we look at the current revival and its influences in women’s fashion, we’re going to take a journey back in time and to the very beginnings of burlesque history. We’re going to start with the 19th century where burlesque was born and see where it all started. 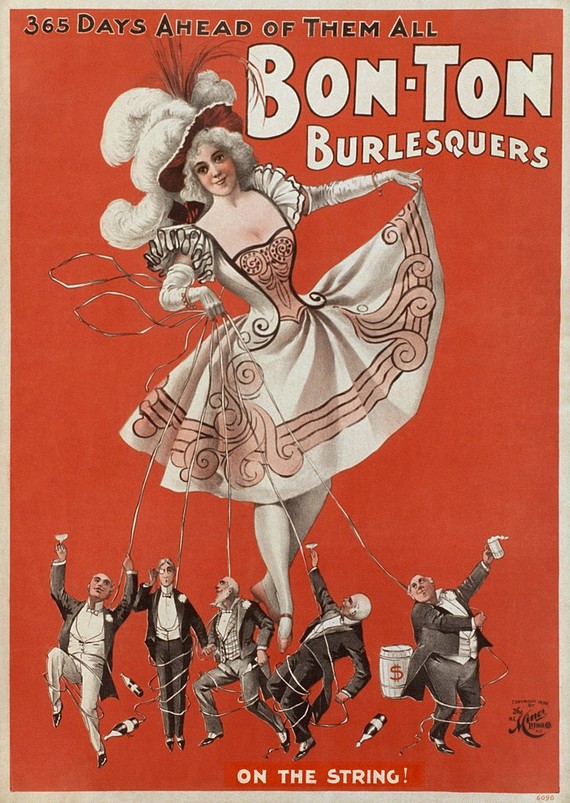 This is what you think it is 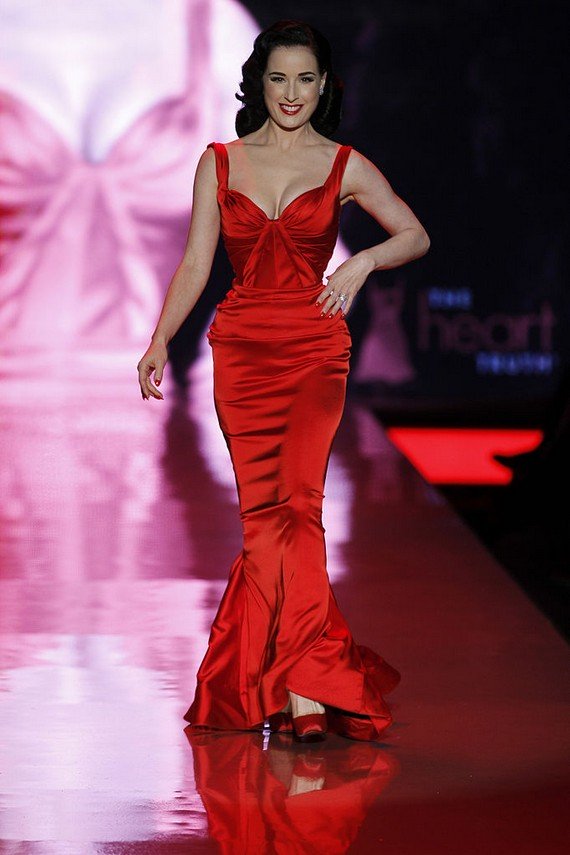 And this is what burlesque history used to be

Burlesque wasn’t always the bump and grind to a beat dance, with a scantily clad woman slowly taking off her clothes. It would once have included both music and comedy. In fact, burlesque can be traced back as far as the Greek times when burlesque would be cleverly used to make fun of religious and authority figures, and in the late 18th century it would cater to a middle class audience, its main focus being on literature theatre and music. 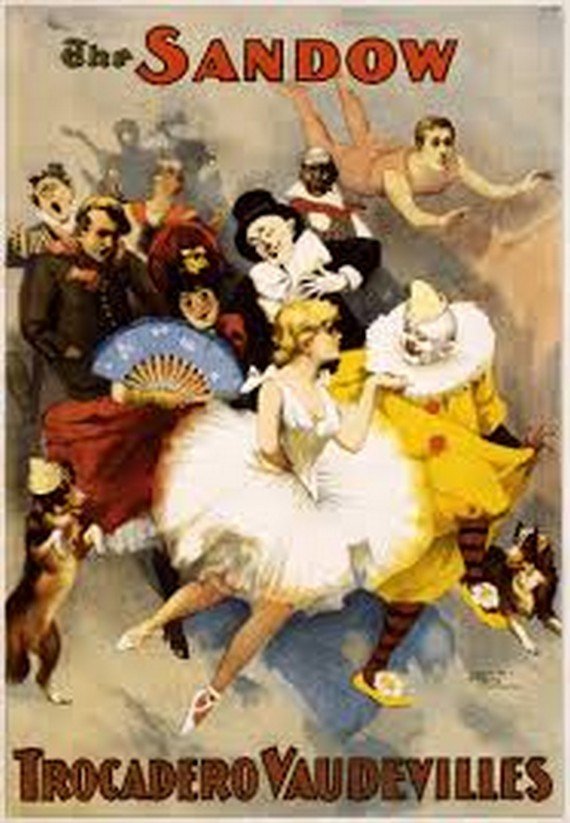 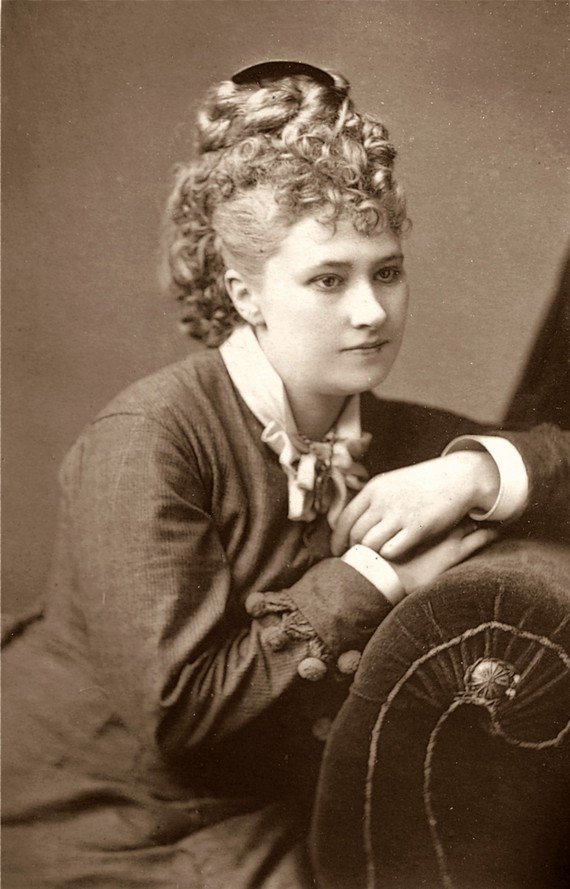 Despite this however, burlesque was primarily about sex, and women would appear in costumes that would have been considered shocking in Victorian society, questioning a woman’s place and covering topics that were considered unsuitable for women. 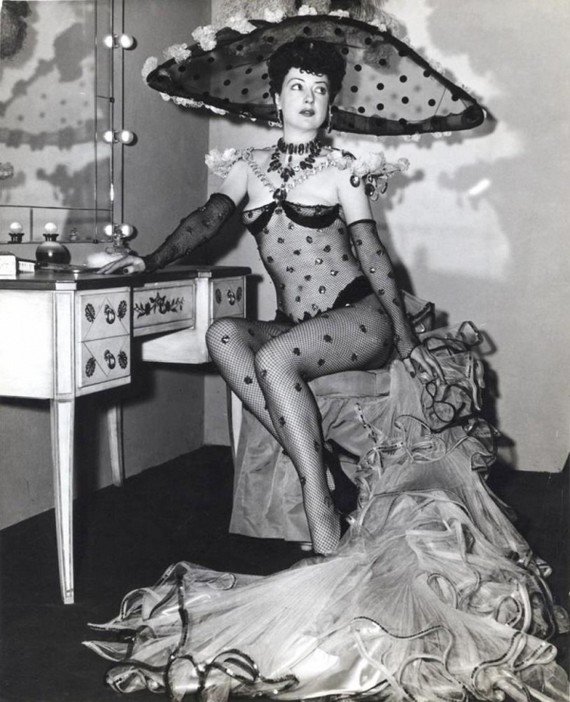 Burlesque would be used to poke fun at many different things, from opera to Shakespeare and to question and challenge the way things were. This would include poking fun at the upper classes and the linguistic differences between them. 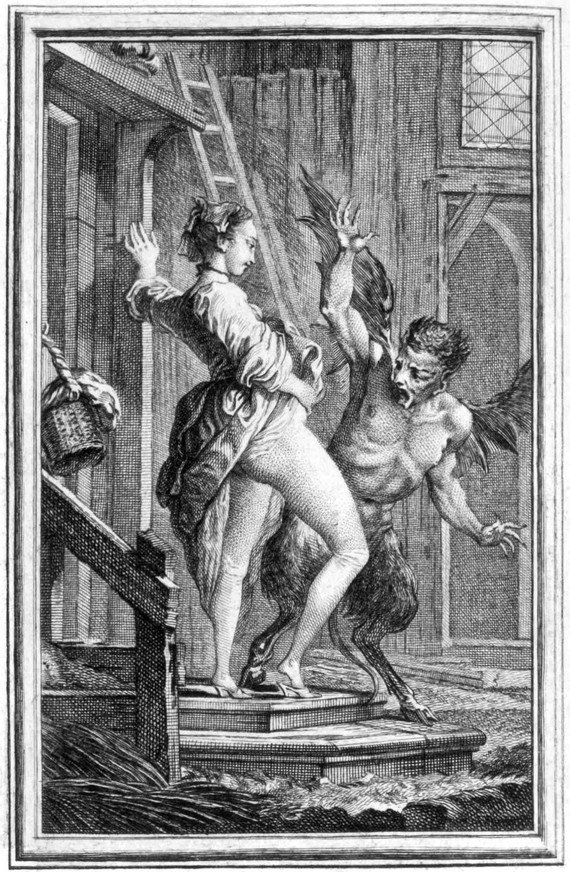 La Fontaine-Tales and Novels in verse

The Brits are coming

In the mid-1800s Lydia Thompson, a British actress took herself off to America with a group of dancers known as the British Blondes and entertained American audiences often dressed as men, or wearing above the knee skirts. Their costumes were matched by bawdy performances that shocked Victorian audiences. Although some complained,this only served to make them even more popular. 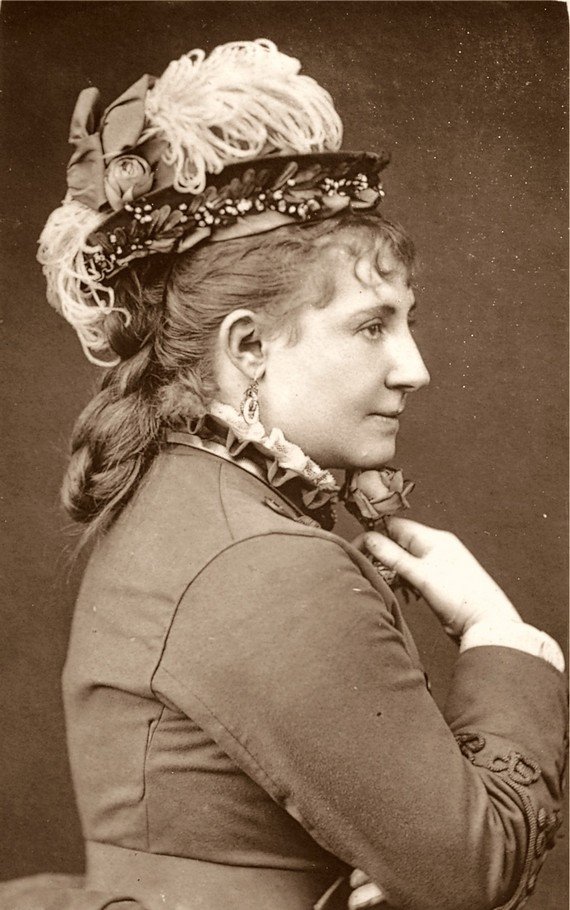 Burlesque gradually become more bawdy and risqué and would change radically from the more traditional British classical burlesque of the past. As the 19th century came to an end, burlesque was aimed more at the working classes, with plenty of sexual innuendo, bawdiness and making fun of social conventions. 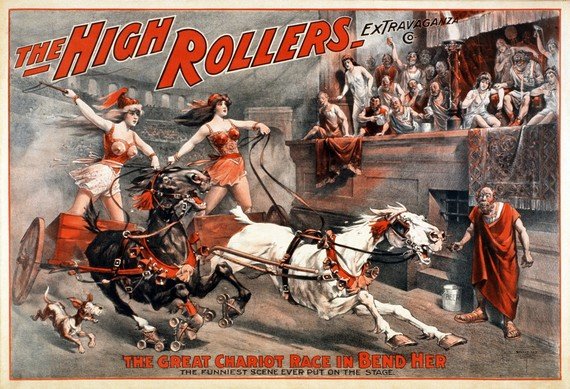 The Minsky Brothers would introduce Gypsy Rose Lee to American audiences at the beginning of the 20th century,and Mae West would start her early career as a burlesque star. The likes of Millie Deleon would help to stamp a raunchy mark on burlesque with her daring performances. Later, Michael Leavitt would change burlesque into a 3 act play with music and comedy. 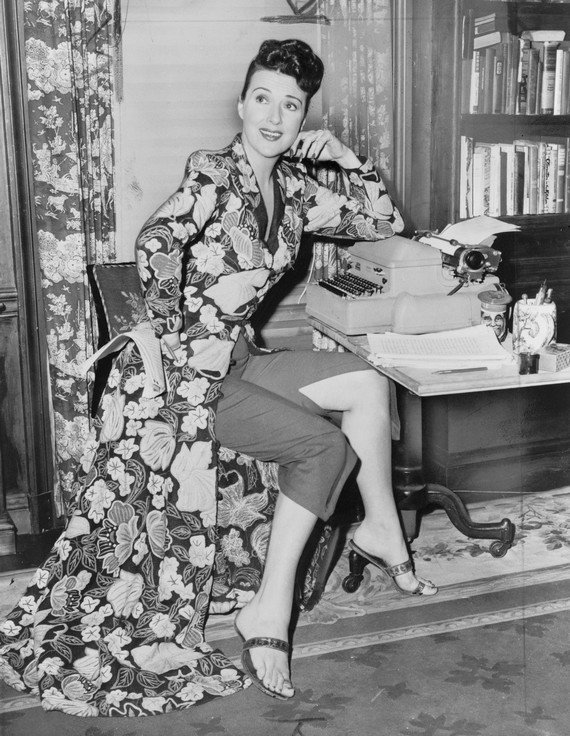 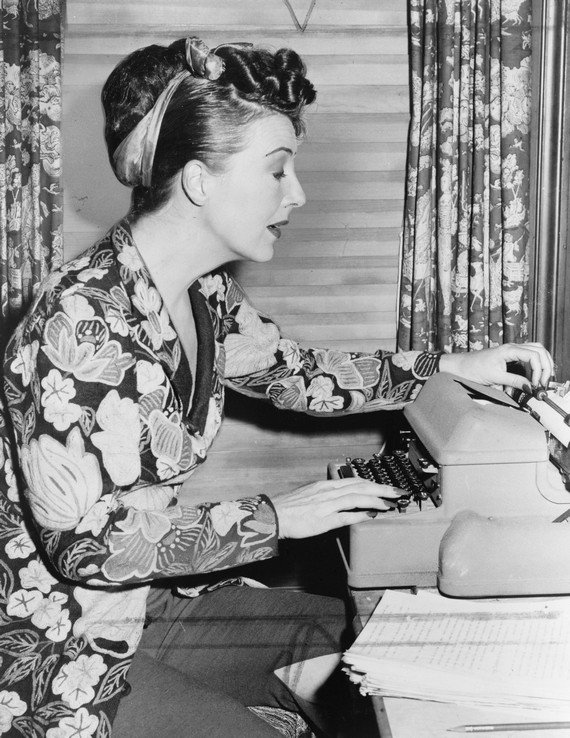 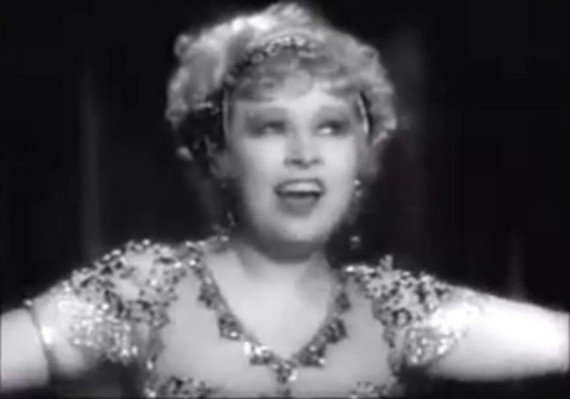 Burlesque would often be used as a place from which to discover new talent, many skills were required to be a burlesque star and versatility and stamina were key.

The 1920s saw prohibition with a permanent ban on alcohol throughout America, and here burlesque took its place with shrinking hemlines and a period of great change, especially for women. Showgirl glamour gave way to striptease, but the first stars of 20s – 30s Burlesque, in America at least, would go on to achieve fame and notoriety while others would go onto appear in talking films. 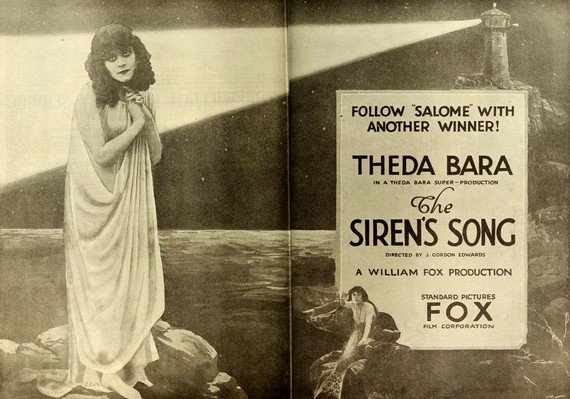 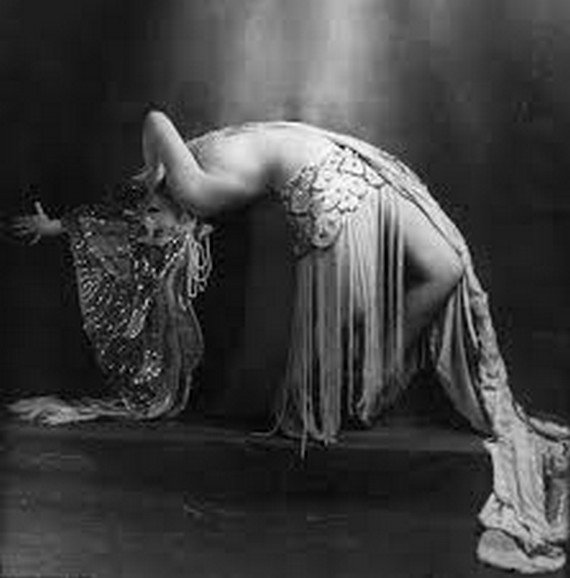 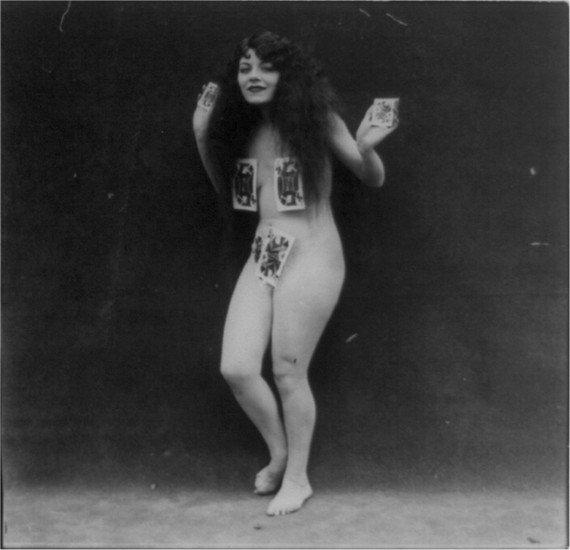 There was Josephine Baker who went by many names including Bronze Venus and Black Pearl. She would tour Europe and become a roaring success in Paris and go on to become the first African American woman to appear in film with “Zouzou,” in the mid-thirties. So famous was she that she was asked to take an unofficial leadership position after the death of Martin Luther King Jr. 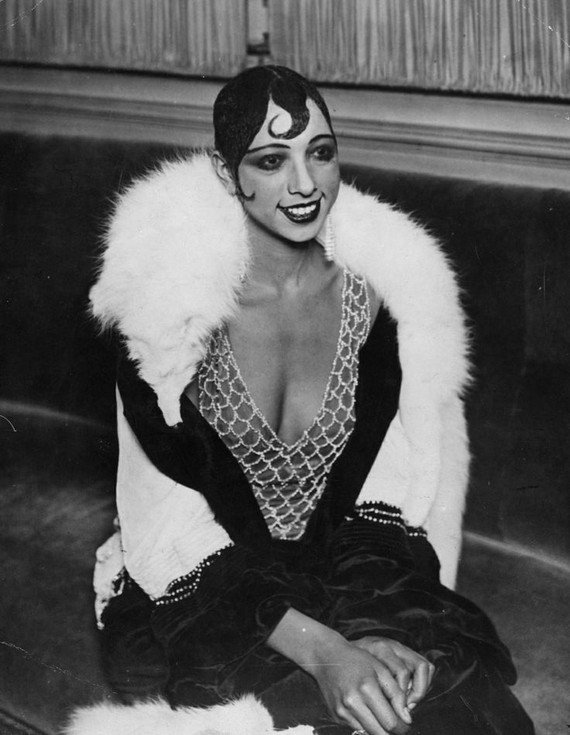 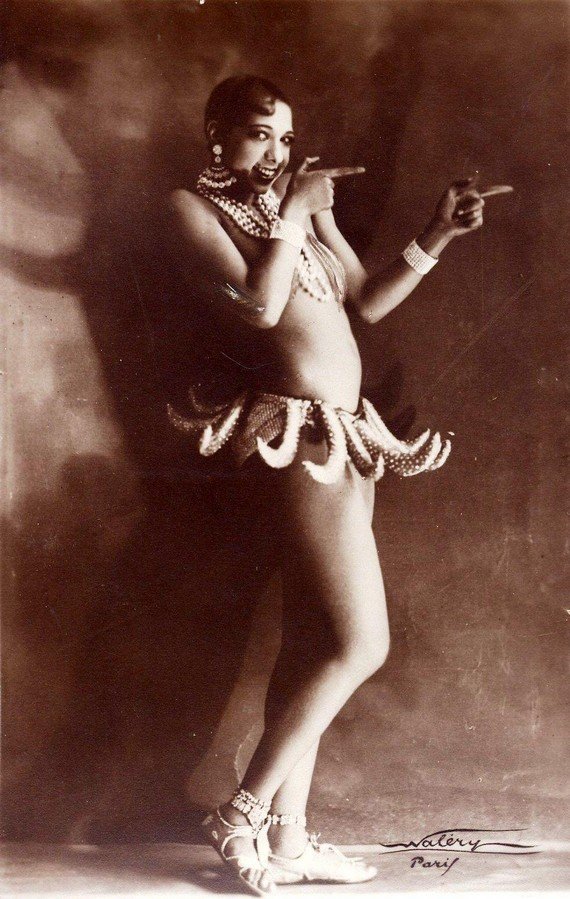 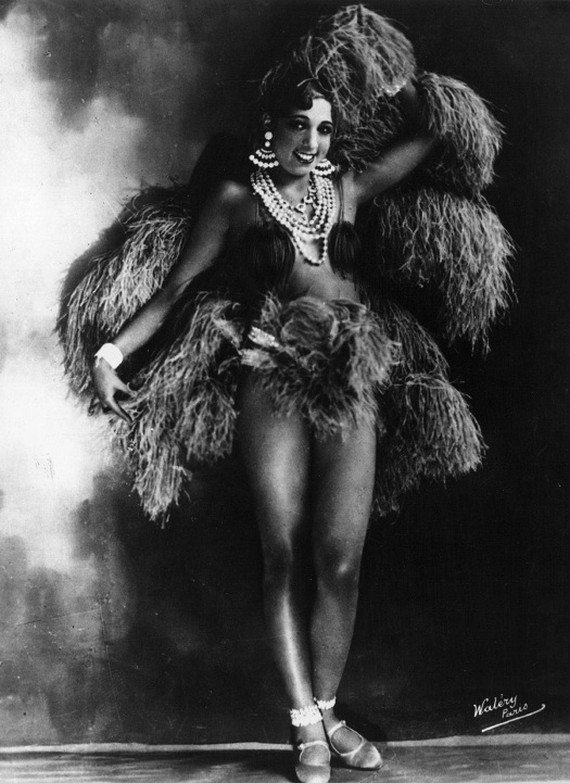 There was Mistinguett from France, a singer, actress and showgirl who appeared at the Moulin Rouge and Folies Bergere. Her legs were her greatest asset, acting as a gimmick for her act. She would also go on to appear in a talking film in 1936 at the age of 60.

Then there was Hinda Wassau who made the bold claim that she had in fact invented striptease herself. She had started out as a chorus girl and when her dress strap had snapped halfway through a performance, the audience fell into rapturous applause, and so Wassau’s life as a burlesque performer would begin. 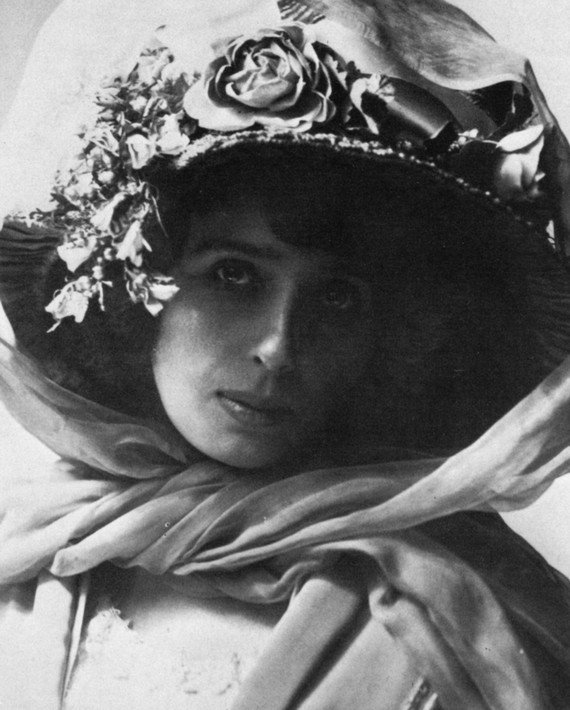 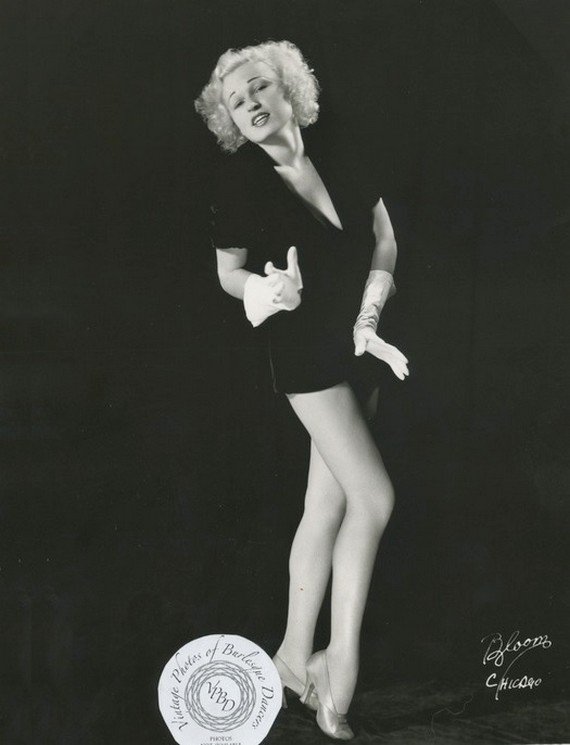 Edouard Manet, A Bar at the Folies-Bergère

1930s – and burlesque loses its lustre

The 1930s brought groups of burlesque stars dancing together, who by this time had turned burlesque into more of a strip show than the satire it had once been known for. Margaret Bourke White’s famous photos taken during the mid-thirties reveals scantily clad women waiting to go on stage, their costumes would even by today’s standards be considered risqué.

Sadly, the stripping came without the wit and humour leaving just the strip for audiences to enjoy. Sometimes up to 6 strippers would perform at the same time with up to 2 comics supporting them, which at one time included the famous comedy actress Fanny Bryce.

This is how you undress for your husband

They even took it upon themselves to issue advice to women on how to strip for their husbands with step by step pictures. You could say at least, that they were speaking from a place of expertise seen as stripping was their forte.

The burlesque performances were highly stylised and came with much razzmatazz, every bit as exciting as a large scale show. The glitter, sequins, sparkle and feathers of the burlesque shows were as glamorous as you could get. It is here that many women may have got some of their inspiration for their costumes, although many burlesque stars today, since the 90s revival, tend to prefer a 40s and 50s style.

The beginning of the end of Burlesque history

However, burlesque was on a downward spiral at this time in history. In New York especially their performances were considered a bad influence due to their highly sexualised content, believing them to be the main cause of sex crime. As a result, many anti-burlesque campaigners planned to rid New York of burlesque stars, and initially they succeeded, as many burlesque venues had their applications to renew their licenses turned down. 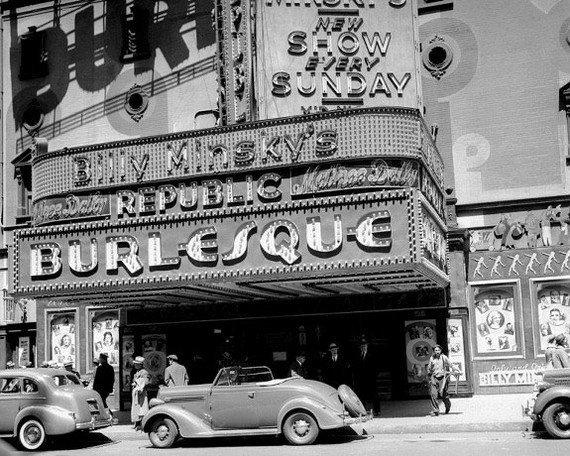 The Ban on Burlesque 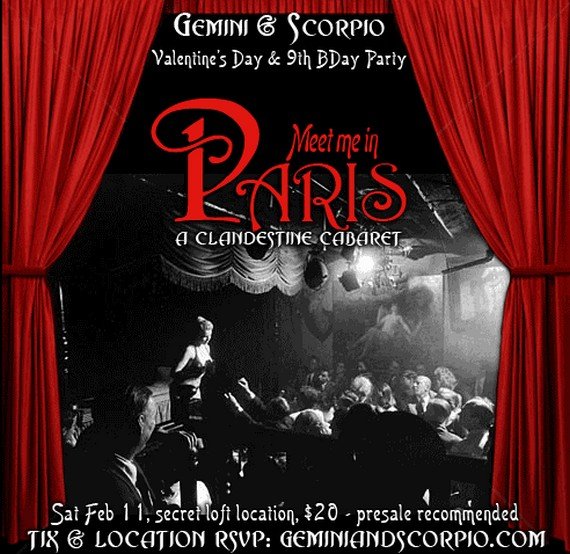 However, in Burlesque history the forties and fifties saw a revival of this old and established dance form with Lili St. Cyr, Gypsy Rose Lee, Carmelita and Rose la Rose. And this is where our journey through Burlesque continues next time.

If you feel inspired by some of the early 20s – 30s Burlesque stars then plenty of sparkle and feathers will be the order of the day, finger curled hair and ruby red lips, with a dash of mascara for those extra-long lashes, and perhaps a sequined skull cap with a few feathers?

Although Burlesque had all but gone quiet during the Second World War, it came back with a vengeance in the 1950s. This time it was more daring, salacious and bawdy than it had been in the decades before, and it was no longer hidden.Here’s some of the Burlesque history from 1950 to the present day.

Burlesque history 1950 to the present day

Newspapers and magazines reported on shows around the world and it was no longer something that was whispered about in corners.

In Burlesque history the fifties saw some of the most exciting and famous burlesque stars. This included Tempest Storm with her curvaceous figure and red hair, she played the vamp with style, she would also go on to appear in films such as Teaserama, a film that saw her appear with another famous star at the time, Bettie Page.

Burlesque history with a theme

Lily St Cyr created some imaginative acts to contribute towards her notoriety as a burlesque star. Jungle Goddess was one-act of many where her rather amorous performance with a parrot left the audiences amazed.

Gypsy Rose Lee was still performing and other new artists from this time included Lilly Christine who stalked around as a cat and was imaginatively known as “The Cat Girl,” and Dee Milo known as“The Venus of Dance” and Faith Bacon.

Today there are still burlesque stars working today the most famous being Immodesty Blaize, the British burlesque star and the American Dita Von Teese. Now there is a greater distinction between stripping and burlesque, with the emphasis being on the art of the tease. Dancers will strip down to underwear, but never appear nude.

More popular than ever before

In 2007 the London Burlesque Festival made burlesque more popular and Burlesque history much more well-known. Today, there are venues all over the country that teach burlesque dancing. You can go to your local community centre or gym and learn the art of burlesque.

Burlesque is as popular with women as it is with men, who are interested in the glamour and costumes worn by the dancers than anything else. Although they do strip down, this is merely a few seconds towards the end of the performance.

The art or the tease is an old and established act in Burlesque history that’s steeped in tradition and goes back a long way. It is enjoyed by all as a Vaudeville, old time music hall tradition with a very long and impressive line-up of women who’ve taken to the stage as a burlesque dancer.

Fancy yourself as a burlesque dancer

If you fancy learning how to do a little burlesque dancing then find out in your local newspaper where you can find a venue near to where you live. If anything, it’s a fun way of exercise and who knows, you may find you enjoy it enough to do it in front of an audience.

Look out for vintage accessories to compliment an outfit, with ostrich boas, elbow length silk gloves and high pumps and you’ll be half way there.

The world of burlesque history has come a long long way from the days when it was a covert and secretive act, to a celebrated form of dance that both men and women can enjoy.