Jaques Fath was one of the leading midcentury Parisian couturiers. An innovative designer, his clothes were dramatic and perfect for tall, slender women with panache. His clothes are the perfect, fairytale fantasy, looking just like an illustration come to life. He dressed Hollywood stars Greta Garbo, Rita Hayworth and Ava Gardner, as well as Eva Peron.

Born in 1912 in Lafitte, France, Jaques Fath’s great-grandparents, Caroline and Georges Fath, were both fashion writers and illustrators, and Georges was also a famous playwright. His grandfather, Rene-Maurice Fath, was a landscape painter. Disappointingly, his father, André Fath, was an insurance agent.

Initially, at his father’s request, Jaques Fath studied book keeping and business law. He had a brief career in this area. But when, at the age of 21,  he was spotted by the film director Léonide Moguy, and cast in one of his films, Fath enrolled in drama school. He also became Moguy’s lover.

Moguy encouraged him to let his creative side blossom. Together they looked at fashion books and visited museums and exhibitions. When Fath started he would turning his mother and sister’s dresses inside out to study thier construction. He decided that his interest lay in fashion and not acting , although he did go on to appear in one more film, Scandale au Champs-Elysées (1949, directed by Roger Blanc).

The House of Jaques Fath

In 1937, at the age of 25, Jaques Fath opened his own house. It was right in the middle of the Depression, when many houses in the fashion industry were slashing their prices to survive (Chanel was said to have halved hers). Others closed down entirely.

Fath had just two rooms to begin with, one to design and make in and one for presentations. He was supported on the practical side of things by dressmaker Mme Gulbenkian. She soon became his partner and house premiére. Later, Hubert de Givenchy became one of his assistants. Guy Laroche and Valentino Garavani also worked for him.

The business survived on a knife-edge, and in the first few years, the deposit that a client would put down for a dress would be used to rush out and buy the fabric for it. 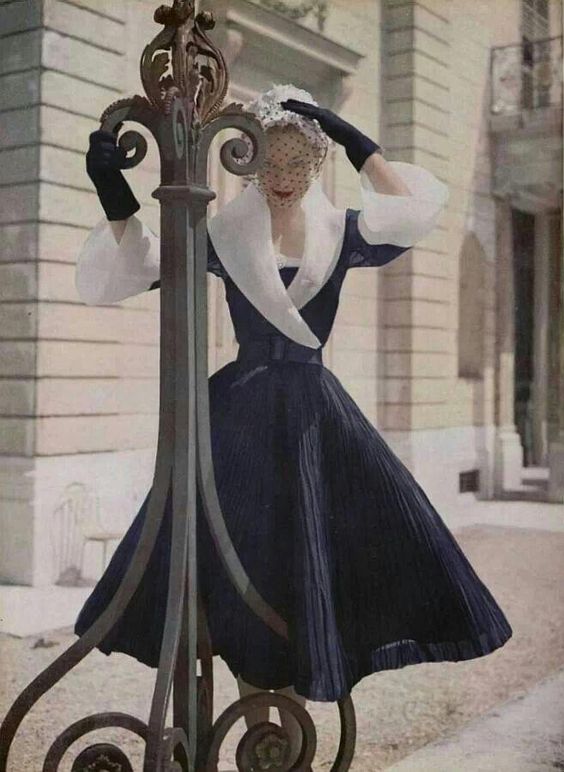 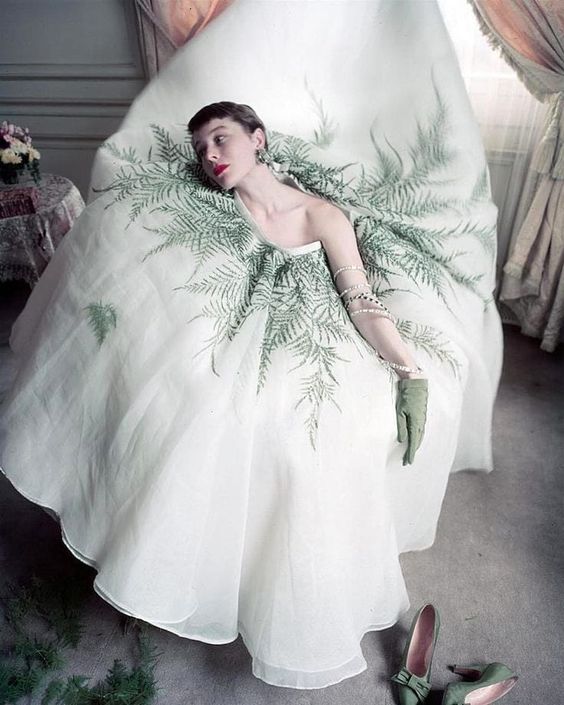 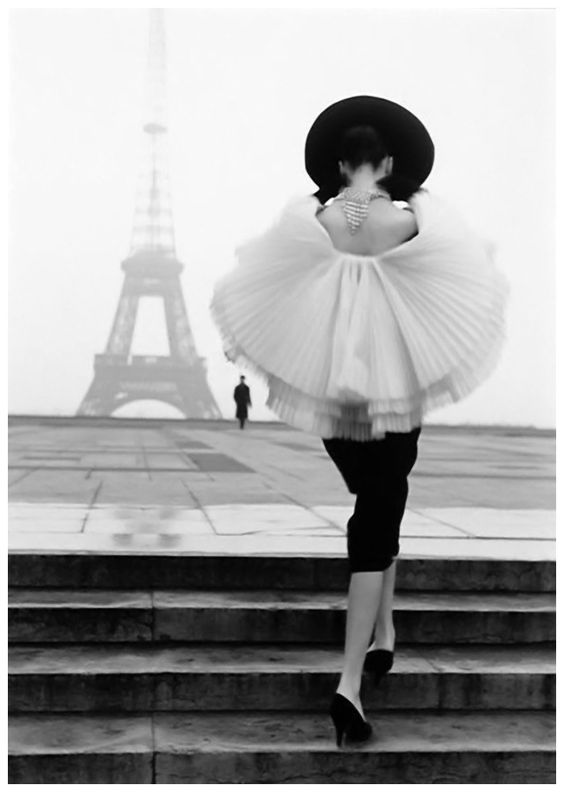 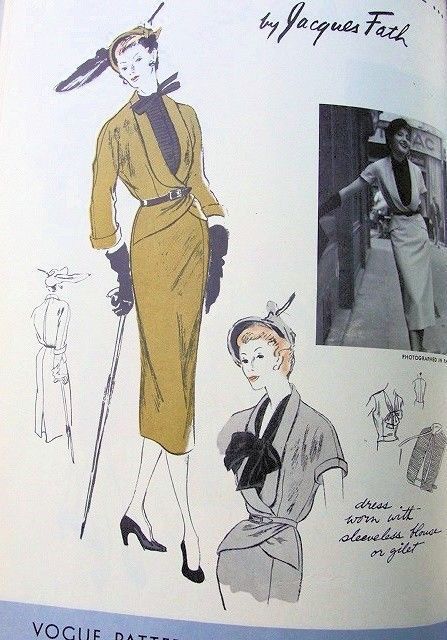 During the Second World War, more than a hundred French houses stayed open despite German occupation. Jaques Fath, having only opened a couple of years previously, was one of them. The business by now has just begun to take off.

His wartime skirts, completely the opposite of those made by British designers at the time, were not designed to either save fabric or be especially practical. His wide, fluttery skirts, were apparently designed with bicycle-riding women in mind, who were forced onto the contraptions since petrol was extremely scarce. However, a flou flou skirt is not what you would call practical for a bike, especially on a windy day.

He saw active duty, serving as a gunner, second class, in the French Army. But he was captured and became a prisoner of war for a month. On his release he went back to his business.

After the war he received the Croix de Guerre with Palm and the Legion de Honour.

In 1939, Fath married Genevieve Boucher de la Bruyére. She was a model and had worked as Coco Chanel’s secretary. They met at drama school. Boucher was said to be gay. So was Fath, who was extremely effeminate and the long time lover of the French film director Léonide Moguy. However, whatever their private lives, the couple became the toast of Paris and Genevieve, always in Fath designs, was photographed at society events, helping him to make his name and arrive on the fashion firmament.

Genevieve and Jaques had a child together, Philippe Fath, born in 1947.

After the war,  Fath’s star rose. The magazines reported on him constantly and featured his designs in their fashion spreads. He became mentioned in the same breath as Christian Dior. The House of Jaques Fath employed 500 seamstresses, and in 1950 he opened a boutique with licensed items like ties and stockings. In 1954 a ready to wear line was launched. He also started marketing perfumes. His clients included Ava Gardner, Greta Garbo, and Rita Hayworth, who wore a Fath wedding dress for her marriage to Prince Aly Khan. He also dressed Eva Perón.

To promote the brand in America, Jaques and Genevieve went on a three month tour there. The glamorous couple charmed the USA, and Fath secured a licensing deal, “Jacques Fath for Joseph Halpert”.

The couple bought a huge home together in France, the Chateau de Corbeville. The gardens were designed by Le Notre, the garden architect from Versailles. There, they held an annual ball. One year, there were more than 800 invitees. The elaborate costume balls were famous throughout France. The press, society patrons, and famous people were invited as well as friends and family.

Many years after he died, a documentary was released about the designer, 1994’s Les Folies de Fath by Pascal Franck.

In 1952, at the peak of his career, Jaques Fath discovered he had leukemia. He died in 1954 at the age of just 42, weeks after his last collection was finished. His house continued for three years, under Genevieve as the new head of the house. When the haute couture side closed in 1957, the business continued selling gloves, perfumes, tights, and accessories.

During the 1990s, designers like John Galliano rediscovered his work, and cited him as an influence on their own reimaginings of luxurious Paris couture.

Fath perfumes are still sold today. The brand was relaunched in 1992, with various head designers over the years.