Hardy Amies was a practical kind of couturier. A moderate sort, never given to excess in design or life, embracing both advertising and ready to wear but never letting it damage his brand or his relationship with the young Queen Elizabeth or his couture clients.

He even designed the costumes for 2001: A Space Odyssey, but over all, if you look at the Queen’s lifetime wardrobe, it encapsulates his style: neat, timeless, appropriate.

Sir Edwin Hardy Amies (born 1909 in London) never trained in dress design, and got his career start via a single sentence in a letter. In his late teens he went to France to teach English, moved to Germany to work for a tile manufacturers, and returned to England a few years later to selling weighing machines.

He wrote a letter to his mother, describing a party where the hostess had worn gown of “a pleated black chiffon with a bodice embroidered in grey and silver.” The wearer of the dress, Madame Gray, happened to have been his Mother’s boss who ran a dressmaker’s where she was the saleswoman. Mrs Gray was now one half of the couple behind the couturiers Lachasse.

When Amie’s mother wrote to to tell her how her son had noticed all the details of what she wore, he was called for an interview and hired as a manager for the business in 1934. 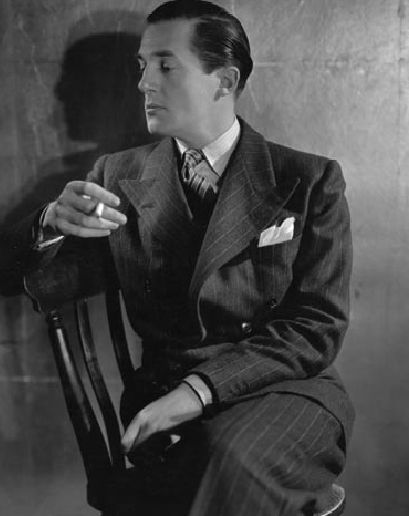 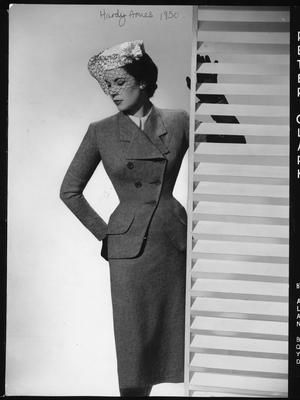 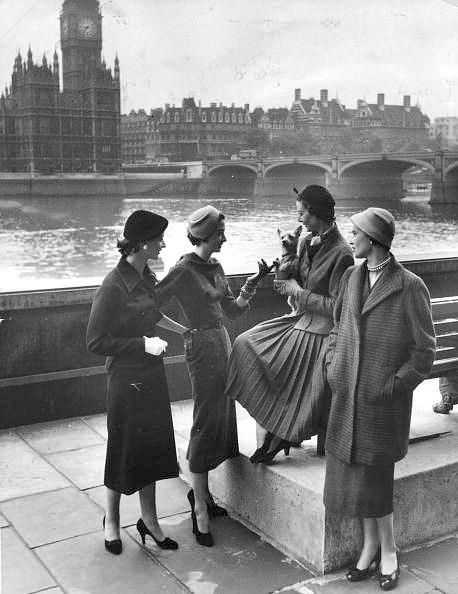 It wasn’t what he was there for, but this sharp eye soon found him a part of the design team, and then head of it. In 1939 he renewed his contract, but people began to see Lachasse as synonymous with Hardie Amies, and relationships were breaking down with the actual owners of the business.

As World War 2 broke out, Amies joined the military police. He continued to design alongside this work, presenting his spring 1940 collection wearing his hobnailed boots and private’s uniform – which was not quite as down to earth as that might seem, having been tailored in Savile Row.

The collection was a huge success, and his patriotism and hard work ethic brought him great plaudits in the press. However, his increasing fame just caused more friction at Lachasse and he was fired.

During the war, Amies worked for the Special Operations Executive. The SOE was the spying division, and Amies helped to arrange the parachuting of special agents behind enemy lines. He had a sense of humour about it, code-naming missions with the names of fashion houses. But his superior didn’t find his manners funny.

“This officer is far tougher both physically and mentally than his rather precious appearance would suggest. He possesses a keen brain and an abundance of shrewd sense. His only handicap is his precious appearance and manner, and these are tending to decrease.”

Hardy Amies was associated with the group who murdered Nazis collaborators after the war ended. He denied any involvement.

After Lachasse and still working in the army, he worked for Worth and then the New York department store Henri Bendel, creating “Boutique” models which were, in effect, ready-to-wear. Amies thought that ready-to-wear would be the future of fashion after the war, and “I might as well get my foot in now”. He also designed for the government’s Clothing Utility Scheme in 1941. It was not until 1945 that he was demobilised from the army and able to open his own house, which in the end focussed on couture and not ready-to-wear, after all.

Amies was always very open about the fact that he did not have draping or cut and make skills. Instead he visualised the outfit extremely carefully before making precise, workmanlike drawings. These indicated to the team exactly where buttons should go and how long the skirt ought to be. He always acknowledged the skill of the workshops in bringing his designs to life, and found out what customers wanted by talking to them.

So his designs didn’t really break new ground, by presenting new designs that nobody had ever thought of before. But they filled a need and were comfortable, flattering, well fitting and wearable whilst being fashionable enough. They were also extremely well made and of such a lasting, classic design that many couture customers still owned and wore the clothes they had commissioned from him fifty or sixty years later. He was also always extremely courteous to everybody, clients and workers alike.

Hardy Amies had a close relationship with the cloth manufacturers in Britain. The designer often used cottons when others thought it was more luxurious to use silk and wool. The fabric, for him, often suggested the design. He rarely commissioned special weaves or dyes, mainly preferring nondescript colours and prints as they would be worn more often.

Hardie Amies and The Queen 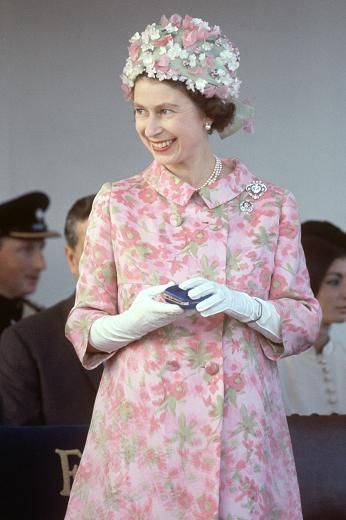 Coat designed by Hardy Amies for The Queen. Image via Pinterest. 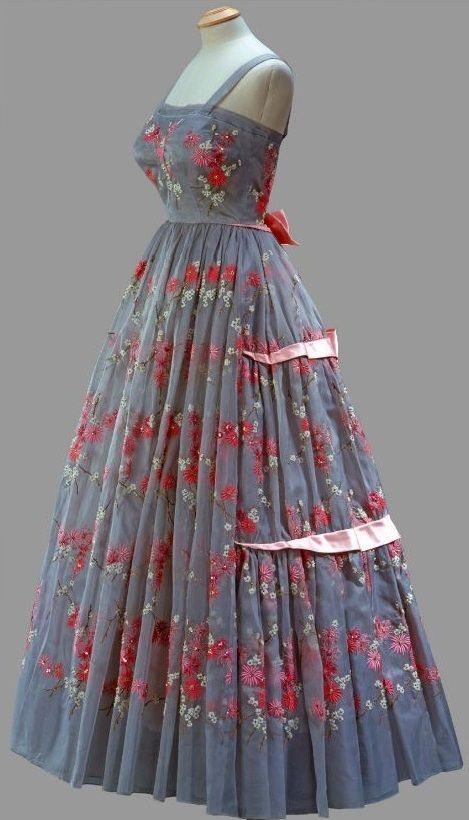 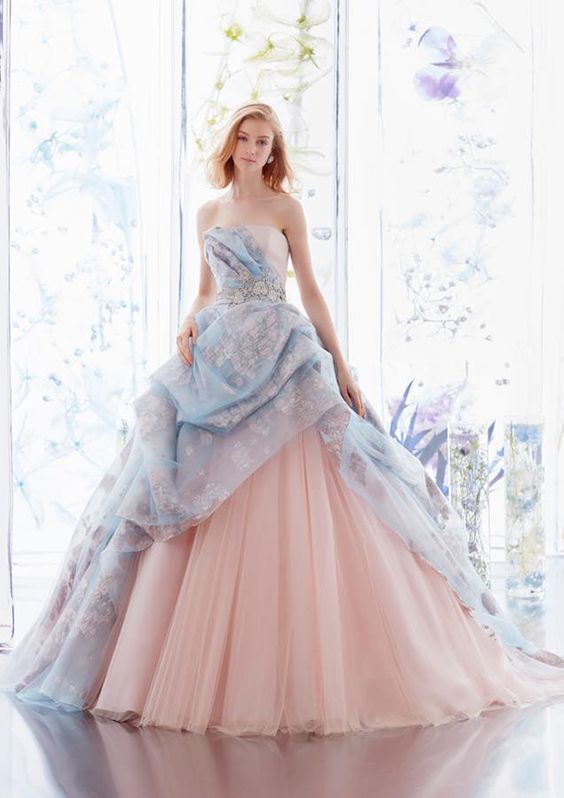 In 1950 he met Princess Elizabeth for the first time. By 1955 he and his team were regular visitors to Buckingham Palace. That year he was given a Royal Warrant. The relationship was to continue for his entire working life.

Amies’ personal strength was always in tailoring and menswear. In 1946 his business was reported by Vogue to have a turnover of £15 million on menswear, and about three-quarters of a million on womenswear.

Ken Fleetwood was employed by the company in 1952 as an illustrator. He rapidly become part of the design team and eventually becoming the Design Director of Hardy Amies Ltd. Fleetwood specialised in womenswear. He also became Amies’ partner: they were together for 43 years until Fleetwood’s death in 1996.

In later years, Amies didn’t see the collection until it was in its late stages. He didn’t have much of a hand in designing it, trusting his team. Sometimes the first time he saw it was on the catwalk. Hardie Amies retired in 1989, when he was 86 years old. He died in 2003 at the age of 93. The Hardie Amies brand continues.