Guiseppe Jo Mattli was a London-based haute couturier who designed smartly tailored outfits and ballgowns in lovely fabrics. His style is considered quite French (he had trained in Paris), which translated as quite racy because he included startling colours meant to be looked at rather than the usual demure colours and cuts designed for an Englishwoman to fade into the background.

Jo Mattli, member of the “Big Ten” and later the “Big Eleven

He was a member of the “Big Ten” and later the “Big Eleven”, those considered the most important London couturiers at the time. Mattli dressed the ballet dancer Moira Shearer both onstage and for her going-away outfit, and he also created promotional dresses for the Cotton Board to be presented to both Princesses Margaret and Elizabeth.

Ballgowns for Duchesses and Ready-to-wear Raincoats by Jo Mattli 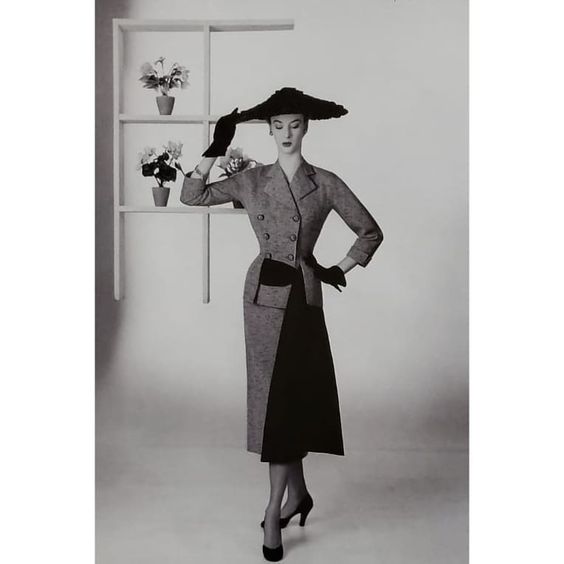 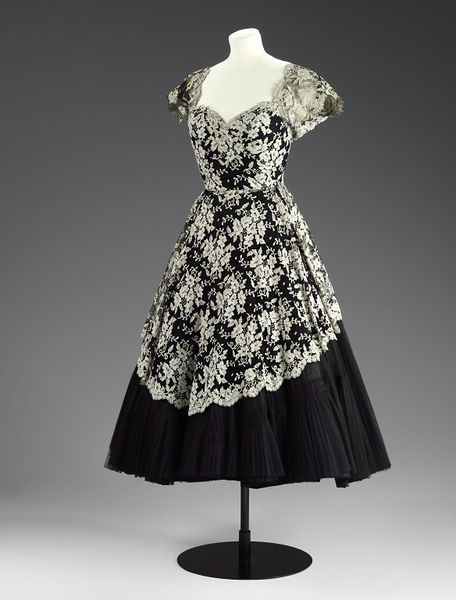 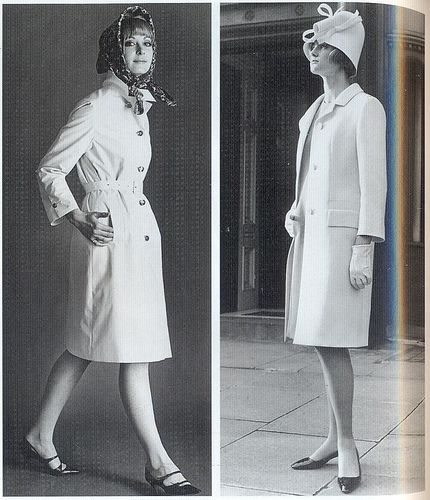 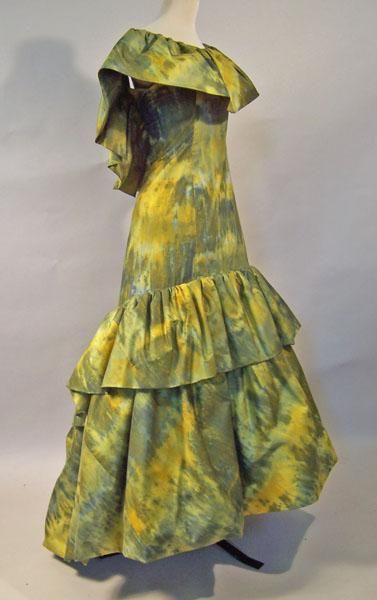 Guiseppe Gustavo Mattli, known as Joseph or Jo, was born in Locarno, Switzerland in 1907. He had twelve sisters and a brother, and the family was raised speaking Italian in Lugano, Switzerland. As a teenager he was apprenticed to a Swiss oil company but moved to England at the age of 19. There he improved upon his English and learned tailoring.

Since his fashion skills held promise, he then went to Paris to continue his training at the couture house Premet. In 1934 he was able to open his own couture house. He chose London, as he loved the city. Mattli of London was born. He went back to Paris to show his work, but on the outbreak of war decided to travel back to, and stay in, London. There, he exploded onto the scene after designing Lady Nancy Cunard’s entire wardrobe for 1935. Other clients flocked to his atelier. 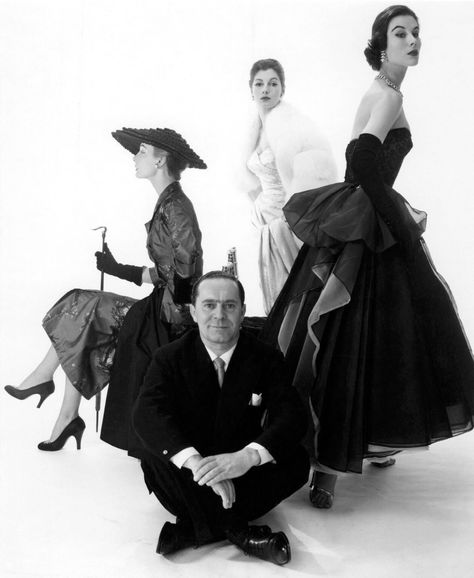 Dress and jacket and two ballgowns along with the designer himself.

Approachable yet Demanding, and a Good Cook

If you were a client or friend, Mattli was a lovely man, friendly and approachable. However, things were a little different if you happened to be working for him. He was highly demanding and expected staff to give their all.

At some point before 1934 he had married one of his house models, whose name was Olga. She was involved in the business, working alongside him to design hats for some of his creations. But it was later described as an unhappy marriage, and the couple separated.

In 1947 he married the French model Claude. She had previously worked for Patou and Dessès. Claude became closely involved with the business, as its director and public face. Wearing Jo Mattli, she was photographed at his side frequently, much to the press’s delight. She also modelled occasionally for big events like press openings. Claude was described as a keen housewife who did all the shopping, but Jo was the cook in their Kensington flat.

His work was distinguished by its exquisite finish and attention to detail. Other hallmarks were his simplicity of line and clever seaming. Then, of course, there were the colours. Shades of orange, royal blue, mauve, deep amber and even orange and purple together appeared in both day and evening wear. There were also softer pale greens, beige, light greys, cream and black for those who wished to be a little more retiring.

He loved dressing tall, thin Englishwomen the most. Barbara Goalen, the midcentury British supermodel, actually got her start as a house model at Mattli.

The Glasgow Herald of July 1953 described his collection thus:

“Long soft shouldered but tight sleeves, high simple necklines, and straight bodices and skirts give a drainpipe look to his immaculately cut tweed dresses. For afternoon and cocktail wear, where skirts are less severe and sometimes furbished by hip draperies, black predominates in fine wool and silk jersey; needlerun lace mounted on stiffened net and black guipure lace appliquéd on black velvet also find a place here. The one trimming on a simply cut boucle black day dress is supplied by a few lines of drawn thread work just below the neck.

For cocktail or semi-evening there are Spanish-style ankle-length gowns in black lace. The full lace skirts of one fall smoothly over a straight underskirt of red, again emphasising the Mattli slender look.”

Dresses for the Coronation

In 1952 – 53, Jo Mattli was at the peak of his career. Along with the other top British fashion designers he designed dresses for peeresses to wear at the coronation of Queen Elizabeth II and all the associated social events. Because space was limited at St Paul’s Cathedral the dresses were opulent but very slim. It was also reported that because the gown was worn under a ceremonial robe and there would be a large amount of people there, it was going to be uncomfortably hot at the coronation. To “beat the heat”, some peeresses were opting for just the front of a dress, pinned onto their underwear.

But in July 1955, having expanded too quickly, Mattli (Couturiers) Limited went into liquidation. In just three months he was back with a small couture collection under the name of Mattli Limited. He also started leaning more heavily on his ready-to-wear business, and registered it as a separate company, Mattli (Ready To wear) Limited. By the end of the 50s he was designing for the Grattan mail order catalogue and the Co-Operative Wholesale Society, and in the 60s he started producing home sewing patterns for Vogue Sewing.

From 1954 to 1960 Jo Mattli wrote a fashion column for Reynolds News and the Sunday Citizen. Despite dressing the elite, he believed that every woman could look good at any budget. “A dress is never an end in itself but takes character from the personality of the wearer.” he counselled. He gave tips on styling and grooming and espoused his opinion in his columns.

Jo Mattli remained a director of Mattli (Ready to Wear) Limited until 1980 when it closed. He retired to a small village in Berkshire where he died in 1982. The V&A Museum and the Fashion Museum in Bath both have examples of his work in their collections as well as sketches and press books.