When the word Givenchy is mentioned Audrey Hepburn is never far from people’s lips, such was their collaboration. Hubert de Givenchy would work with other famous people, but this partnership was like no other, and would remain in people’s memories long after it had ended. 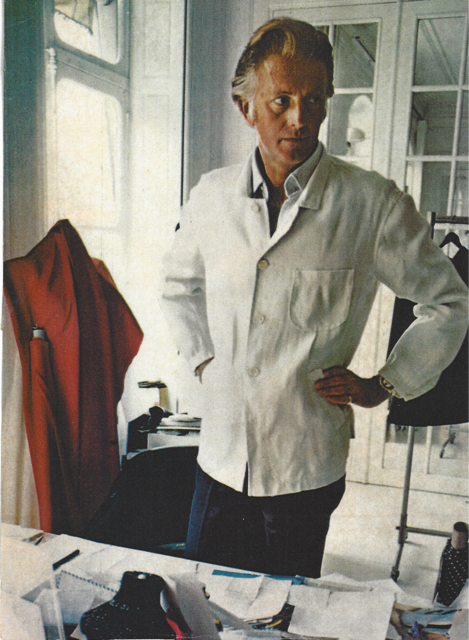 Hubert de Givenchy in his atelier at Avenue George V, 1972

Hubert de Givenchy founded the house of haute couture in 1952 with modern styles for women that would be his trademark. His first collection set the fashion world alight with “Les Se parables” with feminine fabrics creating a beautiful girlish yet sophisticated silhouette, with blouses made from raw cotton and delicate floaty skirts. The Bettina blouse would be part of this collection and would be famous in its own right, it was made with Bettina Graziani in mind and was named after her.

1953 was specially an incredible year for Hubert de Givenchy. In 1953 he met his idol Cristóbal Balenciaga, and soon they became friends.

Ready to wear and a shirt dress

In 1954 Hubert Givenchy gave fashion the first shirt dress as Diane Furstenburg created the wrap dress. This shirt dress was evolve into a sack dress in the late fifties. Following this he would come up with the very first ready to wear line which would be called “Givenchy Universite.” The clothes would be made in Paris where Givency was based, but they would be made with American machinery.

In the late sixties Hubert Givenchy would work on a new line for gentleman’s wear and go on to create new accessory lines including upholstery, jewellery and tableware. 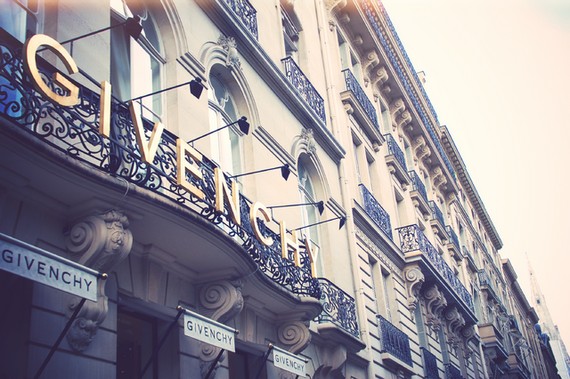 Hubert Givenchy leaves – the end of an era

Such was Hubert Givenchy’s fame and success that he would be voted personality of the year in 1979 and the most elegant man by a well-known magazine. However, he would leave in 1995 and was succeeded by a succession of famous British designers including John Galliano, Julien Macdonald and Alexander McQueen.

Count Hubert James Marcel Taffin de Givenchy or Hubert Givenchy as he was known would leave the fashion house he’d created back in the early fifties leaving a legacy of creative genius that had seen him dress Hepburn, Jacqueline Kennedy and Lauren Bacall, and create styles that would last long after he’d left.

Who’s in charge of Givenchy now?

As we know McQueen is sadly no longer with us, we know that Julien Macdonald is no longer with Givinchy, and we’re well aware of Galliano’s trajectory from Givenchy to Dior, and from Dior to his new takeover of creative design for Maison Martin Margiela. Who would now carry on the fashion beacon now?

Riccardo Tisci would take over the Givenchy fashion house in 2005 and has cleverly managed to continue the design tradition, while at the same time putting his own personal stamp on the famous fashion house, with sensuous tones, dark simplicity, cluttered lines and graphic shapes.

Again, Tisci is creating fashion partnerships with beautiful women, just like his much earlier predecessor, Hubert Givenchy. It was in early December that Julia Roberts was announced as the new face of the Spring/Summer 2015 campaign. Perhaps it isn’t surprising seen as Tisci is such a fan of 90s movies and we know that Roberts was big in the 90s. That said, it’s a wise and bold move from Tisci to use an older woman, rather than rely on the pencil thin blank faced 20 something’s that are the usual fayre of big fashion campaigns.

Roberts is stripped of makeup and dressed tom-boyishly in Givenchy designs, a world away from the Hollywood flash we’re all subjected to on the red carpet. She looks more beautiful now than she did 20 years ago.

It’s not the first time Tisci has used interesting women to front his campaigns and his former muses have included Erykah Badu and Lea T. a transgender model.

Tisci came from humble beginnings in Italy from a poor, but large and loving family. Tisci has certainly created his own mark on the house with statement sweatshirts, fashion trainers and leopard print bomber jackets. Thanks to Tisci and thanks to his uncompromising and refreshing attitude matched by creative talent, Givenchy can only continue to go from strength to strength.