The birth of the Mini Skirt

The Mini Skirt in 60s fashion

Towards the end of the fifties, fashion had started to get really interesting, with new processes, fabrics and materials being used by a new generation of fashion designers. It wasn’t until the mid-sixties however, that things really started to get underway, with the sexual revolution and a decade when the young started to influence what was worn on the streets and the mini skirts was born.

The swinging sixties was a time of iconic fashion trends and fantastic patterns and colours, but the Mini Skirt wasn’t necessarily invented during this exciting decade. The hemline had been decreasing for some time, starting after the Second World War, and before that even, when the flapper girl had shortened her dresses to mark a period of change for women. Even in some films during the fifties, girls were shown wearing shorter hems on their dresses.

John Bates and the mini skirt

Another designer who may have had some responsibility for the popularity of the mini skirt was John Bates. He had a penchant for short dresses that barely skimmed the waist and was known for having dressed Diana Rigg, Twiggy, Sandie Shaw, and Jean Shrimpton. When his clothes were modelled he preferred a braless silhouette and his creations were certainly popular.

Jean Shrimpton was even photographed in a mini skirt that was supposed to have started the trend, it certainly made waves and led those who coveted a mini skirt, to finally go out and buy one. 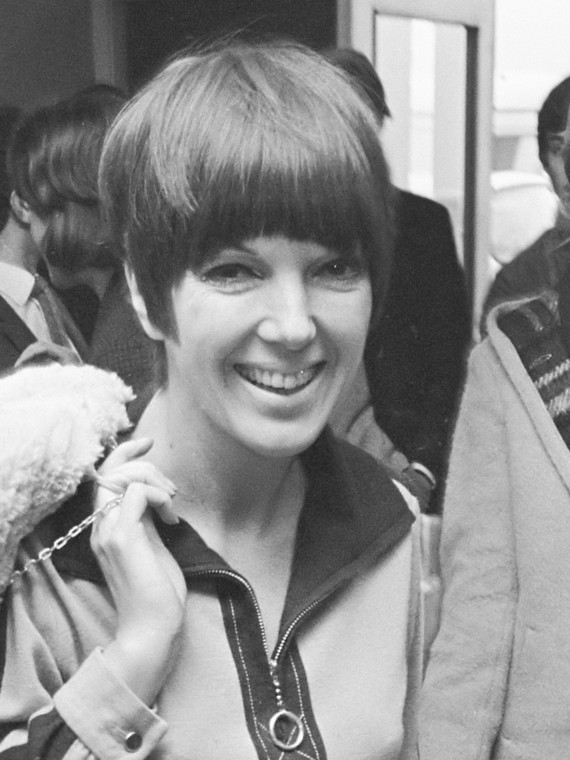 However, what does remain true is that Mary Quant was certainly responsible for facilitating the mini skirt’s fame and notoriety in London, and made a style of dress popular with the public and especially with a certain fashionable group of London girls, a style that would come to be known as the “Chelsea Look” 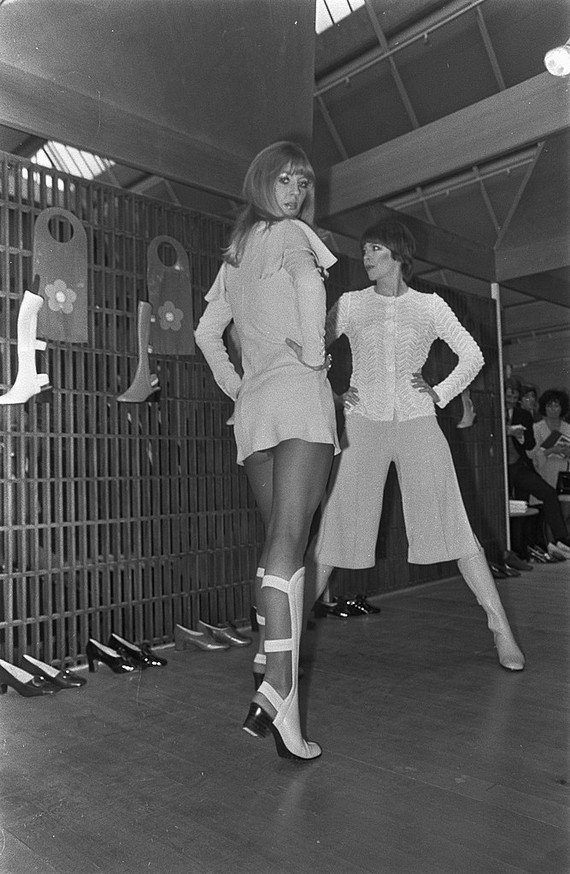 Mary Quant’s Mini Skirts were at least 7 inches above the knee and although popular in skirt form there were also mini dresses that would be finished off with a contrasting collar,creating a feminine yet daring look. Materials used were cotton, PVC and gabardine. A PVC skirt gave off a sense of daring as it stood out for its sheen and would often come in loud colours. Dresses sometimes came with geometric colours, and large shapes and swirls that stood out.

It was a world away from the conservative fifties suits and gowns, and gave women a sense of freedom in how they moved and how they looked.

If you google a PVC mini skirt today, you’ll find as many contemporary versions as you’ll find from the sixties. The mini, once it arrived, never left and is here to stay. It can still give a sophisticated look to an outfit, as well being daring. You can find contemporary ones in PVC as well as some more modern metallic shades.

Go vintage if you can for an authentic 1960s vintage look.
If you decide to go down the route of authentic 1960s vintage, then look online and on the high street. The shinier Mini Skirts really are fun, but there are plenty of other materials that work just as well. Go for loud colours and monotone geometric shapes, with buttons and zippers and create a really authentic sixties look. Match with knee high boots and a blouse and you’re ready to go.

jean_shrimpton in the dress that started the trend

The high street chain now known as River Island was once rebranded as Chelsea Girl in the 1960s.