‘In 1964, Genevieve Antoine Dariaux published “A Guide to Elegance”. This small but definitive book was “for every woman who wants to be well and properly dressed on all occasions”.  Madame Antoine Dariaux had her own design house, and was the directrice at Nina Ricci for many years. Here are her style tips from 1964. All quotes remain the author and publisher’s own. 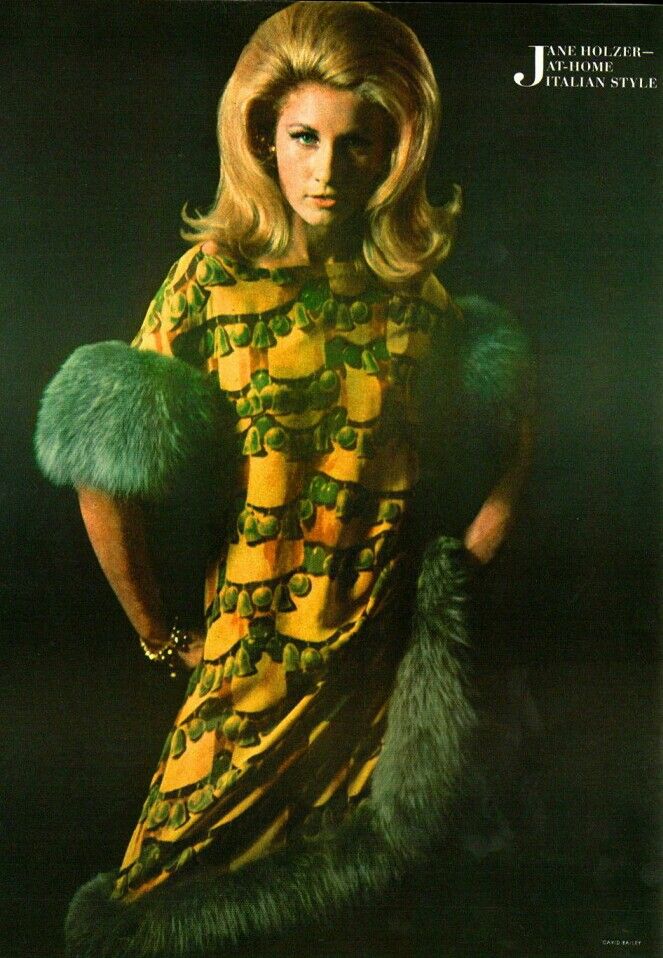 “When you are younger, you can have fun with little pigtails, long straight hair, shaggy bangs, and all the rest. But after forty you should adopt a simple hair style: either short, or pinned up in a French roll or a chignon; but never in any case long, glamorous tresses hanging down to your shoulders.

“Neither should you overdo bleaching, tinting, and dyeing in order to produce some dazzling artificial hair colour […] Coal black next to the face hardens the features terribly; too aggressive a red and an unnatural platinum blond are very vulgar. Finally, you should not be ashamed of your grey hair; it is often extremely becoming.

“Naturally, you will make a special appointment with your hairdresser if you are to attend an important social event in the evening. But please, don’t let him build an elaborate construction on top of your head for this special occasion. Simply be as you alway are – impeccable.”

At the same time, Vogue’s style tips of 1964 were applauding Baby Jane Holzer. A “tawny tigress, wealthy jetsetter and companion of Andy Warhol”, who had “the greatest volume that can be contrived”. As photographed by David Bailey, Baby Jane Holzer, who, by the way, is not a drag queen as one might expect, is definitely wearing, if not a tigress then some unfortunate fluffy animal. But it has to be said, her hair is magnificent.

“Men must have singularly changed through the ages in order to finally accept the fact that women have as much right to war pants as they, for it is one of their sacred privileges which they have never enjoyed sharing, even with Joan of Arc.

“While it was the custom fifty years ago to dress little boys just like little girls, today little girls are dressed like boys. So it isn’t really surprising that, after having passed half their childhood in trousers, the girls wish to continue to wear them all the rest of their lives – even after they have acquired contours that are sometimes too feminine to fit into man-tailored trousers.

“Once you have experienced the comfort of trousers, it is difficult to wear anything else.” 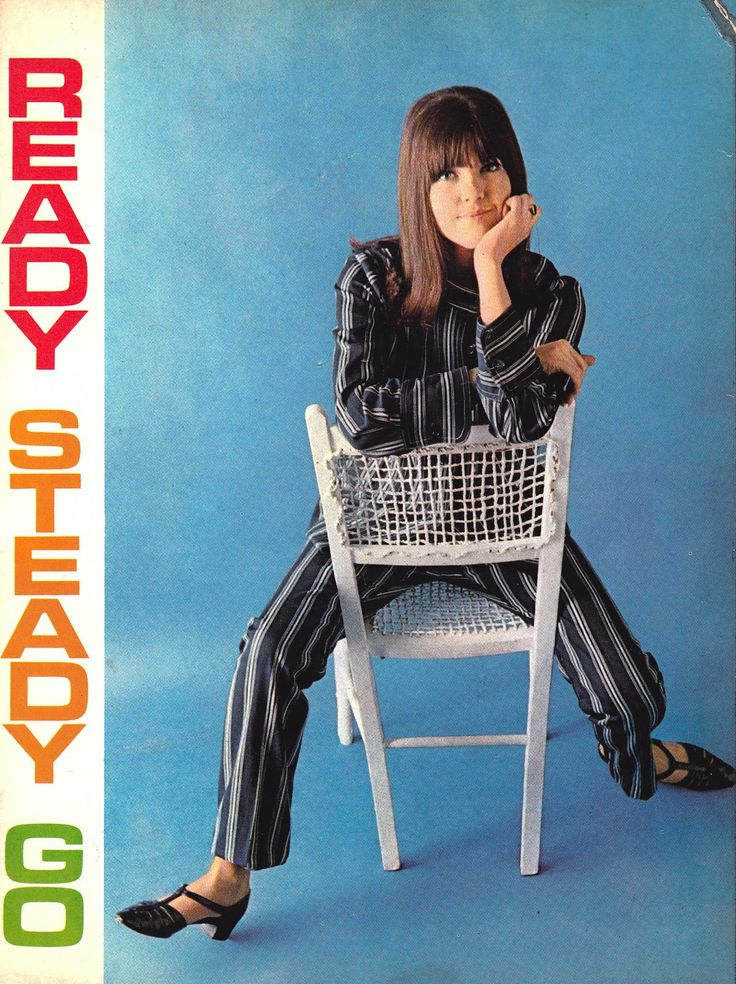 Style tips from 1964. Cathy McGowan in a trouser suit. Image via Pinterest.

In this year, 1964, it was still unusual to find women wearing trousers in formal settings. TV presenter Cathy McGowan hit the headlines going for a drink. She was refused entry to the Savoy hotel wearing a chic trouser suit. This is a replay of a scenario which happened in 1899. Florence Wallace Pomeroy, Viscountess Harberton was refused service at the Hautboy Hotel in Surrey. It was because she was dressed in cycling trousers. Lady Harberton sued. The case was dismissed, but aroused a lot of interest.

Biba designed its first trouser suit and released it in October 1964. The neatly tailored chalk striped brown flannel suit was picked up in the press as cutting edge fashion. An article in The Evening Standard featured a photo of it to illustrate a story about Biba’s Postal Boutique. The title was “Let me be the first to tell you…” It was also featured in She magazine, which had quite a conservative readership. “An outstanding value-for-glamour bargain obtainable throughout the whole country. This trouser suit with a gangster touch would be devastating at the office, delicious at the weekend, has a slim skirt for the timid.”

“Salesgirls in the sports department should be required to verify a customer’s birth certificate in order to avoid selling a pair of shorts to anybody over forty years of age – or thirty-eight inches around the hips.”

“A skirt can be worn with a sweater or blouse day in, day out, from one end of the year to the other, almost anywhere at all – except on a city street (unless it is covered by a coat).”

No word on why skirts might be so terrible on a city street. Presumably the answer was so obvious it wasn’t worth mentioning. This year, Vogue was trumpeting that “Courrèges skirts are the shortest in Paris”. They were just touching the knee. Perhaps the designer (and simultaneously Mary Quant in London) felt like he should live up to the hype. The next year, 1965, they shot up to thigh length.

“So called “sexy” styles are never truly elegant, but only suitable for the vamps of gangster films or comic strips. Besides, the authorities responsible for these exaggerations are neither the fashion designers, who only like the most slender, flat-chested mannequins, nor the garment industry, which has all the trouble in the world trying to lodge a generous bosom in the bodice of a dress that has just arrived from Paris without the slightest sign of a dart in front!

“No, the promotors of an aggressive poitrine are the brassière manufacturers, who construct and reinforce their creations as solidly as skyscrapers, with the result that those anatomical features which were intended to be soft, natural cushions, have been transformed into veritable armour plate. The collective adoration for the big bust and the publicity given to the measurements of certain celebrities is a phenomenon perhaps worthy of the attention of a psychiatrist, or the jury at a livestock exhibition – but it certainly has nothing to do with either fashion or elegance.”

The birth of the Mini Skirt