1960s Haute Couture, In Fierce Competition From Ready To Wear

In the 1960s haute couture was in fierce competition from ready to wear. There were still couturiers in London and, of course, Paris, but high taxes and overheads meant that they were struggling. Most added ready to wear in some form to shore up the business. In London there were 13 official houses, only three of whom had joined IncSoc, London’s couture union, in the 1960s. These were Clive (Evans), who had worked for three other IncSoc houses before launching his own eponymous label in 1963, Rahvis, the sisters Dora and Raemonde Rahvis, who joined in 1968, and Angele Delanghe, who had been a member from 1945-47, left, and rejoined in 1961.

Without much new blood coming in, and most couturiers sticking to what they knew, high fashion was starting to look very old fashioned next to the radical street style formed by the tastes of young people and not their middle aged parents. However, both Clive and Rahvis’s designs were as colourful and creative as any wild child could wish.

Over in Paris, André Courrèges Pierre Cardin, Emanuel Ungaro and Yves Saint Laurent were the haute couture designers of the moment. 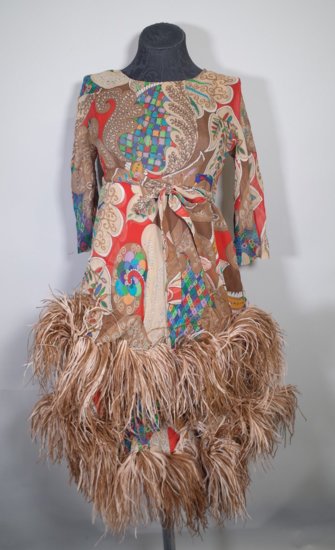 Clive Evans was in the Navy before working as a porter and a journalist. He then trained at Canterbury College of Art before starting a fashion apprenticeship at with Michael of Carlos Place before working at Lachasse and John Cavanagh. They were all London couturiers, members of IncSoc. He then worked for the wholesale house Berketex before showing his first collection in a borrowed space in 1963. Remarkably, he was allowed to join IncSoc the very next year, 1964, though his collections were very small, 24 pieces compared to the usual 200-odd and he hadn’t showed the required 4 collections yet.

The reviewer at the Sydney Morning Herald said: ”His tailoring is superb. His line is pure and his cut intricate.” The Guardian review said: ”Clive’s clothes have confident assurance…A young man must, indeed, have confident assurance and not a little courage to start a couture house these days when the whole drift of fashion is towards casual clothes and ready-to-wear.” 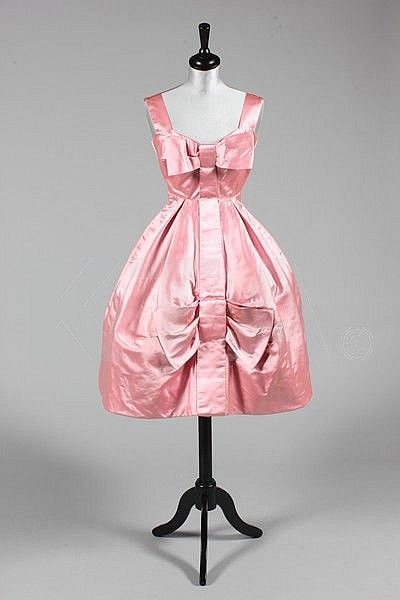 The sisters Dora and Raemonde Rahvis were South Africa born. They set up their London label in 1929. From the early days they and their work were featured on fashion clips and newsreels which were shown at the cinema. Interviews featuring the sisters themselves were very entertaining; they were great characters. Sometimes, their entire fashion show was filmed and shown. Sometimes, their work was among others. They had a thriving couture business and dressed royalty and film stars.

In 1941 they toured America with a fashion show. Tickets cost $100 each. At that point their workforce was around 100 employees and they had full books. Their business continued strong right into the 60s. Their 1960s haute couture collections included trousers, bright colours, and beading influenced particularly by Indian and South-East Asian dress.

In 1966 Raemonde diversified by styling a boy band called the Hullabaloos. Even their bleach blond haircuts had been devised by her. Dora dropped out of the business at some point in the sixties, but Raemonde carried on, eventually moving to California where she set up a new line, of terry towelling gowns to be slipped on over your swimming costume for dinner. Her last coup was designing the costumes for the female stars of the 1981 James Bond film  “For Your Eyes Only”, when she was 78 years old. 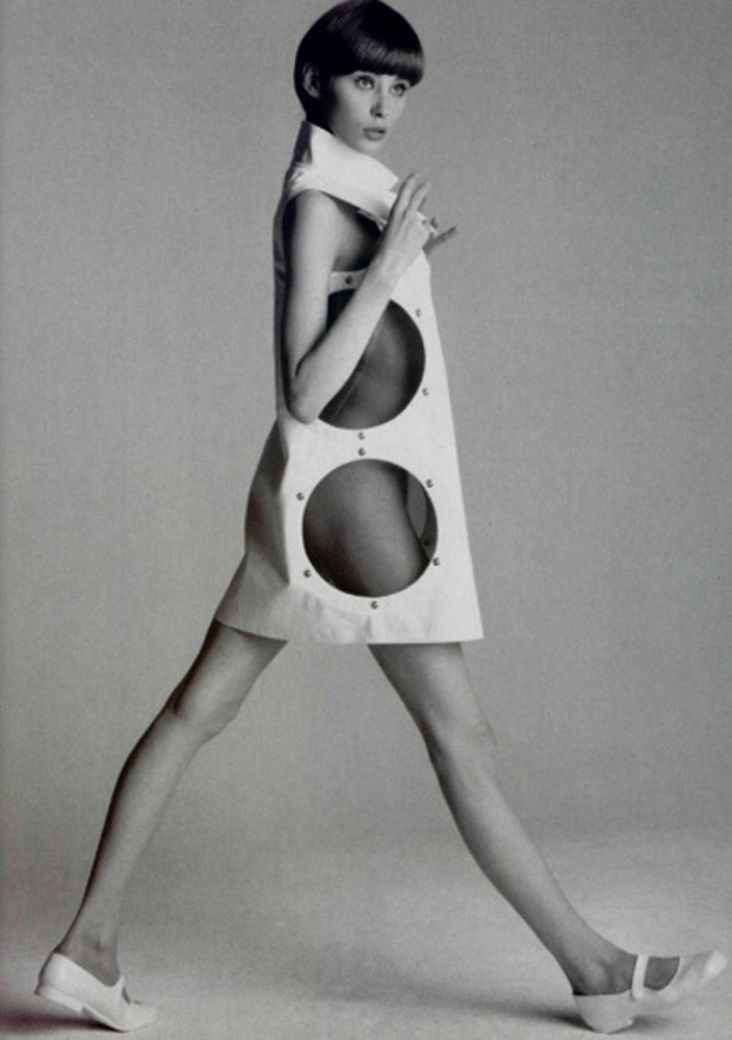 André Courrèges was born in France. He attended technical school and became a pilot during WW2. After the war, Courrèges went to Paris. He first got a job at the designer Jeanne Lafaurie. A few months later, he went to Cristóbal Balenciaga and worked his way up the ranks there.

In 1961 Courrèges set up his own company. It was influenced by the rigorous training he’d received from Balenciaga – all the clean cuts and silhouettes. But his style was decidedly his own. His first few 1960s haute couture collections didn’t make a splash, but suddenly, in autumn 1964, EVERYONE took notice. Vogue wrote: “White sets the pace at Courrèges – tweeds, gloves, kid boots, shoes, tunics, coats, trousers are all white. Trouser suits are lean, the trousers curved up at the ankle in front, dipped over the heel in back; overblouses are straight and squarish, jackets single breasted with a back half-belt; skirts are the shortest in Paris.” Although this praise from the press was delightful, it also lead to so many explicit copies that he banned them from shows until 1967.

Courrèges loved materials and accessories he felt were “space age” or futuristic – plastics like vinyl or Lycra and goggles as well as hats that looked more like helmets. Silver and white were his favourite colours, though he also used shots of orange and lemon yellow, bright pink, “stinging green”, poppy red and all shades of brown.

He was another designer who knew the power of ready to wear. He opened up boutiques – 125 worldwide by 1972. In 1973 he started a menswear line and by the end of the 70s he not only had several fragrances but also licensing agreements from shoes to towels. He retired in 1995 with a thriving brand which is still going.