Aged 15, Carmen dell’Orefice posed nude for Salvador Dali and made the cover of Vogue. She is now aged 88, and is still walking the runway.

Her story is more than a little troubling, since her start in life wasn’t the best. She was only loved by Vogue because she was actually malnourished, and thus skinny, and once puberty had been artificially stimulated she turned straight to lingerie modelling.

While it’s not absolutely terrible to start work at the age of 15, it’s not great, and the fact that she was posing nude in a hotel for an artist at that age isn’t really something to be celebrated. It seems that at least one of her four husbands took advantage of her financially.

Her comments indicated that she adored the attention of the male photographers, thinking of them all as her ’lovers’ – not literally, though I’m sure it wouldn’t have been difficult for any of them to have taken advantage of such a vulnerable young person, should they wish. (There are no reports of that having happened).

However, Carmen dell’Orefice is to be looked up to for showing thousands of people that beauty doesn’t abruptly stop when you hit the age of 30. She has starred in numerous modelling campaigns as an octogenarian, and her now imperious good looks are acclaimed the world over.

Carmen dell’Orefice was born on June 3rd, 1931 in New York, USA. Her parents, who were from Hungary and Italy, were always breaking up and getting back together. While they were fighting, she often went to stay with other relatives or foster homes.

Her story of discovery is various. Did Cecil Beaton, boarding a bus, see her stepping off it as he claimed? Probably not, since the famously snobbish photographer and socialite was never seen on public transport. And conversely, the beautiful teenager was too poor to get buses and just roller-skated everywhere instead. Was she discovered on her way to ballet class by the German photographer Herman Landshoff’s wife? She herself says so, with a test shoot at the age of 13 being “a flop” in her words. Did Clifford Coffin spot her first? That’s what he says. Many people seem keen to say that they were the first to see Dell’Orefice’s potential.

Cecil Beaton, who, whether or not he discovered her, worked with her often said that in the beginning she was “A Renaissance child with a heart shaped face, enormous aquamarine eggs for eyes and bad teeth. Soon, wearing a brace but never smiling, Carmen dell’Orefice blossomed into a highly paid clothes peg.”

Norman Parkinson’s opinion was that “She is the Empress answer to all those dressed-up teenager nymphets who find themselves zipped into Yves Saint Laurent ballgowns by fashion editors who are in mourning for their own brief youths.”

Horst P Horst: “Although only a 16-year-old schoolgirl, she possesses an inherent gracefulness rarely found except among primitive races. Her almond-shaped eyes are a soft revelation when looking up… She moves softly, like an animal. She possesses the two primary requisites of true elegance: the physical attributes of youth and the languor of the past. Carmen dell’Orefice is an American beauty of an antique other age.”

In return, she appreciated their adoration. Horst “made me feel so important and relevant and beautiful.” The whole pack of photographers “Showed me what manhood was about, really. I was madly in love… It felt like the world had given me all these wonderful lovers, and they were all photographers. It was all the gratification of that relationship through the lens, that moment of he’s there and I am there and you have to feel and see what they want.”

Carmen dell’Orefice – shot with the greats 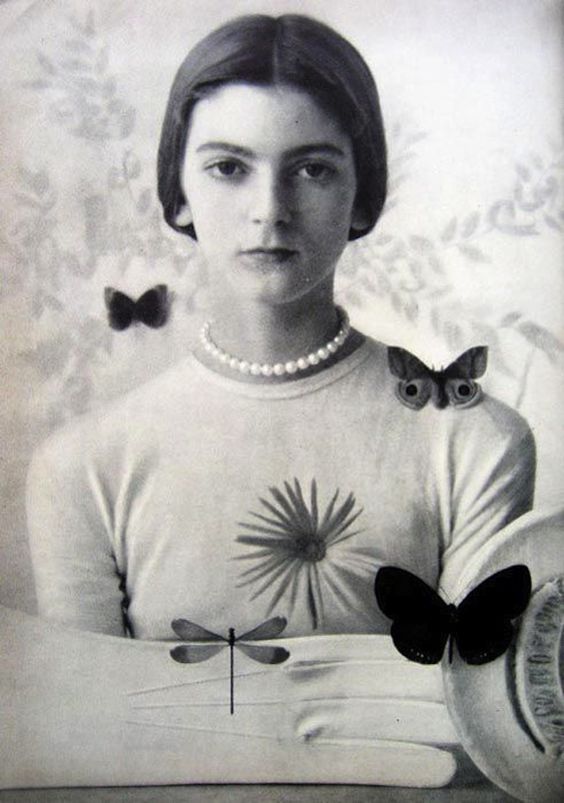 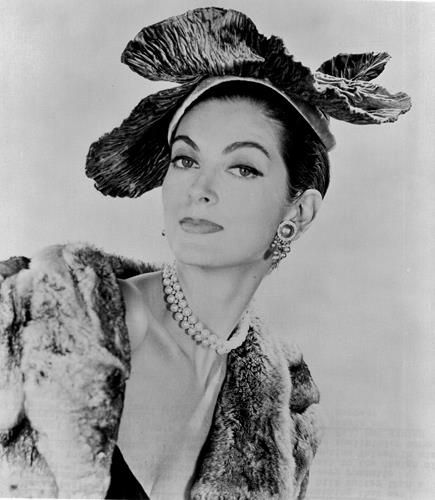 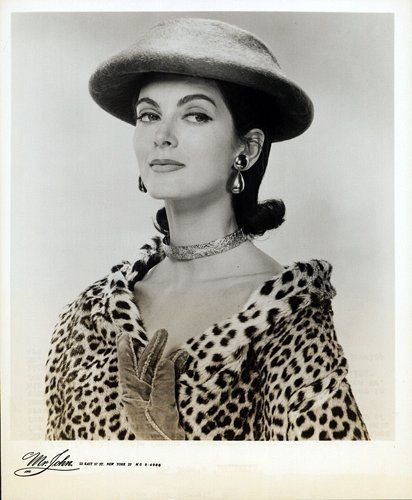 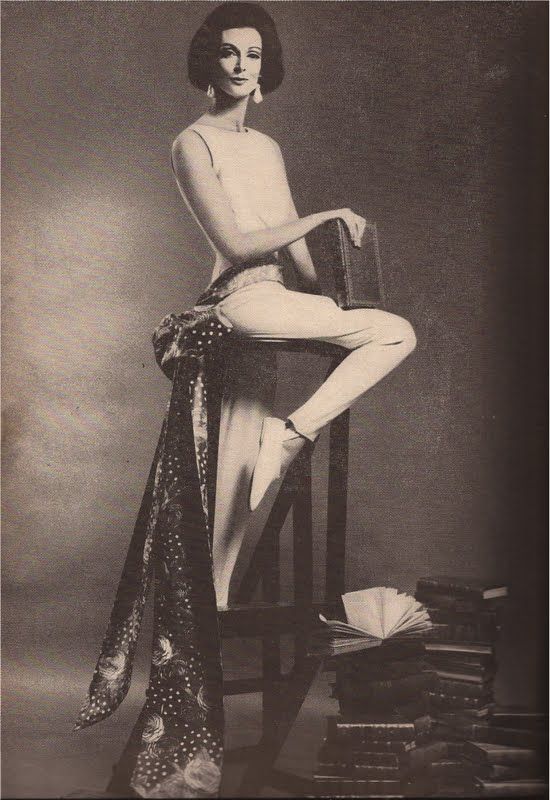 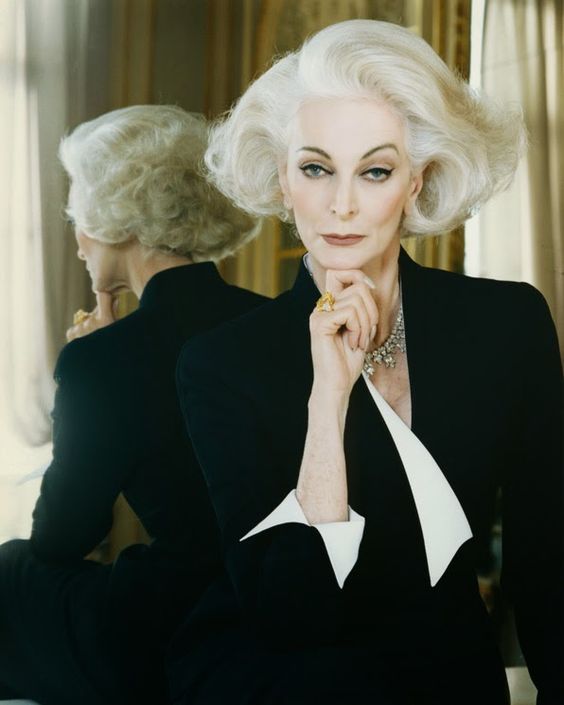 Carmen dell’Orefice was so very thin that the dresses were not only pinned but stuffed with tissue paper to fill them out. It is rumoured that she had not started puberty because she was so undernourished, and had to be given hormone shots to stimulate it.

After that, it is said that the treatment worked so well that she grew curves and became a well-paid lingerie model. One rumour states she got $300 an hour. Eileen Ford, the top model agent, hadn’t been interested previously but now signed her. She worked with the most famous fashion photographers of the era, including Irving Penn, Norman Parkinson, and Richard Avedon.

In 1959, she retired from modelling but, needing an income, began again almost 20 years later, in 1978. Despite the long hiatus and being now in her late 40s, she found plenty of work. She has appeared in advertising campaigns for many designer brands and appeared on many catwalks.

Carmen dell’Orefice has been married three times. In the early 1950s she married Bill Miles. They had a daughter together called Laura. He took most of her modelling money and gave her just a small stipend for bus fares. They divorced shortly after Laura’s birth.

In 1958 she married the photographer Richard Heimann after meeting him six months previously. On her marriage, she retired from modelling, as was very common at the time. Unfortunately that marriage also foundered and they divorced in 1960. They remained close life-long friends though.

Her third marriage was to Richard Kaplan, an architect. They were married in the mid-60s and divorced 11 years later.

By the late 80s, In 1956 Carmen dell’Orefice became engaged to the TV talk show host David Susskind. Unfortunately he died before the wedding. In the 90s she found a long term partner in Norman F Levy.

Carmen dell’Orefice has had parts in five films and also been featured in several documentaries about the fashion business. She also published a book in 1985, Staying Beautiful: Beauty Secrets and Attitudes from My Forty Years as a Model. On July 19, 2011 the University of Arts London awarded her an honorary doctorate in recognition to her contribution to the fashion industry. They also mounted an exhibition about her, featuring photographs and illustrations of the model throughout her career.