The whole look of the fashion world would be different if Ronald William Parkinson Smith hadn’t joined forces with his friend Norman Kibblewaite to open a photography studio in 1934. Norman Parkinson was born on that day, as an amalgamation of the two names, and when Kibblewaite dropped out of the partnership, Smith assumed their joint identity.

Norman Parkinson, with his, ahem, glamorous new name, went on to photograph all the great beauties for Vogue, Harper’s Bazaar, and numerous other fashion magazines, taking the fashion out of the studio and on to the streets.

Some of the photos, as when a pale and immaculate fashion model stands in her high heels next to a “picturesque” local are incongruous and dehumanising, but when he married the high art of fashion with the stunning scenery, natural light or architectural treasures of other countries his work is amongst the best in the world. 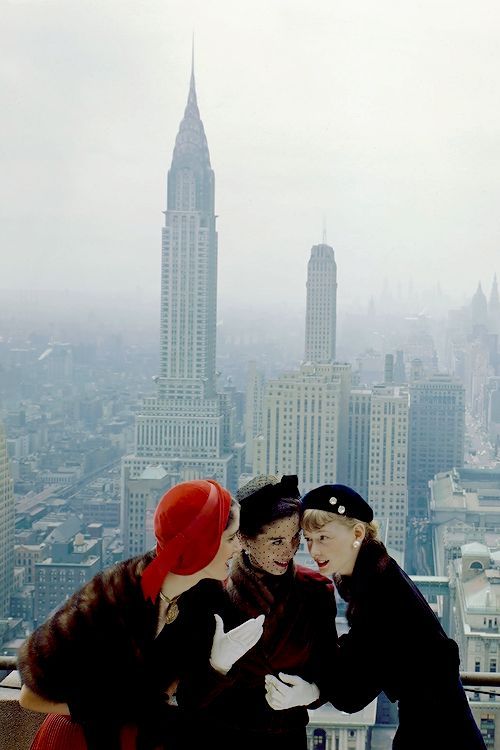 Fashion photo by Photo by Norman Parkinson. Image via Pinterest. 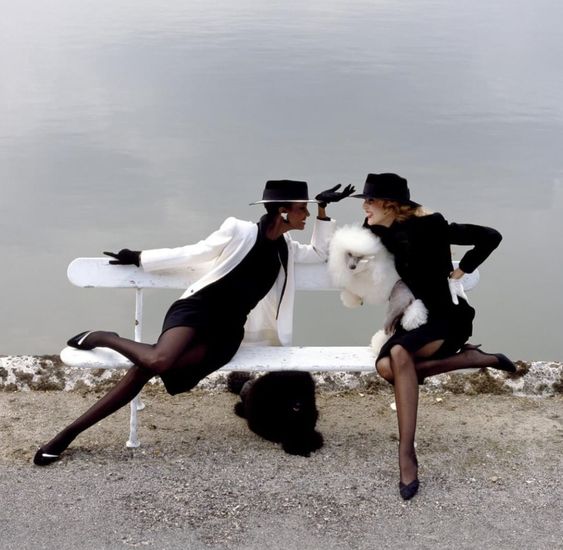 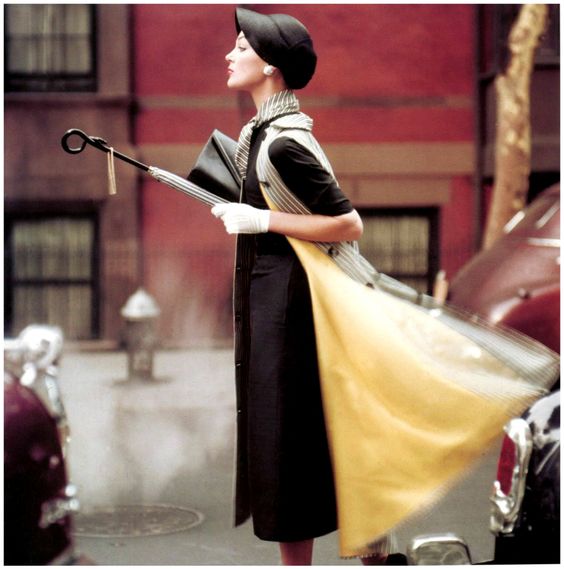 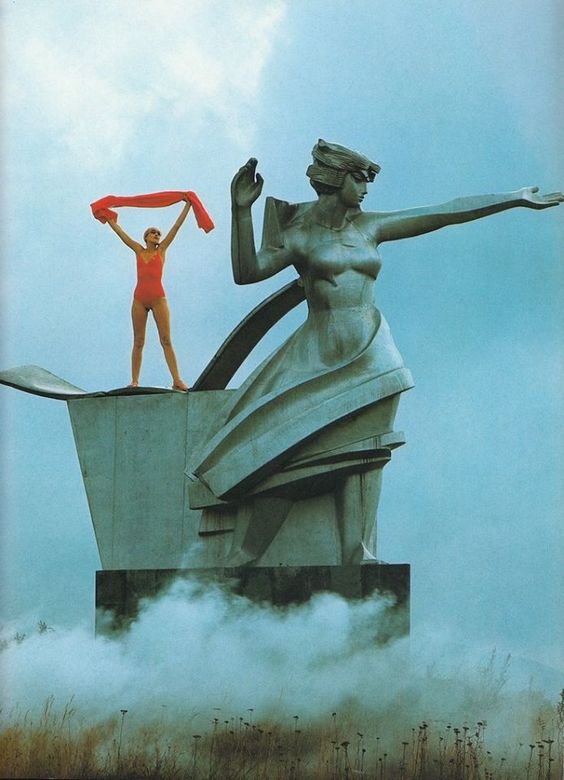 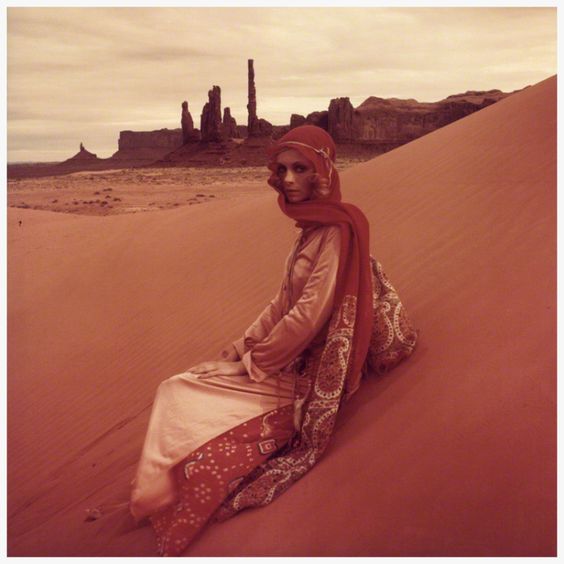 Fashion photo by Photo by Norman Parkinson. Image via Pinterest.

Born in 1913 in London, young Ronald was educated at Westminster School and began his photographic career aged 18. He was apprenticed to the court photographers Speaight and Sons Ltd. Three years later he opened the studio with his partner, Norman in a prestigious address in Piccadilly. They made beautiful portraits of debutantes, as he had be trained to do. It lasted just a year before the new Norman Parkinson was going solo, gaining contracts to work for Harper’s Bazaar and Bystander magazine from 1935-1940.

As war broke out, Parkinson signed up for the Royal Air Force. He used his skills as an arial reconnaissance photographer over France. As a fashion photographer, he continued to work for Vogue, documenting the work of the Auxiliary Territorial Service. Parkinson also had a farm, which he continued to run and used as a background for fashion shoots where women wore the new “Utility” clothing. They were shown walking dogs, picking fruit and at cattle auctions.

Perhaps because of his trips abroad with the RAF, after the war Norman Parkinson became interested in exotic locations. He took the photoshoot out of the studio and far away. Long-haul travel was still a rarity but Parkinson took the model, clothes and assistants to India, Australia, Jamaica, Tobago and Haiti. ‘Take the first right and the second left, the first right, the second left, until I tell you to stop,’ he told the guide ‘until the picture arrives.’

From 1945 for the next fifteen years he was contracted to Vogue. In 1960 he moved to rival Queen magazine, a period which lasted until 1964. Having moved to Tobago in 1963, he became a freelance, from 1964 onwards. He had a period when he fell out of favour, and opened a pig farm and sausage factory. But later in life he was back in demand.

Norman Parkinson’s first marriage was in 1935, to Margaret Mitchell-Banks, a model. In 1942, he married again, to Thelma Woolley, who was another model he had worked with. In 1951 he married for a third time, to Wenda Rogerson. She was also a model, and one who he worked with over and over again. Jerry Hall remembers staying with the couple in their later years in their Caribbean home, and how tender and solicitous Norman was to Wenda.

Norman Parkinson was 6 foot five, lean and always impeccably dressed. Jerry Hall, who worked with him often when she was just starting out as a teenage model and he was in his sixties described him as “Very elegant. He was very, very tall, and wore these brocaded vests and bow ties, and the fez and the moustache that curled up.”

“I think they [Americans] adored it [his Englishness] because it was like watching Poirot or something – I definitely think he hammed it up. I mean, why not? In fashion no one cares about the truth as long as it’s a good story. Everyone just wanted things to be fun and exotic.” She also talks about how determined he was to get the right picture: relentless and unsympathetic sometimes.

“He was always saying, “Climb up on that thing!” I went up on oil rigs in Russia waving giant flags, stood on a plinth in a red swimsuit in the Red Sea. He had me on a horse, bareback, in a blue dress, and the horse took off and threw me into a barbed-wire fence. I broke my tail bone and he came up and said, “You all right?” and I said, “I think so”, blood everywhere. And he said, “I thought you said you were from Texas!” He made me get right back on another horse and do the picture. The next day I was in agony; he [just] said, “Oh God.” Tears were rolling down my face and he was, like, “Come on, stop making such a fuss.” Eventually he did take me to the doctor, but he wasn’t very sympathetic at all.”

“Princess Anne would be a formidable girl even if she were Miss Joan Smith of Chipping Sodbury. She is a challenge for a photographer,” said Norman Parkinson. “The Queen Mother is so adorable she’s a cliche.” Norman Parkinson was selected to take the official photographs for Princess Anne’s 19th birthday in 1969. In that year he also took the portrait for the Prince of Wales’s Investiture. After that, he also made portraits of Princess Anne for her engagement and wedding in 1973. He also created birthday portraits for the Queen Mother on her 75th, 80th and 85th birthdays. He was her favourite photographer.

Working till the end

In 1981 Parkinson was given a major retrospective at the National Portrait Gallery. The same year, he was made a Commander of the Order of the British Empire.

Norman Parkinson died in February 1990 aged 76 from a brain haemorrhage whilst out in the Malaysian jungle shooting a fashion story.