John French was a top fashion photographer who worked in the fashion department of the Daily Express – then a very respected fashion authority – in the 1950s and 60s. But newsprint wasn’t the greatest medium for detailed photographs, and so French developed a style and technique which showed the image clearly. Until then mostly illustrations were used. If photographs were commissioned it was in harsh high contrast, with solid black and white which tended to smudge in the printing.

French used light bounced off reflector boards, which gave the pictures a soft, high key effect. The face would be very white and the eyes and lips stood out beautifully. The poses were carefully static and the clothes immaculately pressed. They were often nipped in even further with bulldog clips. These pictures reproduced really well and showed the clothes perfectly.  He also took photos for Harper’s Bazaar, Vanity Fair, and Tatler. His models included all the greats – Barbara Goalen, Anne Gunning, and Jean Shrimpton among many others. 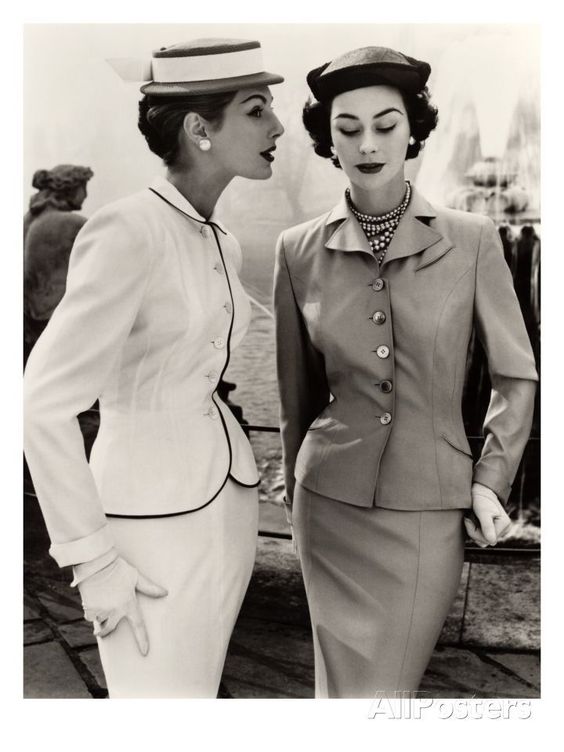 Fiona Campbell-Walter and Anne Gunning in 1953 by John French. Image via Pinterest. 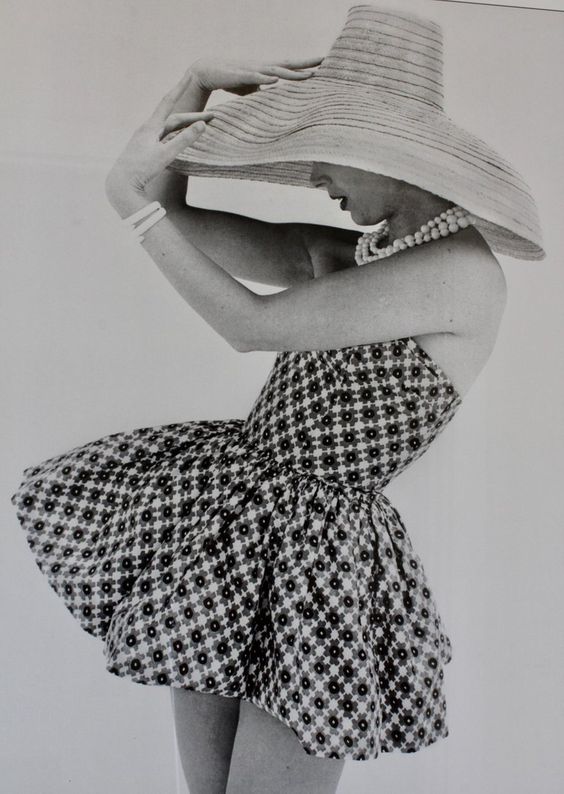 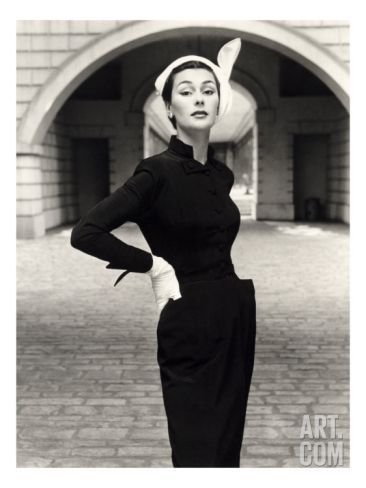 John French was born in London in 1907. In 1926 he enrolled in Hornsea School of Art, which taught him the basics of photography. The year after that, in 1927, he had an apprenticeship at a block making firm, and then a commercial art studio, both of which taught him about technical reproduction in print.

In 1930, he moved abroad to pursue his dream of becoming an artist. In the tiny fishing village of Positano, Italy, he studied painting with a former pupil of Georges Braque. He lived there until 1936, supporting himself by designing book covers for Jonathan Cape and other publishers.

In 1936, he moved back to London and began contributing drawings to the Daily Express. He also joined Carlton Artists photographic studios as Art Director, designing the lighting and sets, and soon directing the photography too.

John French Joined the Army and Got Married

From 1941-46 he was drafted into the army in the Grenadier Guards. He was mentioned in despatches for his bravery. While on leave he married the fashion journalist Vere Denning.

When the war was over, he rejoined Carlton Artists. In 1948 he was able to form his own studio, John French Limited, at the top of the Carlton Artists’s building. He developed his technique for soft lighting then, but there was a huge resistance to photographs being used in newspapers. He tried to submit them but was rejected. The only clients forward thinking enough to appreciate them were a knitting pattern company and a plus size corset company. Those cardigans and corsets must have looked very glamorous!

It was in the 1950s that his reputation grew. The Associate Editor of the Daily Express agreed to give him one trial commission. Giving it everything, French hired the top model of the day, Barbara Goalen, to drape herself over the seats of a limousine dressed in white evening wear and opulent diamonds. A handsome male model gazes at her adoringly. It looked luminous on the page and after that his newspaper commissions snowballed.

He started working for the Daily Express regularly, and was also commissioned for the Daily Mail, the Daily Mirror and the Sunday Times. French was also in demand for adverts, retailers, and Government bodies like the Cotton Board. His work was also often featured in Harper’s Bazaar, Vanity Fair, Woman, Woman’s Own, Picture Post, and Tatler.

Quiet and Gentle yet with a Steely Core

John French was known as a quiet and gentle man, who never commanded his models or used loud pop music on set to get a mood. Instead he directed with a small touch to a model’s shoulder or a soft flattering word or two. However, he didn’t like it when an art director or fashion editor tried to interfere with his work. He was also a perfectionist, and he didn’t tolerate any kind of sloppiness.

For this, he was often accused of arrogance. However, in other ways he was humble. He didn’t charge much for his work. In fact, a group of photographers once came to him and complained he was undercutting them. “How can I possibly charge more” he asked “when I do it so quickly and easily?” He was also asked to sponsor a certain brand of film for a large sum of money. He refused, because it would be a lie to say he used only that brand when in fact he used lots of different ones, according to their suitability.

However, he didn’t quite stick to the “truth” when photographing for advertising. “Advertising agencies loved his abilities to make a three guinea dress look like a million dollars”, the assistant editor of the Daily Mirror, Felicity Green, remembered. The dresses he featured in his photographs in the morning paper usually sold out by lunchtime, but customers were generally disappointed that they did not look quite as amazing in real life as they had in the photo.

In 1956 John French Limited expanded. They kept on their first studio and also took on another top floor studio which had a glass roof especially designed for daylight photography. From 1957-59 John French produced an exciting new TV series called “Flair”. There were eighteen fifteen-minute fashion programmes which were made and broadcast over two years. In 1960 he also featured in a short documentary when he was filmed for the “Look at Life Series”, photographing Marla Scarafia in an episode called “Glamour Girls.”

From about 1960, French decided to spend more time on his first love, painting. He started to go to Italy and Greece for six weeks at a time, twice a year. At the end of 1962, he and his company moved into a huge new premises, with three studios shared between the four company photographers and large  darkrooms, dressing rooms, a negative storage space, a workshop and retouching studios. Here he worked until he began to get ill from lymphoma.

His work was celebrated in an exhibition at the V&A in 1984. They also hold extensive archives from his life and collection, given to them by his wife, Vere French.