The blue chore jacket and its companion French workwear trousers have been around since the 1800 as staple “working class” garments – yet they still live on today!

Every generation has an iconic fashion statement that lives on for a while. But French workwear trousers are a multi-generational phenomenon. Along with their companion blue chore jacket, they’ve not only survived and thrived since they were first introduced to the working class; but they’ve continually re-invented themselves in the process. 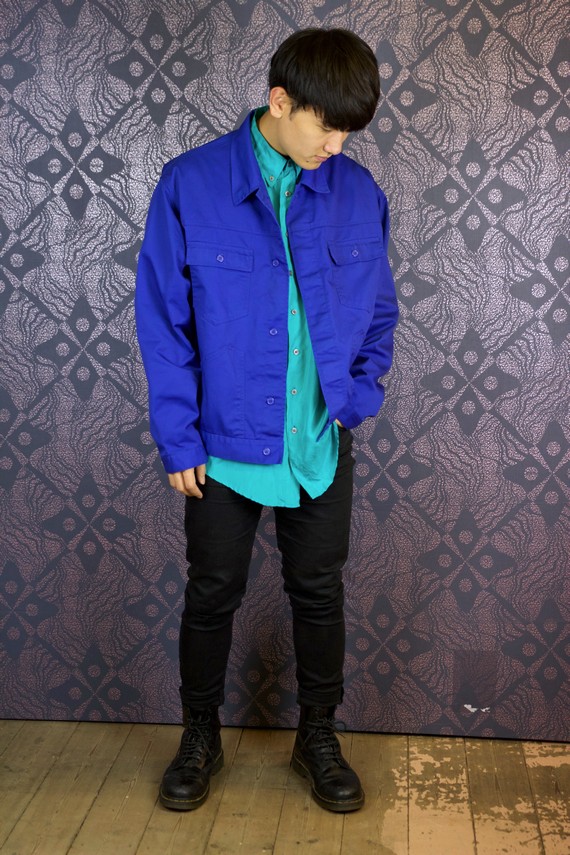 A look back at French workwear

The roots of the bleu de travail, or the French workers jacket, can be traced way back to the 1800s. The moleskin and cotton twill workwear fixture has been integral to French workwear since then, the same as the blue jean was standard American rugged workwear.

French workwear trousers and jackets were common wear for the working class, including carpenters, factory workers, farmers, stonemasons and garage mechanics. Back in the 1800s, and even long after dark blue became synonymous with the working class, you couldn’t go anywhere without seeing someone in a blue chore jacket and matching trousers.

The “typical worker” wore his/her bleu de travail as a sign of being associated with the “worker bees”. The dark blue overcoat/jacket distinguished the worker from the upper echelon of managers, foremen and supervisors. While the front-line workforce was seen in working blue, management usually had on white jackets and coats. That was the French workwear hierarchy.

As early as 1844, clothing manufacturers like Lafont specialised in clothing lines for the ordinary, every-day worker. And while their working blue workers jacket quickly became a staple for tradespeople, their line of overalls and French workwear trousers were also popular among plant owners and factory workers across a broad array of industries. 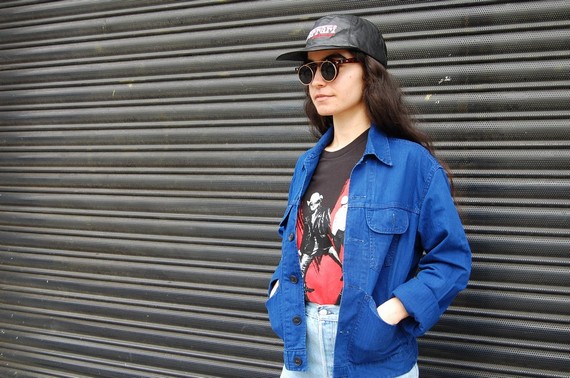 At its peak, in the late 1970s and early 1980s, such was the demand for French workwear trousers and jackets, that manufacturers like VETRA were churning them out at a speed of nearly 600,000 garments annually. Lean production processes, like Kanban – which was invented by Toyota Motor Company of Japan, helped make French workwear production highly competitive and profitable.

But then, in came the age of mass-production, and low-cost competitors quickly started producing their own versions of French workwear trousers and the famed blue chore jacket. Soon, local production was largely restricted to just the industrial clientele, while many foreign competitors and larger nationwide manufacturers serviced the rest of the market – primarily leisure and retail customers.

Today, French chore jacket, and the paired workwear trousers, are manufactured by a niche set of players. But these die-hard stalwarts of the bleu de travail revolution have managed to maintain the high quality of their workwear line-ups. Even in the face of cut-throat competition from outside the continent, European manufacturers of French workwear still hold sway. 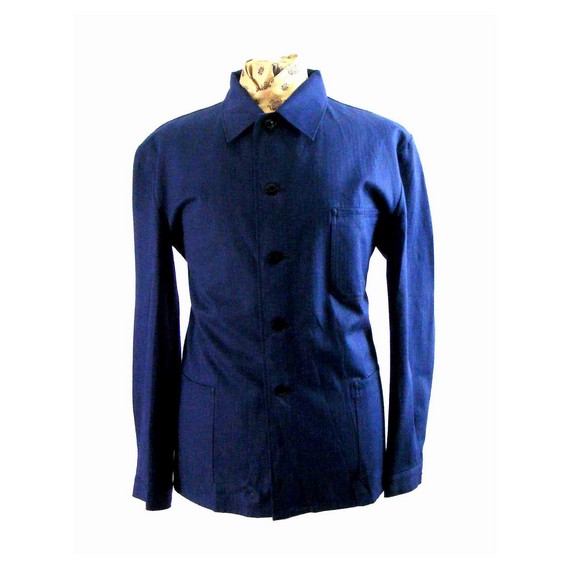 The making of bleu de travail

Typically, the vintage French chore jacket was a lose fitting piece of outerwear, and was deliberately designed that way to be worn over other pieces of every-day clothing. It was usually dark blue or indigo in colour, once again carefully chosen to be produced in a shade that was prone to conceal glaring dirt, soiling and sweat stains.

Because it was meant to be a French workwear staple, it had to be designed as something hardy, with a low-maintenance profile. Early garment manufacturers made it from cotton twill or moleskin, both of which were weather resistant, tough and durable. And the twill also made it dirt resistant, easy to handwash, and quick to dry, with no real need to iron or de-crease.

And like the blue chore jacket, the companion lower wear was designed to similar specifications. Once again, resilience, comfort, flexibility and functional were the keywords around which the French workwear trousers were produced. 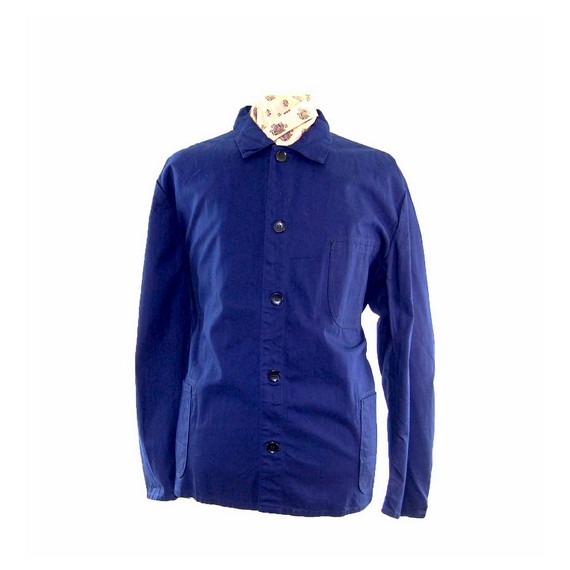 For one, the dark blue colour meant it could easily be paired with its companion jacket to create a classic workwear uniform. But then, there was its lose-fit, almost baggy design, engineered so workers weren’t overly restricted in their movement.

Curiously enough, although bleu de travail and its companion workwear trousers were primarily designed for the “commoner”, because of their practical design and functionality, they also became popular with the elite! It wasn’t uncommon to see aristocrats donning on a blue chore jacker or a pair of cotton twill overalls while pruning their gardens.

It’s true that the French workers jacket and work pants are making a fashion comeback of sorts here in the UK. However, surprisingly enough, bleu de travail isn’t such a novel phenomenon across much of Europe.  Even until just a short while ago, it wasn’t uncommon to see workers across the continent in dark blue trousers and matching jackets, accessorised by caps made from the same cotton twill material.

The love for French workwear trousers and jackets was so strong amongst the working class, that even as late as the 1960s, many unions insisted upon including the blue chore jacket and matching trousers as part of their contract negotiations. Factory owners were obliged to provide their front-line employees with bleu de travail outfits as a pre-condition for labour-management harmony.

Today, vintage components of French chore wear are a sought-after commodity. Both, the workers jacket and its paired trousers are available online at vintage stores. Stores like Etsy even carry vintage indigo dungarees, French chore pants and overalls that are highly treasured by vintage clothing bargain hunters. 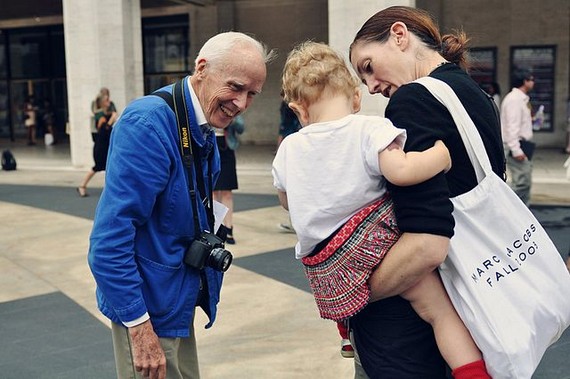 Fortunately, today bleu de travail isn’t linked to the “working class” anymore. In fact, it has created a unique fashion statement of its own, with an impressive cult-like following. From fashion destinations like London to Paris and New York, French workwear trousers and jackets are seen making a revival – albeit with a more contemporary slant.

One of the reasons for this resurgence is New York fashion photography legends like the late Bill Cunningham. His flair for street wear photography, and his endearing love for the blue chore jacket, made Bill the poster child for how practical and versatile French workwear can be. 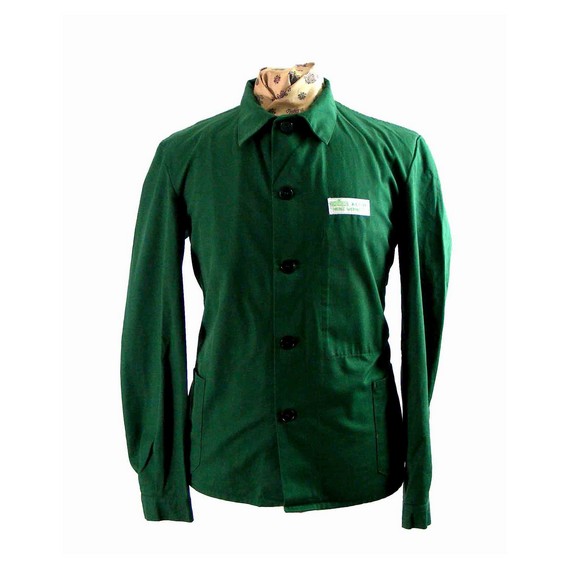 And one reason that these classic pieces of French vintage outerwear live on – even today! – is precisely due to their functional qualities. The fact that the French chore jacket comes with no lining or padding underneath, makes it a perfect warm weather outer wear companion.

But then, there’s its down-to-earth practical design, ideally suited for today’s working environment. It is said that one of the reasons bleu de travail Bill (a term of endearment that Cunningham earned because of his love for the garment!) never ventured on an assignment without his trusty blue chore jacket, was its deep pockets! The photography mastermind stuffed his pockets with all of his supplies and accessories – and that meant he could travel with little extra baggage to lug around photo-shoot sites.

It’s no wonder then, that many contemporary designers have mimicked French workwear of yore, to come up with their own present-day version of the French workwear trousers and jackets.

If you truly wish to create the “complete” French worker look, without breaking the bank (spending hundreds of £’s), you may still be able to do so. At Darcy Clothing, you’ll not only be able to source a workers jacket, but you’ll also get matching French workwear trousers to go with the jacket – albeit with a twist of Brit.

The company previously supplied clients with their own version of the blue chore jacket. However, insistent requests from customers lead them to produce something similar, although more contemporary and a bit classier, to the French workwear trousers.

Instead of cotton twill, Darcy’s high-waisted trousers are produced from British cotton – the same fabric as their workwear jackets are made from. And similar to the vintage workwear pants from France, these look-alikes too come with deep pockets at the side, and have back strap and buckle finishes, with buttoned braces.

To give them an authentic vintage French chore pants look, and to match their worn-out bleu de travail, Darcy’s have thoroughly washed their Cotton Drill work trousers to give them an immediate aged look. And as you continue to wear them, they will age slightly, making them look like authentic French workwear.

Swing and Rock Your Style with Rockabilly Clothing UK Way!