This week we’re focusing on 3 Flamboyant and famous fashion designers who all share one thing – they are all utterly fearless. They are all known for their ground breaking designs and flamboyant style, never afraid of breaking taboos and boundaries, and all 3 have set the world of haute couture alight in the past 3 decades. One of them sadly is no longer with us, but he remains a guiding light in fashion and a great source of inspiration to us all.

The first of our famous fashion designers is someone that created the cult of the supermodel, the one and only:-

Gianni Versace was born in Reggio di Calabria in 1946 – his mother was a dressmaker with her own business and Gianni would work with her after he’d finished high school.

In 1972 he would move to Milan and work for the Italian labels Callaghan, Complice and Genny. He then went on to launch his ready-to-wear collection for women back in 1978, with his first haute couture collection in 1989.

His business was run as a family, with the involvement of both his brother and sister Donatella, who went on to take over following Gianni’s death in 1997.

And the rest as they say is history…..

But what make’s Gianni so interesting, are the ideas and inspirations behind his fashion designs. His clothes designs were revolutionary and he experimented with materials that hadn’t been used much before, if at all. He used specialised techniques to fuse leather and rubber and was named “neo-couture” and involved some sophisticated laser technology. He also used aluminum mesh, and the “siren” dress was a trademark for which he was also known. Interestingly, the logo he used and something that often appeared on items of clothing and accessories – was the head of Medusa. 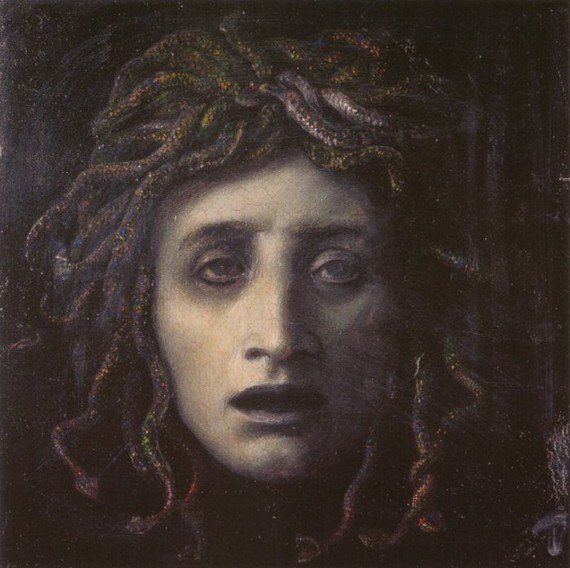 If you haven’t quite worked out what Versace’s inspiration was, he was a great fan of Greek mythology. Interestingly, both Medusa and the sirens were popular figures in Greek mythology for their womanly powers and their ability to make men do exactly as they wished regardless of the consequences. Medusa was a powerful figure, with penetrating eyes that when looked into, could turn a man to stone. The sirens were dangerous yet beautiful creatures that tempted sailors with their feminine wiles, using beguiling music and voices to bewitch their victims, usually unsuspecting sailors. They were believed to be the daughters of the great river God Achelous and were pictured as half bird, half woman. 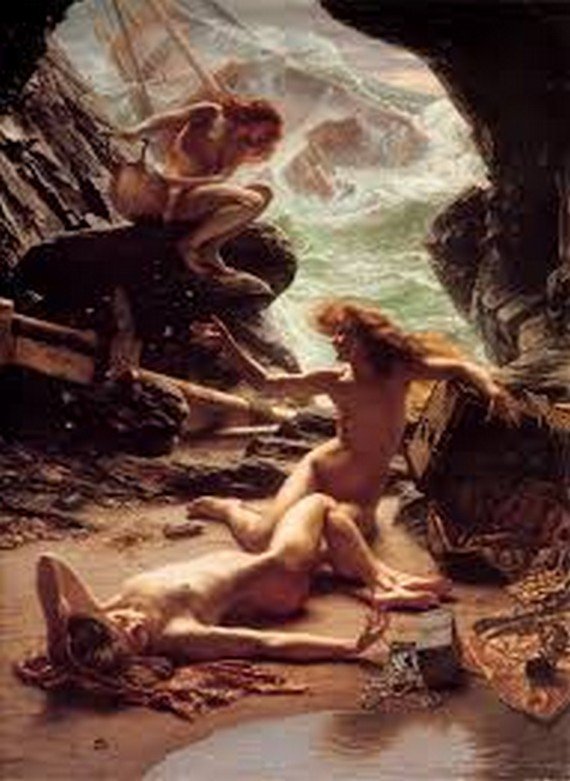 Versace wanted to empower women and the influence of Greek culture helped him to create some of his most fantastic dresses worn by the likes of Princess Diana, Tina Turner and Madonna. He is credited with creating the cult of the supermodel – and in the early nineties, all eyes were on the likes of Naomi Campbell, Cindy Crawford and Christy Turlington wearing Versace’s sexy and glamorous creations. He also created “that” dress for Elizabeth Hurley, who wore it to a film premier starring her then boyfriend, Hugh Grant, a dress that would catapult her into the world’s spotlight. Yes, that famous black dress held together in all the right places with large safety pins.

Versace was an astute marketer and developed strong relationships with his exclusive clientele, and knew how to use well known celebrities to his advantage long before they were gracing the front page of magazines like they are today. Anna Wintour writing in the New York Times said at the time that Gianni was responsible for “put{ting} fashion on an international media platform.”

He won many awards and his clothes are showcased in many museums. Greek mythology wasn’t the only thing that Versace was inspired by either, he also loved Andy Warhol, African tribal and modern abstract art and he owned many valuable art pieces by both Picasso and Jasper Johns.

Sadly Versace died in 1997 at the age of 50 and his fashion empire is now run by his sister Donatella. When he died his company was worth a cool $800 million. He is one of the most gifted and famous fashion designers of his generation and another example of a top fashion designer with eclectic tastes in art, history and travel that would inspire his creations, leaving us with a legacy of inspiring designs.

The second of our choice of famous fashion designers is John Galliano. He was born in Gibraltar to a Gibraltan father and Spanish mother. He was brought up in London and studied fashion at the famous St Martin’s School of Art where he gained a first class honours degree in Fashion. Since then he’s worked as head designer at Givenchy, for Christian Dior and for his own label John Galliano. After a break from fashion he will return shortly to Paris working for Maison Martin Margiela.

What makes Galliano so interesting is that like Versace, he gets his inspiration from the past. And he has much in common with another British designer Vivienne Westwood, who’s been known to reference history for many of her own collections. His first collection was inspired by the French Revolution and titled “Les Incroyables.” Westwood was also greatly inspired by the 18th century and many of her early designs were created with both British and French influences from this period. Galliano would put his own spin on the collection making it uniquely his.

Some of his most famous collections following “Les Incroyables,” were Napoleon & Josephine in March 1992 inspired by their famous love affair, Princess Lucretia, the Russian Princess in October 1993 and Blanche Dubois, a character from the film “A streetcar named Desire” in October 2008. His designer collections would be finished off with what came to be known as the “final bow costume,” such as Napoleon Bonaparte or American astronauts.

Unsurprisingly, Galliano would go on to win British Designer of the Year in 1987, 1994, and 1997. He also won the Chevalier in the French Legion of Honour 2009 which had previously been won by the French designer Yves Saint Laurent.

What makes Galliano so special among clothing designers is how he uses history as a source of inspiration, much like other famous fashion designers, Vivienne Westwood and Versace did. By taking old pre-existing forms of dress and turning them something ground-breakingly different and contemporary, Galliano gives a respectful nod to the past, but at the same time creates something utterly new and completely fabulous.

Following a short period away from the limelight, we wait with interest to see what Galliano can come up with in Paris when he beings work with Margiela.

The last and not least in our choice of famous fashion designers is Christian Louboutin, the famous shoe designer known for his exceptionally high heels, and there is an interesting story behind their creation.

Louboutin started out by studying design at both Chanel and Saint Laurent and would launch his first shoe collection in 1991 – a boutique would follow in Paris shortly after that. A passing visit from a member of Royalty would change Louboutin’s world for ever when Princess of Caroline of Monaco dropped by the store. The visit drew attention from the media and Louboutin never looked back.

Louboutin and the Folies- Bergere

Louboutin’s inspirations are slightly different. He credits his time at the Folies- Bergere where he worked as an apprentice in the dressing rooms. He was impressed with how the girls wore their costumes, which included large headdresses and high shoes. The way they carried themselves, their poise and sophistication in glamorous but seemingly uncomfortable costumes made a deep impression on him. 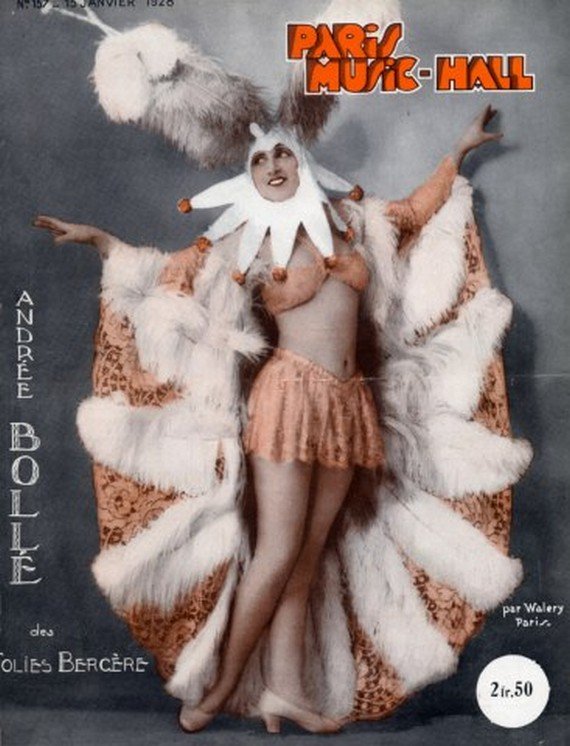 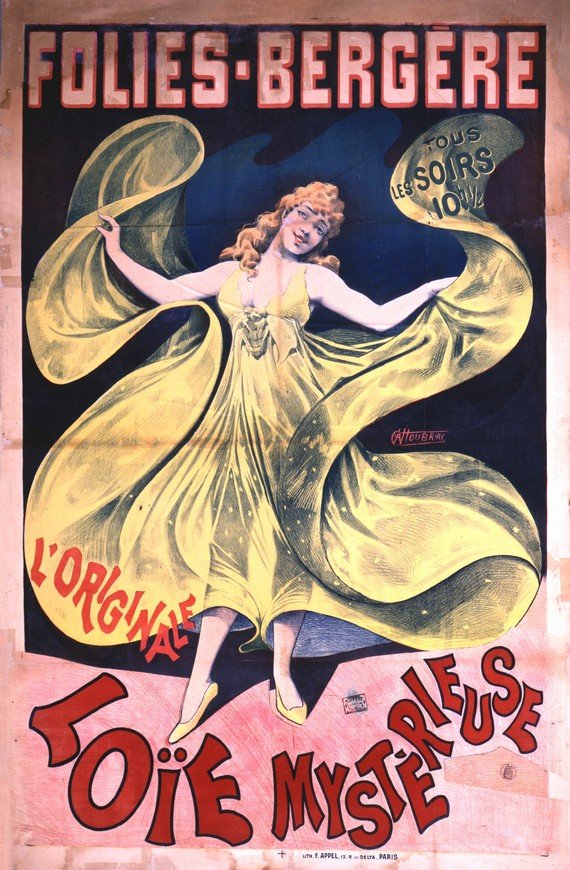 There are many stories surrounding the idea for the colour red on a Louboutin shoe, his signature look for almost all his shoes. The story goes that Louboutin was watching a girl painting her nails with red Chanel nail polish and this inspired him to colour the sole of the shoe in red, another tell us that he wanted the red from Andy Warhol’s Flowers painting and saw the exact shade from the nail varnish a girl was painting her nails with.

The high shoes were apparently inspired by signage in the Museum of Oceanic Art in Paris, which stated that women were not to scratch the floor with their high heels. Louboutin was apparently incensed by this and allegedly said later that he wanted “defy” it. Whatever the truth is, Louboutin’s shoes are tall, elegant, fierce and totally uncompromising.

Louboutin’s other influences as well as the Folies Bergere, are his love of exotic travel, his passion for the arts and landscape architecture and cinema, which have inspired Louboutin to create some of the world’s most beautiful footwear.

Feeling inspired? If reading about these famous fashion designers has wetted your appetite for some fashion excitement, then why not take a look at what inspires you? Is it Greek mythology such as Versace, or the French Revolution like Galliano? Perhaps it’s not one single historical event that excites you, but a single person, either real or imagined. Perhaps there’s a fictional character that really gives you goosebumps, someone whose fashion sense you admire. Brigitte Bardot? Barbarella, or perhaps Buffy the Vampire Slayer. Maybe you like one of Marvel’s superheroes? Or a TV or character from a play you’ve seen – or someone from a book you’ve always loved. You don’t have to copy their style exactly, but emulate it with a few modern idiosyncratic touches of your own.

Always consider vintage as your best friend when you’re creating a look and perhaps add your own accessories, give it a flash of colour with ethnic or tribal influences and give a contemporary look to an historical event. Dress up or down, make it your own distinctive look that’ll make you stand out for all the right reasons. And good luck!