Since the very early days of the cinema, fashion and film have gone hand in hand. The clear, strong characterization of 1920s female stars had movie going women wondering – who do I want to be? A sexy, naughty vamp, like Theda Bara with dark lipstick and sultry eyes? Or a good girl, like “It Girl” Clara Bow, who had arched, surprised eyebrows and a small sweet mouth? Movie magazines instantly sprang up to tell you how to get the look.

Since then every decade the movies have given us an abundance of desirable archetypes to choose from.

The first films ever made and shown to an audience were in the 1890s. They were under a minute long and shown without sound. By the 1920s technology had developed enough that films were long enough to have a proper story line with different characters, although the film was still silent.

Because of the restrictions to the storytelling format, everything had to be very clear – you had to know instantly who was the hero, the good time girl, or the nice girl.

But that’s not to say that films were simple or for children. Film makers revelled in their imagination, and stories featured people who did “bad” things, illegal things even, without many or any repercussions. This included story lines about strong women, and topics or incidental mentions of  sex, homosexuality, abortion, drug use, infidelity and swearing.

And the costumes? Women appeared in their underwear, nearly nude, or in filmy fantasy outfits that left very little to the imagination. We still have images for one of the most stunning, Cleopatra featuring Theda Bara (1917). The film itself is now lost, but Theda, as the Egyptian queen, had a vast amount of costume changes of diaphanous outfits which usually barely veiled her and a majestic peacock feather train.

Influence of the movies

The movie going public did not start sweeping down the high street in feathered trains, but one designer, Madame Violette (Violet Schofield Schroeder) helped the public to accept the emergence of bathing costumes for women, which up until then had been seen as quite a racy thing to wear.

A star called Mabel Norman headed “The Sennet Bathing Beauties” who appeared in many fashion films by the Sennett Studios throughout the 1920s, always co-incidentally dressed in lavish bathing outfits.
One of the most accessible ways to imitate a star was via her makeup. It was necessarily strong to show up well on camera and Theda and other 1920s stars were one of the main influences on the heavy, alluring eye makeup and strongly defined lips that we associate with flappers today.

Movie magazines helped fans to get the fashion film look at home with tutorials and “How to”s from the stars themselves, often early advertorials sponsored by a certain cream, make up or hair product. The deal would have been set up by the film company’s massive publicity departments who recognised the value of fashion and film tie ins.

The magazines also printed full-page portraits of a star’s face for an adoring appreciator to gaze upon, gave details of their measurements and weight, and dissected their dress both on and off-screen, as well as providing gossip about what they were up to privately. The studios controlled the actors and actresses in their private life quite tightly, telling them to go on diets, change hair colour or get a nose job, and often had the costume department make their everyday wardrobe so that they looked like stars every minute of the day. If anything should go wrong, the studios also employed a “fixer”, to smooth over any problems worse than a bad outfit. It all sounds very familiar. Designers today continue to love the 1920s, and a sharp bob and strong red lip look as up to the minute today, both in fashion and film as they did then, almost 100 years ago.

1930s film and its influence on fashion

But by the end of the 1920s, politicians complained that films were corrupting the movie going public. In 1933 the movie industry itself set up the Hays Code, a complicated and ever-changing set of rules whose aims were to protect the morals of America by dictating what could, and couldn’t, be shown on-screen. Out went the gangsters who profited by their misdeeds, the swearing women and the prostitutes who were perfectly happy to be prostitutes.

Fashion and Film – The Hays Code 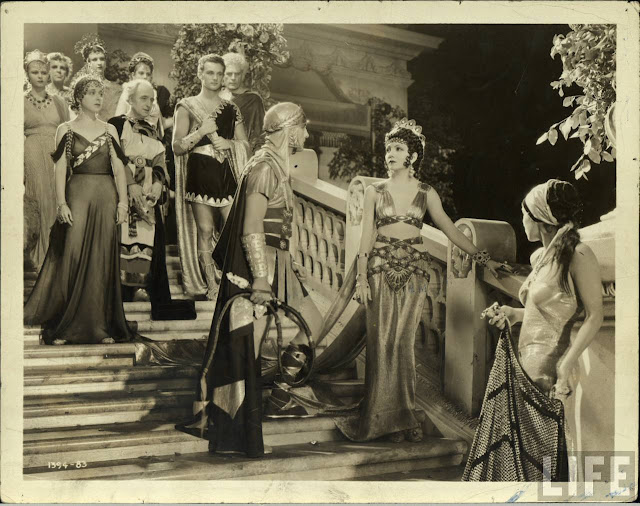 And the Hays code also governed what women, in particular, wore. According to Edith Head, who worked at the costume department for Paramount Pictures, the rules about fashion and film were sexist: “Censorship was kind of crazy in that period because we could show a girl in the shortest little abbreviated underclothes as long as they looked like sportswear. But if they had lace on then we couldn’t show them because over then considered underwear.

Lace was sexier than no lace. The navel was something you never showed. We used to stuff pearls in navels with glue. Sometimes we’d have a whole row of dancers with jewels in their navels. Even that kind of camouflage wouldn’t always pass, so we finally had to put a band of gold or jewels around the waistline to hide the navel. I don’t know why navels were so censorable but they were. And why only women’s navels? Male bellybuttons seemed to be okay. I could never understand the discrimination.”

The most enduringly famous costumes of 1930s Hollywood worked, not by trying to get around the rules of how much skin could be shown little by little, as in Head’s description, but by reinventing what was sexy altogether. Bias cut satin gowns fell to the floor, did not show any cleavage, eschewed lace, and were stunning. The heavy silk fabric was immensely sensuous, and clung to every curve – but there was no rules about not showing a woman’s shape, just her skin (and navel).

These gowns, which had in fact originated in Paris at the studio of couturier Madeline Vionnet, became must-have evening wear for smart women of the 1930s, and the bias cut technique, a technically difficult way of making clothes, even made its way into day-wear with slinky satin blouses.

The craze for shoulder pads in Fashion and Film

At the same time costume designer Adrian put Joan Crawford in a dress with distinct shoulder pads for the film Letty Lynton in 1931. Fashion and film won out once again. Couturier Elsa Schiaparelli had put them on the catwalk a year before, but the public imagination caught fire when they saw them on their screen idol.

Copies of her dress were swiftly made and it is said that New York department store Macy’s sold over 500,000 of them. Shoulder pads became Crawford’s signature look, and the look of many other women too: a widely adopted fashion that lasted well into the 1940s.

Fashion and Film – Paris vs California

Generally, the studios tried to include the latest Parisian ideas in their fashionable films, sending the designers over on trips to the fashion shows to see what was going to be en Vogue that year. But since films could take up to two years between that research trip and finally opening at cinemas, the movie going public were disappointed that their beloved stars looked so out of fashion. Studio bosses declared that from now on Hollywood would lead the trends, and not Paris.

Top designers at the various studios, such as Edith Head and Adrian found not just their work but themselves as personalities being promoted as never before, and endorsing ranges of fashion and film clothes and accessories, and in Head’s case, giving out tips on how to dress in magazines and radio shows.

This strategy worked well, although the top designers still took jaunts to Paris several times a year, this time, they claimed, so they would know what trends to avoid. The studio bosses reversed their decision only twice in this period.

The couturiers step in 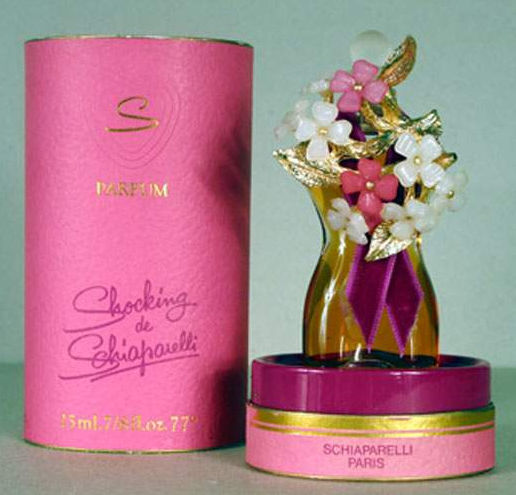 Coco Chanel, the celebrated Parisian designer, was flown to Hollywood with much fanfare (and an astronomical fee) in 1931 by Samuel Goldwyn, to design for Metro Goldwyn Meyer. He calculated that the star designer would lend European chic to an industry that was struggling in the Depression, but in fact the association ended dismally. Chanel was an experienced costume designer for plays, ballets and French films, but her contract was cut short at three films when her work failed to dazzle.

Rival Parisian couturier Elsa Schiaparelli fared even worse when she was signed by Paramount in 1937 to dress Mae West for Every Day’s a Holiday. She didn’t come to Hollywood but the star came to her Paris studio to confer with the designer, and Schiaparelli had a plaster bust made of her body to fit the costumes on in her absence.

Schiaparelli was delighted with the star’s curves and commissioned a perfume bottle based on the bust, to home her Shocking perfume. For her, it was the ultimate collision of fashion and film . But Paramount were not delighted with the costumes when they were sent over from Paris. Every one was too small and had to be adjusted or in some cases completely remade in-house. And since they were not so spectacular or different, and since Schiaparelli’s name did not provide the kind of draw that was hoped for, the experiment wasn’t repeated. 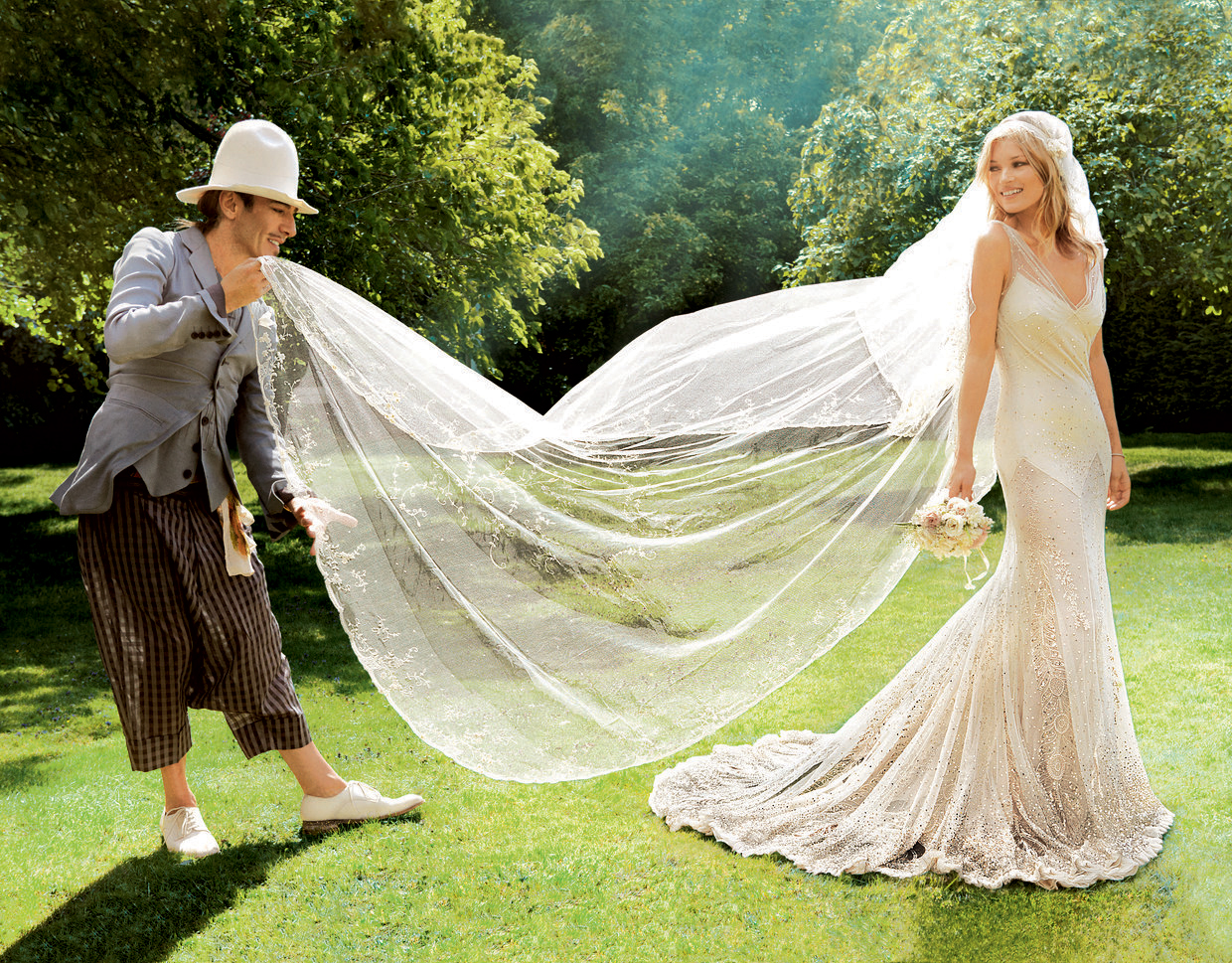 John Galliano helps Kate Moss with her wedding dress, which he designed, in 2011

Going out with a pearl glued in your bellybutton today is an unusual look, and shoulder pads had their moment in the 1980s, but a bias cut gown is still the epitome of glamour. This was helped in part by both Calvin Klein and John Galliano’s revival of them in the 1990s. Galliano’s version was more luxe, and now he rarely presents a collection without one or two, as they have become his signature look. Bias cut gowns are also a staple glamorous wedding dress option.

Theda Bara in Cleopatra, 1917, a film that influenced make up fashions.

The Sennet Bathing Beauties in about 1919.

Annette Kellerman, swimmer and actress, tells us to send off for a special booklet so that we can be just like her. (1927)