In 1950s Mens fashion, most men were wearing their demob suits or cheap Utility suits. These had been issued as they left the army and were mass manufactured, being devoid of luxury or extra detail. In the fifties the country was still struggling from he effects of the war and rationing didn’t end until 1954. 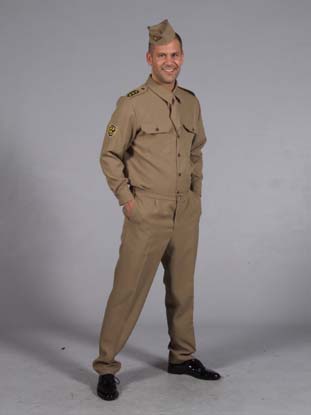 In 1950s Mens fashion, Suits were now usually two-piece, comprising jacket and trousers. They were made from woven wool and were either single or double-breasted. They were worn with a cotton shirt with a collar and tie and formal leather shoes. 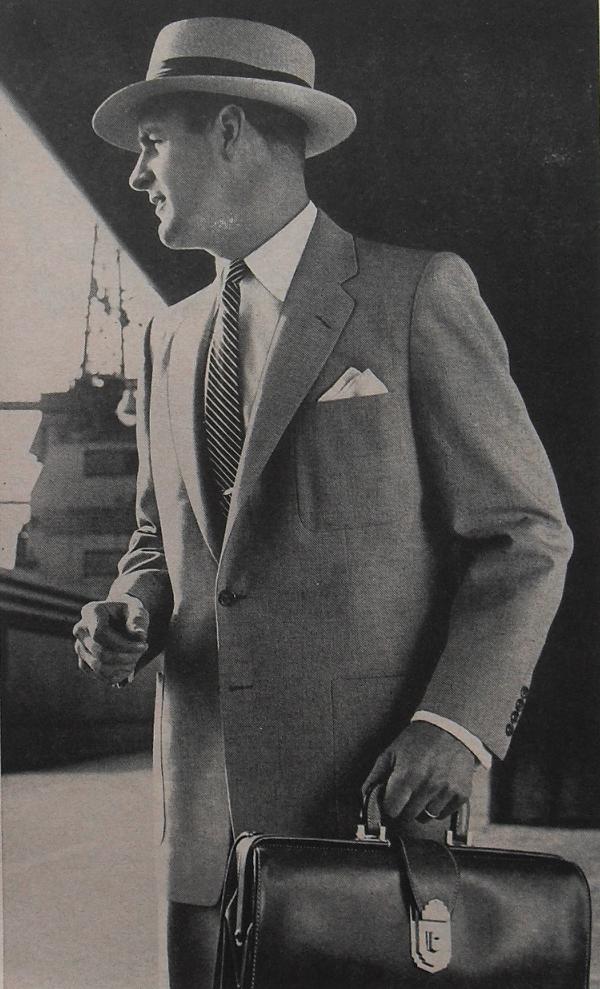 In 1950s Mens fashion, clothes were generally sombre in hue, although touches of colour were allowed for sportswear. Despite a lack of clothing allowance, it was still important to wear the right sporting outfit for the right sport. You wouldn’t wear your cricketing whites for golf, for example, or your Argyll golfing jumper to play tennis. Tennis shoes, a forerunner of trainers, were available but again, only for sports.

It was the Americans, again, who led the way in 1950s Mens fashion with comfortable, fun clothes. Up until then, American style was generally disdained by British style leaders and magazines. The GIs had got used to their boxy uniforms which gave them room to move. They demanded that their peace time suits follow; in addition until the very end of the decade British men could only look on mournfully, or risk being called vulgar. Most working men might now take off their suit jacket for a weekend and loosen their tie, but they might only replace that with a cardigan to signify chill out time.

But some younger men particularly wanted to break away from the norm and started forming style tribes.

In the US Beat poets were wearing flying jackets, chinos, and no ties and rebellious youth were wearing jeans and t-shirts. Jeans had always been working men’s wear and t-shirts were meant as underwear, so this familiar combination today would have looked very weird and shocking. Leather jackets, designed as protection on a motorbike, also began to look very cool. Think of Marlon Brando in “The Wild One” and you’ve got it.

In Paris, the intellectuals wore black, traditionally polo necks and slacks, and British drop-outs and wanna be cool cats wore some combination of the above. As long as you looked rumpled and unshaven, as if you’ve spent all night in a smoky café talking about something really deep, you’ll probably pass.

Teddy boys in the East End of London created a new style in 1950s Mens fashion.They mixed a neo-Edwardian style of single breasted slim suit jackets with velvet collars and narrow trousers. These had Wild West details such as boot-lace ties and Brando’s elaborately greased hair.

Marlon Brando – the epitome of cool

An intellectual. He doesn’t care about the naked woman, his ennui is great