So, for you dear readers, I’ve spent the last two years and over 200 posts investigating different eras of mostly 20th Century fashion.

Now, it’s really easy to reel off the summary for each decade:

But the thing is, that’s not accurate at all. Of course it’s not, was every woman in the world wearing a pointy bra and a tight fluffy sweater in the 1950s? Sadly not. Neither was every woman dressed in a beaded dress and a bright red pout in the 20s (despite what costume dramas would like you to believe) or donned a shell suit in the 1980s. No, because women wore power suits in the 1980s. No actually, they wore puff-ball skirts, they wore jewel encrusted gowns in loud colors, they wore underwear as outerwear. 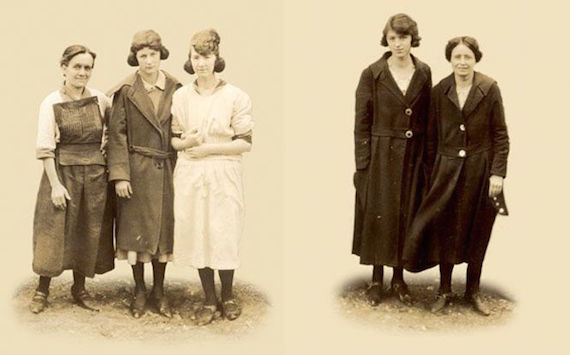 It’s really hard to pin down the essence of a decade in five hundred words, because even in one country, there were millions of women of all different classes and incomes, all different personal tastes and ages and body types and interests. You cannot look at fashion drawings of a Chanel collection from the 1920s and say, this is what women in the 1920s wore. In fact, this is what a few rich Parisian women wore. Some rich women from other countries came to buy it too, and some less rich women copied the style, or parts of the style by the end of the decade.

And even that one particular rich Parisian woman would have worn one outfit for the morning, one in the afternoon, one for horse riding, one for the evening… and of course when I say one I mean several, she would have had several day dresses and evening dresses, for winter or summer or autumn or spring, and then hats and gloves and umbrellas and shoes. If she was so lucky.

But this is not a reason to give up being interested in 20th Century fashion history. No, this is a reason to keep on looking. And for those who say an interest in fashion is shallow (and I’ve met a few) – are you crazy? Apart from the sheer delight that clothing in all its forms inspires, and in the awe at the fashion designers and makers – those artists who can manipulate a flat piece of cloth into a sculpture of beauty that can send so many messages about the wearer – a study of 20th Century fashion is an excellent tool for those who want to be well-rounded and know about the world.

Cultural and social history is completely encapsulated in fashion history, and stories of class, economics, politics, journeys, fine arts, industrialisation, and many other factors are woven into (sorry) just one image of one garment you might glance at.

For example, economics. Those mini skirted girls in the Sixties could only afford to wear these cheap and ever-changing fashions because for the first time younger people had a disposable income. Hippies wore ethnic dress because they could afford to travel to exotic destinations. And grunge came about because of a dip in earnings, meaning wearing second-hand clothes was necessary for many.

Feminism: from the Thirties trousers were worn by women both for practical reasons and to indicate equality with men, something that came to a head in the Eighties with business trouser suits, as women sought to be level with men at work. Corsets and underwear became less restrictive from the turn of the century onwards, altering the silhouette of clothes and allowing women to achieve more as they had freedom of movement and could breathe better.

There are numerous other examples, small and large, which I why I love fashion so much.

Kimono History – Kimono Timeline – How to wear a kimono – Blue17