As the term “Rock’n’Roll” was coined by an American DJ, Alan Taylor, across the Atlantic, a new, exciting and scary kind of creature began to be whispered of, there in far off America.No longer a child, yet not a boring and grown up adult either, the teenager had been born. The female teenager was daring and didn’t dress like her mother – she wanted a new style of clothing and Womens 1950s vintage dresses reflect that. 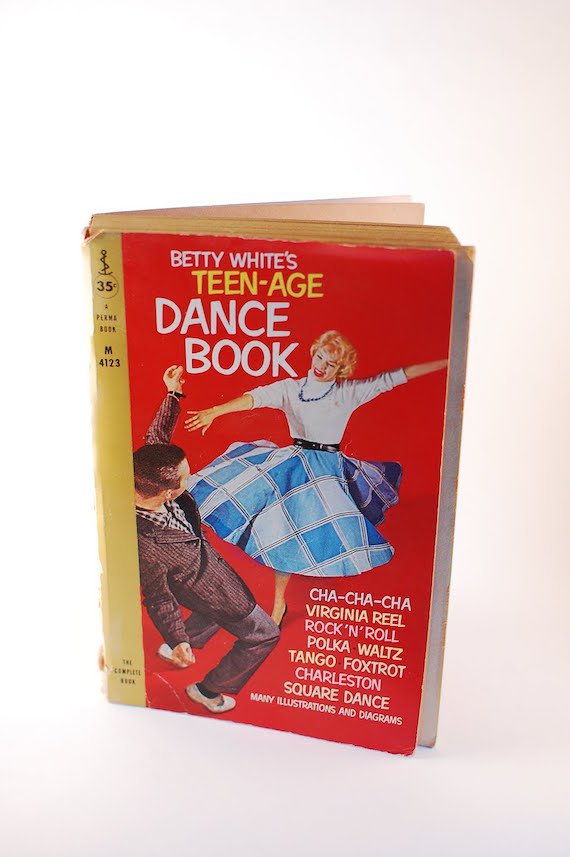 American teenage style was all nipped in waists, flouncy skirts and pointy bosoms. Interestingly the couture version of this has been created in Paris a few years earlier, with Christian Dior showing what was christened the “New Look” in 1947.

Other designers had worked on this silhouette too, as a natural expression of relief of the release of restriction on fashion.

The full skirts used lots of fabric, and the tight “waspies” or waist corsets needed to create a tiny waist for the look were perhaps a reaction to the comfortable and practical clothes worn in wartime by working women.

This highly feminine look, and the stiletto heel that was also invented in the 1950s, was not comfortable or practical really.

But the teens found the flouncy skirts, with loads of petticoats, practical in one way – they liked to go dancing and as the skirts swung around, they showed an exciting amount of leg but never actually revealed their knickers. So womens 1950s dresses were both modest and immodest at the same time.

In 1952 the publication of On the Road by Jack Kerouac started a whole different trend – some teens didn’t want to look like ladylike housewives and good marriage material, but interesting poets and novelists, like in the book. So they turned to the beatnik look – all in black, wearing stretch pants and polo necks with flat ballet shoes.

In 1957, Audrey Hepburn starred in Funny Face, which further popularised the style.

The decade also saw two – nearly three – of what are considered the most elegant wedding dresses of all time.

In 1947 Princess Elizabeth of Great Britain (now our Queen Elizabeth) married Lieutenant Philip Mountbatten (now Prince Phillip). Her dress was designed by Norman Hartnell, and enchanted the land.The nation was impressed that she saved her own ration coupons to get it – even royalty was not exempt and Princess Elizabeth fervently supported the war effort, including knitting for the troops herself.

In 1950 the film Father of the Bride was released, starring Spencer Tracey and Elizabeth Taylor. Her flouncy frock was considered one of her most iconic looks. Many 1950s vintage dresses for weddings were designed to mimic the style.

But the wedding dress that perhaps resonates most with modern sensibilities was the one that beautiful actress Grace Kelly wore to marry Prince Rainer of Monaco.

Designed by Helen Rose, it featured a full length, bell-shaped white silk taffeta skirt that rose into a wide sash and strapless bustier top overlaid with an ivory lace layer with long sleeves, a mandarin collar and a row of tiny buttons up the front.

It helps that Grace Kelly was a classic beauty, but somehow the combination is utter elegance. When Kate Middleton married Prince William in 2011 her gown, created by the Alexander McQueen house, was inspired by this one.