Lillian Bassman, born on 15th June 1917 in Brooklyn, New York was a mid century fashion photographer. She gave the women in her pictures a stunningly elegant, dreamily glamorous and perfect appearance. Her compositions were striking, and the models are often captured in profile or looking away from the camera. 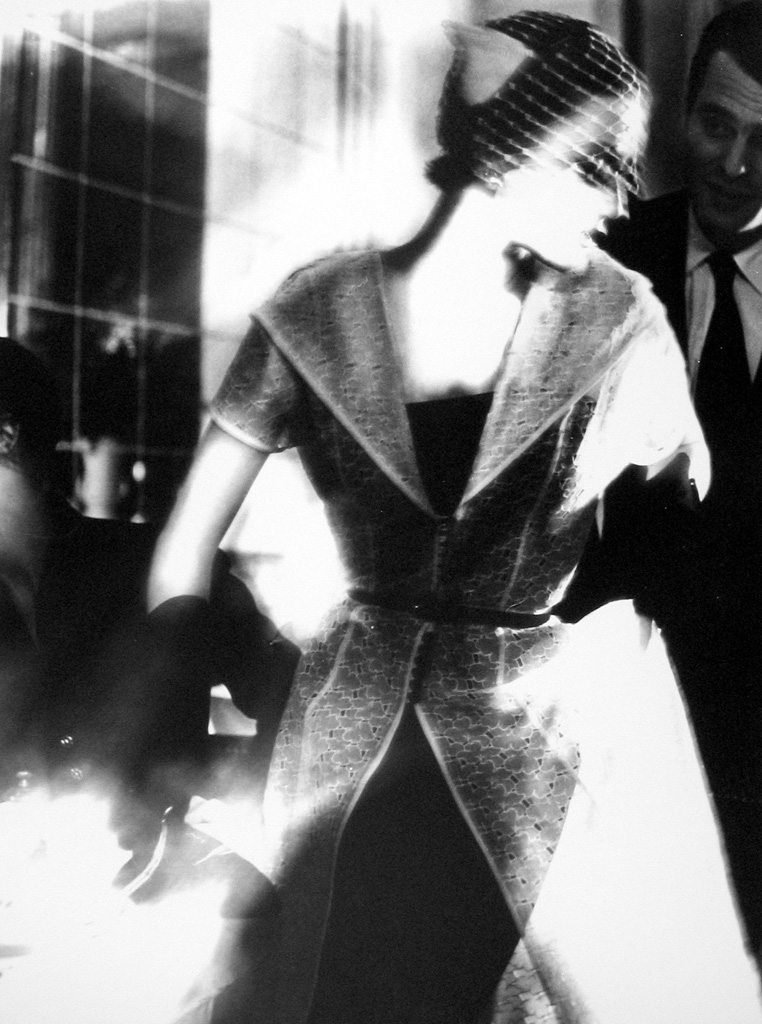 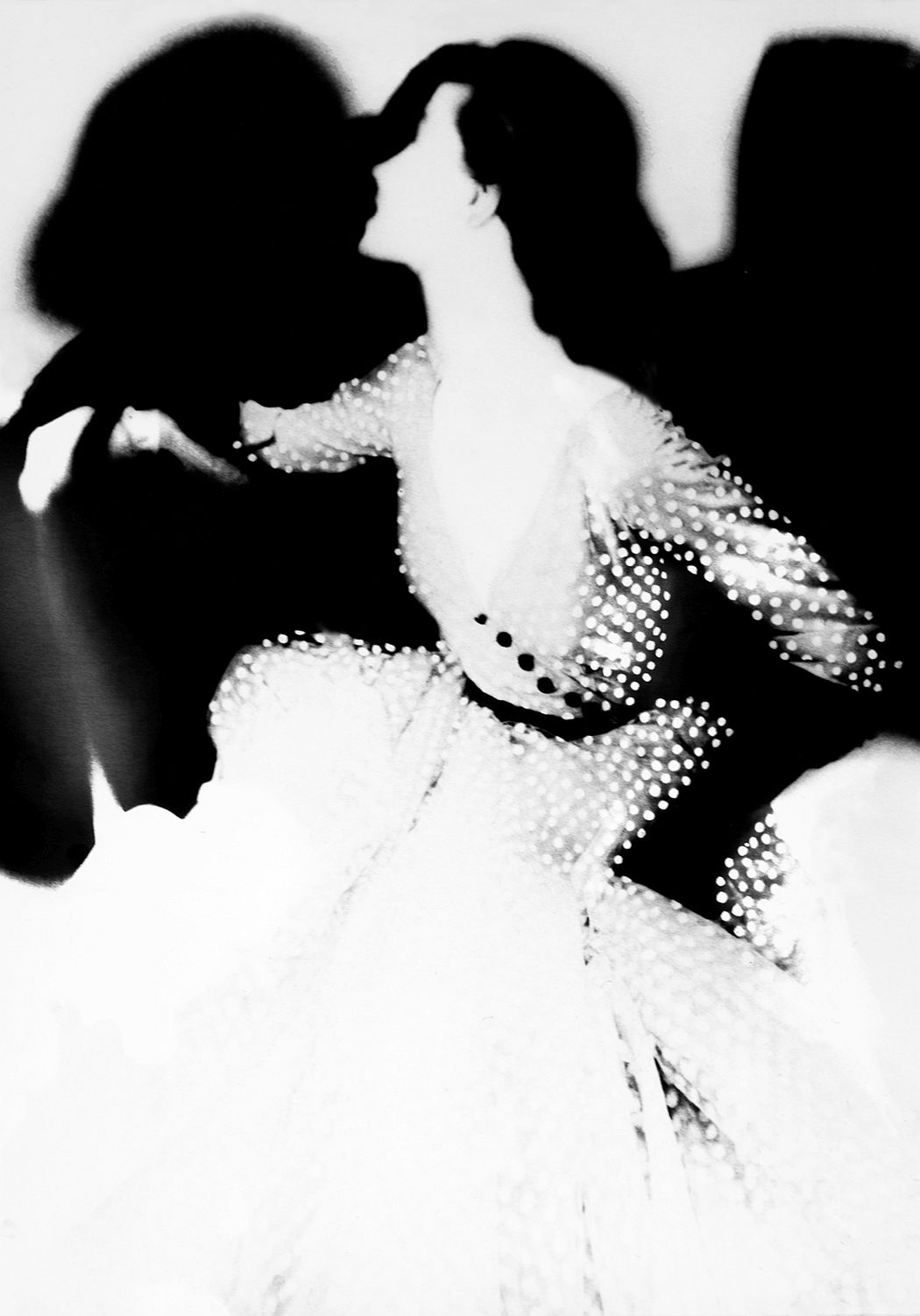 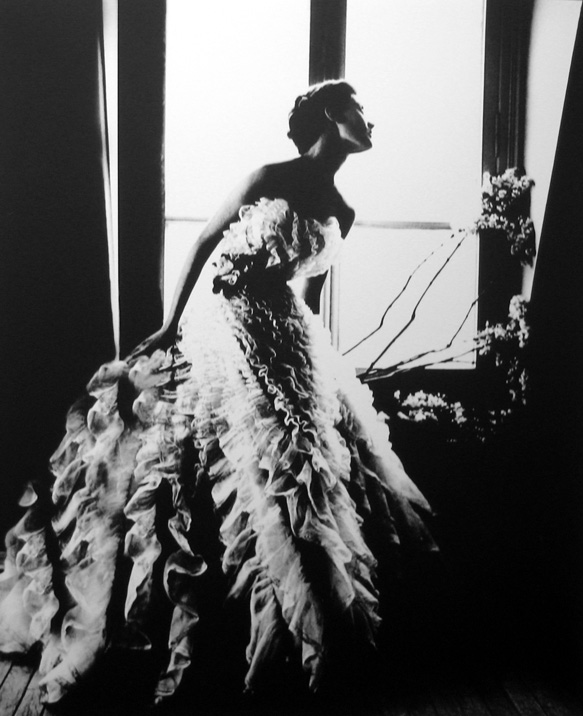 Lillian’s parents had arrived America from the Ukraine in 1905, and they encouraged their daughter towards an education, supporting her in her creativity and independence. She wanted to be a dancer when she was young, and though she didn’t follow up on that ambition she always noticed the hidden grace in women, and many of her best photos show women with the poise of ballerinas.

Lillian Bassman studied at the Textiles High School in Manhattan and graduated in 1933. After graduation she modelled for artists in the morning, painting classes in the afternoon and then took evening classes in fashion illustration at the Pratt Institute. Her husband, meanwhile, was both studying and teaching art.

She first met Paul Himmel on a trip to Coney Island at the age of six. They next saw each other when Bassman was thirteen, Himmel seventeen and started living together two years later. They were married in 1935 when Bassman became eighteen. Later they had two children together. They remained together until 2009 when Himmel died – 73 years of marriage.

Lillian Bassman applied for, and got, a place on the Design Laboratory graphic course, run by the art director of Harper’s Bazaar, Alexey Brodovitch. In 1941 he offered her an internship at the magazine. It wasn’t until 1945 he finally gave her a salaried post, as co-art-director of the spin-off Junior Bazaar.

Lillian Bassman – Learning from others

She was able to give commissions to Richard Avedon, Arnold Newman and Robert Frank, as well as her husband Paul Himmel, who had by then taken up photography, giving them their start in fashion photography.

She learned from the more experienced photographers, watching what they did in the darkroom, how they bleached out and blurred their images. They were free with their advice, and Bassman began to develop her own style. It was much accelerated when Avedon, leaving for a long trip to photograph the Paris collections, lent her his darkroom and an assistant.

Although colour photography was by then becoming much more common than black and white, Bassman chose to produce images almost exclusively in monochrome, with a distinctive high contrast. She was inspired by the painter El Greco, and other classical sources.

Being a female photographer was an advantage with the female models, she felt. Especially if shooting lingerie, she would send her male technician off for a coffee, and spend a lot of time to allow her sitter to fully relax. She had a “more intimate relationship … the inner calm” with the models. “They would tell me their stories … They never had to seduce me in the way they had to seduce men.” Eventually, the subject was so “engrossed with the mood that she feels alone”. Then, Bassman,”at one with the lens”, took the photo.

A sensual and fantastical world

After the sessio Lillian Bassman spent many hours on dark room work, manipulating the image by adding filters of gauze and tissue paper, and sometimes painstakingly hand painting areas of detail back in. “In there, I felt a sense of being able to say something I wanted to say,” she explained.

The effect was sensual, glamorous and fantastical, evoking a world which did not really exist but easily could do. Unfortunately, editors didn’t want blurry, atmospheric imagery but clear photographs which plainly depicted the details of a dress. Eventually they came around and, once her images were published, they became wildly popular. As a result, Bassman was frequently employed to shoot advertising images too, including for Chanel and Balenciaga. She also shot for cigarette ads, underwear, makeup, food and liquor. By 1948 when Junior Bazaar folded, she was well established.

Lillian Bassman took hundreds of pictures of Barbara Mullen, her favourite model, Dovima, Lisa Fonssagrives and others for Harper’s Bazaar as well as her advertising sideline over the next 20 years.

Lillian Bassman – Disappointed with the Sixties

But by the late 60s, her world was out of date, as was her photographic style. Bassman hated the new fashions, gawky, child like models and all the people who now swarmed round a fashion shoot – the makeup artists, hairdressers, stylists and assistants when before it was just her, her lady-like model and maybe a photographic technician.

Angry and disappointed, in 1969 she threw out her personal archive of her own fashion photography, including decades’ worth of negatives and prints. She then retired from fashion photography to concentrate on photography as art. Her style evolved and kept track with the latest technologies, using photoshop for computer manipulation when it came out, producing beautiful abstract digital images. She was then in her nineties.

A Resurgence of Interest

In the 1990s, a several bags of negatives resurfaced from Lillian Bassman’s early work which had escaped her cull. Bassman was excited by the rediscovery and printed out and re-worked some of the images that she had loved but had not been selected by fashion editors. These new prints were greatly admired and got her a job shooting the Paris collections for the New York Times magazine in 1996, plus ongoing assignments with American Vogue until 2004.

They also provoked fascination and a resurgence of interest in and exhibitions of her mid-century fashion photography. There had been a single exhibition in the past, in 1974 at the Staempfli Gallery, New York, but from 1993 onwards there have been the equivalent of at least one a year, plus a lively private trade in her original prints and the publication of several glossy coffee table books focussing on her work. Museums, including Museum of Fine Arts in Boston and the Fashion Institute of Technology in New York, amongst others also hold examples of her work.

Lillian Bassman continued to take photographs until her death in New York on February 13, 2012, at age 94.