Because it was born during the war years, when rationing was at its height, the 40s fashion era was one of simplicity and utilitarian designs that gave 1940s women few choices. 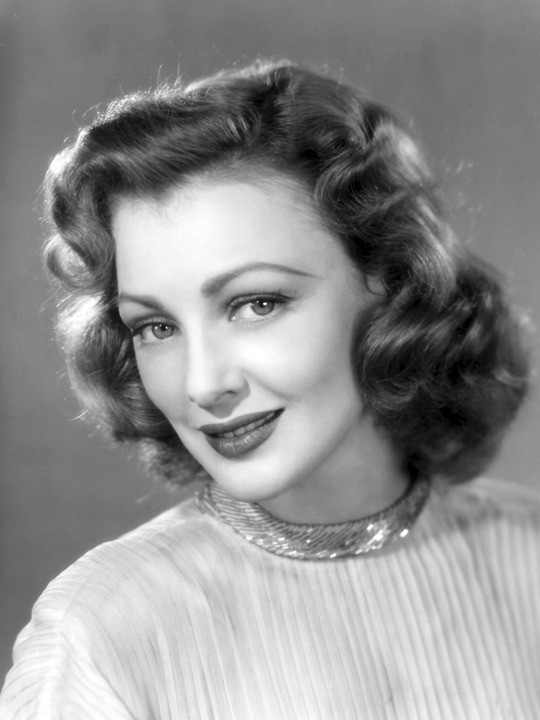 But that didn’t prevent ingenuity and craftsmanship among 1940s fashion designers of the time. Despite shortage of money and materials, fashion in the 1940s thrived and emerged, post the second world war, to define fashion for the next several decades.

In this post, we’ll look back at how the 40s fashion era evolved, and was even inspired during this time of world-wide stress and turmoil. We’ll look back at fashion history to see how some of the dominant trends, like knee-length dresses and flared skirts came about.

The 40s fashion scene was a minimalistic one, where frivolous trims and embellishments were kept at bay. At the end of the post, we’ll leave you with a few 1940s dress ideas that you can easily incorporate into your contemporary wardrobe. 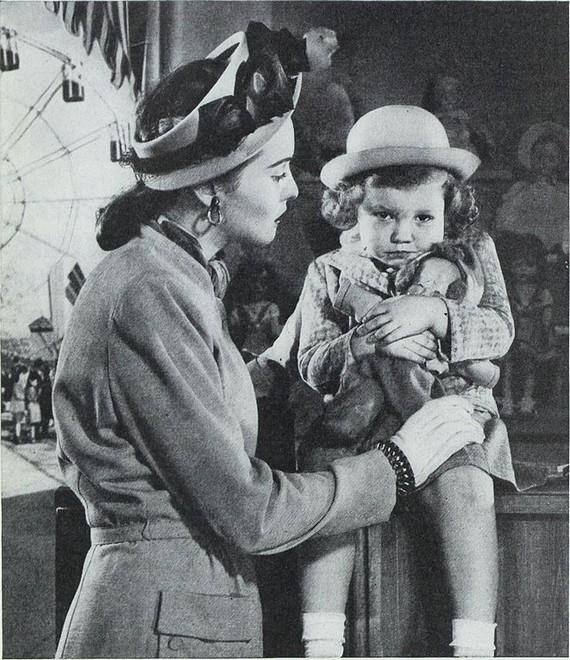 The 40s were, in some ways, an era still traumatized by war and its after effects. And that undoubtedly impacted how 1940s women dressed. The war had put tremendous pressure on the availability of fabric and clothing facilities, so that crimped 1940s dress design styles. Still, through innovation and true grit, the 40s fashion scene turned out to be one of the more memorable ones for decades!

Architects of the war years fashion scene didn’t let the hostilities get in their way of coming up with appropriate style ideas. Not even the 1942 Civilian Clothing Order (CCO) could dampen British women from embracing the 40s fashion scene in earnest.

It was in this time of conflict and turmoil that the world saw fashion designers like Louis Vuitton, Claire McCardell and Guccio Gucci – a London immigrant – make fashion history with their designs and unique creations. In many ways, the architects of the 40s fashion scene set the standards for fashion in the fifties and beyond.

Because of the ongoing world war, women were working alongside menfolk, in factories, on farms and on construction sites. Ankle length skirts were not work appropriate there, and neither could they wear a day dress on the work site. So, the architects’ of 1940s fashion designed work trousers, overalls and coveralls that women could easily wear to work – and still fit in!

As the war crawled to a halt, and post world war realities set in, women in all walks of British society experienced a sea change in how they looked at the 40s fashion landscape. There was a general relief that the war was over, but conditions were nowhere as “normal” as the pre-war years. Designers of vintage fashions had to once again rethink how they could respond to what 1940s women wanted.

While some would have thrown in the towel and stuck with what was in vogue before the war, others saw an opportunity to redefine fashion in the 1940s. However, they couldn’t completely set their imaginations free – they had to improvise based on existing social and economic conditions.

Britain’s CCO restrictions, and similar other laws elsewhere in the world, were partly responsible for how the 40s fashion scene unfolded. Because fabric and clothes-making materials were scarce – thanks largely to material and machinery directed to efforts supporting the world war – improvising was the order of the day.

Fabric restrictions didn’t mean that fashion designers of the 1940s no longer produced dresses and skirts. However, they engineered changes to their creations – some subtle, while others were very prominent. One of the most visible signs of that improvisation was in the length of skirts. 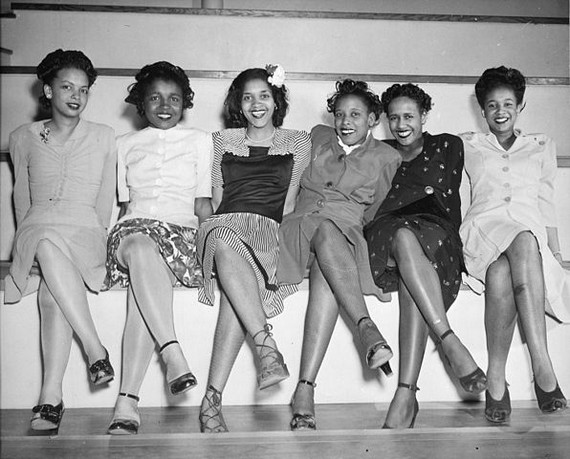 1940s fashion architects deserve all the credit for breaking away from the traditional ankle length skirts, and giving women the option to ride the hems of their skirts and dresses a little higher.  Christian Dior, with his game changing New Look, transformed the 40s fashion scene forever.

Until now, designers modelled women’s clothing on war era utility style dress designs. But the styles and patterns used were rather uninspiring and unimaginative. The New Look by Christian Dior infused fresh blood into how 1940s women dressed. Knee length skirts were in – big time – and tailored designs accentuated every curve of a woman’s body.

The knee-length dress and skirt revolution also ushered in an era where women preferred their dresses a bit “shapelier”. Smaller waists and tighter-fitting designs meant that 1940s dress makers took more liberties with their creations. Until then, vintage fashions were synonymous with rounded shoulders. But the 40s fashion revival, which inspired designers to create skirts high above the knee, also gave birth to squared shoulders. The era of the day dress, with its knee-length hems, floral patterns and puff shoulders had arrived!

The clothes that women wore prior to the 1940s, were very appropriate for the stay-at-home wife that ran house chores and looked after the kids. But the second world war changed all that.  With women taking on more roles in the work force, it became imperative that fashion designers of the time take heed. And knee-length wardrobes – for both work and after-work events – was how the 40s fashion architects responded. 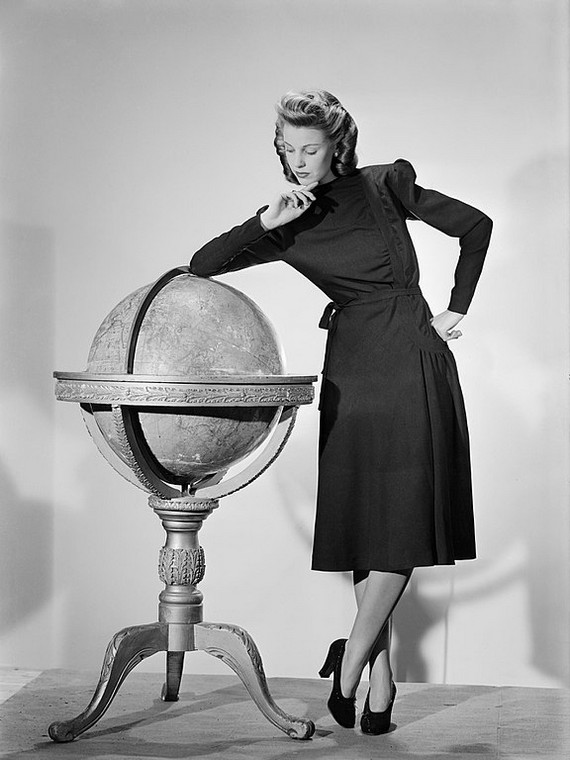 A model wearing a black woollen Utility Atrima dress in 1943.

It’s hard to impress upon today’s woman, the importance of repurposing and recycling older clothes. But 1940s women understood the concept very well! By 1941, the toll that the war effort was having on household budgets was showing, and it was manifest in what women wore.

Because of war rationing and due to scarcities, it was hard to come by the extra materials needed to create new dresses and skirts for every major occasion. The hardship in sourcing fabric, thread and clothing accessories also meant the 40s fashion world had to do more with less. And so, women made the best of what they already had in their wardrobes – by repurposing them.

Since ankle length skirts and dresses were going out of style – why throw away what was already available. Women quickly took to learning sewing, and stitching became a favourite pass time of women in the war years and beyond.  Then, as they got inspiration from pattern books and fashion magazines, home-made 1940s style dresses were created.

Make do and mend

Women would repurpose their old ankle-length dresses and skirts, and create fresh looking designs that were in line with what was then in fashion. No more did they need to spend money – which was in short supply anyway! – to buy a new knee-length skirt. A pair of scissors, and a neatly lined hemming effort was all it took to transform vintage clothes from the 1920s and 30s into a repurposed 40s dress for any occasion.

Still, that did not mean that icons like Christian Dior or Claire McCardell would go out of business. In fact, when those pillars of the 40s fashion world saw how fashion trends were moving, and what women wore to work and in social settings – they adapted their own designs and styles to create exactly what women wanted. 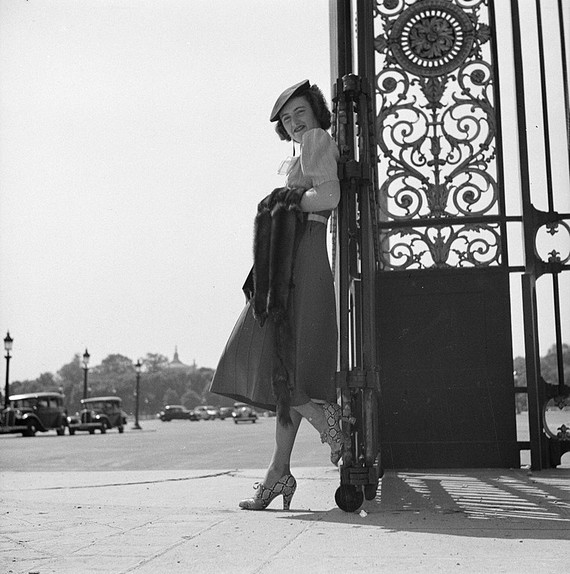 By the late 40s, utility fashion from the war years was no longer popular – or required, for that matter. Fabric manufacturers and clothiers, who supported the second world war, now turned their focus to supporting the needs of civilian fashion in the 1940s. And with an abundance of material, and growing choice of fabric, women started embracing more “liberal” clothing too.

The day dress featured more rounded shoulders, and blouses and tops offered a variety of cuts and neck lines. The 40s fashion revolution was all about stressing the femininity in how women dressed. How women started dressing back then, has changed the course of fashion history. The days of long flowing, straight-cut dresses and gowns was pushed back, and a more open and liberated 1940s dress code came into effect. 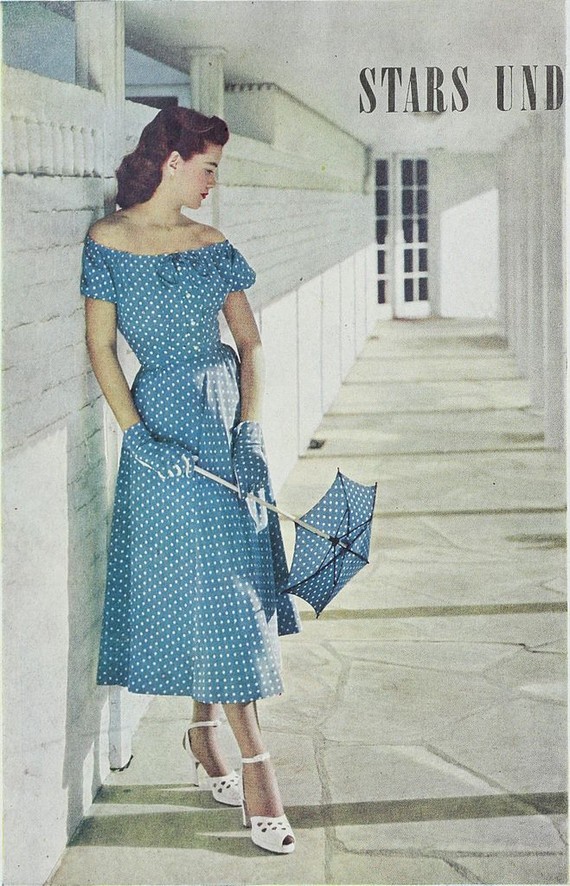 So, if you wanted to pull off that 40s dress look, what would you aim for? Well, women don’t really need to be high-end fashion designers in order to create their very own 40s look. Here are some design ideas to try out:

Even if you can’t get exactly what you want, to create your vision of 1940s style, you’re sure to find something to inspire you. Recreating the 40s fashion era can also simply happen by taking up the hemline of your day dress by an inch or so, or removing and reducing extra embellishments from vintage clothes from a prior decade that you may have in your closet.