Because the Second World War started in 1939, and lasted until 1946, most of 1940s Womens Fashion was naturally greatly affected.

In some ways it was a great catalyst for innovation, with 1940’s fashion designers rushing to make garments that fit in with rationing and the 1942 British Civilian Clothing Act, which restricted certain fabrics and frowned upon unnecessary trimmings.

As in the First World War, wool was needed for uniforms and this time around, silk was in demand for parachutes.

Metal, usually used in underwear and closures, was also in short supply, since it had been redirected for use in planes. (I wonder how many corset bones = 1 airplane)? 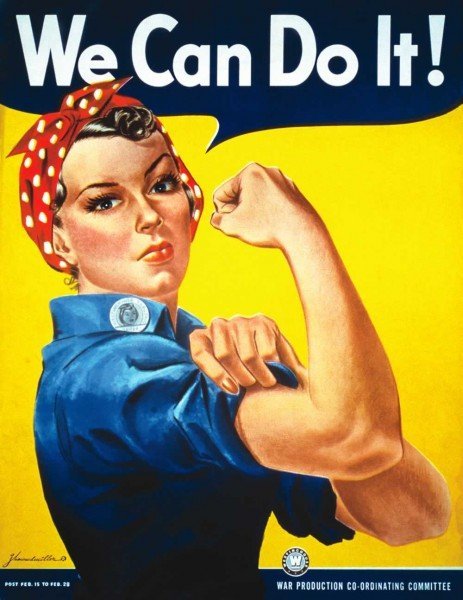 The result of all this was shorter hemlines and closer fitting, more streamlined garments, made in fewer individual pieces. Overcoats sported, for example, three buttons instead of six, and perhaps a mock collar instead of a full one.

The famous pencil skirt appeared, simple as it is in design and economical in fabric, and was teamed with fitted jackets.

Women working the land or in factories regularly wore trousers now, and articles sprang up in 1940s Womens Fashion magazines about how to individualise and feminize your grey, standard issue jumpsuit that was given to those working in the munitions factories.

(You could tailor it if you had skills, or simply nip it in with a belt and add a cheerful headscarf). 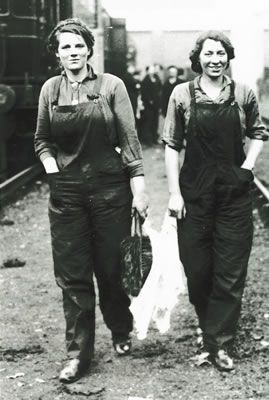 Manufacturers were in competition to create synthetic fabrics in sufficient volume to be used for army parachutes, as they used vast amounts of silk. Rayon and nylon were invented, and eagerly seized upon by the fashion industry, initially for underclothes.

Enterprising clothing designers also created elegant and practical “shelter suits”, which could be pulled on over pyjamas in the event of an air raid. People were often stuck in basements or cold, outdoor Anderson Shelters for hours with their neighbours, so the suits were made to be warm but also look good in public.

Hairstyles became rather elaborate, to make up for any dullness in clothes, and great attention was paid to make up, although lipstick was also rationed.

Nails were buffed, rather than painted, for the same reason, and home made solutions to the lack of silk stockings were in abundance – for example, drawing a line up the back of the legs and giving them a wash of gravy for colour – I did say that the war tested the nation’s ingenuity! 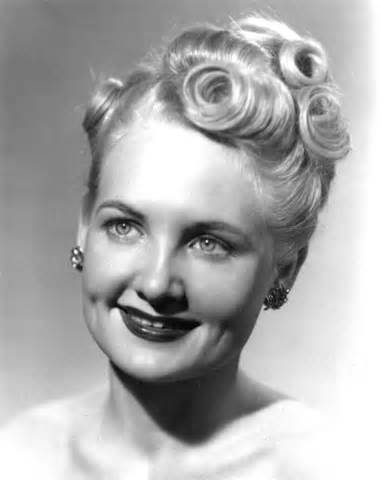 Contemporary vintage fashionistas may wish to stay away from sauce-based hosiery, but to get a 1940s style look you really need to concentrate on your hairstyle and bright red lipstick first and foremost.

Pincurls and Victory Rolls look fabulous and authentic. Team with a pencil skirt or even a military outfit and heels.