Vintage swimwear is so much more daring today than it was 60 years ago, but question is, is it any better? Is it really that great to leave very little to the imagination, or should we go back to the heyday of 1940s Swimwear and embrace the all in one piece, or the two piece tankini type costume they wore back then?

I suppose it’s simply a matter of taste, but if you hanker after a little vintage inspired 1940s Swimwear and you like the forties look, then this blog is for you.If you want a thoroughly authentic look, then you can look for original costumes from the forties era, however, keep in mind they will not be made with the same materials used today.

In 1940s fashion, costumes were made of rayon jersey and rayon jersey blends. Although they were still figure hugging and extremely flattering to the figure they may not be your first choice as a potential costume to take abroad or on holiday.

Costumes made in the forties had the advantage of control panels to keep your tummy in, although many swimming costumes today do contain something like this in contemporary bathing suits.

The tummy panels were made from “lastex,” which may have been a precursor of what we know today as latex. They also came with bra cups to help give your breasts shape and contouring and came in a variety of colours.You may of course decide to go with vintage inspired and retro designs, which of course will come with latex and all the modern materials used today. 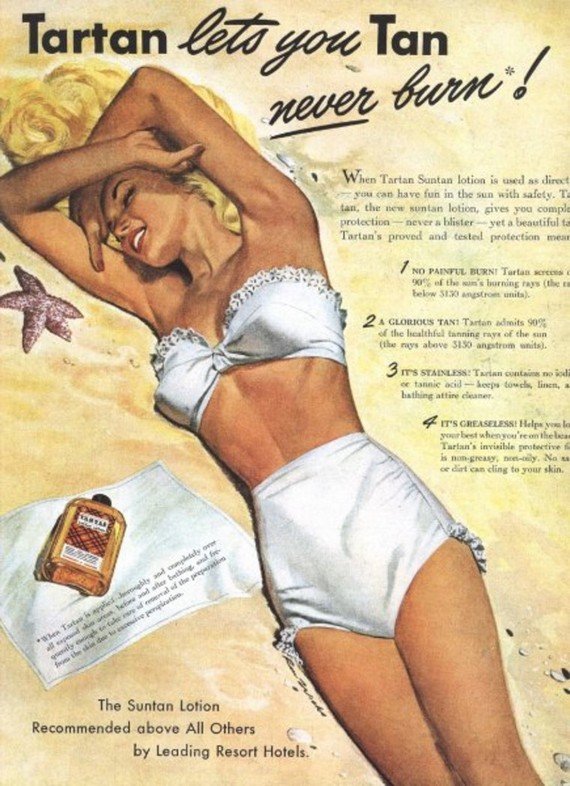 1940s swimwear covered more than it does today but was working its way to being less modest than it had the decade before. Separate two pieces were slowly gaining popularity as a precursor to the bikini and were closed with either buttons, or metal zippers at the back.

A forties swimsuit had a skirt panel in the front and back that reached the top of the thigh, and when buying one, whether it’s vintage or inspired retro swimwear, it should have the skirt panel intact. It can come with a little swing or be tight and straight. 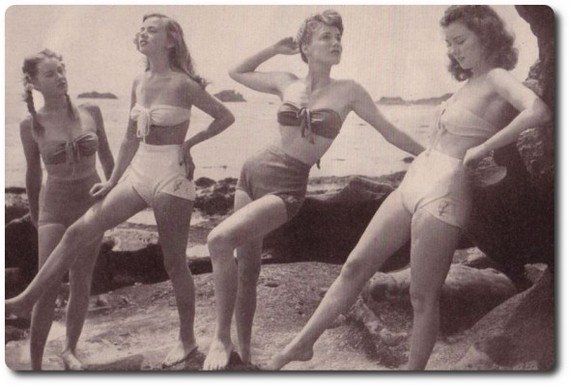 They usually had thin straps and no cleavage with a bra top that covered everything. Sometimes there’d be a little cut out showing some of the midriff, but that would be the only concession to a little flesh.

As two pieces became more popular the midriff became a little wider and eventually the 1940s bikini came into being. It was named after Bikini Atoll in the South Pacific where the United States had carried out nuclear tests.

However, conservative opinion still prevailed and many two pieces as well as the new, more daring bikini weren’t allowed on some beaches until the 1950s. 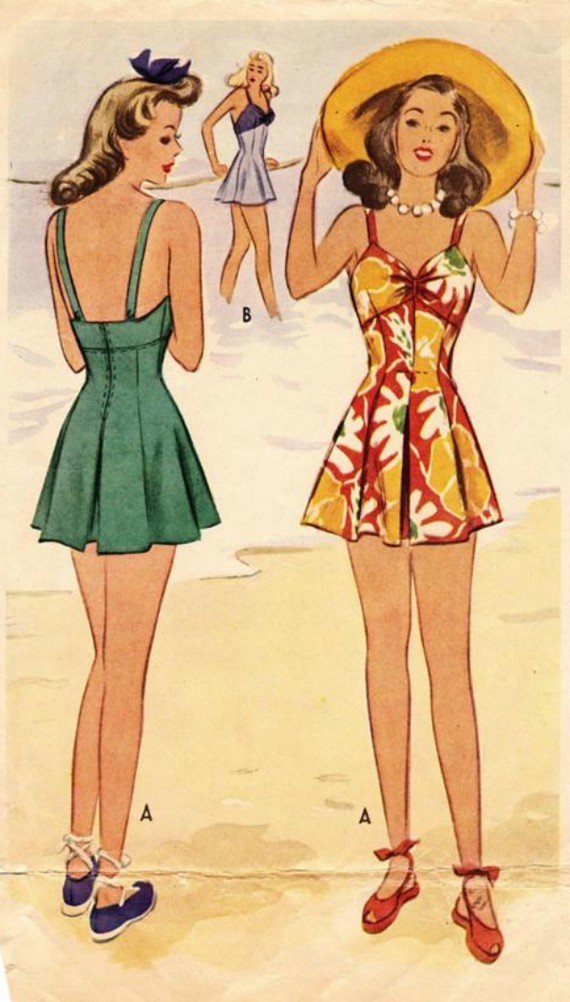 If you’re looking for 1940s Swimwear, keep in mind there are some subtle similarities to the costumes of the fifties – any cute animal patterns or cherries and fruit are probably fifties costumes. The 1940s Swimwear costume has simple patterns with spots, flowers, stripes and plenty of block colours. It’s both minimalist and modest.

Wear a forties costume and you’ll look every bit as sexy and feminine as if you to wear a more revealing costume today. All it takes is confidence, a confident walk and plenty of attitude.