Any man can wear mens vintage clothing and use it to add a touch of something different to an outfit.You don’t have to go top to toe vintage though you can if you want to.

Some men focus on vintage shirts, for example, and wear them with a v neck and skinny jeans.You get some great prints on 50s Hawaiian shirts, all kinds of colours and they look good just peeking out from under your sweater. Same goes for Seventies shirts, which are a bit more of a slim fit usually. 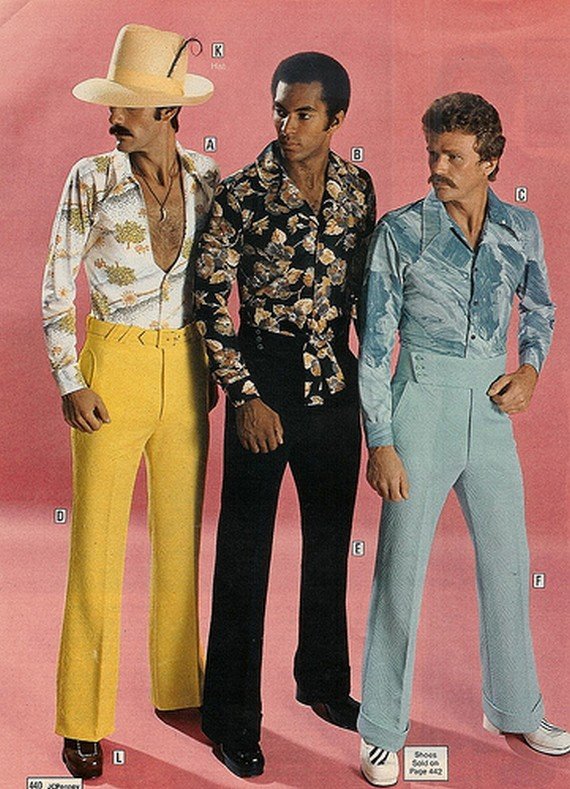 If you’re not so keen on ironing shirts, look for t shirts which come with some excellent designs. Original promotional t shirts with slogans are quite fun. 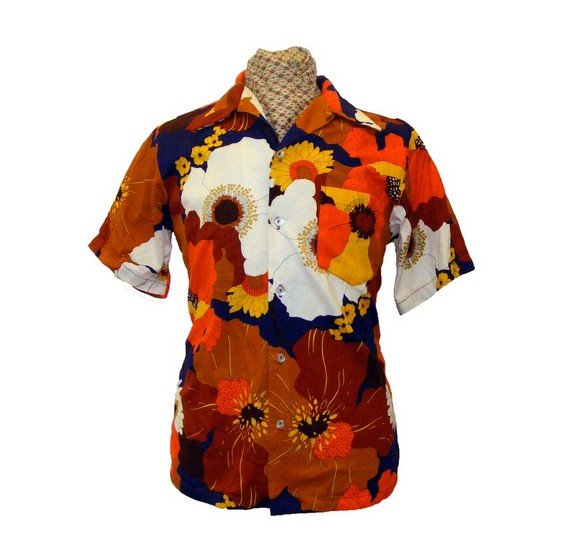 Sheepskin overcoats from the Seventies or Eighties bomber jackets are also popular and practical. Or you can pick an era for Mens vintage clothing and specialise in it. Be Seventies man, and team your printed shirt with matching flares and an acrylic tank top. Finish the look with a kipper tie. 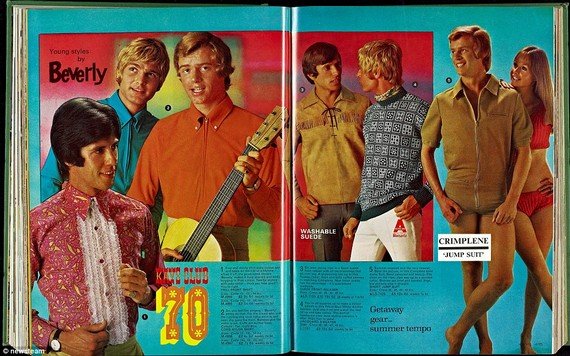 70s shirts from the Kay cataloge

Alternatively, how about being a Forties noir detective, in a pinstriped suit and homburg hat? Humphrey Bogart types still have a lot of sex appeal, just look at George Clooney.

Uniforms are vintage objects of desire for many. Collectors may be interested in military history, clothing history, war re-enactment or just like the way they look. The way that pop stars from the Sixties like the Beatles liked to wear military frogged overcoats has been popular ever since, and camouflage jackets and greatcoats remain a classic look.

The Beatles in military frogging

Study original vintage photographs or films from a particular era to get an idea of how to put your outfit together. As mentioned, black and white noir films from the stylish forties and fifties are great, you can also look at any films from the fifties, sixties, seventies, or eighties, and spoof films like “Hustle” also get vintage details right. 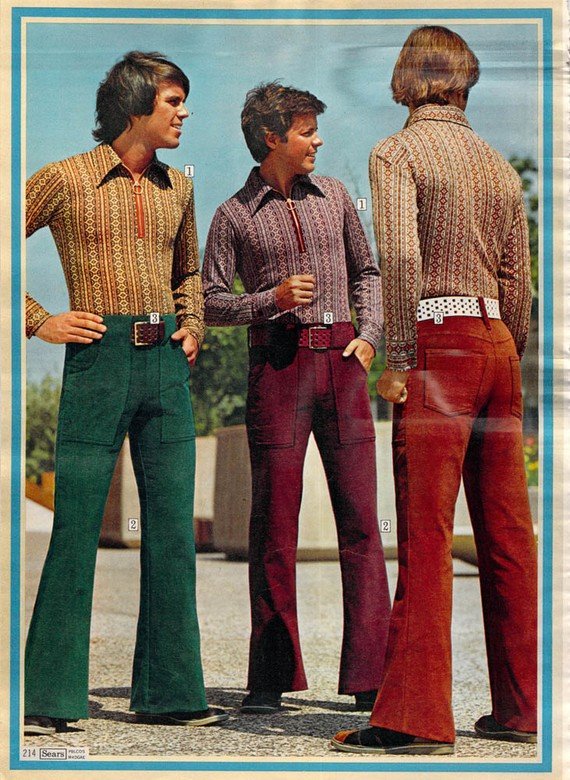 70s Mens clothing-the way it was

Which Clothing is Valuable?

There is a huge market in Mens Vintage Clothing for vintage trainers and vintage jeans. The right brand and model can change hands for thousands of pounds, even when they’re not in mint condition, so keep your eyes open for overlooked items that could be of interest to collectors.

With Mens vintage clothing In jeans, it’s names like Dior and any designer brand that makes people prick up their ears, for trainers, Adidas, Nike or certain boutique brands. 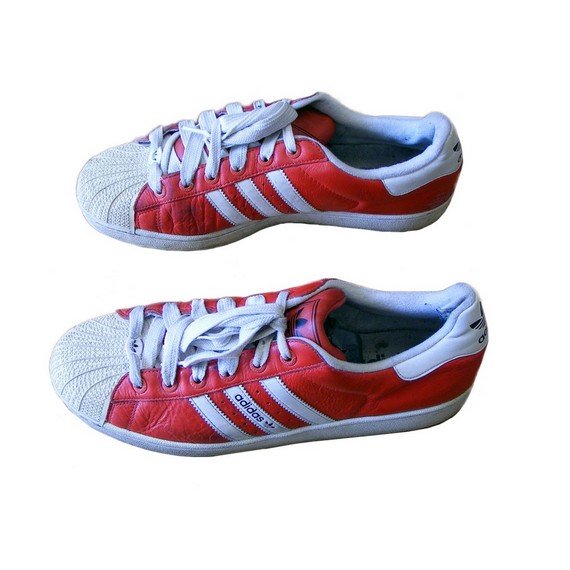 Mens Vintage clothing worn (or signed) by celebrities is also worth quite a lot, especially if they wore it for a well known film or for iconic photographs. You will find these pieces at auction, and you may be lucky in picking up something from your idol when their estate decides to sell off clothing and personal items. 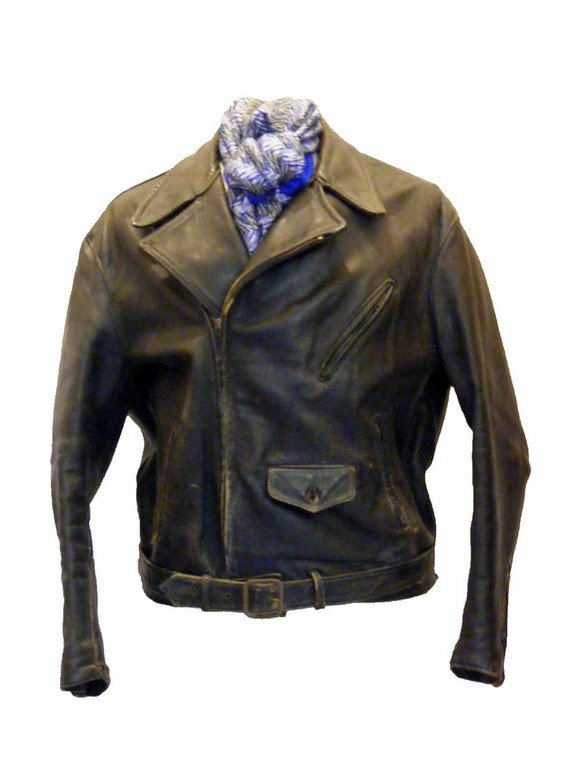 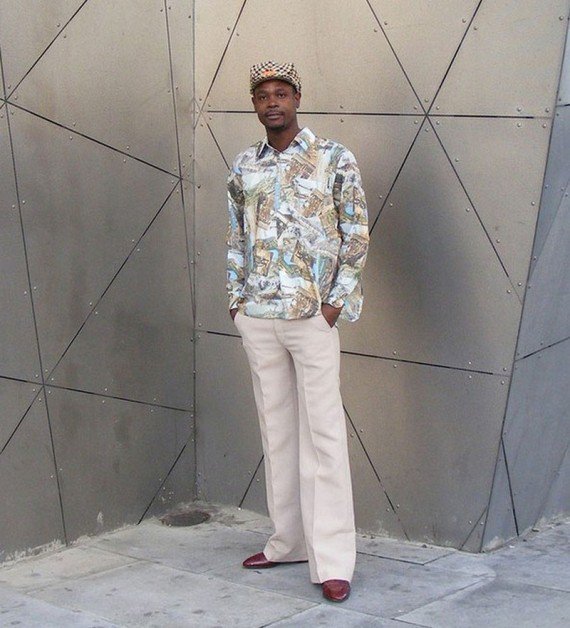 Other pieces that are worth more are ones that are in great condition, especially pre-70s. So keep your Mens Vintage Clothing carefully, dry clean it and store it somewhere dry and warm, but not too warm, and protected against moths if you’re not going to be wearing it for a while.