The Prince of Wales was a major influence on 1920s mens fashion. The future King Edward VIII was a major style icon for this decade,  his colourful and relaxed outfits were copied by the youth of the day and were a huge influence on the 1920s mens fashion wore during the decade.He liked bold golfing shirts, jaunty sweaters and plus fours. Plus Fours ended four inches below the knee – a kind of really baggy, long shorts, worn with colourful stockings. He enthusiastically adopted the zipper on trousers, and belts instead of braces.

The influence of Royalty on 1920s mens fashion

All of this was rather frowned upon by the establishment, who were content to stick with a three-piece suit in sombre colours most 1920s Men commonly wore. It was all a bit too American for their tastes. In fact Edward’s taste was thoroughly American, as this is the king who abdicated in the end in order to marry an American – Wallis Simpson. And both of their wedding outfits were widely admired, before they both popped off into shameful exile. 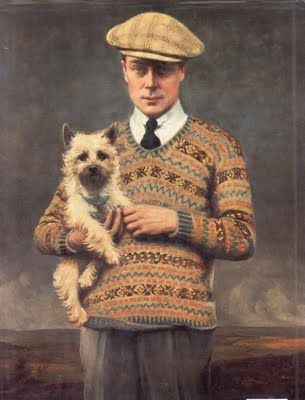 Before that happened, Chanel created stage costumes for the Ballet Russe’s performance of “Le Train Blue” based on his outfits. Outfits for the female lead character were based on another style icon’s clothes – tennis player Suzanne Lenglen. 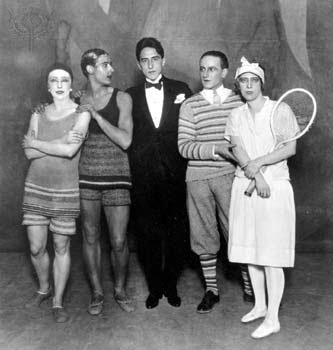 Sportswear and fashion in the 1920s

This is because another love of this bold new youth in 1920s Mens Fashion was sport and sportswear. Lots of 20s fashion designers created sports collections, including Lanvin, Lucien Lelong, and Jean Patou. Swimwear was revolutionized, and, despite attempted legislation against it, men and women sat side by side on the beach in ever more skimpy garments.

Male and female swimming costumes around this period were very similar, moving from an outfit with a little skirt for both sexes to something that looked a bit like an all in one vest and cycling shorts sort of thing, but without the benefit of Lycra. They were usually made in knitted cotton or wool, which was pretty awful when it was wet – hot, droopy, and itchy. Manufacturers kept on trying with the technology, but it was a few years before they really got there. 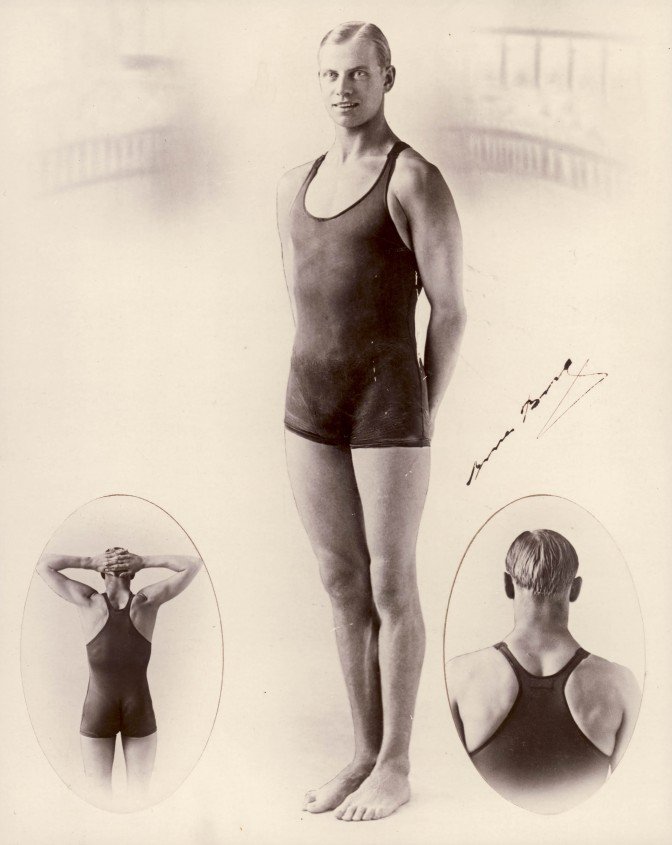 Some students at Oxford started a trend in 1920s mens fashion for massively wide trousers, about 100cm around the hem for extremists, and coming not only in grey and black, cream and beige but also lavender, sand, and pale green. They were called, of course, Oxford Bags. 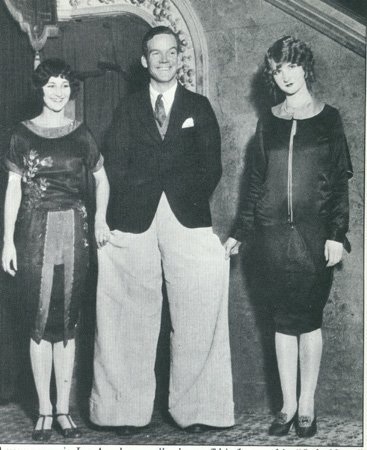 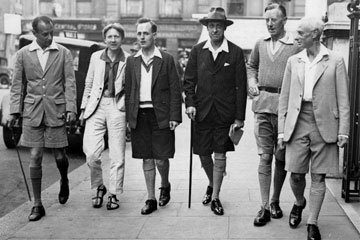 Tans became popular and the Sunlight League urged the benefits of fresh air and sunshine. There was also a dress reform league in 20s menswear, the Men’s Dress Reform Party, who suggested sandals instead of shoes, shorts rather than trousers, decorative shirts or blouses instead of stiffly starched affairs, and no ties at all. And this, not for beach-wear, but for everyday life. (Was it sunnier in Britain then?) Clothes for men did become relaxed generally from then onwards, although not to that extent for most. Maybe they wore a soft collar and no tie in the street, forgoing the embroidered blouse.