When you think of 1900s fashion at the turn of the century, it seems impossible to conceive that it has anything to do with fashion today. What do Belle Epoque bustles and corsets, wasp waists and hooped skirts have to do with contemporary street style? Surely, unless you’re a Goth and adore top hats and black silk frills, even a vintage fashion enthusiast isn’t going to go that far back? 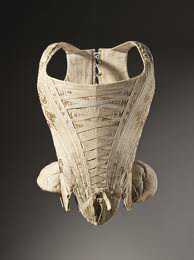 Well, of course, Victorian fashion is massively relevant, mainly in inspiration in all sorts of ways, some possibly unexpected. But as well as that, it’s very possible for a true aficionado of the Victorian style to still pick up original items 1900s fashion, mainly in the form of accessories. Hunt through vintage fashion shops and you can still find kid skin gloves, tortoiseshell fans, hair ornaments and even shoes. 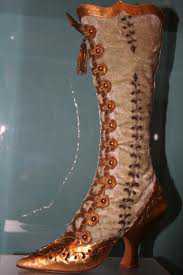 voluminous petticoats and bloomers are much in evidence in 1900s fashion

Also, for some reason, voluminous petticoats and bloomers are much in evidence. Although you’ll probably find the gloves and shoes too tiny to wear, unless you’re very dainty, and personally I make a habit of not wearing another woman’s underclothes, there’s something very wonderful about owning something  from 1900s fashion that’s over a century old, and imagining who it was that owned them before you. There is also plenty of Victorian jewellery that makes a great highlight to a contemporary outfit. Heavy watch chains in gold and silver, as well as the current favourite metal, rose gold, can easily be converted into chunky bracelets and chains for the neck. 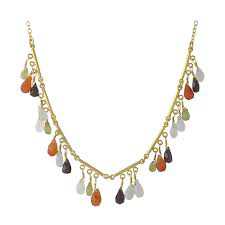 Which is your preferred period?

So much for literally Victorian 1900s fashion. For you Vintage Clothing Queens – which is your preferred period? The Fifties? The Eighties? If it’s the Fifties, of course you know that Christian Dior based his extravagantly full skirts and tiny waists of The New Look on turn of the century ideas. His skirts were a little shorter, and less padded at the hip and bum, but waists were very nipped in, and the corsetry underneath dresses and suits gave a similarly rigid structure to the chest area. And of course, in the Eighties the look came back again, in a modified, softer form – the full skirts and defined waist again hark back to that era.

Plenty of designers today who still adore a corset

There are plenty of designers today who still adore a corset. Jean Paul Gaultier, Thierry Mugler, and Vivienne Westwood spring to mind immediately. John Galliano often uses the hourglass figure as the basis for his stunning creations, and Alexander McQueen played with hooped skirts and exquisitely structured boning too.

1900s fashion and the Burlesque movement

All this is without even beginning on the burlesque movement and their reverence for corseting and frilly knickers. If you go to a burlesque show, whether you look towards the audience or the stage, it’s a sea of ostrich feathers, invitingly packaged bosoms, and silk satin mini-crinis as far as you can see.

So, a fashion and style that has endured for over a hundred years? Vive la Victorians, I say! Images from Flickr Creative Commons

A Century of Fashion 1900s-Jean-Paul_Gaultier_bustier_Montreal_expo_2011