40s Fashion Men and their Styles from Suits to the Street

40s fashion men and their top trends from the navy blue slim fit suit to the casual-cool fedora hat and everything in between for office to street to factory to party!

In the fashion of the time,  men had a wide range of options to choose from for work and play, first influenced by war time restrictions and uniforms, then exploding into exuberant styles and fashions once the war was over. 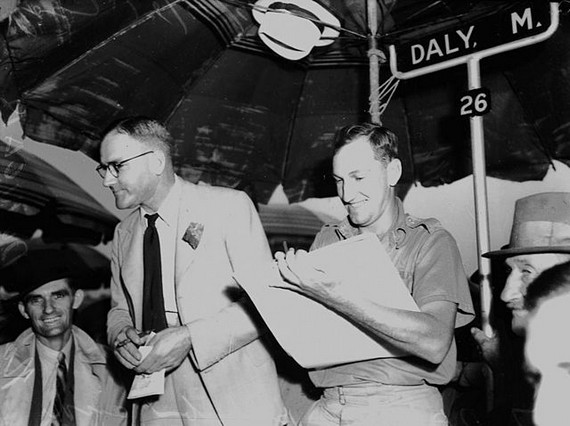 Men’s fashion from the 40s may be considered as a tale of two extremes. 1940s fashion  style choices were initially heavily influenced by the second world war, and the ensuing fabric rations. Then, once fighting men returned from the frontlines, and things started improving, 40s fashion for men was swayed by the post war years of abundance and prosperity.

To get around a lack of supply of heritage fabrics, suits, shirts, pants and other clothing items were created out of synthetic fabrications like rayon rayon-wool blends in limited swaths of fabric.

Middle class Men in 40s fashion chose suits that were styled in the same traditional ways as from prior decades and continued to wear their suits from the 1930s, if they could not afford otherwise.

Inner city youth, on the other hand, were all about the infamous Zoot Suit in bright colours, loose pants and long jackets that epitomized the rebellious 40s fashion men style statement of the later 40s. 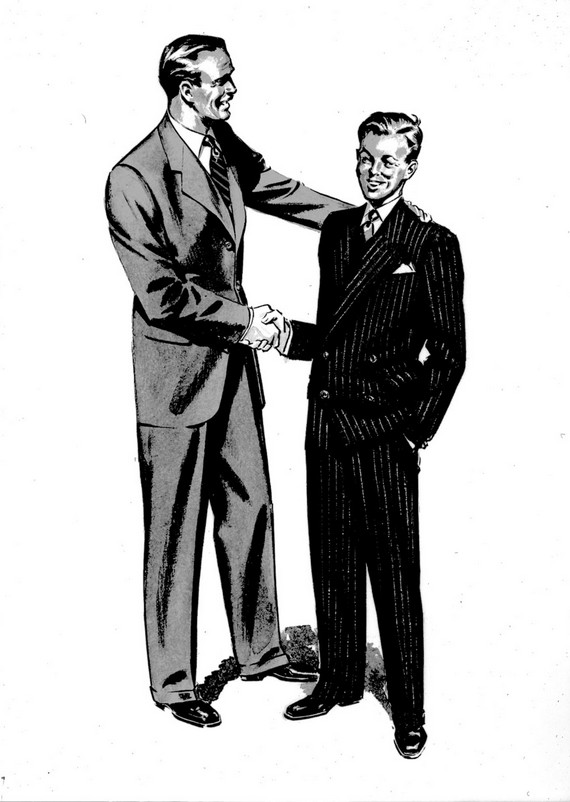 Men in the 40s men worked around cuff restrictions by buying longer-leg suits and cuffing the hems themselves.

Alternatively, 40s fashion men continued to wear their generously cut suits from the 1930s, both as style statements and as support for the war rations by not buying new suits and making do with their existing wardrobes.

40s fashion men were also influenced by the uniforms and other utilitarian clothing worn as uniforms, customizing these looks for civilian wear.

Military uniforms and accessories were popular in Men’s options after the war, as these items were snapped up from Army Surplus stores at very low prices and fit easily into the street wear of the day. 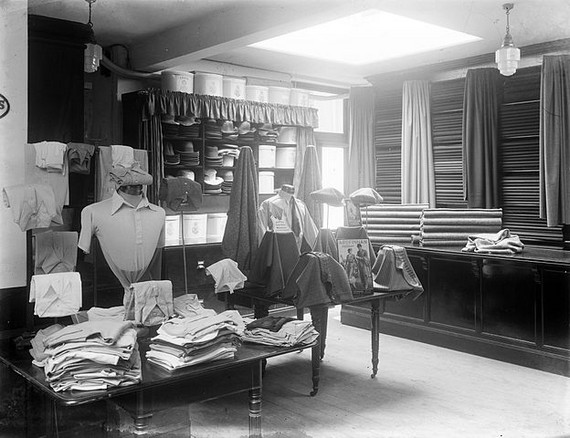 These casual shirts were worn for day wear, evening wear and everything else during the summer months, usually untucked and without neckties or other accessories.

Collared dress shirts continued to be the item of choice for 40s fashion men with their navy blue slim fit double breasted suits, finished off with a contrasting pocket square.

Dress shirts were worn with suits or on their own with dress pants. They usually had large pointed collars and in addition to the traditional white, were also worn in other solids and prints, even stripes and spots! 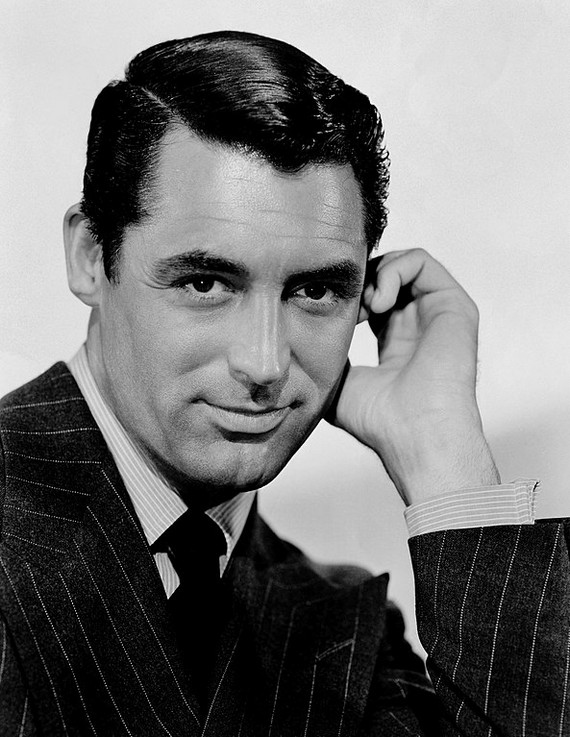 The 40s fashion men favourite in suiting was the classic navy blue suit in heritage fabrications like worsted wool.

Synthetic fabrications were invented during these times and became another popular choice for the navy blue suit, in rayon or rayon blends.

The double breasted jacket symbolized freedom from the war time fabric restrictions and showed that 40s fashion men were fashion-forward in their sartorial choices.

These double breasted suits were worn in heritage fabrics and prints like wool, tweed and worsted wool and in Hounds Tooth, Prince of Wales check, pinstripes or stripes. 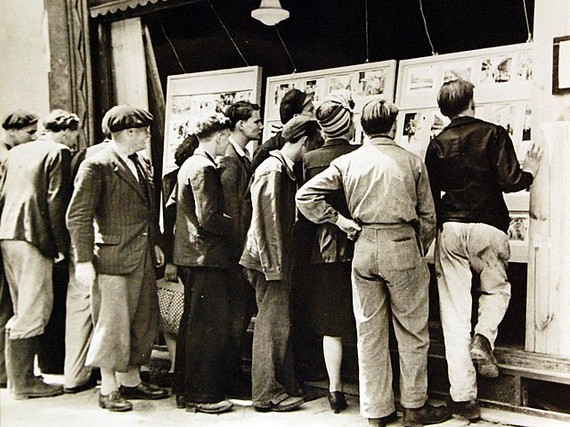 Trousers worn with suits had no pleats or just a single pleat. They were worn high-waisted and with wide legs and cuffed hems when war time fabric quantity restrictions were lifted.

Causal trousers were cut closer to the body and worn in a variety of rugged and sturdy fabrics like cotton, twill or denim. 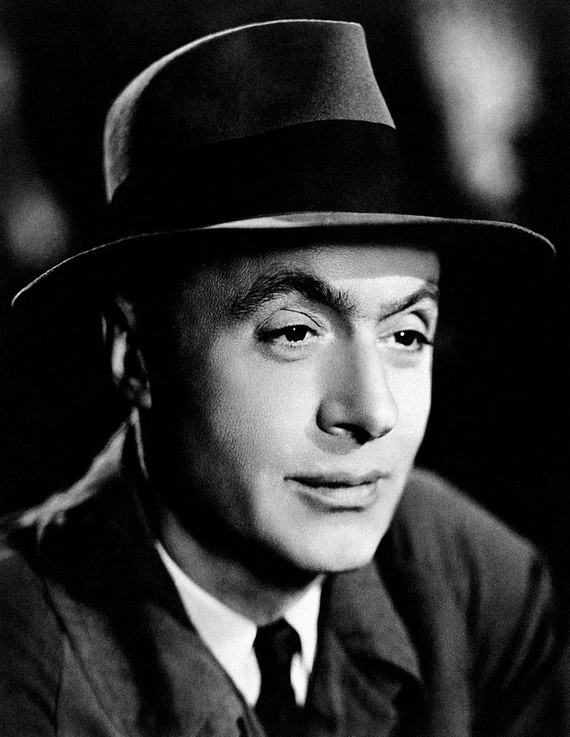 The fedora hat and the pocket square added that final touch of panache to the formal slim fit or double breasted suit.

Belts had replaced suspenders and were traditionally worn in brown or black leather with small metal buckles.

Men’s suiting would not be complete without the ubiquitous pocket square, in either classic timeless prints and colours, or more adventurous paisley, printed or brightly coloured options.

The 40s fashion style men’s pocket square was just for show, not to be used for any practical purpose!

And finally, Men’s fashion men opted for dress clothing shoes to finish the look, selecting oxfords and brogues as their most popular choices, typically in black or dark brown leather. 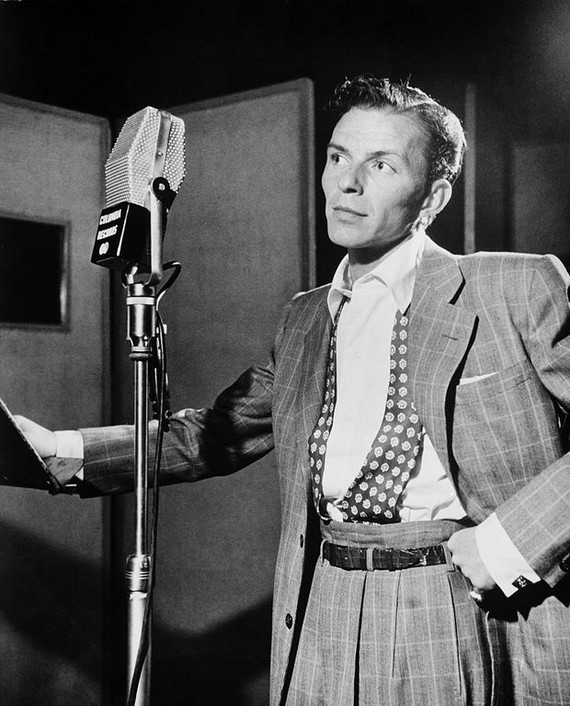 The Zoot Suit, as it was known, was a symbol of 40s fashion men who were rebels against tradition.

The suit was styled with a long and loose fitting jacket with broad lapels, exaggerated shoulders and very baggy pants worn high up on the waist and held up with suspenders.

Men in 40s fashion wore knit sport shirts with a slim fit, ribbed hemline and short sleeves on their days off.

The knit sport shirt was worn both tucked in and untucked, in solid colours or stripes. These shirts were collarless with high necks or small V necks.

These casual shirts had two chest pockets with flaps and were usually in pale, cool colours or simple prints like windowpane checks or broad stripes.