British fashion in the 1940s was dominated by the second world war and its restrictions. Fashion in film was radically affected. For the British, the war lasted from 1939-1945, and America became officially involved at the end of 1941. Its aftermath was felt by both countries until the end of the decade.

However, the war did not stop films from being made in either country. Hundreds of films were released in the 1940s, across all genres which both acknowledged the current situation or completely ignored it, choosing to give people escapism instead.

Fashion in film and clothes rationing 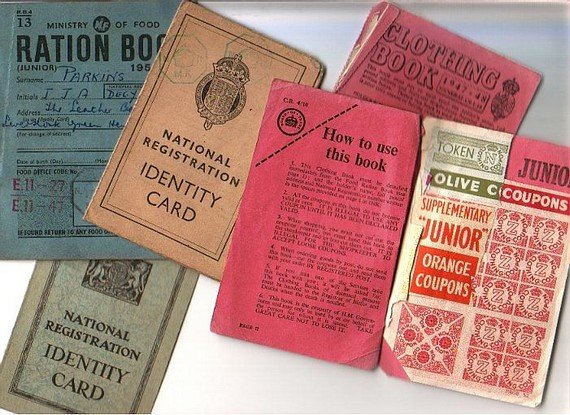 The wartime British government quickly limited the amount of fabric a garment could use, and how many clothes could be bought by each person. The USA, too, had its own form of rationing.

The “L-85 directive” of 1942 drastically circumscribed the amount of fabric that could be used in clothes making – and that included Hollywood costumes. Hollywood was already struggling because a lot of its finest fabrics – the heavy silks and glamorous glitter cloths – came from France which was now occupied by the Germans and therefore prevented from exporting them.

Make Do and Mend, Hollywood Style

Hollywood costume designers had always, behind the scenes, had a bit of a “make do and mend” thing going on, changing the collar on a dress for another film, re-dying items, or refitting an expensive gown that a star had worn on one film to the second lead on a different movie. But now they had to make these fabric saving alterations out of necessity.

The austerity campaign in Tinseltown was meant to set an example to women – even the Hollywood stars are doing their patriotic duty! But at the same time women went to the pictures to forget about their troubles, so costumes still had to be glamorous and not obviously affected by the restrictions. Costume designers used their ingenuity to make fashion in film outfits look just as sumptuous as before. They used gold paint instead of cloth of gold, synthetic fabrics, and ensured that the stars were artfully lit to hide the finer details.

Fashion in film – A Patriotic Duty

The Home Front is Relying on YOU!

She told women that silk and imported furs were totally out of fashion, whereas cotton and synthetic silk were in. She said that double duty clothes, such as reversible jackets and changeable linings were the very latest thing. In 1944, Edith lectured: “Remember there isn’t anyone who can’t look better. Just because we are at war doesn’t mean we have to go around looking grim and drab. Drabness has no place in our modern life, in our national scene. Taking the time and trouble to choose the right clothes and have them fitted properly to your figure is vital not only to your personal improvement but to improvement in home front morale.”

Fashion in film -Jewels and Mink

But by1944 Hollywood itself was ignoring its patriotic duty to be sparing with materials, opting for pure escapism instead – Lady in the Dark starred Ginger Rogers as a fashion magazine director wearing, in one scene, a jewel encrusted leotard with a matching skirt which was real mink fur on the outside, and opened to reveal its jewelled lining. The skirt was so weighty when it was first made that Ginger could hardly walk, let alone dance in it, and had to ask for some of the gemss to be removed. The film cost two million dollars to make, much of which was from the unstinting costume budget.

But in the real world, there was no fabric for outrageous outfits and new clothes were hard to come by. Even if a woman wanted to copy a Hollywood fashion in film dress as she might have done in the past, she would find it hard.

What she could do was to imitate hairstyles and makeup – and blonde film star Veronica Lake’s was one of the most desired. Veronica had a seductive sweep of hair over one eye, in what was known as the Peekaboo style. In fact this long, loose style, great in a film, was highly impractical. After several factory accidents involving long hair caught in machinery, Veronica was asked to choose a different signature look. She styled her hair completely away from her face in what became known as “Victory Rolls” – a hairstyle that was again eagerly taken up on both sides of the pond and is closely associated with war time styles today.

Although the style was very neat, the UK government still wanted to encourage shorter hair. This was even safer, and would take less time and resources for women to wash and manage. The British actress Deborah Kerr was among others who willingly had their hair cut and posed in pictures in movie magazines promoting the new short, curled styles of fashion in film . The strategy was effective.

After the war was over Hollywood had a different problem. The fashion had been for slim skirts which characters on film were duly dressed in, but in 1947 Paris presented a radically different shape – the neo-Victorian full skirt and tiny waist, dubbed the New Look.

Because films could take a while to come out, those pencil skirts that characters were dressed in looked sadly out of date when they appeared on the screen where the audience expected to see stars dressed in something new.

Hollywood learned to present moderate versions of fashion in film, not completely up to date – if skirts that year were full, skirts on film would be slightly puffed – if fashion was talking knee length, up from mid calf, Hollywood’s skirts would be somewhere in between.

Costume designers also realised that for many women, despite the touted and torturously corseted high fashion New Look there would be no going back from the comfortable styles they had worn in the war. Trousers and looser, more practical shapes were en vogue for the populace. Film followed street style as women in the movies now regularly appeared in slacks.

Scene from The Gang’s All Here

The Gang’s All Here was one of Carmen Miranda’s most famous films. A lavish musical production, it featured the song “The Lady in the Tutti Frutti Hat” – you’ll know the costume, featuring a turban piled high with fruit, if you don’t know the song. Miranda’s exaggerated “Latin” image, which she originated herself although Hollywood designers Travis Banton and Yvonne Wood refined and developed, launched a number of colourful fashions at the time, such as wedge shoes, turbans and fun fruit themed prints. Elements of the style come around all the time for summer dressing.

Fashion in film – The Big Sleep

The Big Sleep was a different proposition entirely. It starred Humphrey Bogart and Lauren Bacall in what was to come to be known as Film Noir. Bacall was a classic Femme Fatale, or “Vamp” character, but as the studios noted: “Miss Bacall doesn’t need a filmy negligee or a jewelled tiara to be the screen’s leading vampire of today. She just needs a look. And that she’s got.” Her square shouldered houndstooth suit and particularly her trench coat worn with sultry red lips are a recurring staple of fashion collections, influencing particularly Yves Saint Laurent in the 1970s, and John Galliano and Alexander McQueen more recently.

Gilda was made in the same year. It starred Rita Hayworth as another kind of Femme Fatale – one in a sexy, slinky dress. Gilda was Hayworth’s signature role, and her long black strapless evening gown, moulded to her form, slit to the thigh and worn with long black evening gloves is legendary. It has inspired a million versions and copies, particularly in the 1980s, and the black strapless column gown remains a reliable red carpet winner.

In The Killers, again made in 1946, Ava Gardner, another Femme Fatale, wows in a very similar form fitting black dress. This too is heavy satin and floor length, ruched at the bodice and with a single diagonal strap over the shoulders.

The Red Shoes starred Moira Shearer in a very popular ballet film. Central to the story are the red ballet shoes of the title, which, in the story within the story based on Hans Christian Anderson’s fairy tale, are worn by a young women who dances herself to death. Shearer’s character, playing the part of the young woman, also dies whilst wearing her red shoes. Ballet shoes were very much in fashion in the Fifties, and have made regular revivals, particularly at Chanel and Lanvin. 1940s fashion in film has not waned in popularity.

Lady in the Dark

Poster for The Big Sleep.