Veronica Lake born Constance Ockelman, was as famous for her hair as she was for her films. Although she made a collection of memorable feature films, her success was short lived. Her life would end in poverty, alcoholism, and mental illness, but her reputation in film noir and her role as THE femme fatale would be remembered long after she’d gone – and that hair was copied by millions of women the world over.

Veronica Lake’s hair was a long mane of golden waves that had been teased into perfect shape, sitting immaculately on her shoulders. Her hair was side parted and obscured one eye, giving her a certain mystique that helped seal her reputation as a femme fatale.

Glacial beauty and an attitude

Veronica Lake’s cool beauty was so admired, songs were written for her including “The Girl I love to Leave Behind in 1943 and she became a firm favourite with GIs during the Second World War as a pin up alongside Bette Grable, Rita Hayworth and many other film stars of the forties. 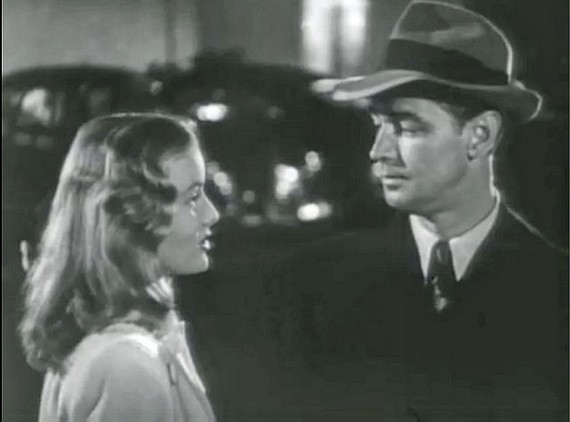 Veronica Lake’s films included both comedies and film noir, and seven of them were made with Alan Ladd, who came in at a diminutive 5’ 5.” This was a perfect partnership as Veronica herself came in even smaller at 4’ 11,” it was the only time when Alan Ladd didn’t have to climb on a box to kiss his leading lady.

Their most famous film together was The Blue Dahlia in 1946, and out of the seven films another firm favourite and a success with audiences was This Gun for Hire back in 1942.

The trials and tribulations of that peek a boo hair

During the Second World War, Veronica Lake’s hair was so popular that she was asked to change her hairstyle because women were getting their hair caught up in machinery in an attempt to emulate her style.

It was argued that this was the beginning of a downward spiral in Veronica Lake’s career, but it was more than likely her erratic behaviour and heavy drinking that was the cause.

Veronica Lake – Difficult to work with

Co-stars weren’t generous in their description of Veronica Lake and some refused even to mention her in interviews, as her behaviour became more and more difficult to tolerate. Eventually, after being dropped by Paramount and spending a short period with Fox, before being dropped again, Lake faded into obscurity.

Many years later Veronica Lakewas discovered working as a waitress, and this discovery would lead to a brief return to her career which saw moderate success.

Although no longer with us, Veronica Lake is not forgotten and neither is her style. It was so unforgettable it was used as a template for Jessica Rabbit and Kim Basinger’s role as a prostitute in LA Confidential.

The Veronica Lake hairstyle definitely takes centre stage, with dresses that have little or no embellishments. There can be sequins, and they’re always figure hugging with subtle cleavage. Lots of black, sequins and lace and some red too, scarlet with discreet accessories. Emphasis is on immaculate make-up and hair, the clothes are secondary, you don’t want to draw attention away from it with gawdy clothes. Dresses are usually v necked and tight over the chest, with halter necks and long sleeves. Strapless dresses with bandeau tops were popular too, giving a perfect sculpture to the upper body. 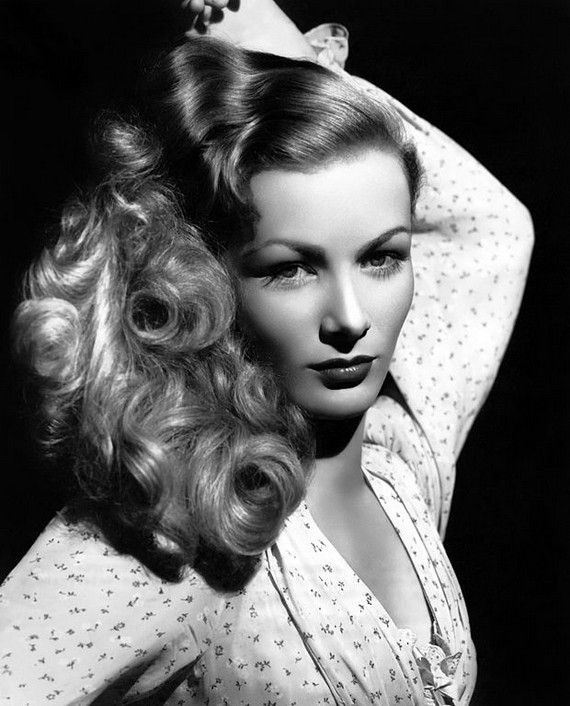 Veronica Lake never wore anything revealing, her clothes always covered her, leaving it all to the imagination. Some red lips and heels are de rigeur with perfectly manicured nails to complete the look. That’s the mystique of the Lake style, plenty of attitude and an invitation to find out more – but only if she likes you.