Jackie Kennedy appeared to have it all: looks, style and a post as the first lady. Until she fell victim of the so-called ‘Kennedy curse’. The Kennedy’s have become mythologized into popular culture and Jackie Kennedy still remains the epitome of all things stylish and elegant due to her signature looks from the 1960s. Her outfits were copied time and time again and influenced many in the western world. So why is it that a woman who was won the ‘internationally best dressed’ list of the hall of fame in 1965 continues to inspire and influence today?

Jackie Kennedy – a moment in time

The moment that Kennedy’s assassination was caught on camera sent the world’s press into frenzy. The scene of that day was frozen in time and remains a figure in people’s minds even today. As the components came together to make up the well-known sequence of events, Jackie‘s pink suit and pillbox hat took on a garish quality. She still looks effortless of course but her famous pink Chanel suit was to become an enduring symbol of her husband’s assassination and one of the recurring images of the 1960s. Her dignity and strength only added to her appeal.

The Kennedy’s were the youngest couple to be sworn into the White House in presidential history. So in the 1960s, meant they spoke to a younger generation, who were becoming more politicized and bored of the stuffy, old school order. They represented money, success and beauty. They seemed to promise a bright new future and confirmed the ideals of the American dream. Whilst she was first lady her clean, sharp suits and knee-length skirts became synonymous with sophistication. Her sleeveless A-line dresses and above the elbow gloves were Audrey Hepburn-esque. Jackie’s low heel pumps and pillbox hats became her signature style and were loved everywhere, copied by clothing manufacturers universally.

As ‘swinging London’ felt like the coolest capital in the world to be in. The fashion conscious took their lead from the first lady. British fashions reflected Jackie’s break in the formal look. As the 1960s progressed and the skirts became shorter and the lines more relaxed, so did Jackie’s. She took inspiration from French designers such as Chanel, Givenchy and Dior. Her effortless chic style meant she was an inspiration for many women around the globe. Her classic bouffant hairstyle and big hair bands mixed little girl innocence with a grown up twist.

After the White House years she ditched the formal suits in favour a more free-spirited look to match the time. Gypsy skirts, silk Hermes scarves and wide-leg trouser suits all became favored. Large, round sunglasses became a signature look and still today are referred to as ‘Jackie O Sunglasses’. She was obviously enjoying her freedom of expression. As she sampled brighter colours and patterns as well as jeans and polo necks in public and symbolizing a new chapter in her life.

Throughout the first lady’s lifetime she collected a wide range of jewellery items. One of the most iconic pieces notably included the triple strand pearl necklace designed by jeweler Kenneth Jay Lane. Another statement piece referred to as the ‘berry brooch’ showcased two strawberries made from rubies and designed by French jeweller Jean Schlumberger for Tiffany & Co. Jackie continued to wear pieces by this popular jeweler and paired these statement pieces with her iconic wardrobe.

TV shows like Mad Men and The Hour have been inspired by Jackie Kennedy’s wardrobe and confirm an interest in all things retro. The Obamas also have some Kennedy like qualities: youth, style and sophistication. Michelle Obama has followed the same sort of lines particularly in the A-line dresses albeit with a modern twist and flare. Recently many films and programmes have been made to commemorate the assassination and celebrate the two protagonists in this story: Jack and Jackie. As they’ve been mythologized in terms of character and style, they have taken on a recognisable status that will remain forever. Many of Jackie’s signature garments have been persevered in the John F. Kennedy Library and Museum as they imprinted the epitome of style for the era.

How to get the Jackie Kennedy look:

Jackie was synonymous with style and will remain an iconic figure in 60s fashion. Take a look at some of the ways to recreate the Jackie Kennedy look with statement fashion items.

Wear an oversized pair of specs:

Come rain or shine, day or night a pair of shades is synonymous with cool. Celebrities pretty much live in shades these days and Jackie Kennedy favored big, dark bug-like shades that covered a multitude of sins. Whether you’re rocking a festival or just walking into town, these are set to change with the trends but will never go out of fashion.

Polo necks are experiencing somewhat of a renaissance at present and are effortlessly chic (Parisians have always thought so and they are usually never wrong). You can wear them to work or on a night out with some skinny jeans/pencil skirt and ankle boots. Mix up the colours if you like but black always looks classy and smart.

The perfect outfit for a day at work – teamed with tights and knee-length boots, it’s smart and functional. Then when the clock strikes five you can dress it up accordingly. Don’t accessorize too much with jewellery as the beauty of this outfit lies in its simplicity – like Jackie Kennedy you will exude effortless elegance. This look is flattering and super simple, perfect for a first lady. 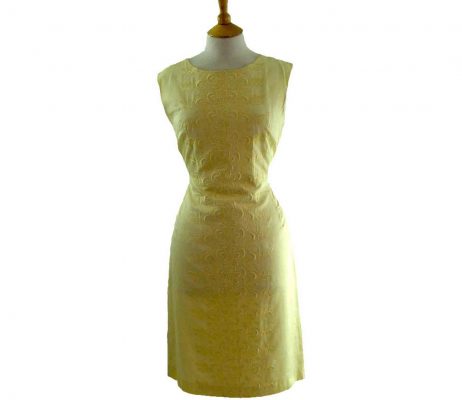 jackie kennedy outside the whitehouse