Bi-racial, bisexual, multi-lingual, a hero of the Italian Resistance, inmate of Ravensbruck concentration camp, spy, art gallerist, and a top model – Toto Koopman (b. 28.10.08 – d. 01.08.91) was intelligent, adventurous, unconventional, brave and beautiful. Many people thought she was wonderful. Many more thought her dissolute and arrogant. Certainly, no-one who met her could ignore her and she made a huge impact on the 20th century.

An inspiration for adventures

Catharina Johanna Anna “Toto” Koopman was born in Java, Indonesia into immense wealth and privilege. Her mother was half Dutch, half of Javanese and Chinese ancestry. Her father, Jan George Koopman, was Dutch and a colonel in the Dutch East Indies army. He was a cavalryman, who was so fond of his horses that he wished to name his daughter after his favourite one – Toto. Unfortunately, the registry of births wouldn’t allow him to and so her official name became Catharina, though she was only ever known as Toto anyway.

Ironically, Toto was scared of horses and didn’t enjoy riding them. When she fell off one and broke her hip as a child her father’s dreams of her becoming a famous horsewoman had to be put away.

The Perils of Pauline poster. Image via Amazon.

What Toto did enjoy was going on her bike with her mother, Catharina Johanna Westrik, to a local lake which was fed by a fierce waterfall. This is where she learned to swim. Her mother also took her to the cinema, where a particular favourite was a weekly serial called “The Perils of Pauline”, starring Pearl White. Pauline was a brave and elegant adventuress. Years later Toto was delighted to meet the actress in person and learn that she had performed many of her own stunts, which resulted in several real-life adventures, including when a hot air balloon carried her off over the Hudson river.

Toto’s parents were both immaculate dressers. Her father was usually dressed in full Colonel’s uniform, with all the requisite braids and medals, and when not on duty it was a spotless white suit with the jacket buttoned to the neck. Her mother dressed in versions of the traditional Javanese outfits, also in pure white.

Toto Koopman, photographed by George Hoyningen-Huene. Image via The Blend Within.

Toto was home schooled until the age of twelve when she went to boarding school in Holland. She became fluent in Dutch, French, English, Italian and German, and also spoke some Turkish. Whilst at boarding school she often spent weekends with a friend of her mother’s, who had daughters her own age. They often travelled to Paris and brought back magazines full of the latest trends. Toto adopted a gamine haircut and flesh coloured stockings, much to the shock and fascination of her staider school friends. After boarding school, she went to a finishing school in England.

At 19, in 1928, Toto hit Paris herself. She had a very striking appearance; tall and slender, with her short dark hair and slightly slanting green eyes. Keen to become financially independent she began modelling immediately, first for fabric catalogues and soon for Vogue. Her family weren’t pleased – the finishing school had meant to equip her for marriage, not the scandalous occupation of a model. In fact, Toto never married at all. In 1930 Toto became a house model for Chanel, and then for Marcel Rochas, Mainbocher, and Madeline Vionnet. She modelled for Chanel for only six months before quitting, and when asked why she said she didn’t like the way that Chanel touched her in fittings. Many have suggested that implied that the couturier tried to seduce the beautiful model, though Toto never confirmed or denied the story. When she modelled for Vionnet, the gowns were so clinging they could not be worn with underwear because it would clearly be seen. However, even pubic hair showed beneath the satin fabric and Toto said she had to dust it and her breasts with talcum powder to prevent static cling.

She was the first bi-racial model to achieve celebrity, and she never hid her origins, often telling colourful tales of her childhood to fascinated friends. She was proud of her Javanese heritage at a time when most tried to hide any non-white ethnic background and in fact exaggerated it. Later, starring in The Private Life of Don Juan Merle Oberon tried to pretend her Indian mother was one of her servants whilst Toto, featuring in the same film, told the press she was half Javanese, when in fact she was a quarter.

Toto Koopman – The muse to many 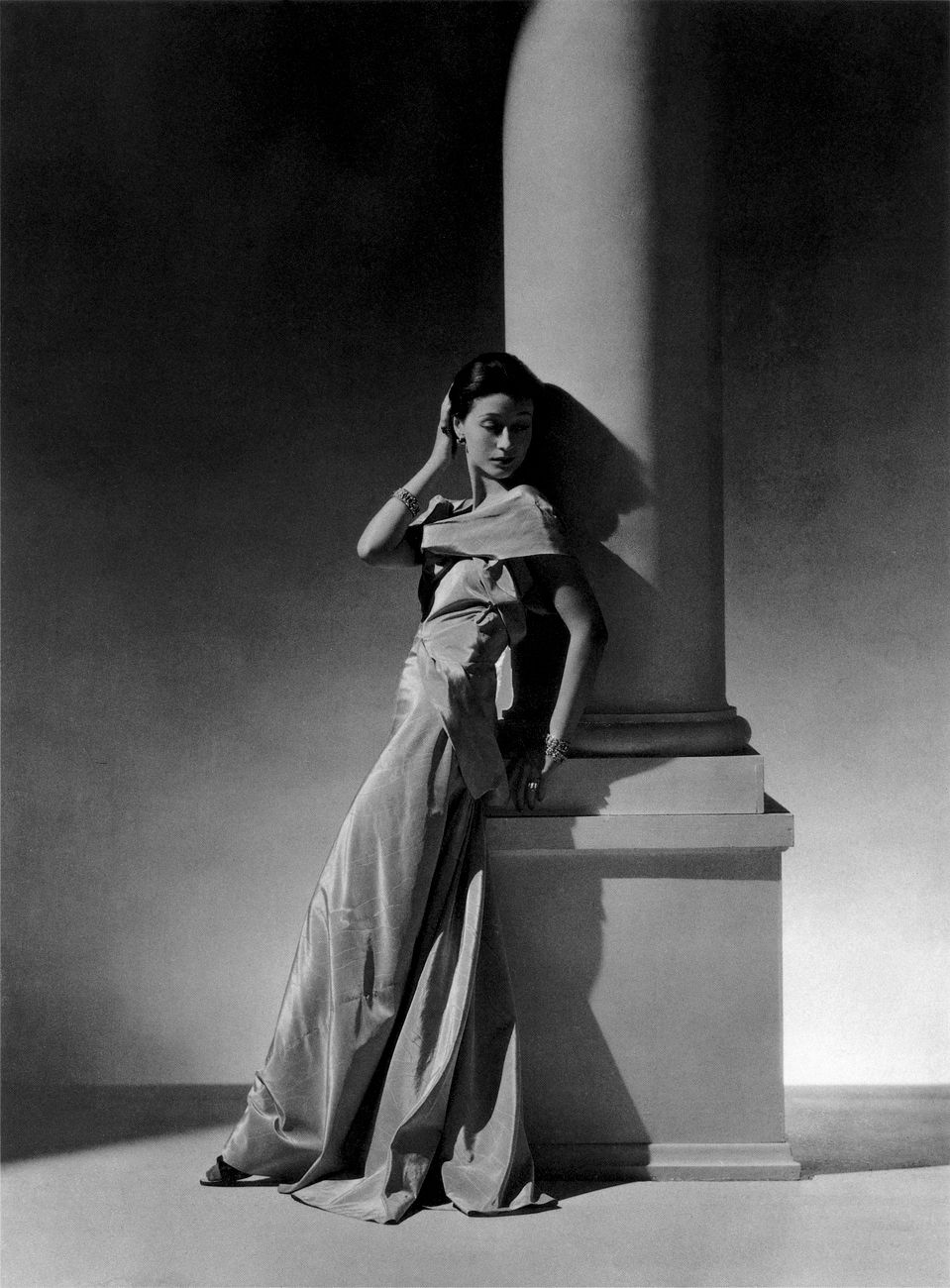 Toto was photographed and illustrated many times in each of the designer’s gowns, many of which were made especially for her. The photographer George Hoyningen-Huene in particular found a muse in her and some of his most famous and celebrated fashion photographs are images of Toto. She was also photographed by Horst P Horst, Cecil Beaton and Edward Steichen.

In addition to posing in their gowns for photographs and illustrations, the couturiers were happy to lend her outfits for her wild night life, in order to represent the house.

The Life and Soul of the Demi-Monde Throughout her life, Toto chose friends who were interesting, artistic, eccentric or moneyed, or often all of these as she herself was. She absolutely loved being as glamorous as possible for night clubs: “It was like another world,” she told the journalist Brigid Keenan in 1976. “People always dressed in the evenings. If you were working like me, you would rush home, bathe, and then dress yourself up – and I really mean dress up… There was always an in place to be seen at. We were all exhibitionists, show offs. One dressed not to please men, but to astound other women.”

The model threw herself into the life of the Paris demi-monde, going out every night. She became the lover of Alexis Mdivani, one of the beautiful and wild Georgian Mdivani clan who were the talk of Paris. Toto and Alexis, who was married to Barbara Hutton, the American heiress had an open relationship, and both partners slept with many other men and women during their time together. Alexis was also rumoured to be having an incestuous relationship with his sister, Roussey. Toto, Alexis and the Mdivani siblings were extremely close until Alexis died in a car accident in 1935. 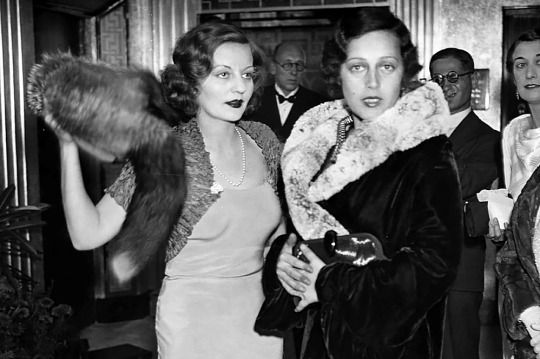 Tallulah Bankhead and Toto Koopman at the premiere of The Private Life of Don Juan. Image via Pinterest.

Rich and famous, the model and her group of friends travelled extensively and it was on one of these holidays that Toto met the Hungarian producer and director Alexander Korda, who cast her as a seductee in 1934’s comedy The Private Life of Don Juan. However, filming wasn’t quite as exciting as Toto had hoped and quite soon she simply walked off set. Her scenes were all cut out of the eventual print, but stills featuring her were still used in promotion and she was interviewed by the press, who predicted a bright future for her in the movies.

It didn’t happen because Toto was so bored by the process, but she did graciously attend the movie’s premiere anyway, with film star Tallulah Bankhead, her current lover, on her arm. It provoked a press scandal and sensation.

Toto’s next lover was the millionaire newspaper magnate William Aitken, Lord Beaverbrook. She never aimed low. There are rumours that the politically powerful Beaverbrook asked the well travelled Toto Koopman to spy for him, and even that she became the lover of Mussolini’s son-in-law, Count Ciano, at his behest. The truth of this is unknown, but what is known is that Toto was actually having an affair with Beaverbrook’s son, Max Aitken, behind his back, as well as with his best friend, Viscount Castlerosse. Max was in love with Toto and proposed marriage. Furious, the press Baron decided to destroy his ex-lover.

However, because she just didn’t care about her reputation, his smear campaigns against her didn’t work. He called her “That Negress” but she only smiled when she heard. He called her a scarlet woman but she probably considered that a compliment. In any case, it all didn’t seem to ruffle her. Many people did shun her, not wanting to get on the wrong side of her powerful aggressor but she had plenty of friends who supported her. Max stood by her and was determined to get married. In a last ditch attempt, Beaverbrook offered Max a large sum to bribe him not to do so. It is reported that Toto told him to take the money, and he did, and they had a wonderful time spending it. Lord Beaverbrook also offered her a lifetime pension in return for the promise not to become his daughter in law. Secretly, she accepted that too. 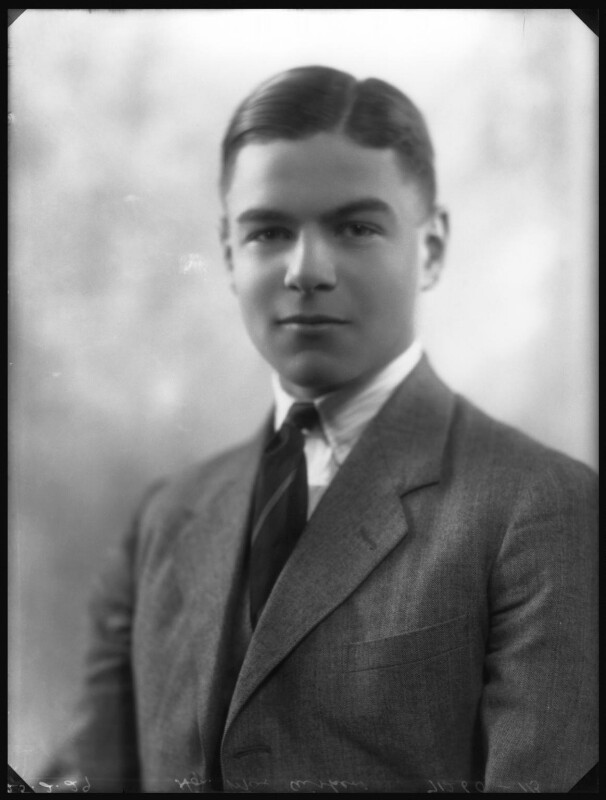 Max Aitken in 1929. Image via the National Portrait Gallery.

Toto and Max didn’t marry, but did live together in a large house in London. London society soon mostly got over the scandal and invited the couple to its soirees. The only rule was that you had to remember not to invite Aitkin Senior and Junior on the same night. Simultaneously as living with Max, Toto started an affair with Randolph Churchill, the son of Winston Churchill.

Toto left Max in 1939, after living together for four years. Despite his promise to his father not to, he still wanted to marry Toto, settle down and have children with her. It wasn’t what she wanted and so they parted amicably.

But Toto’s adventures didn’t end there, not by a long chalk. Read Toto Koopman, Part 2