Giorgio Armani (b 07.11.1934) is the designer to turn to when looking for perfect, understated tailoring. In the label crazed 1980s, an Armani suit was THE symbol of success, and today his name is recognised by, I would venture, most of the Western world, whether they’re into fashion or not.

His sexy and flattering dresses are a regular highlight of the red carpet, with stars like Michelle Pfeiffer, Cate Blanchette and Jodie Foster looking glowing in his slinky ensembles. He has also designed stage costumes for Lady Gaga and Eric Clapton. But his first successes came, not in dresses of red satin or outrageous costumes, but unstructured tailoring in muted shades and natural fabrics.

After working in a menswear department selling suits, Armani noted how uncomfortable they were. Taking a tailoring internship, he experimented with foregoing many of the steps that go into making a traditional man’s jacket – the layers of padding, horsehair stiffening, and interlining that are unseen and mostly unthought about, the trade secrets of hundreds of years of tailoring history.

Instead, he created designs that were light and skimmed the body. He didn’t like the usual colours of navy, charcoal and black either, but lightened the palette, putting men in creams and beiges. Shortly after creating menswear, he put women in the same long-line unstructured jackets.

He was greatly influenced by design from round the world, taking different collar details and fabric ideas, such as suede or natural, textured silk and incorporating them into his aesthetic.

By the Eighties was worn by tastemakers – people like movie producers and advertising executives wore his power suits.

Because what they and the subsequent wearers of Armani realised was that when you put his creations on, you felt powerful and sexy, even if from the outside they seemed almost nondescript.

Giorgio Armani was a war baby but unlike many who lived through the privations of the second world war, he has no appetite for excess. The Italian designer recalls that when his Mama set the Christmas dinner table with both a floral centrepiece and lots of little bud vases, as a child he protested “Either one or the other!” His work is generally created in subtle shades of black, white, cream and griege and the designer himself is invariably photographed in his signature uniform of a tight black t shirt, black trousers, white trainers, permatan and brilliant white grin.

Armani believes his worldwide success rests on the fact that he never had a formal fashion training and therefore doesn’t design according to traditional principles but rather by thinking about people and their lifestyles. He originally started medical training before quitting and going to work in a department store in Milan for eight years. He ranged through roles there, firstly being employed as a photographer, then a window dresser, before finally ending up in Menswear where he wondered why the suits he was selling were all so similar and similarly rigid and uncomfortable?

As a result, at the age of 30 he took an apprenticeship at Cerruti, where he took the opportunity to experiment with the structure of their jackets. He then spent ten years as a very popular freelance designer for different firms before finally setting up his own label at the age of forty-one. Giorgio Armani was set up in 1975 with $10,000 in capital by Armani himself and his life partner, Sergio Galeotti, who gave up his job in an architect’s office to become Armani’s business partner, too.

Starting with menswear, in July of that year Armani unveiled a new look: unstructured suits which draped and flattered the figure without the traditional padding, lining and interlining usually required. Three months later he pulled off the same trick for women. Critics were divided; some loved it and hailed the innovation, whilst many found it deadly boring. This was the 1970s, remember – the age of disco and tight trousers. The cast of Saturday Night Fever were never going to be seen in slubby linen.

The cast of American Gigolo, however, did. When Giorgio Armani was commissioned to design the costumes for the 1979 hit, his star rose stratospherically. This was when he became a household name. By today, in 2018, Armani has costumes for more than a hundred films.

And a team kit he designed. Image via Wikimedia Commons

In his time, Armani has kept himself in the news and at the top of a multi-billion dollar fashion empire (with an annual turnover of $1.6 billion by 2001 and a personal fortune of $8.1 billion as of 2017) by having many irons in many fires. He has endorsed Italian chocolate, has his own flower line, a café and restaurant, financed art exhibitions dedicated to Italian Renaissance artists, supported charities, and opened his own hotels in Dubai and Milan as well as a €50 million Armani exhibition space and headquarters in Milan.

He has also designed costumes for bullfighters and uniforms for Australian rugby players: “My friend Russell Crowe does not call often and when he does, it is usually about something very important. ‘Hi Giorgio, I need an outfit for the Academy Awards, what do you suggest?’ Or, ‘hey I’m getting married, what should I wear?’ Or, in this case, ‘I’ve bought a share in the Rabbitohs and they are going back to the top of the premiership, would you help to design a special outfit for them?’” as he explained. 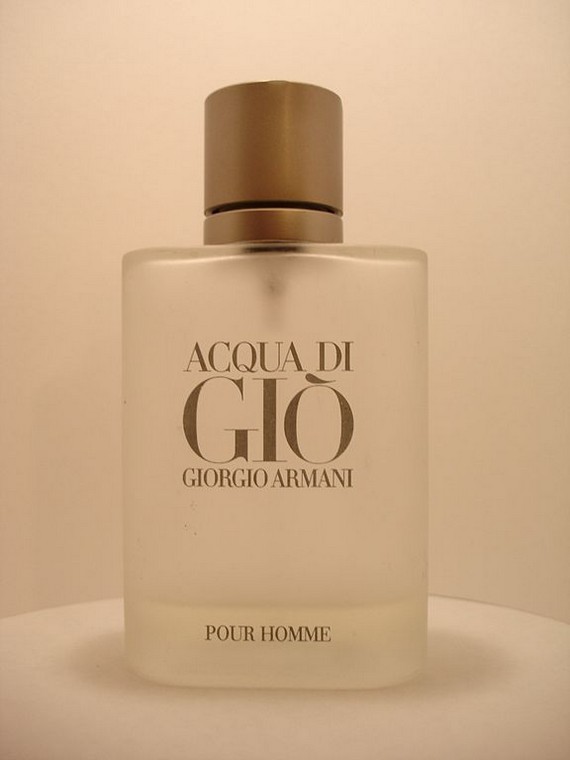 Giorgio Armani also has a very successful fragrance and cosmetics line, on top of the usual assortment of sunglasses, watches, home ware, lighting and textiles.

He also has a number of different labels, the key two being Giorgio Armani and Emporio Armani.