The self-taught fashion designer Azzedine Alaïa has recently passed away, aged, glamorously enough anything between 77 and 82. Nobody seems to know for sure.

Azzedine Alaia was known in the 1980s as “The King of Cling” because his clothes were as tight as swimsuits. This was because they were actually made of shiny lycra swimsuit material. Like Chanel before him, who shockingly made clothes from humble underwear material – plain cotton jersey – his clothes were initially shocking for their fabric, which, although very useful in swimming pools wasn’t considered the stuff of haute couture.

Back in the 80s, swimsuits lacked the structural fillips of today – the bits that pull you in and push you up didn’t exist, and swimming costumes mostly flattened you out on top and left your undesirable bulges exactly where they were. Azzedine Alaïa did not follow this mould in designing his dresses. This material is tricky to work with in a flattering fashion. It’s flimsy and the shine highlights curves. However, the designer manipulated it in such a way that although it seemed that Tina Turner and other pop stars were revealing all as if on a beach, they were sculpted to perfection with a very carefully considered under-construction, which didn’t show at all.

An Azzedine Alaia exhibition By ellenm1 [CC BY 2.0 (https://creativecommons.org/licenses/by/2.0)], via Wikimedia Commons

In fact, his designs ushered in the 80s enthusiasm for extremely short, tight dresses. It is said that models loved his work and also loved him, because he truly considered what would make the women look good, feel glorious and be able to move. Many models preferred to be paid in clothes for doing his catwalk shows, and Naomi Campbell became a particular friend as well as muse. He was the first to book her for a catwalk show.

Azzedine Alaïa was born in Tunis. His birthday was definitely 26 February, but the year? It could have been 1935, 1939 or 1940. Other creative fact tweaking came when he told interviewers with a straight face that his mother had been a Swedish model and his father was Spanish. It should be noted Alaïa was extremely short (about five foot tall), dark, and, although charming, couldn’t be called beautiful by any stretch. If his mother was a Swedish model, her genes never quite made it through. In fact both parents were Tunisian Arabs.

They separated when he was young and his maternal grandparents largely brought him and his sister up. As a boy he was fascinated with the cast-off French fashion catalogues of a family friend kindly passed along to him, and he was also an avid cinema-goer and later drew inspiration from the cabaret scene of Tunis.

When he was 15, Azzedine Alaïa enrolled at the Ecole des Beaux-Arts in Tunis. He wanted to become a sculptor, but he didn’t have an affinity for the subject and turned full-time to fashion instead. He was already sewing, making dresses from patterns which he sold for small sums. He now taught himself pattern cutting, copying Parisian fashions for the great and good of Tunisian society. His family were well off and so making connections like this through introductions wasn’t hard.

When he was 17 a further glamorous introduction was made. On the basis of his self-taught intensive apprenticeship and a family friend, Alaïa secured a place in the atelier of Christian Dior in Paris. However, this heady position only lasted for five days, not because his work wasn’t good enough but because his papers weren’t quite in order. Normally such slight mistakes would be overlooked, but due to resentments stemming from the Algerian war which was then at his height, he was unceremoniously chucked out of the country.

However, he was undeterred and, fixing his immigration status, went on to work for Guy Laroche for two seasons.

After that, he went his own charming way. He particularly liked older, rich, glamorous women and formed deep platonic friendships with them, living with and making clothes for several French Grande Dammes for the ensuing two decades. 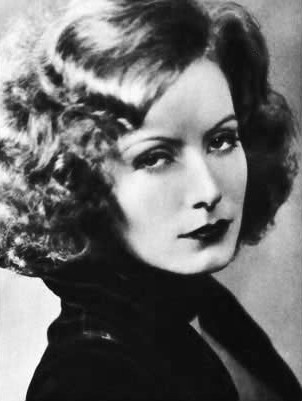 His first great friend was Louise de Vilmorin, the writer and high society belle. By now it was the 1950s and she needed many outfits, including day dresses, suits, dinner, evening and ball dresses. Alaïa provided all of these for her, and she introduced him to her delighted friends, many of whom became patrons and provided him with more than pocket-money. These friends included the heiress Cecile de Rothschild, the actress Arletty, and also Greta Garbo.

So Alaïa developed his skills in many different aspects of made to measure couture. One thing that designers often reflect really jolted their way of thinking and brought them very new ideas about how to dress new, active women, however, is working for dance and theatre. This happened to Donna Karan, and to Bonnie Cashin too. In the 1970s, this happened to Azzedine Alaïa.

His skills were known within the fashion industry, though he hadn’t a name with the genral public. As such, he was commissioned to design work in other designer’s names. Thierry Mugler was asked to create costumes for the showgirls of the prestigious Crazy Horse Caberet, and he passed the work on to Alaïa. “I learned a lot from them,” Alaïa later reflected. “The clothes needed to stay precisely in place, but come off quickly.”

Influenced by this cabaret style, Alaïa’s own style became more daring, and when he lent a stylist for French Elle a leather skirt and matching studded leather gloves his name really took off. This overtly sexy style shocked and delighted the fashion world, unusual as it was at the very beginning of the eighties.

Bergdorf Goodman immediately invited him to show a collection in its prestigious department store – but in fact Azzedine Alaïa had only ten samples to his name. Trying to put them off he began to make outrageous demands – his small dog must accompany him to the show, flying first class, naturally. They graciously accommodated his whims, the show went on, and was a smash hit.

Alaïa continued to be an eccentric in the fashion world. His collections, once ordered, were often delivered months late and he never advertised. Rather than courting Anna Wintour, who holds so much influence over a designer’s career, he actually fell out with her, and loudly accused both Herve Leger and Karl Lagerfeld of copying his body conscious styles.

Maybe because of this, maybe because of the recession of the early nineties that called for a very different style that he never adapted to, with longer, looser, less fun-loving styles feeling more appropriate for the climate, Azzedine Alaïa’s star fell suddenly.

He claimed not to care, and quit catwalk shows and his wider business to design the clothes he really loved for just a few loyal clients.

In 2001 a small retrospective of his work was held at the Guggenheim, New York. His genius was re-discovered, and Prada offered him an investment he couldn’t refuse. He hired many of Yves Saint Laurent’s studio and sewing staff upon the great couturier’s retirement, and in 2003 gave his first show in over a decade to appreciative reviews. In 2007 he was able to buy back his business from Prada. A further investor allowed him to continue his business at his own pace.

He was named Chevalier de la Légion d’honneur in 2008. Madonna, Lady Gaga, Victoria Beckham and Michelle Obama have been regularly photographed in his work.