It’s been worn by everyone from Meghan Markle to Margaret Thatcher. It’s sleek, simple, and undeniably chic. Need we say more? Women around the world are sporting the white pussy bow blouse as a staple of femininity mixed with masculinity.

Back in the day, it was the perfect dress choice for women who wanted to be taken seriously in a man’s world without giving up their feminine touch. We’re here to explain a bit about the history of the iconic piece, along with tips for how to rock this look all on your own. 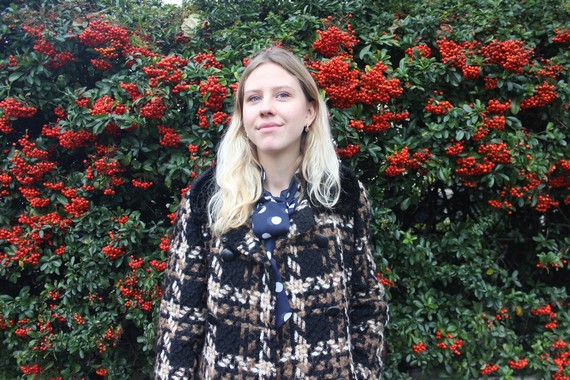 What are the Origins of the Pussy Bow?

Getting its name in the 20th century when the St. Petersburg Times showed off a convertible collar that could be worn as a ‘pussy cat bow’, deriving the name from bows tied around the necks of kittens at the time. By the 1960s, the pussy bow, sometimes known as a neck tie, was a staple in the western fashion world.

But it wasn’t just worn by women looking to make a power move in a male-dominated society. It was also worn by men themselves, case-in-point being Jack Lemmon in the 1958 film, Cowboy. Lemmon sported a pussy bow neck tie as a clothing accessory in the film, and the look continues to garner a western feel when worn with a cowboy hat and a belt buckle. 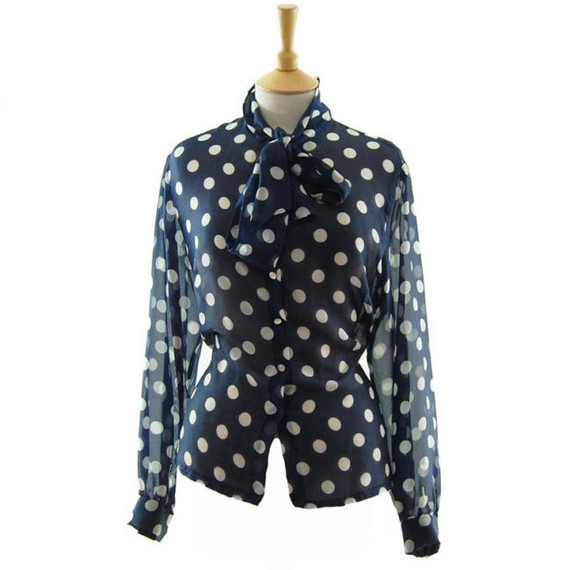 Because women had largely been absent from the workforce in previous decades, they didn’t have any prime examples to look at for how to dress in the office. As the opportunities for women continued to grow into the 1960s and 1970’s, the pussy bow look made for an established look to turn to that was proven to work well in a male-dominated workforce.

When Margaret Thatcher became the first female Prime Minister in the UK during the 1980s, all eyes were on her outfit choices and how she would approach life as a female world leader. Margaret Thatcher certainly made the pussy bow a staple of her outfits, commenting that she felt the look was ‘softening’. In the decades that followed, she’s been emulated multiple times by many famous faces, including Michelle Obama. 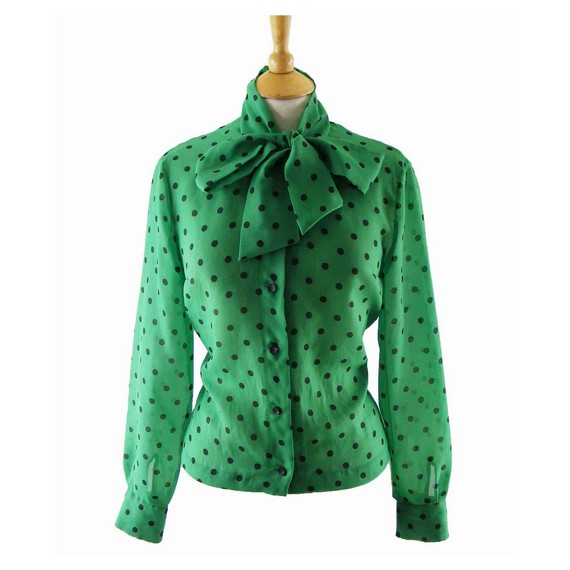 Fashion often collides with politics, as designers pull from political inspiration and politicians pull ideas from the runway. It’s a never-ending cycle! The pussy bow has been at the intersection of politics and fashion for quite some time now, especially as an act of silent protest and a symbol of the resilience of women. 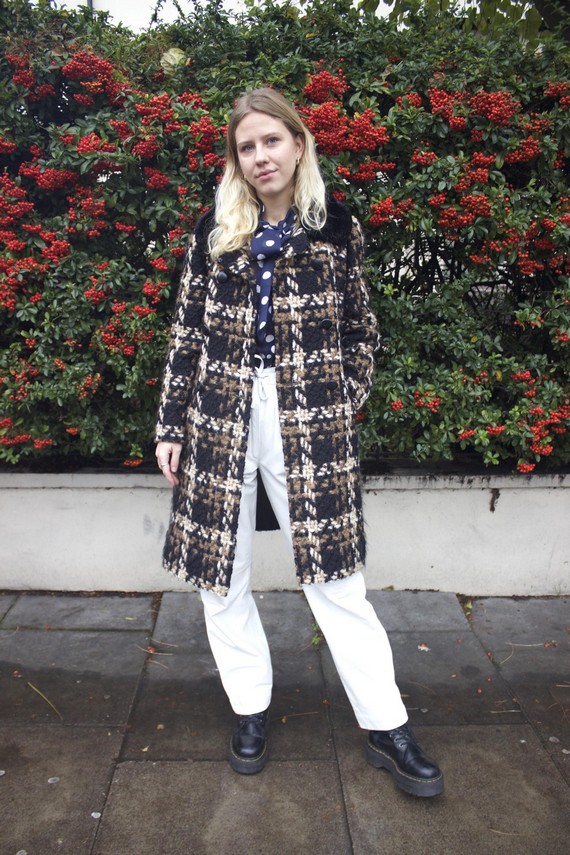 Fast forward to the new millennium, and women around the world are continuing to rock the classic look. In fact, how could anyone forget the classic example of Melania Trump rocking the bright pink Gucci pussy bow look during her husband’s 2016 presidential debate? The move was highly regarded as a statement piece to push back on Donald Trump’s infamous conversations about women and resembled a symbol of feminine solidarity. 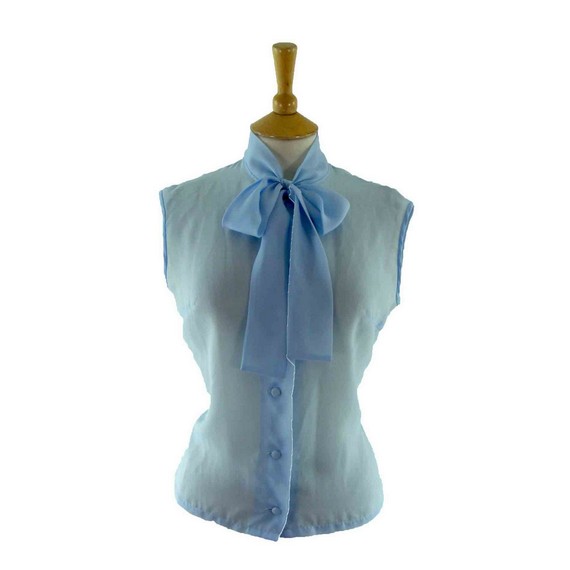 So how can you rock this classic look in your own quirky way?

The pussy bow is typically worn in one of two ways: either tied tight around the neck or falling lower and looser down the neckline. You can mix and match your pussy bow blouse with a variety of pieces, from tight skinny jeans to high-waisted tailored trousers and heels.

The one look to steer away from? Pencil skirts. Often seen as outdated and a throwback to constrictive times, the pencil skirt and pussy bow look might be worth skipping.

Did we mention the pussy bow top is in no way reserved only for women? Men from all over have adopted the pussy bow look as a push back on the traditional idea of masculinity, including musicians like Harry Styles and designers like Saint Laurent, who filled the catwalk in NYFW with the androgenous pussy bow look. 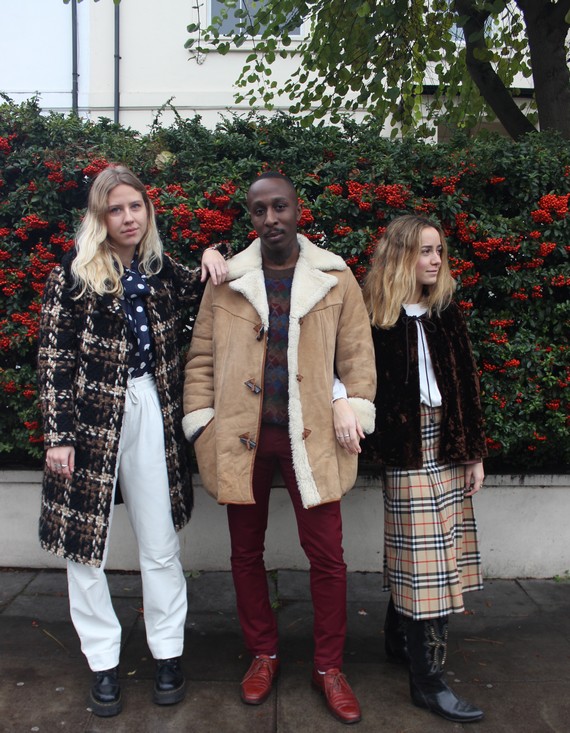 Our model, Alex, is a huge fan of the classic pussy bow look. She teamed her blue and white polka dot pussy bow tie neck with a brown and black checkered knee-length winter coat and high waisted white trousers. Completing the look with black combat boots, Alex made the look her own, tapping into shades of masculinity.

We love that she took on the versatility of the blouse and how well it works with more androgynous pieces. Alex could wear this look to a variety of places, from the cinema to dinner, even as a casual workplace outfit. The top brings an undeniable elegance and sophistication to her look, while the white trousers and black combat boots complete the look by bringing a sense of casualness and trendiness. 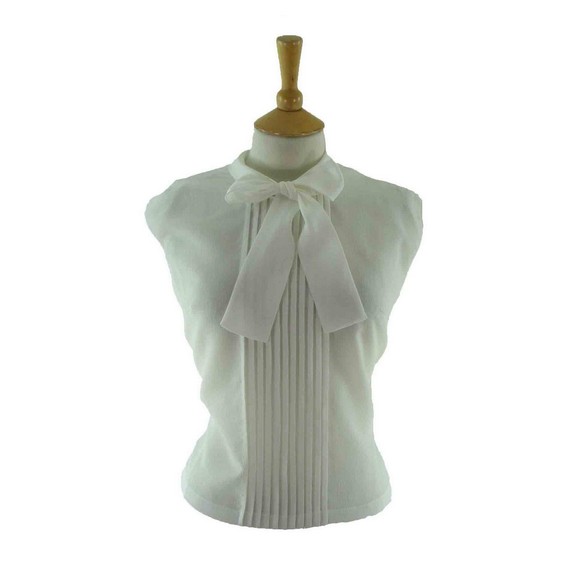 Once you invest in the perfect white pussy bow blouse, you can style it to your heart’s desire, and truly make it your own each time you wear it. People might make the mistake of associating the blouse with the classic ‘secretary look’, as American Apparel did, but that is not the vision in 2020. 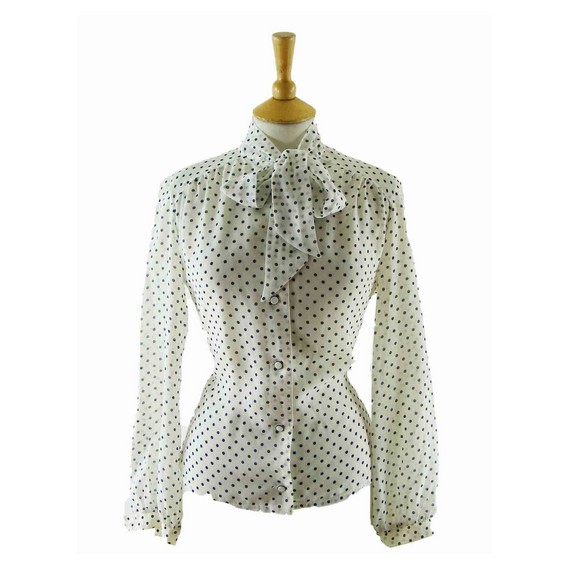 It’s one thing to rock the pussy bow look, but you still need to learn the basics to achieve the best result. For instance, what is the best way to tie your pussy bow blouse? The classic look is actually easier to achieve than you may think.

All you need to do is tie your pussy bow ribbons as if you were tying your shoe. You can adjust the tightness of the ribbons depending on how you’re looking to wear your pussy bow, and you can also adjust the position of the bow if you’d like to rock a pussy bow to the side of your blouse, instead of straight on. The great thing about the pussy bow blouse is that it is typically lightweight and silky, meaning you can wear it in the summer without worrying about sweating. 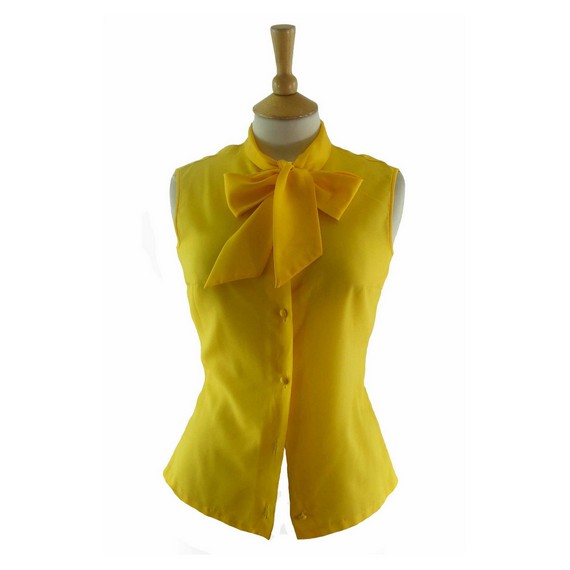 Ready to get shopping for your purrr-fect white pussy bow blouse?

Check out Blue 17 Vintage online for plenty of 1950s and 1960s blouses and tops. Just remember to wear your vintage pussy bow blouse with confidence!

A rainbow of 90s tops and vintage blouses await you at our store!