Suzy Parker, born Cecilia Ann Renee Parker in 1932 was an American model, the younger sister of superstar model Dorian Leigh. She was a favourite of Richard Avedon and Horst P Horst, and best friends with Coco Chanel.

Her start in modelling came when Dorian was looking to move agencies in 1948. She chose the Eileen Ford Agency, which had then only been established for two years. They were very keen to get Dorian, but the supermodel had a condition. If she came, her little sister, Suzy Parker, came too. There was one problem – Neither Ford or her business partners had met, or even seen a photograph of Suzy. But “Frankly, to get Dorian Leigh I would have taken on Gargantua” remembered Ford.

While Suzy wasn’t Gargantua she was quite a shock to the partners when they met at lunch, first having agreed to take her on no matter what. Dorian Leigh was about 35 years old, with black hair, bright blue eyes, petite with a tiny waist and 5ft 5in. Suzy Parker was 15, with ginger hair, freckles, a larger body shape and a height of 5ft 10in. They could not have been more different. But Suzy was beautiful and was booked right away to appear in front of the cameras. 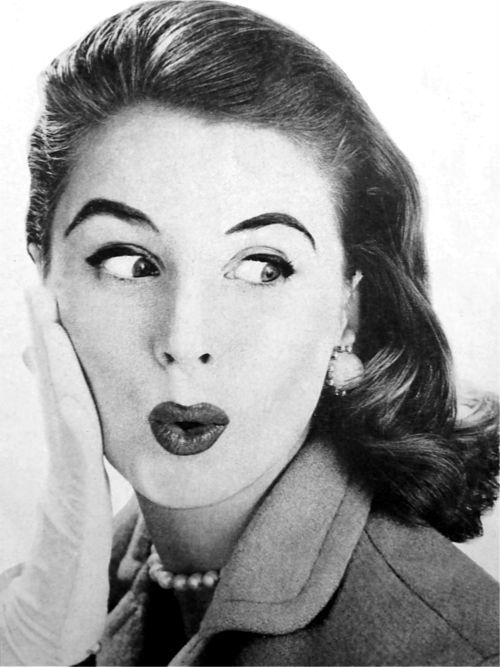 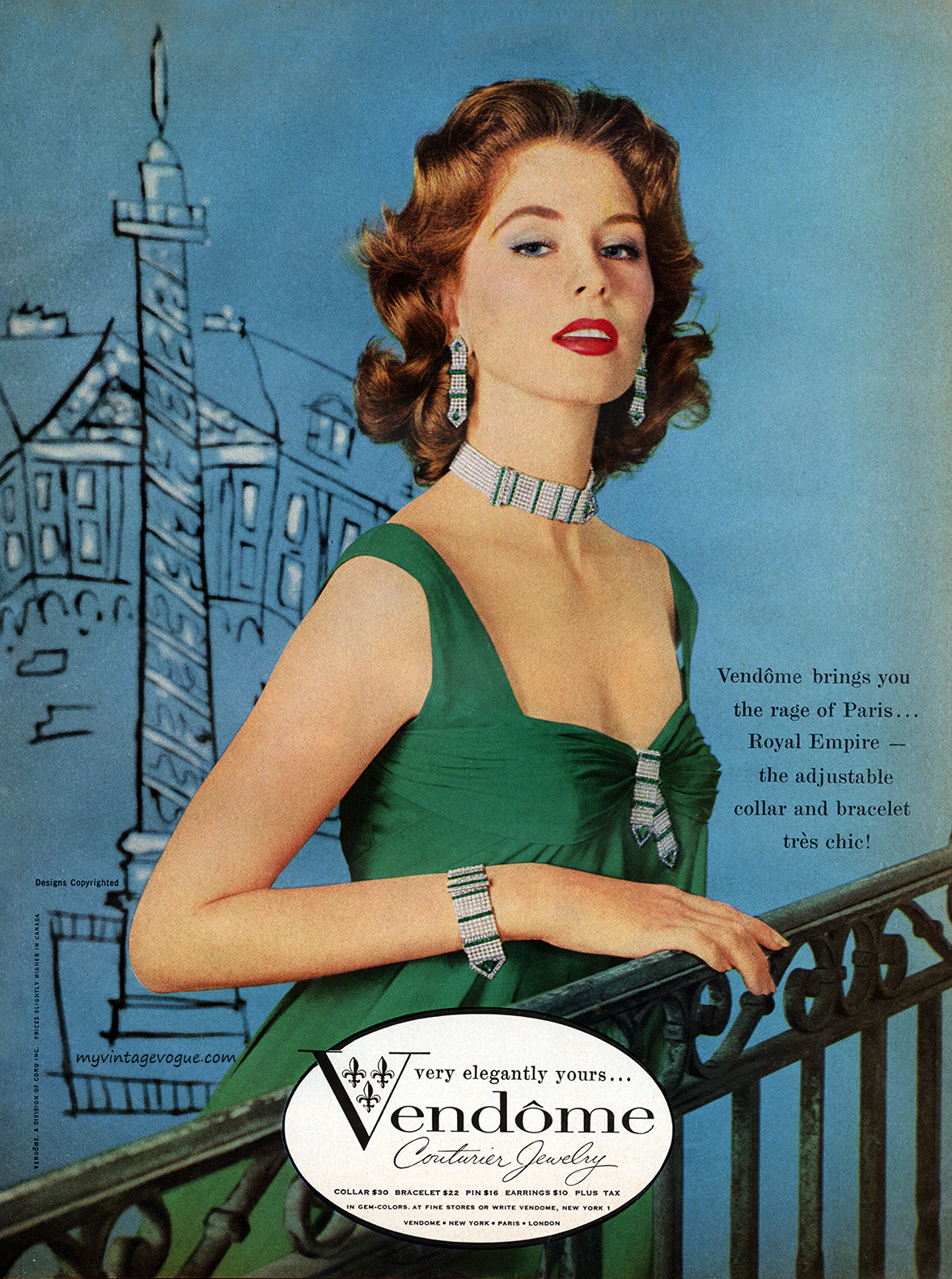 Suzy Parker in an advert, 1958. Image via myvintagevogue. 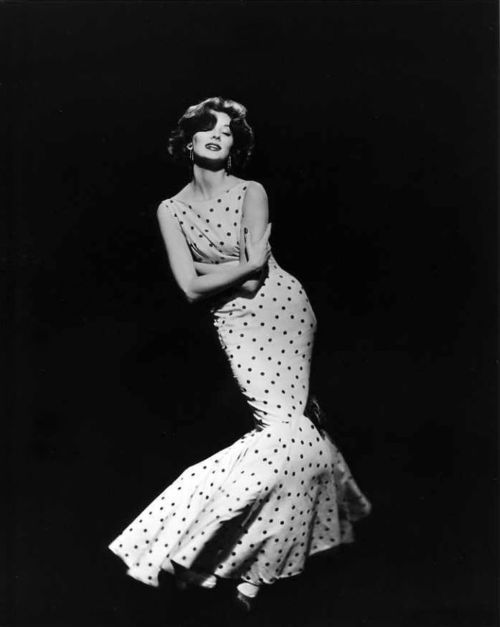 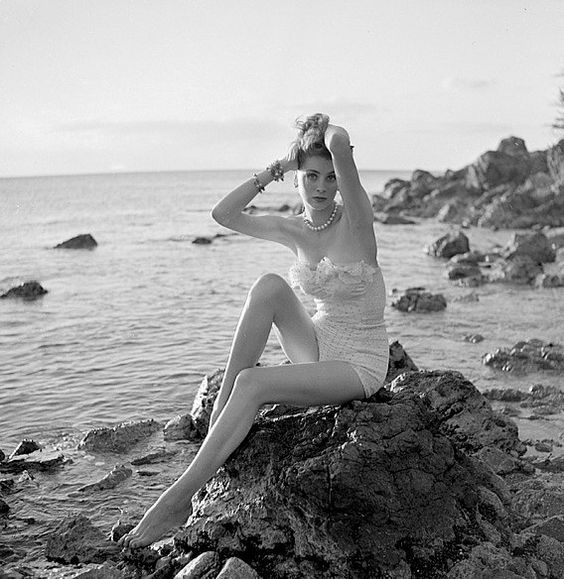 On the beach Image via Wikifeet.

Not that she was good at it straight away. Dorian may have got her a break in modelling but it seems she failed to pass on any of the tips of the trade, since she herself was renowned for her ability to strike the perfect pose and stay still for hours.

Horst P Horst recounts: “The first time I ever photographed her [ Suzy Parker ], she couldn’t keep still – I tried to organise the dress and the lights and the pose and she was all over the place. I just walked out.” A Vogue editor persuaded him to return and after half an hour he did, to find that Suzy had been crying. “[She] was still drying her tears. She looked like a scolded child, put pulled herself together bravely. And that was the start of our great friendship.” Horst often teased Parker, exclaiming as she came in “How well she looks today!” then making it clear that his remark was about his dachshund Mabel.

When Parker started to take jobs in the movies, Horst poisonously remarked “Maybe she’ll do what she never did for me – hold still.” Suzy fell out with him over this and the pair didn’t speak for years.

However, an even better friendship for Suzy was with Richard Avedon. “The only joy I got out of modelling was with Dick”, she told an interviewer. As for him, “I don’t think I can work with someone so beautiful,” he said to Dorian before meeting her. “There may not be enough I can do to create something of my own.” But in any case, the pair went on location in Paris together in 1948 and created a set of photographs that wowed the fashion world. They were the breakthrough in Suzy’s career and every season she was back to star in modelling stories about the new collections.

In 1953 French Vogue’s pret-a-porter issue bore the cover line of simply “Collections – Suzy Parker!” previously, it was the designer who was important. Now all the fashion world wanted to see was this flaming haired model.

She starred on the cover of dozens of magazines all around the world during the 1950s and featured in many  advertising campaigns. She even took over the role of the Revlon “Fire and Ice” girl from her sister, Dorian. In 1956 she became the first model to earn $100,000 a year – that’s almost a million dollars today. The Beatles even wrote a song about her.

One of the top names in fashion, Coco Chanel, had been out of the limelight for several years when she met Suzy. Her atelier had been closed since the second world war. Suzy persuaded her to open it again, to great success, and the two became very close. Chanel advised Parker on men and on money, and also created bespoke outfits for her.

Suzy tired of modelling before it tired of her. Deciding to go behind the lens for a change, she got an apprenticeship with Henri Cartier-Bresson. However, the master photographer was quiet and grave, whilst Parker was bubbly and effervescent. The lessons didn’t last long. In addition, Parker’s work was disappointing, although she was a member of Magnum Photographers. She went back to what she was good at – modelling.

Suzy Parker in the movies 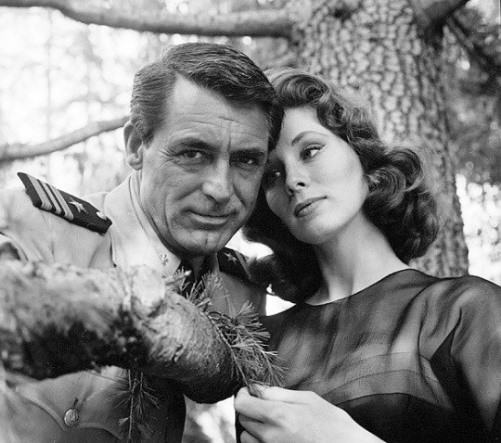 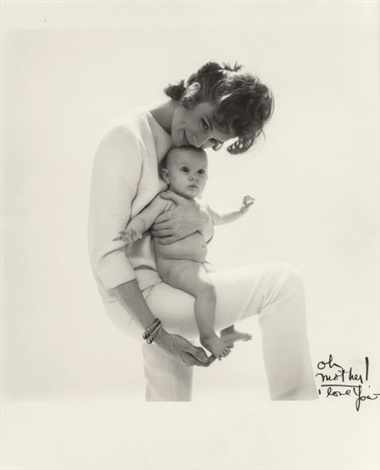 With her daughter. Image by Richard Alvedon, via artnet.

Suzy soon got a chance to try her hand at another different career, however. In 1957 several top models had cameos in Funny Face, and Suzy Parker was one of them. She was good, even if her turn was brief, and the same year she had a bigger part in Kiss Them for Me, starring Cary Grant and Jayne Mansfield. More films followed in quick succession along with television roles and appearances on quiz shows.

In 1960’s Circle of Deception, she starred alongside Bradford Dillman, and in 1963 she married him. Despite her catty comments about her sister’s many liaisons (she labelled her “The Girl Who Had Everyone” in a caustic joke on the title of Dorian’s autobiography, “The Girl Who Had Everything”) she had two previous marriages each lasting around three years, one to a high school sweetheart and one to a journalist. However her marriage to Dillman lasted forty years until her death in 2003.

Fairly soon after this marriage she gave up acting and modelling for motherhood and cordon-bleu cookery. She had one child from a previous marriage, and three more with Dillman, and he had two children from previous marriages too. There was only the occasional “At home” feature on her after that, in which she wore “Easy, unfitted suits with casual throwaway chic, discarding an old Chanel suit as soon as she gets a new one”.