Miss Dior: A Story of Courage and Couture by Justine Picardie – a review

First of all, an apology. This is a fashion blog, but Catherine Dior, the Miss Dior of the title, was not a fashion person. She was a French Resistant, an inmate of Ravensbrück Concentration Camp, and later, a florist. She was also Christian Dior’s beloved sister, and, in her little tiny claim to fame, he may have named his first perfume, Miss Dior, after her. Forgive me for being mislead by the book title.

However, if you want to know something of the situation in war-time and immediately post-war France, you’ll learn a lot from this publication. You’ll learn more than you probably wanted about a concentration camp, and there is some history of Christian Dior himself, too. But in this book, as probably in life, Catherine Dior herself stays in the shadows.

The author, a fashion expert

Justine Picardie, the author of Miss Dior, is the former editor of Harper’s Bazaar. She is still a contributing editor. She was formerly an investigative journalist for the Sunday Times, a columnist for the Telegraph, editor of the Observer Magazine and features director of Vogue. Since then she has written six books. This is her latest.

She also wrote a great biography on Chanel, “Coco Chanel: The Legend and the Life”. Another of her books, “My mother’s Wedding Dress: the life and afterlife of clothes”, is an exploration of personal garments, on the surface very similar to ex-Vogue editor Alexandra Shulman’s book, “Clothes… and other things that matter”, but written in 2013, seven years before Shulman’s. A further book, “If The Spirit Moves You: Life and Love After Death” is about her sister, Ruth, who died of breast cancer at the age of only 33.

With this in mind, it’s not such a great surprise that when she was asked if she’d like to write a new biography of Christian Dior, when she visited his museum situated at his former family home, which had been suggested and endorsed by his sister, Catherine, Picardie started thinking about the sister, not the subject. Catherine well outlived Christian, who died when he was 52, in 1957, while she lived until she was 90, dying in 2008. She guarded his memory and ensured his fame, beyond his perfume and couture label which still survive to this day. 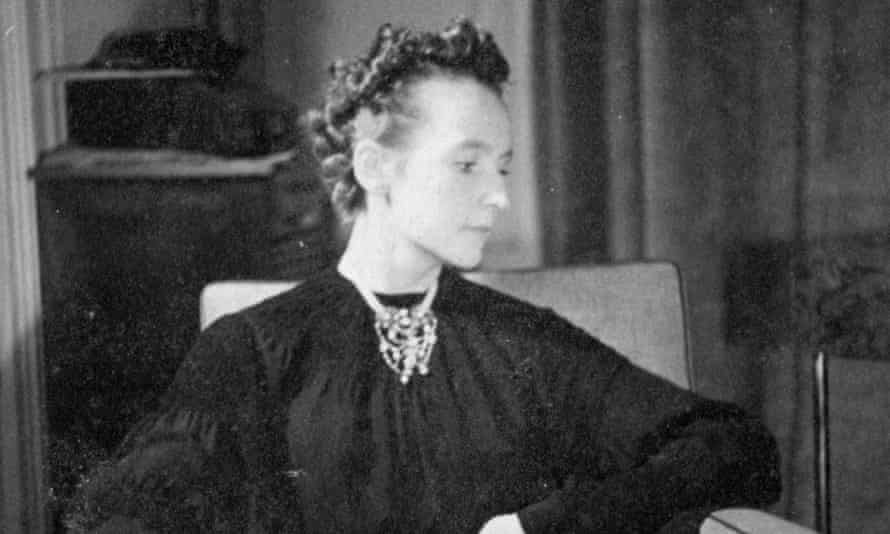 Catherine modelling for Christian in Paris. Image via The Guardian.

Ginette Catherine Dior was born to a middle-class family, the youngest of four siblings, Jacqueline, Raymond, Christian, and herself. They lived in a huge house right by the sea. She had a pampered, unremarkable childhood. But suddenly it all fell apart. Her elder brother, Bernard, was placed in a lunatic asylum, diagnosed with schizophrenia. He remained there all his life. Her other brother, Raymond, was despatched to serve in the first world war and came back suffering from shell-shock. Her mother then died of a broken heart, and her father followed that by losing the entire family fortune on a bad investment.

Catherine, Christian, their father and a faithful servant, Marthe Lefebvre, went to live in the countryside. The new house had no indoor plumbing or electricity. Later, Catherine and Christian went to Paris to seek their fortunes and lived in a hotel together. Catherine became a shop assistant and Christian taught himself fashion drawing, beginning his career as a fashion designer.

Miss Dior – A Career in the French Resistance

When she was aged 24, Catherine met the handsome Hervé de Chabonniere. He, and his wife Lucie, were involved in the French Resistance. They were part of the F2 agency, which Catherine also joined. Catherine became a courier, delivering messages on her bicycle. Catherine and Hervé became lovers. Hervé and Lucie amicably separated, partly so that Lucie could take their children and go into hiding. They were never divorced.

Charles de Gaulle, in radio broadcasts from London, where he was exiled, urged the French to resist German rule, and 1% of them actively did. However, it was very dangerous to do so. Many were discovered by the Germans, often because their neighbours denounced them.

This is what happened to Catherine after three years in the Resistance. Once captured, she was tortured, but never gave any information. From there she was sent to Ravensbrück concentration camp. The description of the torture is graphic. The information about the camp is relentless. It is compelled from other people’s experiences, though, not Catherine’s own, though it would have been extremely similar. I was tempted to skip this part of the book and I wish I had.

Christian attempted to intervene and prevent her from going to the camp, but in vain. When she was released, after nine months there and in other forced labour camps, she was unrecognisable. 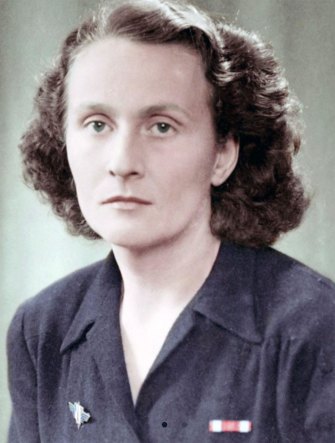 Catherine on her return from the camp. She is 27 here. Image via SMH.

Returning to freedom, Catherine went to live in the French countryside with her father and the old family servant. Along with Hervé des Charbonneries she got a licence to sell flowers in Paris, and so began to grow them and bring them to market, rising at four each day, uncomplaining despite the physical lasting effects what she’d been though.

Meanwhile, Christian continued his couture activities. Catherine was in the audience for his debut collection. She had modelled for Christian in their very early days in Paris together, but was by no means a model or muse for him now. She wasn’t interested in clothes, just dressing very practically for her gardening and market work.

In 1947, Christian was concocting his first perfume. He mused on what to call it. Just then, Catherine walked into the room. “Voila, Miss Dior!” exclaimed Mizzi, his right-hand woman. The perfume was based on notes of rose and jasmine, the sibling’s favourite flowers.

The decorations and accolades of Miss Dior

In 1952, Catherine testified against those who had tortured her before she was deported to the camp, coming face to face with them in the courtroom. She was awarded five medals of honours for her acts of resistance: the Croix de Guerre, the Combatant Volunteer Cross of the Resistance, the Combatant’s Cross, the King’s Medal for Courage in the Cause of Freedom, and was named a Chevalière of the Legion of Honour.

In 1999 she opened the Christian Dior Museum in Granville, at their former home. She died in 2008 and is buried near Christian.

Miss Dior: A Story of Courage and Couture by Justine Picardie

It’s a very well written book, appositely illustrated with photographs and illustrations in a handsome edition, clearly printed. But there were times when I wondered why I was reading it at all.