The 1930s were hard years for many, because of the Great Depression. Sorry, that’s not an especially glamorous sentence to open on. But despite the fact that their former clients had lost their wealth, in the 1930s haute couture didn’t falter – it just adapted. The great Houses of Paris started offering less expensive, yet still breathtaking clothes. Without all the tailoring and embellishments and yards of fabric needed for the elaborate clothing of maybe 20 years previously, with floor length, bustled gowns being the norm, 30s clothing was still very feminine, with ruffles and pastels, but skirts were calf length and slimmer, and blouses were airy. More fitted than most 20s clothes, it all felt a lot more recognisably modern. I think 1930s fashion is the most elegantly stylish era.

Some Names of 1930s Haute Couture

The great wit of fashion, Elsa Schiaparelli was Italian and worked in Paris. She employed a lot of her artist friends to come up with designs and concepts. The odder the better. Together with Salvador Dali she created a dress printed to look like strips were torn from it, one that followed the human skeleton with quilted “bones” (it is exceptionally contemporary-looking today), and a beautiful summer dress painted with a large lobster and worn by Wallis Simpson for her engagement photos.

Schiaparelli also worked with Meret Oppenheim, Leonor Fini, and Jean Cocteau. Sometimes they designed just the buttons. But what buttons! On a plain, sober looking black jacket would dance diving women, acrobats, eyes or poodles. To offset the fun, the actual garments were always immaculately cut and tailored. They were made from fine fabrics, and top craftspeople did the lavish beading and embroidery.

Madeline Vionnet dress in motion, photographed to look like a Greek Frieze. Image via Yolanchris.

Madeline Vionnet was a designer who exemplified the golden age. She created the slinky bias cut gowns that looked so stunning on the silver screen. Her high fashion dresses, inspired by ancient Greek friezes, both clung to the body and draped across it in an interesting way, making American actresses look like Greek nymphs. They were very popular, and instantly copied.

Well, the ones that could be worked out were. The simpler designs. Others were so mathematically precise that they were far too complex to be mass-manufactured. Some were not even easy to figure out how to wear, because the mass of slippery material and its drapery didn’t have head and armholes quite where they were expected. But once on, it all made perfect, gorgeous sense. 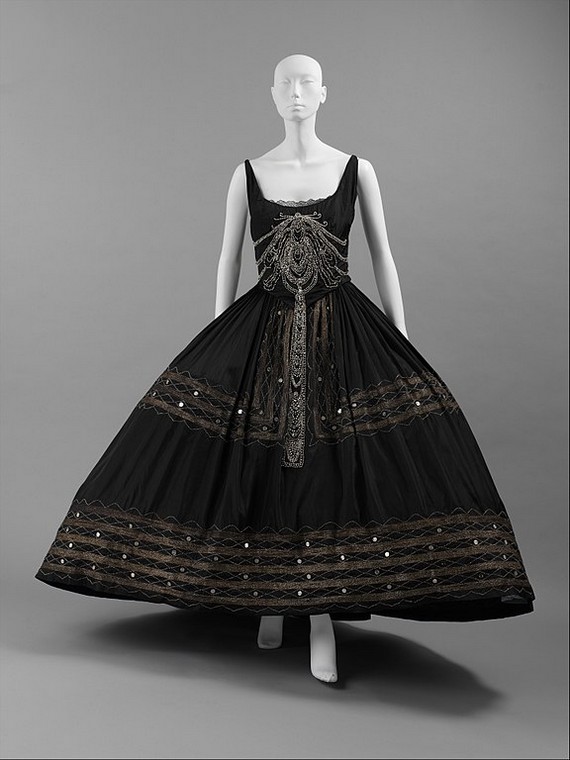 Jeanne Lanvin started out making clothes for her own daughter, as many, many mothers did then, out of necessity. Friends asked for versions for their children too. Then, they asked for matching versions for themselves. Her fashion house was launched in 1909 on exquisite, slightly old-fashioned and charming co-ordinating mother-daughter ensembles.

In the 30s Lanvin was known for a very different silhouette to most. It wasn’t smart, sexy or elegant, but intensely romantic. Her “Robe de Style” was a cut-down version of an 18th century gown, much shorter, about calf or sometimes knee length, with small panniers to make it stand out to the sides while the front profile was flat. These couture dresses were dripping in lace and artificial flowers. It’s somewhat the same idea as Vivienne Westwood’s famed “Mini-crinis” – take an idea from fashion history and radically adapt it.

Thierry Hermés was a saddle maker. He branched out as leather goods manufacturer, establishing Hermés in 1837 for luggage and horse’s accessories. By the 1930s they had innovatively started adding zips to their bags, making them easy to open. They then added a zip to a jacket which was bought by the Prince of Wales, causing an upsurge in leather jacket sales generally.

In 1937 they created and marketed their first silk scarves. These became the canvas for a wide variety of designs and artworks, and were an instantly covetable success. Whilst still expensive, they were a fraction of the price of, say, a designer silk gown. The company and its collection of silk scarves is still going. 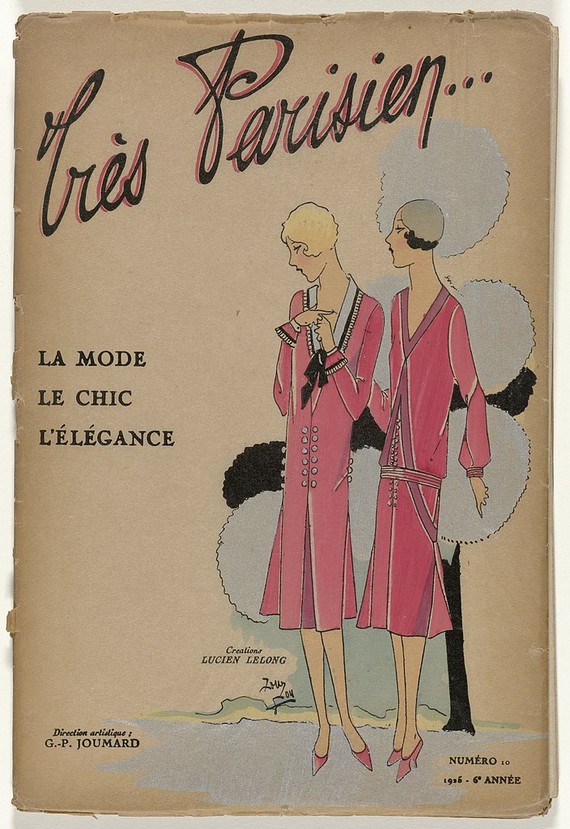 Lucien Lelong was a top name in 1930s Haute Couture . In fact, he was the top. He was the head of the La Chamber Syndicale de la Haute Couture during World War Two, and took the very contentious decision to keep working, and keep Paris fashion working, come what may. What came was the Nazi occupation, and the couturiers found themselves dressing enemy wives in their finest work. Lelong’s thoughts were that it was better that people get paid, and the industry survived. Others viewed him as a collaborator.

The industry, and Lelong’s House, did survive, at least for another few decades. Maison Lelong was opened in 1923 and closed in 1952. The 30s were his heyday. Lucian Lelong was born into a family of textile traders, and married a model, Princess Natalie Paley, who was an escaped member of the Romanov family. He never designed any of the garments himself, but had a team of designers working for him to fulfil his overall vision. This was sporty yet elegant. The clothes were beautiful, but the Princess was more beautiful yet, and a large part of Maison Lelong’s success was doubtless down to the couple’s appearance in all the right places, always immaculately dressed in Lelong. The gossip columns loved them.

1960s Haute Couture, In Fierce Competition From Ready To Wear