Three months ago fans of Vogue will have eagerly watched the BBC documentary about the glossy magazine, Absolutely Fashion. Now Vogue editor and focus of the documentary, Alexandra Shulman, releases a journal that was written as the documentary was being filmed, Inside Vogue – A Diary of my 100th Year .

In it she chronicles how she felt about the filming (mostly worry and frustration) and also primarily documents setting up the Vogue Festival, her involvement in the inside Vogue 100th anniversary exhibition at the National Gallery, her excitement over a top secret photo shoot with the Duchess of Cambridge, and her boiler breaking. Lots and lots of concerns about her boiler.

Inside Vogue – A disappointing documentary

The thing is, the Inside Vogue documentary, filmed by Richard Macer and Charlotte Rodriguez, was less Absolutely Fashion and more Absolutely Awful. Macer sets himself up as a kind of Louis Theroux character, pretending to be entirely naive about fashion magazines and asking fatuous, faux-innocent questions that are clearly designed to trip the participants up and make them look foolish.

It’s hard to imagine who he thinks the audience for for the Inside Vogue documentary would be – anyone who is interested enough in a fashion magazine to sit down and watch two one hour documentaries about it would probably like some insights into the process, and not the most obvious and banal fun poking such as asking a contributor how many pairs of jeans she owns, then raising an eyebrow at the answer.

The woman works at Vogue, of course she has a million billion pairs of jeans, that’s a given. He also lingers far too much on continually asking when people in the fashion world are ready to give up, when they know when to retire? Macer even asks stylist Lucinda Chambers directly, a question which clearly disconcerts her but which she answers with consideration and gravitas. The question is cruel as he’s clearly implying she’s past it, but he also treats younger staff members as innocent and naive.

Inside Vogue is a deeply irritating documentary that never uncovers anything of interest about the magazine or its personality, being more concerned with the hammily made-up personality of its director. Those watching out for a new September Issue, the 2009 documentary about American Vogue, will be very disappointed.

So, here’s some double disappointment – because the Inside Vogue documentary was so keen on putting Vogue editor Alexandra Shulman down and showing her in a bad light, I was all set to like her. I did like her; she seemed down to earth, and I’ve always liked her resolutely un-fashion appearance with a far less than size zero figure and decidedly normal hair, as well as clothes that more often look high street than high end.

And I was keen to read some witty, sparking insights into the fashion world from one who really knows and could set the record straight. But despite having already published two novels, it turns out that scintillating writing is not Ms Shulman’s forte; whinging is. And due to  her persistent grumbling about her very privileged life, whilst at the same time managing to make that life look as dull as dishwater, no, I didn’t like her.

For example, her life is highly pressured and she has a lot of meetings every day and decisions to make. That must be very stressful. She is also afraid of flying, which I sympathise with. However, when she’s on her way to a wonderful holiday in India and she prefaces it with “Leaving London was hell, in the way pre-holiday departures always are” it’s hard not to shrug and think ah, poor you, forced to go away to an exotic destination.

And similarly she complains that fashion shows are all about waiting: “I spend a lot of days sitting on a bench, waiting for a fifteen-minute show to begin, then sitting again, waiting for a traffic jam to ease”. Although she also calls catwalk shows a “glorious circus” in the same breath, it’s hard to escape a sense of sourness.

The Inside Vogue book contains not nearly as much glorying in the intricacies of fashion and high fashion clothes as I had hoped, nor what some people might be looking for, fashion gossip. Alexandra Shulman reserves most of her breathless awe for a photo-shoot her team has arranged with HRH the Duchess of Cambridge.

“The Nation’s Sweetheart” as she dubs her has appeared in magazines before, but not on a front cover of a prestigious fashion magazine, so it seems that she has a scoop. She is desperately worried about the whole thing, perhaps even more worried than about her boiler, and desperate to impress. In the event, the princess is smiling and gracious, and they get plenty of good shots of her. It all goes well. It is the only time that I hear the author actually gush about someone or something. 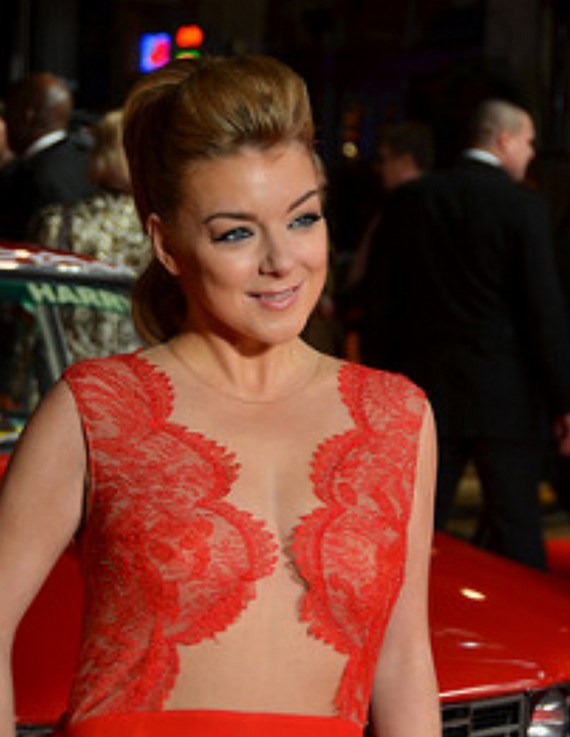 Inside Vogue – Getting down to the Nitty Gritty

So, if it’s not a gushy book, can we at least get to learn some of the nitty gritty of the fashion business inside Vogue? Not so much.

Alexandra Shulman explains that she has been recruited to provide her opinions on a cross-party enquiry into fashion and specifically the health of fashion models, and what the impact of their tiny frames has on the world at large or more specifically adolescent girls. In other words, the “Size Zero Debate”.Shulman declares that it’s not desirable or practical to weigh models like Tamworth pigs to determine their BMI, and she totally has a point.

She also admits that “the fashion industry is often blinkered when it comes to using very thin girls to model” but says that “What will be hard to explain is why, if I feel that way, I can’t wave a magic wand in my capacity as editor of Vogue and change it.

How long have they got?” I don’t know, Alexandra, but surely a cross-party enquiry has the time and space for you to explain? And if they don’t, ahem, this is YOUR book. Your platform. So explain here, you have all the space you need. Because I really want to know. But she doesn’t. Instead, she later mentions in passing that the stylist for a photo-shoot of the actor Sheridan Smith who is starring in Funny Girl has to call in vintage clothes rather than designer’s samples as these simply wouldn’t fit a real woman. It doesn’t seem to make sense. 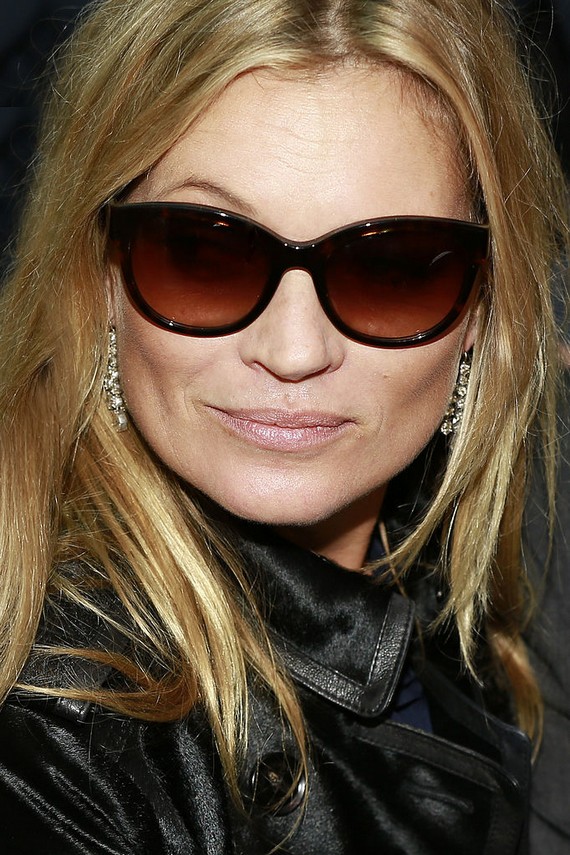 Inside Vogue – The Eternal Kate Moss

One explanation comes as some Vogue photographers suggest a fashion story to her that is slightly out of the mould – they want to use pretty boys or transgender models to model womens clothing, for which they have to hold a huge casting. “I can’t help thinking it would be so much easier to use a pretty girl we already know of.” Doubtless the pretty girls Vogue already knows of are not only cisgender but also tiny, and that’s fairly obviously why that magic wand just can’t be waved to change things – laziness. Also, familiarity – it seems that at least half the pretty girls Vogue knows of are Kate Moss, as she appears so often in Vogue and even styles a great deal of their shoots, picking a model in her own image of course.

With Shulman’s casual remark it becomes clear why it’s so hard to break into the modelling industry, even if you fit the conventional beauty standard. The photographers insist on their idea for the photoshoot, and Shulman warms to it, although at the eleventh hour they change their mind and choose “a girl who looks like a girl”, and only submit one alternative photo of a male in female clothing. Shulman is disappointed and asks for more. She reflects rather bluntly that she was disappointed as she’d “liked the idea of that curious mix of models, which would have been a good way to address the question of gender fluidity in fashion without making a big meal of it.” 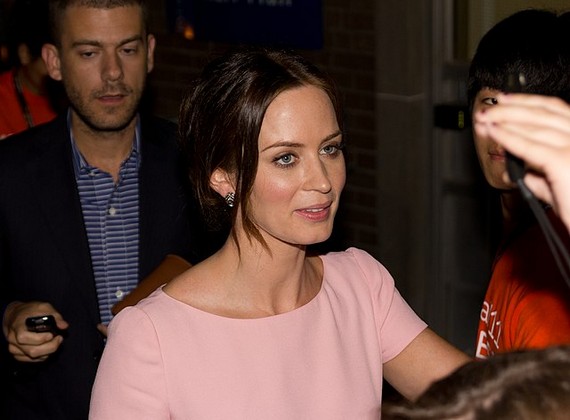 Real Women and the Real World

In fact, whilst I don’t know if the question of gender fluidity in fashion has been addressed in Vogue yet, an at least partial attempt was made to address the size issue last month (November 2016), when the magazine featured “Real women” as models. Although the (beautiful) actress Emily Blunt who was featured on the cover joked in an interview that it took hours in hair and makeup to get her looking a “real” as that.

Back to the Inside Vogue diary and Alexandra Shulman is handed a spreadsheet that shows exactly how much each staff member gets paid. she is shocked at the pitiful amount that some of her junior employees are working for and laments at how hard it must be for them. Presumably the spreadsheet doesn’t even mention the interns who work at Vogue for free. However, she doesn’t offer any answers or take any responsibility for the situation, rather like someone who sees a report of an earthquake in a distant country and comments on how terrible it is, then turns back to every day life.

In the end, ” Inside Vogue – A Diary of my 100th Year ” has some interesting glimmers but is not the fashionista’s bible that I’d hoped for.

Inside Vogue – A Diary of my 100th Year by Alexandra Shulman is available now from Figtree Publishing.

Absolutely Fashion is available from the BBC Store.