Is it possible to imagine a time before London Fashion Week? A time when London wasn’t the top destination for fashion design and people looked to Paris instead? Well, yes, because Paris is a very chic place. Up until the 1920s, though rich Londoners were certainly interested in fashion, they got all their ideas from Paris.  It took until the 20th century for British haute couture designers to emerge.

Couturiers actually started life as court dressmakers. Makes sense. Court dressmakers didn’t just make clothing for royalty but for anyone who might come into contact with them – in effect courtiers. These particularly rich people needed outfits for coronations, court presentations and any royal parties they might attend. But they also needed luxurious outfits for everyday life, and these they ordered from the court dressmaker too.

By the 1930s the term had started to sounded a little old fashioned and fussy, so they changed their business description to the French term whilst continuing to make clothing for court. Even so, not many of these dressmakers were making original creations. They were just copying Parisian ideas.

It’s not that the work wasn’t creative, though: the best made a design absolutely individual to the client by not only making it made to measure but also choosing colours, trimmings, and altering details like sleeves or collars to suit the woman it was for. Many of society’s elite also went to Paris every season, to get the goods direct. 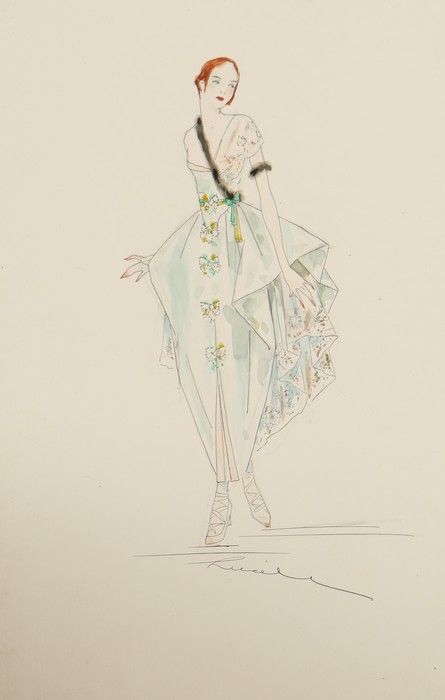 By the 1890s Mayfair was the most fashionable address for the very richest in the city, and that’s where the fashion businesses were based. Just like today, Bond Street was a top luxury fashion destination, and so were Regent Street and Oxford Street. Going to see your dressmaker was a social activity, like going to a dinner party and the salons had plenty of places to sit and chat with a cup of tea while you admired the new season’s dresses together.

If you were from out of town or too shy to subject yourself to the scrutiny of fashionable ladies at a court dressmaker, you might visit a department store, which also had a dressmaking department.

From 1916 and through to the end of the 1920s, there were two London couturiers. Lucile and Reville were the only dressmakers considered on a par with Parisian couturiers, because they created original designs. 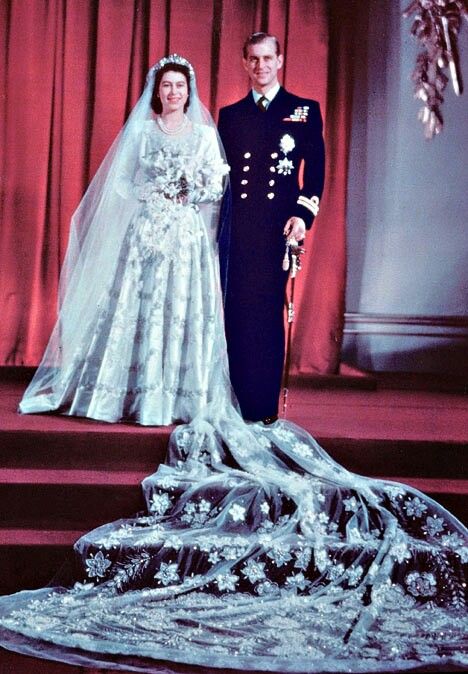 Princess Elizabeth in her wedding gown, 1947. Image via Pinterest.

But by 1930 that number was on the up. In 1935 The Fashion Group of Great Britain was founded. Its members were from all sides of the fashion world, not just designers: fashion writers, PRs, advertising executives, buyers, illustators and photographers were all welcome, as well as luminaries like Digby Morton and Norman Hartnell.

Their aim was to make London the place to go to for fashion and in so doing raise Britain’s standards of style. It sponsored group catwalk shows, some televised, and also got its members featured on TV shows in 1937 and 38 – cutting edge when you realise that the BBC only began broadcasting in 1936. It also organised exhibitions.

On the outbreak of war, it was decided to suspend the Fashion Group, but by 1941 it had been decided that fashion was just too important and the Incorporated Society of London Fashion Designers was formed. They did a lot of the activities of the Fashion group before them, but in addition actively promoted British fashion abroad.

Rationing affected couture, but it didn’t stop it. In 1947 Princess Elizabeth was married in a silk dress decorated with crystals and seed pearls, and a four-meter-long train. The designer was Norman Hartnell, the official court designer.

By 1953, British couture was at its peak. The number of couturiers had leaped to about 500 and there were between about 2,500 and 5,000 couture clients for London houses. Each house produced between 60-200 different designs per year.

The definition of a couturier changed too, from a place where “the woman of taste collaborated with the couturier, and made of the world of fashion a delightful melange of professional skill and private sensibility” to “a firm where the designer imposes his own ideas and does not work to the requirements of individual customers.”

It was not unusual, though very embarrassing, to be at a special event and find someone else in the same gown as you. However, creations still fit the client like a glove and took a long time to filter down to the high street.

But at the same time, the incomes of the post war landed gentry were being eroded. It was around this time that couturiers also introduced a semi couture service, with only one or two fittings required, and also some ready to wear models. There were fewer opportunities to wear a ball gown, and many clients came in asking for just one special dress to serve all kinds of occasions, including theatre visits, dinner parties, and garden parties for which normally different types of dresses would be worn.

By 1967 British couture seemed irrelevant. Mass manufacturing of fashion improved so much that couture creations were easily copied and a high street suit or dress looked to a casual viewer just the same as a tailor made one. Couture looked old fashioned and fussy, and for the most part was used by only a very few clients to make very grand, exceptional ballgowns. 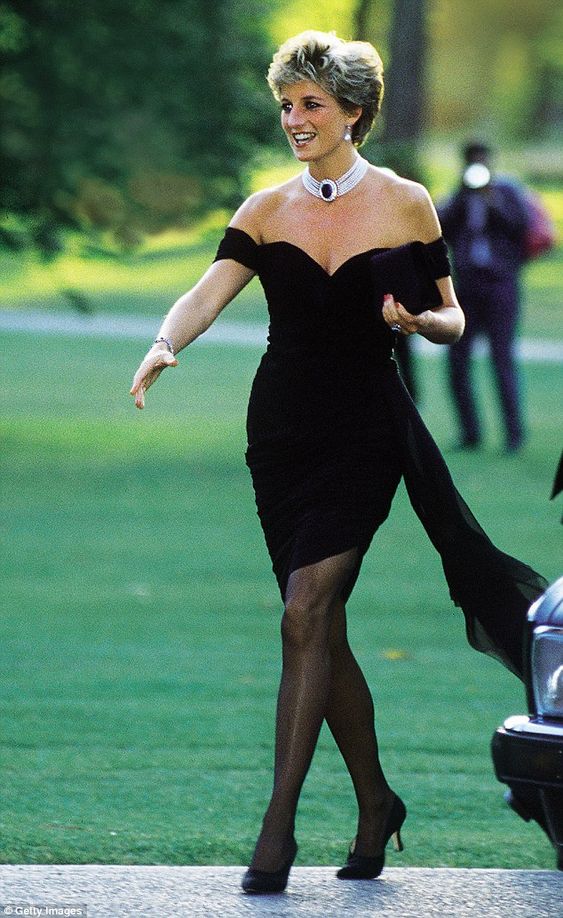 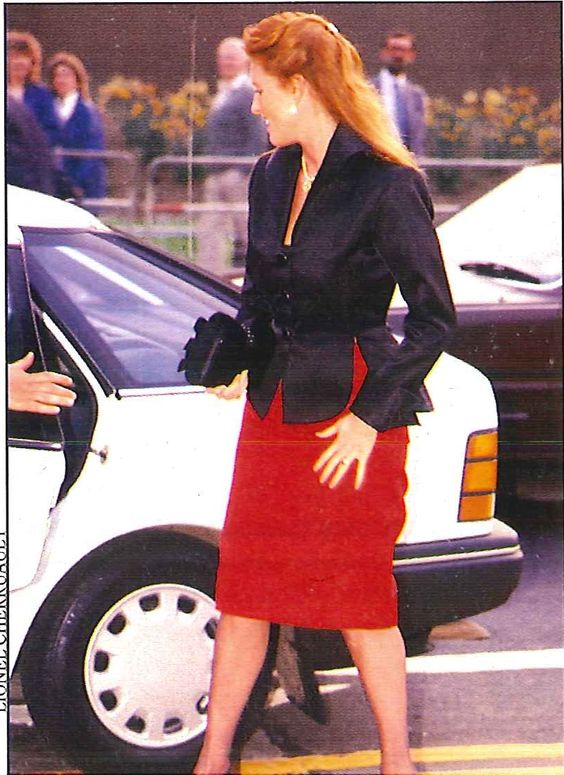 In 1975, the Incorporated Society of London Fashion Designers was down to only four members who had stayed in business  – Norman Hartnell, Hardy Amies, Lachasse and Raemonde and Dora Rhavis. It was dissolved. That moment marked the formal death of British couture. There were more than four couture houses in London, but they were more than struggling. Ready-to-wear was far more cool.

But even without recognition and governmental support, those London couture houses stayed on, quietly dressing society brides and royalty. The Queen still dressed in  Hardy Amies, Camilla Shand (now the Duchess of Cornwall) liked Belville Sassoon, and Princess Diana commissioned David and Elizabeth Emmanuel for her wedding dress.

It was Diana who began to raise the profile of couture back up, having fun with fashion and patronising British designers. She got the Duchess of York, Sarah Fergusson, into it too. Vogue Magazine began to trumpet young designers, and the economic boom of the 1980s ensured that conspicuous consumption and the taste for showy luxury did the rest.

In 1983 the British Fashion Council was formed. It promoted London as a city to contend with, fashion wise, but concentrated on ready to wear.

By the 1990s, the recession had put paid to what now seemed like tasteless excess. In 1996, Princess Diana divorced and as a sign of her indepdence mostly dropped British designers, wearing Dior and Versace instead. In addition, London rents in the traditional areas like Mayfair were skyrocketing and skilled workers in the trade were becoming scarce.

John Galliano, Alexander McQueen, and Vivienne Westwood to some extent saved the industry. Ironically, the fact that both Galliano and McQueen were stolen away by Paris, to work as creative designers for Dior and Givenchy respectively, gave a boost to their London ateliers. London is still a hotbed of creativity, but designers mostly survive on ready to wear and licensing deals. The domain of Couture has reverted to Paris – but Fashion will always be at London’s heart.