Bea Miller was the editor of Vogue for over twenty years, from 1964 – 1985. Her Vogue was full of those glamorous 60s and 70s models and photographers, like Jean Shrimpton and David Bailey, and rockstars and actors like Mick Jagger and Michael Caine. But she had a massive reverence for the aristocracy (her secretary was Sarah Spencer, Lady Diana Spencer’s sister), and so it was high glamour mixed with royal frump. By her own admission, Miss Miller was not creative, artistic or passionate about fashion, but had a strong journalistic background and was an excellent editor and leader.

She had also been the editor of Queen magazine, working her way up to those positions via being a secretary, copywriter, and features writer. As Vogue Editor in Chief, in 1966, she put the first black woman, Donyale Luna, on the cover of the magazine.

Bea Miller had also worked on the Nuremberg Trials. When she retired, she became part of a government think tank on British fashion and a Royal College of Art council member. She was awarded a CBE (Commander of the Order of the British Empire) in 1985.

Bea Miller – Ambitions to be a concert pianist

Beatrice Miller was born on 29th June 1923 in Sussex. Her father, Robert, a doctor, and her mother, Annie, a nurse, met on the Western Front during the First World War. She had one older sister, and they were both educated at home by tutors.

When Bea Miller was 17, during the Second World War, she was evacuated to Canada to live with an aunt and uncle while her sister stayed at home and volunteered for the WAAF, much to Miller’s annoyance. When the war was over, she travelled to New York and worked as a secretary for a while. Then she went to Paris and studied at the Sorbonne for six months. While she was there, she worked with M16 on the Nuremberg Trials, which she talked about very little. She had hoped to become “the first woman ambassador” or a concert pianist – she spent her year in Canada exclusively practicing piano – but her hands were too small. 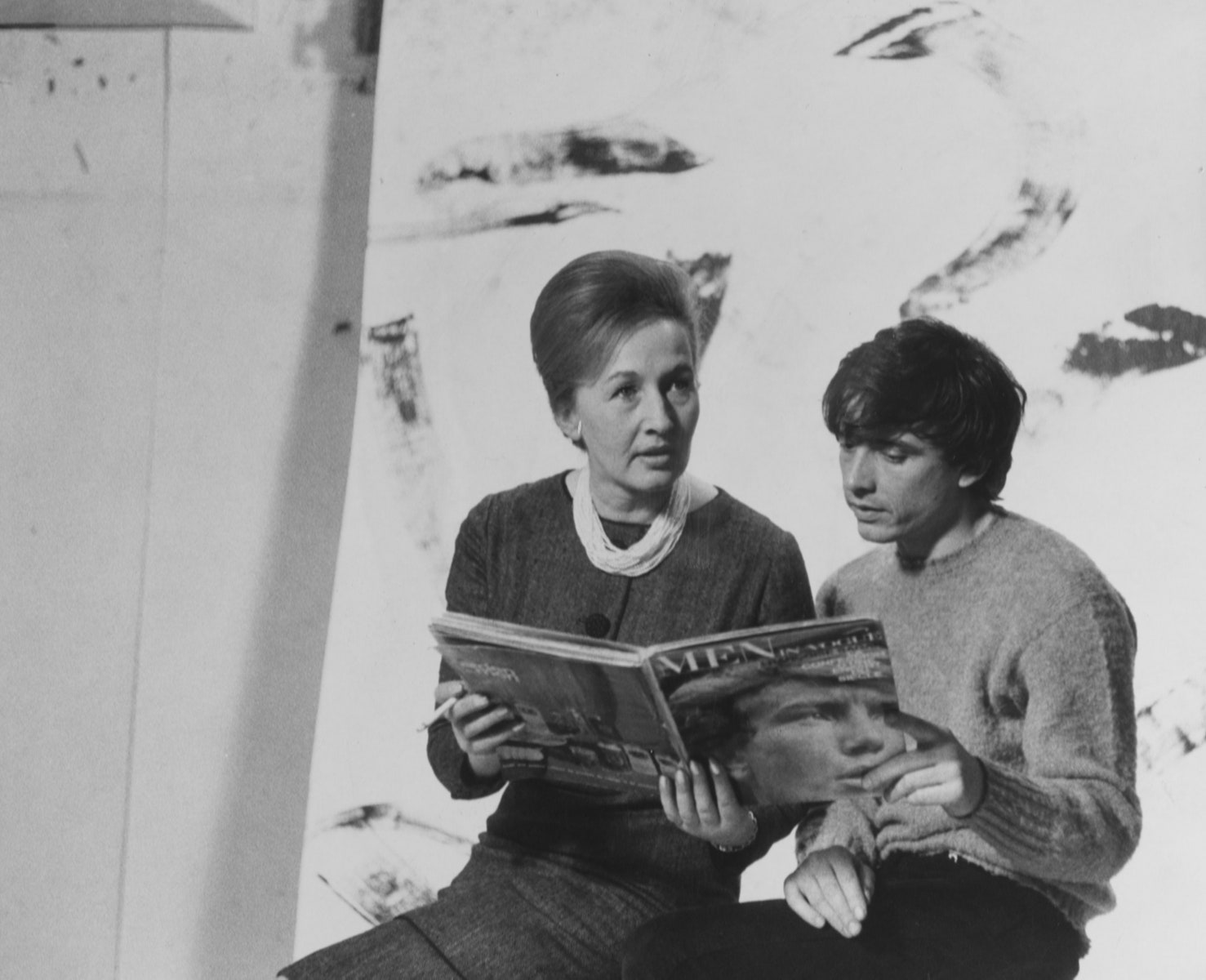 In 1956 she went back to New York, this time as a copywriter for British Vogue. She had a reputation for excellent captions. In 1958, she was chosen to become the editor for Queen magazine back in the UK. The directors wanted to make it far more youthful. Miller invented a character called Caroline, who was their ideal reader: a 16-year-old who’d left school without taking in much education, she was the “kind of girl you finished up in bed with”.

In 1964 Miller went to Vogue to replace Ailsa Garland, who had recently explosively left. There, the target reader was quite different, but the directors hoped that she could add some of the youthful sense of fun she was known for to the stiff title. She didn’t have in-depth fashion knowledge, and so she employed and encouraged young talent who did. They included Marit Allen, Grace Coddington and Liz Tiberis, who was to succeed her as editor. Lord Snowdon, David Bailey, Brian Duffy, Terence Donovan, and Helmut Newton, among others, were her photographers.

She enjoyed picking up on what was new and interesting and loved the business’s funny and eccentric sides. But at the same time, she didn’t want a dumbed-down magazine. “You must write for the most intelligent person you know,” she said. She encouraged photographers and fashion editors to create dynamic fashion stories. But while she was very excited about the ideas they proposed and gave them every licence to go out and do them, she was often a touch sad about the finished product, which usually fell just a little bit short of what she had pictured.

Bea Miller herself was a great writer and reviewed dance in the magazine. Miller was also a stickler for accuracy, and proofreading was crucial to her. The titles and subheadings were just as important as the main copy, too. When she thought that the magazine was getting stagnant, she switched people around into completely different jobs, working with different people.

Her personal fashion style wasn’t strong, and she wasn’t really bothered by that. But she always had a glossy blood-red manicure when she ran her finger down a journalist’s story, emphasising what she did and did not like. She was always neat, with blond backcombed and lacquered hair, a sensible pleated skirt and block heels. She was tall, confident, handsome and imposing, like a very intelligent and interested headmistress. But she was also quite shy and rarely spoke of herself and her personal life, though she gave great parties. Perhaps this is why the autobiography she often started and re-started after retirement was doomed to failure.

She never mentioned any partner either – not to say that she didn’t have one; she just never spoke of the matter. But she did talk about her many nieces and nephews, whom she loved. Bea Miller also loved cars and had a large white Jaguar called Arctic, which she drove very fast.

And a Cottage Called Pig

By the 80s, the Swinging 60s were long gone. Rather than eccentricity and creativity, London was all about consumerism and labels. Vogue became an industry bible.

Beatrice Miller retired in 1984 to her cottage in Wiltshire, which she called Pig. She then took a passionate interest in gardening, wildlife, and her meadow. But she stayed active in the fashion industry, setting up a think tank between it and the British government, along with Terence Conran and Jean Muir. She was also on the board for the Royal College of Art. She died on 21 February 2014.