Elizabeth “Betty” Penrose was British Vogue’s interim editor just before the war, though she was actually there for four years, from 1934 to 1939. She had been sent over from American Vogue to once again try to sort out the little British edition. She left Britain during the phoney war in 1939, when she wanted to make one last brief visit to her family in America. Overnight it became just too dangerous for her to return, and so, abruptly, ended her tenure at Brogue. However, it wasn’t the end of her career by a long shot. She went on to edit Glamour Magazine and the New York Times, where she transformed the coverage of subjects like fashion, home and family, hired many more women to important posts, and also engaged men to write about subjects like cooking, which until then had been thought of as purely a women’s interest.

As a Vogue editor in chief, Betty Penrose missed the key war years, but she did make the magazine into a steadfast publication that was ready to withstand it.

Elizabeth Webb Penrose was born on April 1, 1900, while her family was on holiday in Wyoming, USA. Soon, her mother, Julia Corcoran and father, James Norman Penrose, returned to Philadelphia, where they lived. She was educated at Mount St. Joseph and Chestnut Hill College in Philadelphia.

In 1924, at the age of 24, Penrose moved to New York. There, she got a job in the publicity department of the publishing company E. P. Dutton & Co. She then moved to James McCreery & Co., where she worked until 1931.

That year, she joined American Vogue. She became an editor in the Trade Section, now called the merchandising department. Penrose seemed to have caught the eye of the publisher Condé Nast, in perhaps more ways than one. It was rumoured that she was his mistress. In any case, he held her talents in such high esteem that a couple of years later he asked her to go to Britain to be the managing editor of British Vogue. She was also report back to him on what was happening by shadowing the editor and looking into the office activities.

Arriving in 1934, she was not as hands-on in the role as the staff would liked her to be. This was because of the time she spent in observing the other staff. By 1935 the current editor, Alison Settle, had been fired on Penrose’s advice and Betty Penrose was officially promoted to editor.

“She did an outstanding job,” according to the artistic director of American Vogue, Alexander Lieberman. “She was always immensely sensitive to the creative effort, extraordinarily generous toward talent and other people’s creativity.” She also worked extremely hard, working very late nights alongside her staff as they came up to the publishing deadline. Later on, though, journalists who worked for her remember her picking on staff during editorial meetings, so she could be a bully, too.

Turns the Magazine Around 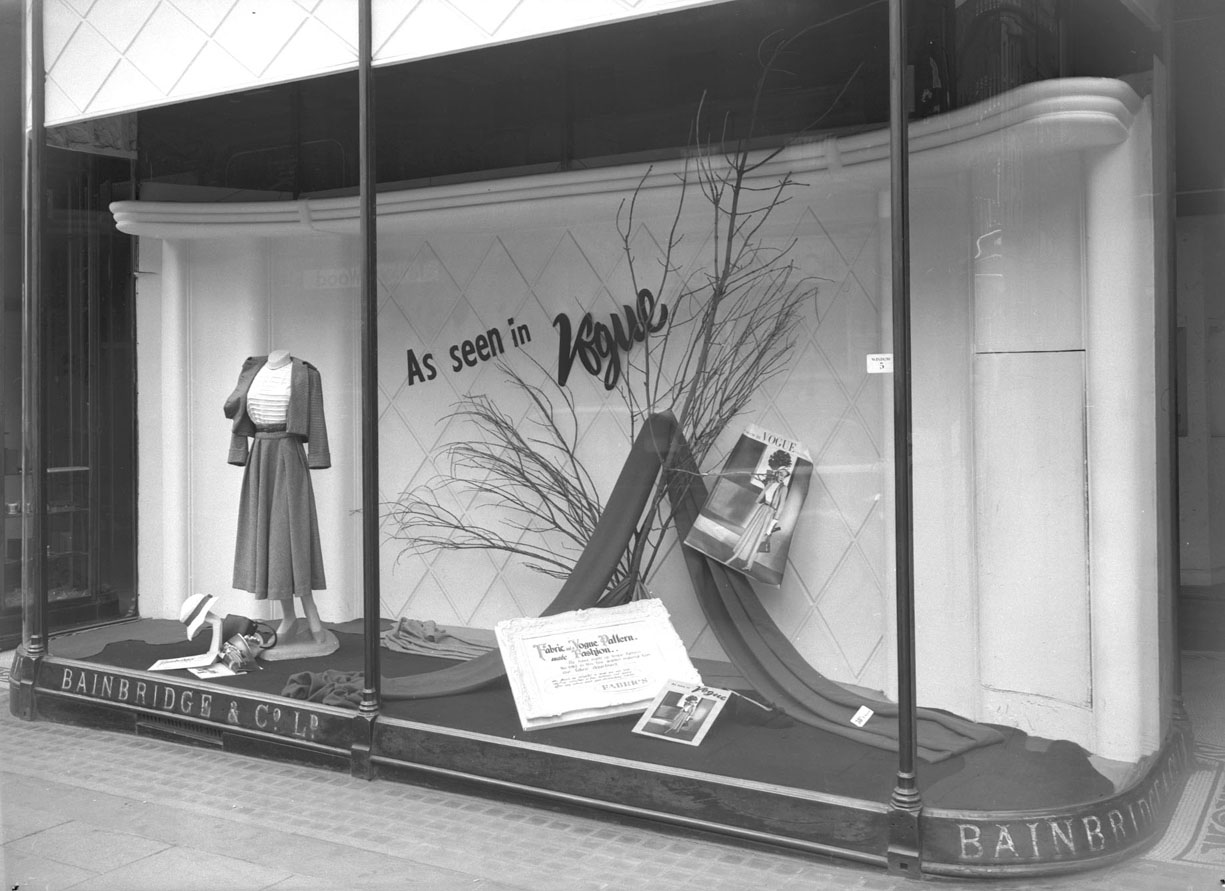 By the second year of her stint, in 1937, Condé Nast was pleased with the way things were going. “British Vogue now looks like a periodical that comes from the same organization that produces American Vogue.

Particularly during the past year there has been a very definite improvement in the aesthetic standard of British Vogue, and with qualification, during your Editorship, there have been achieved a well-organised office, a good system and a high standard of efficiency,” he wrote in praise to Penrose.

Penrose also organised for her right-hand woman, Audrey Withers, to visit both the Paris and the New York offices to get a good idea of the French and American Vogue’s way of doing things. It was important that British Vogue was not an insular and eccentric fashion magazine in sway to its individual editor’s opinions and interests, but with a broad international outlook.

The War ends her Tenure

In Spring 1940, Betty Penrose went on holiday to Italy and from there sailed to the USA. She wanted to visit her elderly mother and her brother, who was ill. Penrose knew might be her last chance to see them for a while. She also wanted the chance to discuss her pay face to face with Condé Nast and Edna Woolman Chase. Her return ticket was booked for June.

But by June 1940, when she was due to return, things had changed greatly on the war front. A series of telegrams came from Vogue manager Harry Yoxall, panicking.

Conde Nast and Vogue Editor in Chief Edna Woolman Chase replied to say that they would let her return at the end of the month, or maybe mid July – but by then it was impossible. Betty Penrose stayed in America.

Keeps in Touch With Britain

During the worst bombing, in September 1940, many of the key Vogue staff stayed in London to work from the office. When that was impossible, they continued from air-raid shelters. Condé Nast sent them a week’s extra wages in appreciation, accompanied by a letter of thanks from Betty Penrose. It is more than likely that it was her idea. The American office also sent every member of Vogue staff a care package once a month, which included tinned butter, tinned meat and stockings for women.

Betty stayed in touch with the Vogue office throughout the war, occasionally requesting photos such as pictures of the British aristocracy.

After the war, Betty Penrose longed to return to London and take up the mantle as editor again. However, Audrey Withers had been doing such a good job there was no reason at all to unseat her.

Editor in Chief of Glamour Magazine

Instead, Condé Nast put her in the post of editor-in-chief at Glamour Magazine, from 1941 – 1954. Under her eye it grew from one of Nast’s pet projects. By the end, it was one of the biggest US women’s magazines. In 1947, she was elected to the board of Condé Nast Publications.

After that, in 1955, she moved to to New York Times. She was head of the “women’s” section – known as the four F’s – fashion, food, furnishings and family. She improved the layout and the standard of photos and artwork. As well as this, some very interesting and even hard hitting  stories began to appear on what had previously been quite bland, safe sections.

Betty Penrose was small, blonde and with large hazel eyes. Because of her spell in the UK, short though it was, some people thought she was British due to her accent. She enjoyed entertaining in her small Manhattan apartment.

Her first marriage was to a man called Lloyd B Averill. Her second was in 1952, to a retired British Army Officer and financial consultant named Colonel Walter Ashby Howkins.

This article is one of a series on Vogue editors through the years. Find the timeline here.