They say a picture paints a thousand words.  For me, a picture plus a thousand words is even better. That’s why fashion magazines were created.A beautiful fashion illustration can show you many things about an outfit, about the era it was drawn in and how the designer might have dreamed it would be worn and who by. It talks about the ideal of female beauty and may, or may not, also explain how many buttons a skirt has and just how long it is.

Like fashion photography today, the intent was not often to catalogue a garment but to set a scene.

Fashion illustration has been around a long time, arguably from when travellers would send back drawings of the local modes of dress for the entertainment of those back home. From the 16th century global exploration and discovery became hugely popular and the new printing press made it possible to copy these pictures and disseminate them more widely.

Collections of woodcuts, engravings and etchings began to appear from 1520, and the first regular journals were published in France and England from the 1670s onwards. The primary readership for these first fashion magazines were women, and these detailed accounts of outfits included men’s clothing too.

By the 19th century, printing had become much cheaper and magazines proliferated for the general readership. Alongside the fashion plates were detailed instructions for the dressmaker, and by the end the 19th century paper patterns for fashions pictured were available by post from the publisher for the home dressmaker too. French magazines were prized, but there were hundreds of English magazines too.

Isabella Beeton, who would go on to become the famous author of Mrs Beeton’s Book of Household Management, started out as a writer on the Englishwomen’s Domestic Magazine. She covered fashions (she covered everything, since her husband was the publisher) and describes a trip to Paris in 1860 to see the publisher of a French magazine, Le Moniteur de la Mode.

He agreed to sell and arranged to send her Le Moniteur’s fashion plates and patterns when they had finished with them. It was part of a plan to make the EDM far more luxurious and upscale. The inclusion of designs directly from Paris was an expensive gamble.

Beeton made several visits to the publisher, Monsieur Goubaud. She also went to see the engraver and the studio where she “saw the girls colouring the various fashion plates”.

The illustrations themselves were by Jules David, and were accompanied by a rather dense text by Beeton describing the garment. “One of the prettiest [dresses] we have seen, intended for the spring season, had nine narrow flounces scarcely exceeding a nail in width. Just over the highest flounce, a row of buttons begins and runs up to the to top. The body is plain and the waist short…” The strategy worked: The Englishwoman’s Domestic Magazine became very popular and those fashion plates are now collector’s items.

The job of fashion illustrators was about equally split between men and women. But although the role was in great demand and well paid, it wasn’t held in high esteem. Perhaps because fashion itself was thought of as frivolous, fashion illustration, like commercial illustration was a bit of an embarrassing job. Indeed, many artists did both.

The most respected artists working in England in the 1920s to the 1950s were either French or had been celebrated as an artist on the Parisian or New York scene. Fashion illustrators like the American Carl Erickson, who signed himself Eric, and the French Le Comte René Bouché had the right pedigree. The highly popular Douglas Pollard was English, but had made his name in New York.

In 1931, Muriel Pemberton, an artist, started a course in fashion drawing at St Martin’s School of Art. These classes were the foundation of the now extremely famous fashion department at what is now Central St Martins. Fashion drawing could, however, refer to drawing for fashion design as well as illustration for magazines. Fashion houses employed an artist to keep a record of their designs.

Perhaps surprisingly, many of the designers could not draw, or their initial working sketches were too “sketchy” to be kept. Instead, the garments were painted by professional artists after they were made. Books of these drawings were sent to prospective clients with little clippings of the proposed fabrics attached. These drawings were elegant but very clear about practical details.

In 1937, the Reimann School was established in London. Relocating from Berlin to escape Nazi persecution, it was Britain’s first commercial art school. It offered a serious fashion drawing course which stressed the discipline as a career. It closed after only two years and its premises were destroyed by bombing in 1937.

Fashion Photography – the end of an era 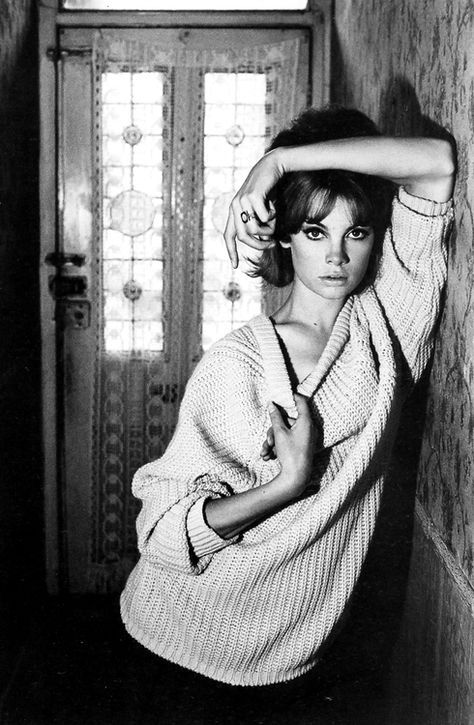 Fashion photography had existed alongside fashion illustration since the very early 20th century. However it was viewed generally as a mechanical way of recording facts about an outfit, not as an artistic tool.

Fashion illustration was a means to picture aspirational figures in glamorous surroundings. Exceptions existed – Edward Steichen’s fluid and beautiful photos of Paul Poiret’s work, created in 1911, is considered the first fashion photo shoot.  However, when Cecil Beaton and Norman Parkinson took up cameras, a new playful and experimental attitude started to emerge. By the 1950s, illustration and photography were used about equally in magazines.

But in the 1960s, a new kind of photographer emerged. Raffish, laddish, and insistent that their work was the best and most exciting thing to hit fashion magazines, they included the “Terrible Trio”, Brian Duffy, Terence Donovan and David Bailey. They captured the imagination of editors and advertisers, and illustration began to seem old fashioned. It quickly became eclipsed and fashion illustration is now just a charming rarity.

Kimono History – Kimono Timeline – How to wear a kimono – Blue17